ANITA RANI’S world has been turned upside down after ­welcoming an adorable new member to the family – eight-week-old Bedlington whippet puppy Rafi.

“My husband wanted something that was going to bound to the door and love him unconditionally — and that wasn’t going to be me,” says the Countryfile host. 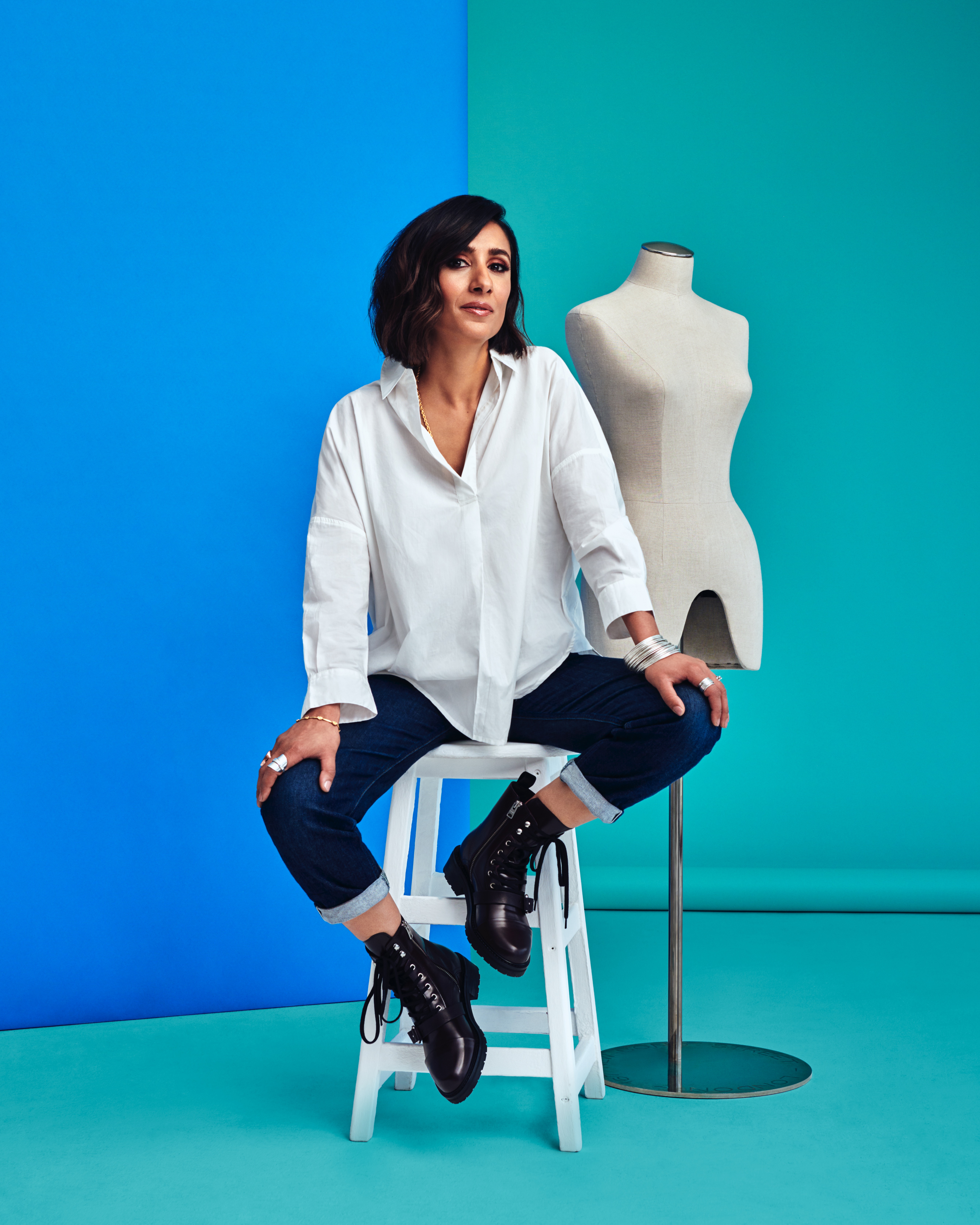 “We are madly in love with her, though we’re still ­figuring out sleep routines. The first night was a disaster, we ended up sleeping in the kitchen with her.”

In January, Anita ­promised herself that 2020 was going to be her year to be ­kinder to herself.

She wrote movingly and with searing honesty about the difficult time she and husband Bhupi, a tech executive, had since she suffered a miscarriage at the end of 2018.

“I’ve essentially lived like a rock,” she wrote in the article. “It took me a long time (an entire year) to recognise and accept my sadness.” 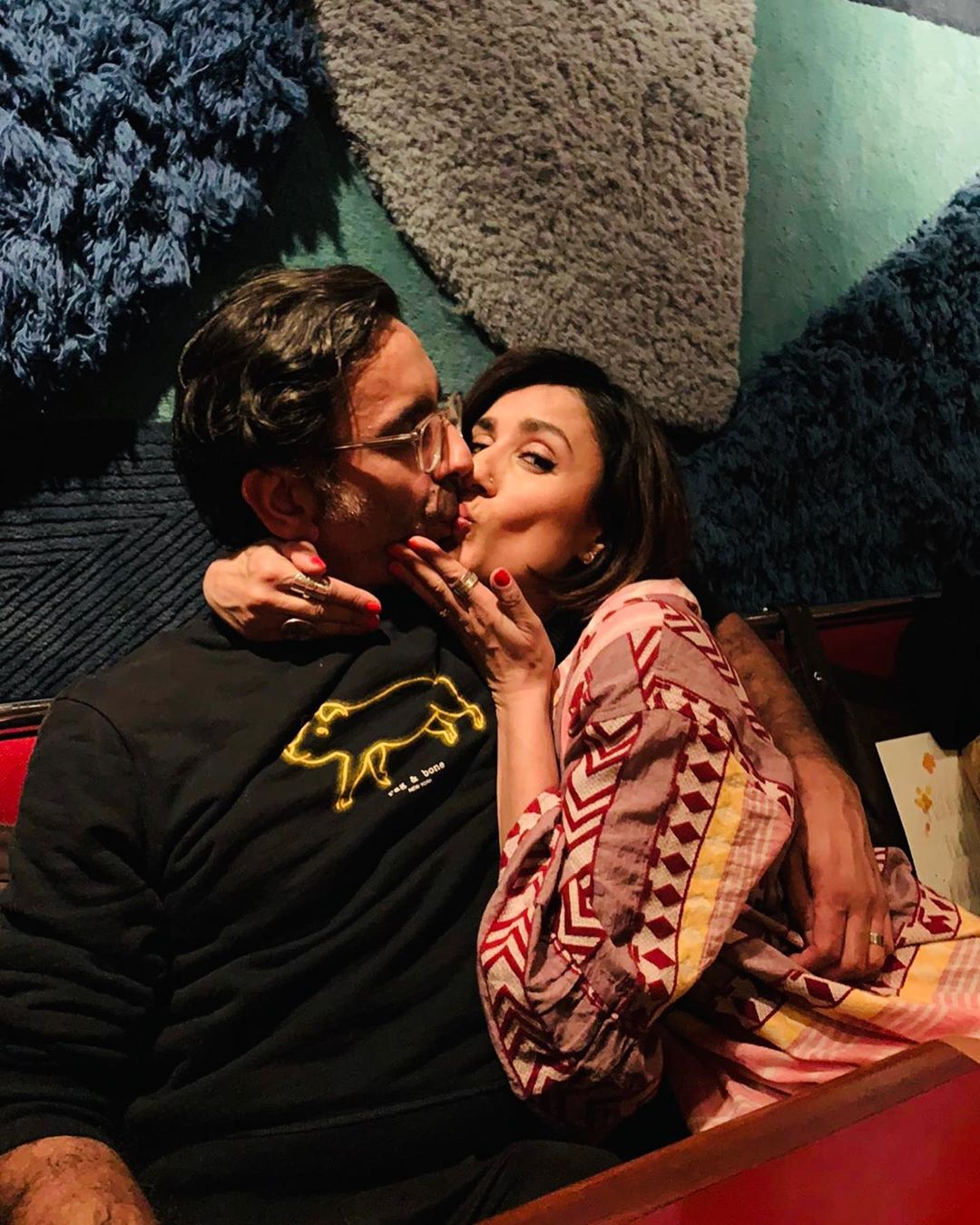 While Anita, 42, is normally very private, she felt motivated to share her story as miscarriage still feels like a taboo subject for women, with so many suffering in silence.

Now, nine months on, she reflects on how it felt to open up like that.

She says: “It’s difficult to talk about, because it’s bereavement.

“It’s a loss, and that will never change. But it’s too exhausting not living truthfully and I also thought it was too important not to use my voice. 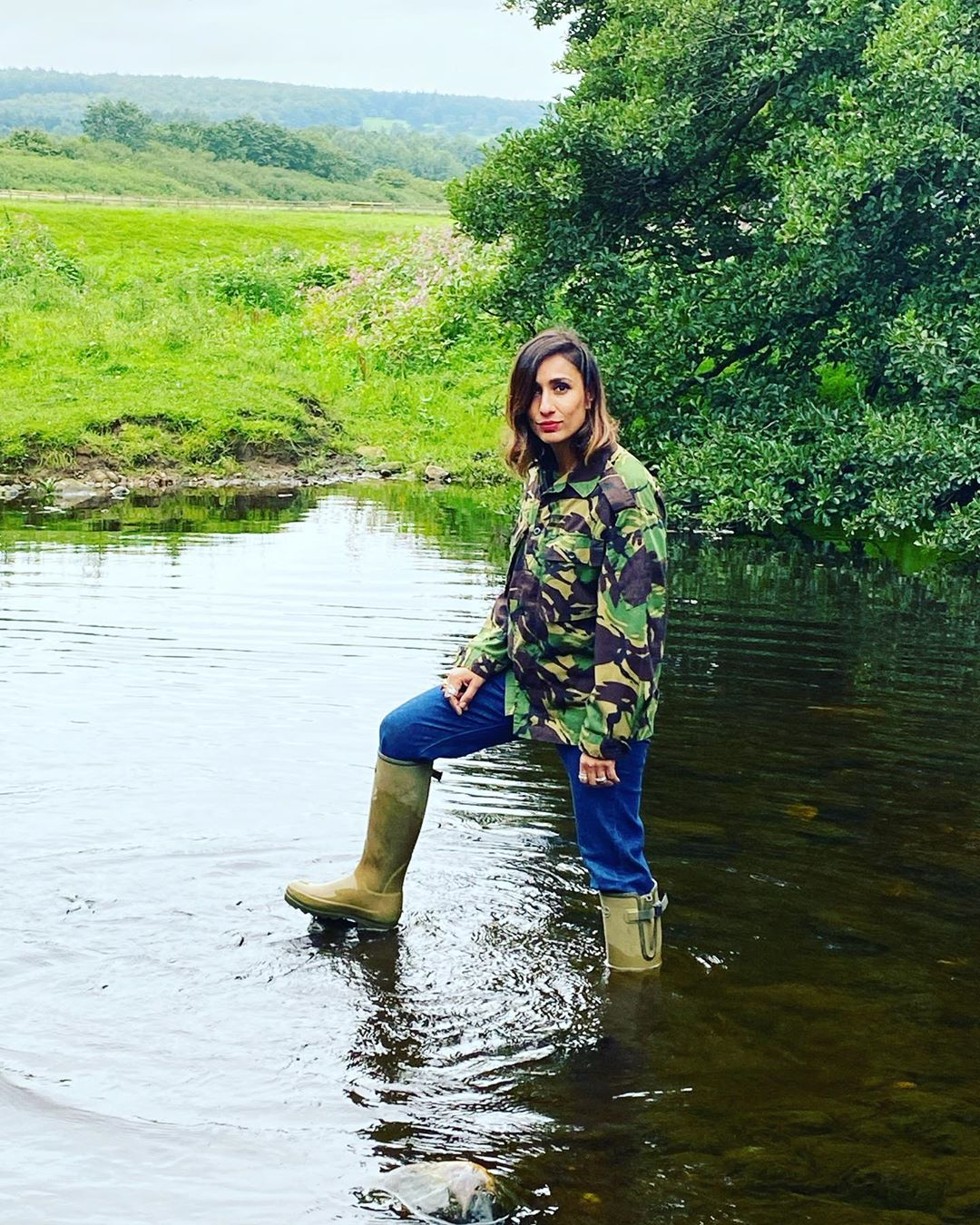 “Nobody talks about it, yet so many women have gone through it.

"Lots of women and men have reached out to me since and spoken about what they went through.

“The response was amazing and I think that is the biggest thing about sharing your ­experiences.

"I just used my voice and it helped me as well as ­others and it was worth it.” 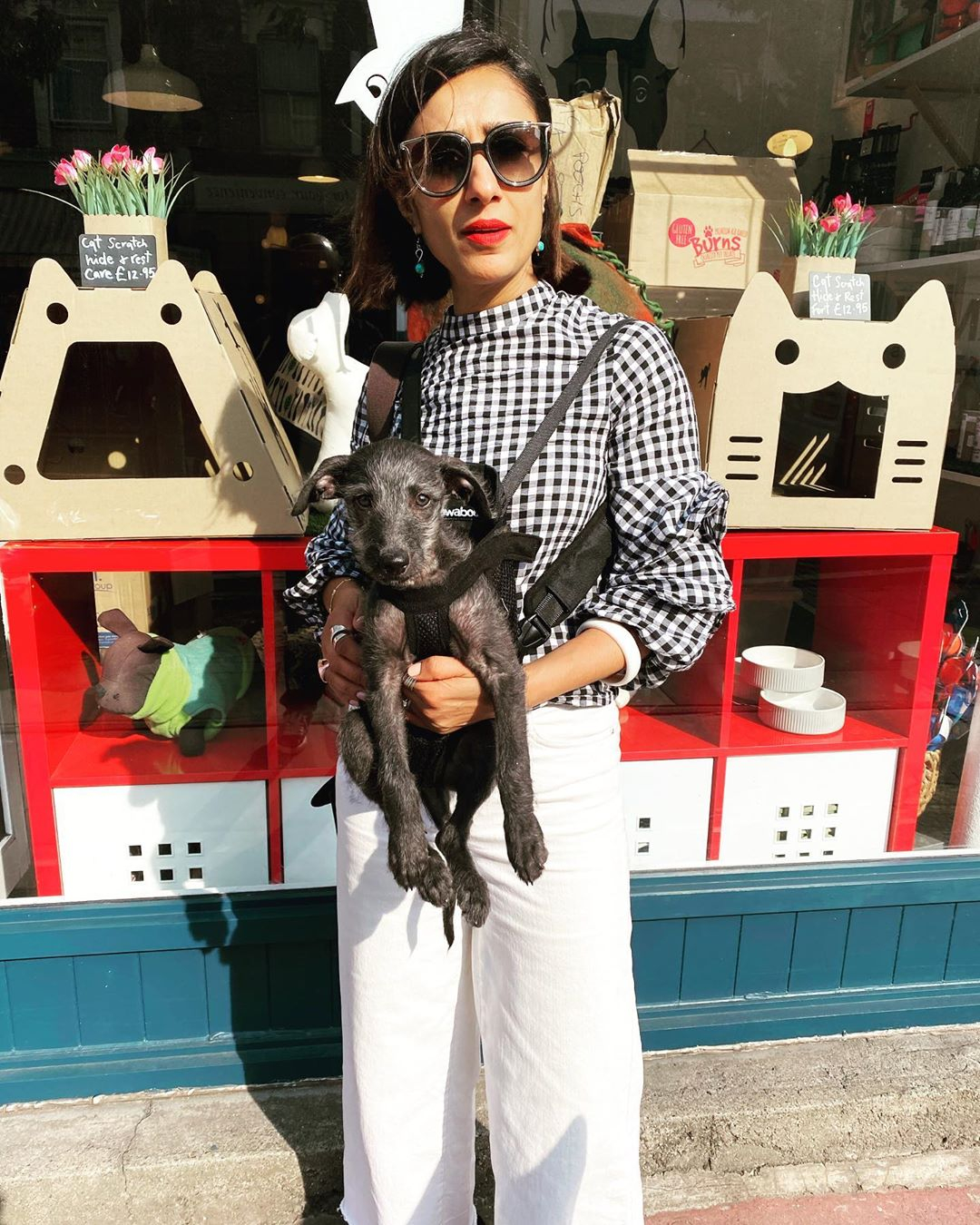 Earlier this month Nicola ­Sturgeon also tweeted about her 2011 miscarriage, writing that “the pain never leaves you” and adding: “We don’t talk about all this enough.”

Lorraine Kelly shared the Scottish First ­Minister’s post, saying: “It affects far too many of us.”

Anita says there is immense pressure on women to carry on and hold everything together, even through a trauma, and this prevents them from speaking up.

She says: “I think it goes back to times in villages living rural lives, where women had to look after the children and provide food and work in the fields and do everything. Where is the time for a woman to grieve? 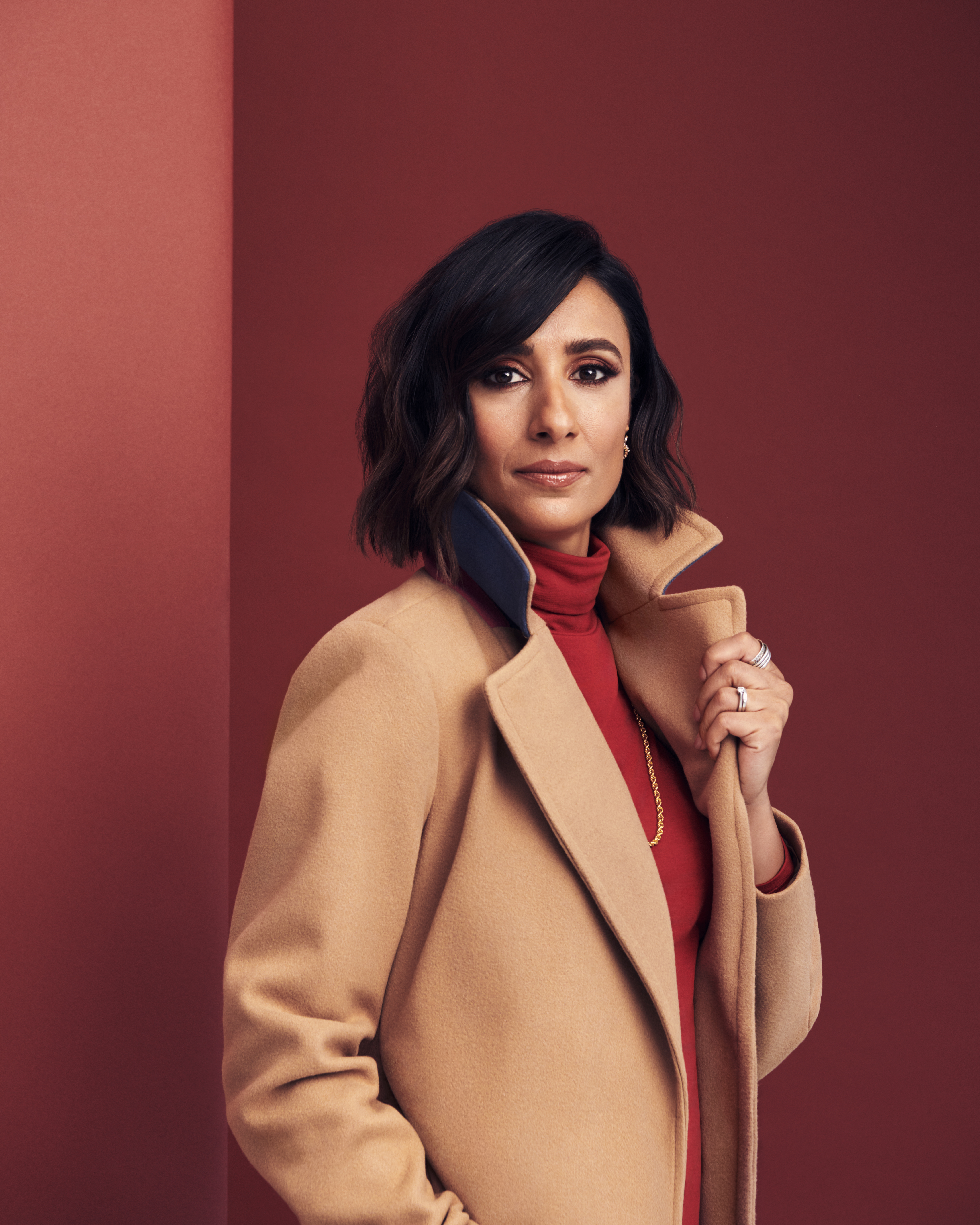 “If men went through it, would it be different? Yes, probably.

“As women we just suck a lot of things up. We are amazing and we can do all those things.

"We have incredible resilience, and having travelled the world making documentaries about people, it’s the women who blow me away every single time.

“They are doing everything and being bad-asses. But that doesn’t mean we can’t share pain as well. 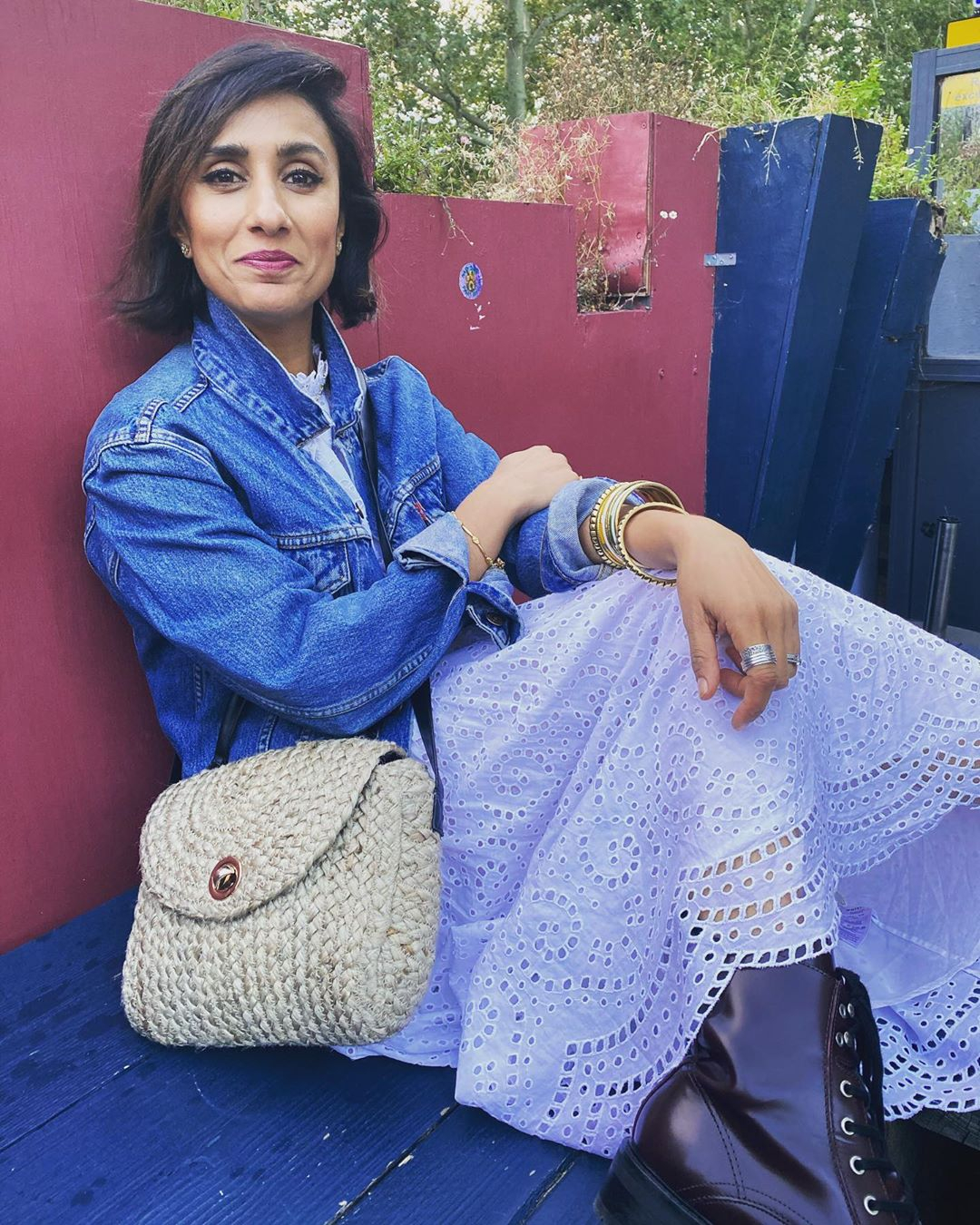 “We need to find the space to be able to do that.

“Lockdown has given me space to be more thoughtful. I will look back at this year as hopefully a moment of rebirth.”

“It has been horrendous in so many ways, but people have really thought about what is important, and after watching the horror of George Floyd in America, there is almost an urgency now.

“It’s affected me hugely. As an Asian woman, I have my own world which I live in.

“I’m impacted by the fact that I am a woman, brown and northern, and all these things have made my life what it is — and mean I haven’t had it easy.

“I certainly haven’t had it as bad as others but I think people need to understand privilege and accept that there is a right side to this and a wrong side.

“I choose to be on the right side.”

Anita has said in the past that the colour of her skin meant she had to work harder to succeed.

She says: “When I said that in an interview it became this big headline and I was really fearful, thinking people would think I was moaning or had this big chip on my shoulder.

"I was nervous about talking about my race.

“But it’s the truth — I have 100 per cent had to work harder. I’ve always known that in my heart, but I’m somebody that just gets on with things. 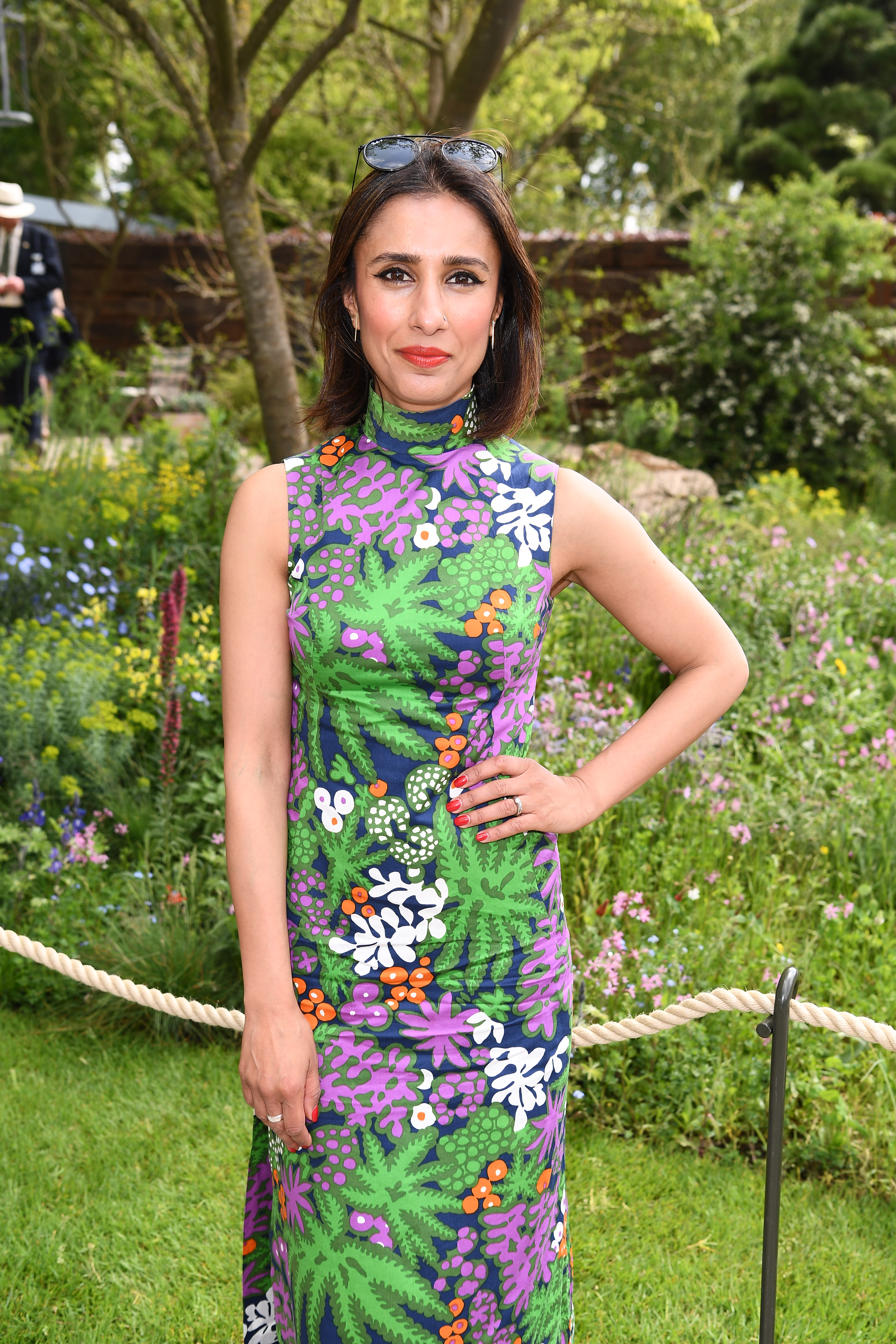 “I’ve always said, ‘Just focus on the job you’ve got’.

"But now? Now I’m questioning the jobs I didn’t get and thinking, ‘Hang on a ­minute, why didn’t I get this job? Why wasn’t I considered for that?’

“And that’s what’s changed in me. It’s a process and I’m going through it now.

"When you start opening up about things like race and your life, it unnerves you a little bit. 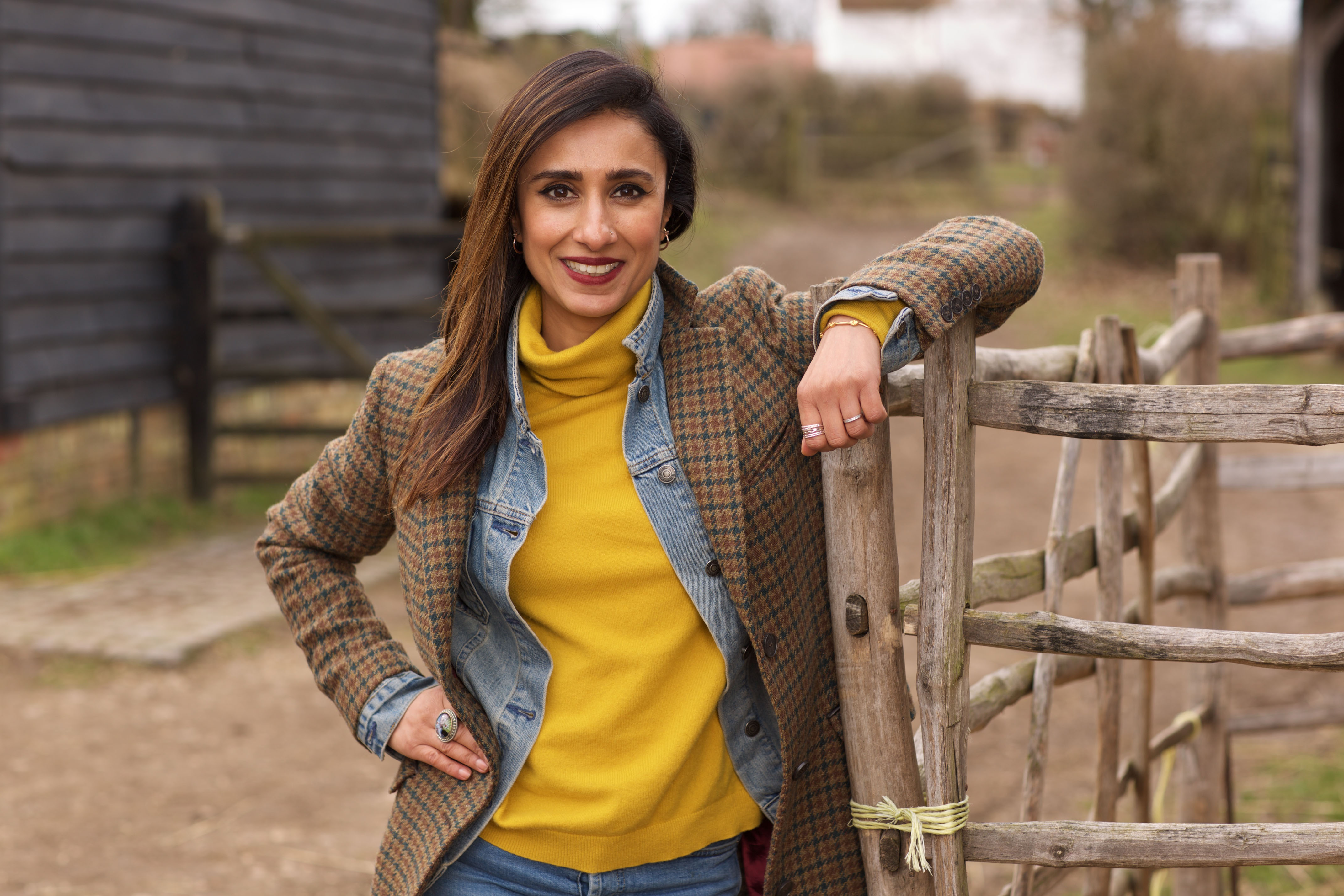 “I’m opening cracks and wounds but hopefully I’ll be stronger for it.

"Life is too short not to be vocal. You’ve got to make a choice about the life you want to live.

“I feel if I don’t use my platform as one of the few Asian women in the public eye, I am doing a ­disservice to every other Asian woman in the country.”

The pandemic has also meant Anita’s work projects have not all gone as scheduled. 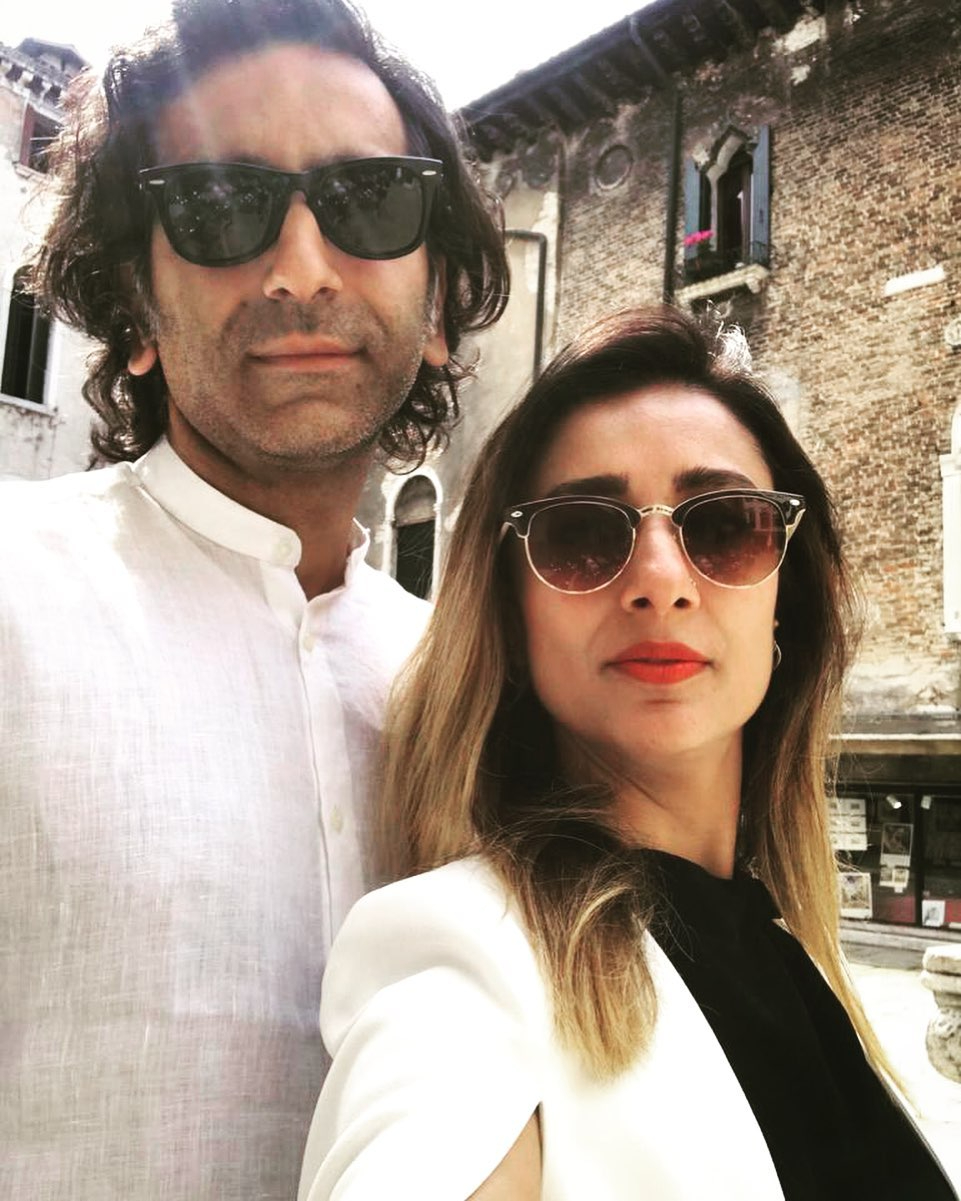 Countryfile carried on filming through lockdown, but much of Anita’s work was put on hold, including The Ganges With Anita Rani, a “dream gig” of a travelogue series for ­Channel 5.

She says: “It was going to be a busy year but it’s funny how quickly we adapt. I found that I enjoyed being in one space and it was nice to nest with Bhupi.

“He worked downstairs, I worked upstairs and we had breakfast, lunch and dinner together.

"We ordered a lot of wine and drank it very quickly, although that novelty wore off, because we couldn’t come out of lockdown as alcoholics!

“It was the first time in our ten-year marriage that I’ve been home for that long.

“In fact, I think he was secretly happy when I went off to film Countryfile for a night or two!”

Now the couple have grey short-haired Rafi, who even has her own Instagram account, to entertain them.

Anita says: “Neither of us have ever had a dog, so it’s trial and error, but she’s worth it.”

Anita has also been heavily involved in TK Maxx’s Give Up Clothes For Good campaign in aid of Cancer Research UK For Children & Young People.

The initiative invites people to bag up pre-loved clothes, accessories and homeware and drop it at TK Maxx stores, to be passed to Cancer Research UK.

Each bag can be worth up to £25 for the charity, with £37million having been raised since the annual ­campaign began in 2004.

The wider effects of Covid mean much cancer treatment and research has been stalled and Anita says the campaign feels especially timely now as a result, adding: “I’ve got two close family members going through cancer, so it is very real in my life. 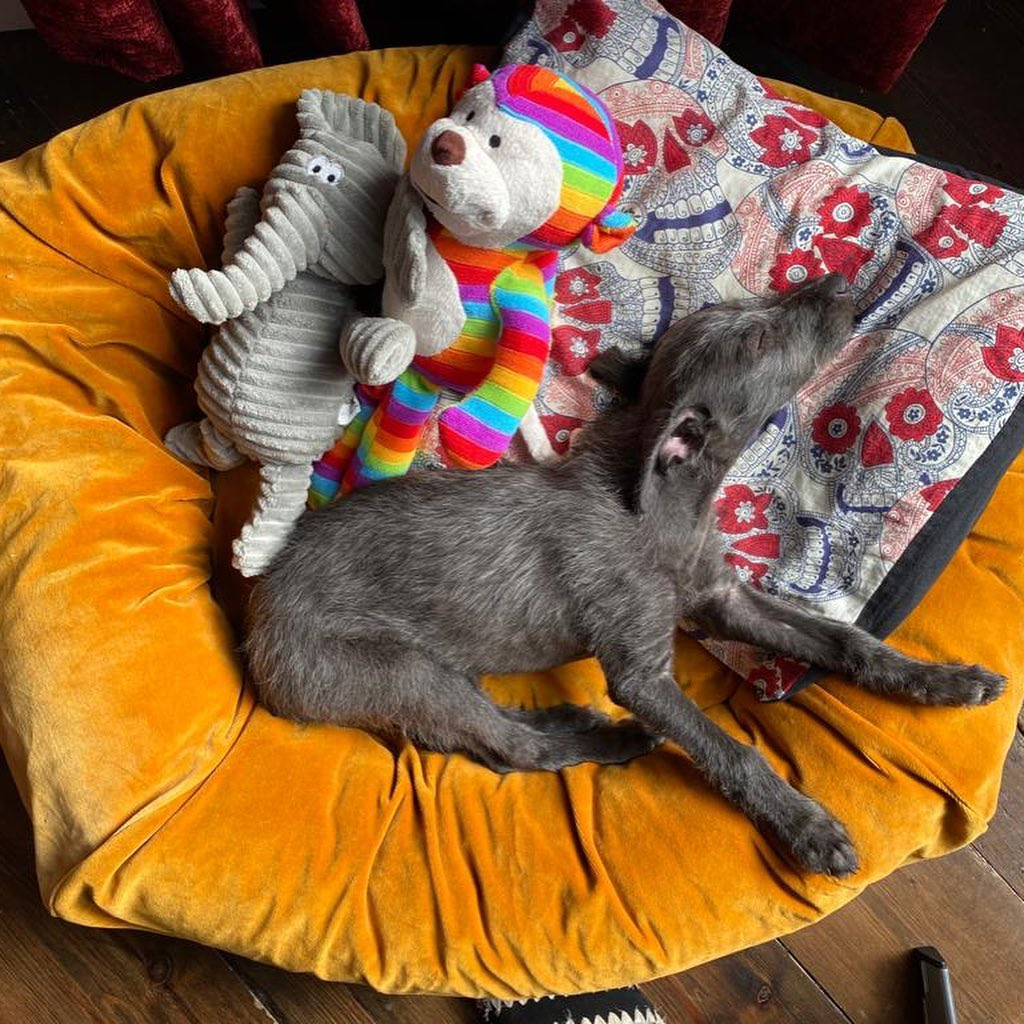 "Something as simple as handing old clothes to TK Maxx is a brilliant way to do something good.

"I think it is really good on a mental health level to get rid of clutter.

“And buying vintage and ­second-hand is a much better way. 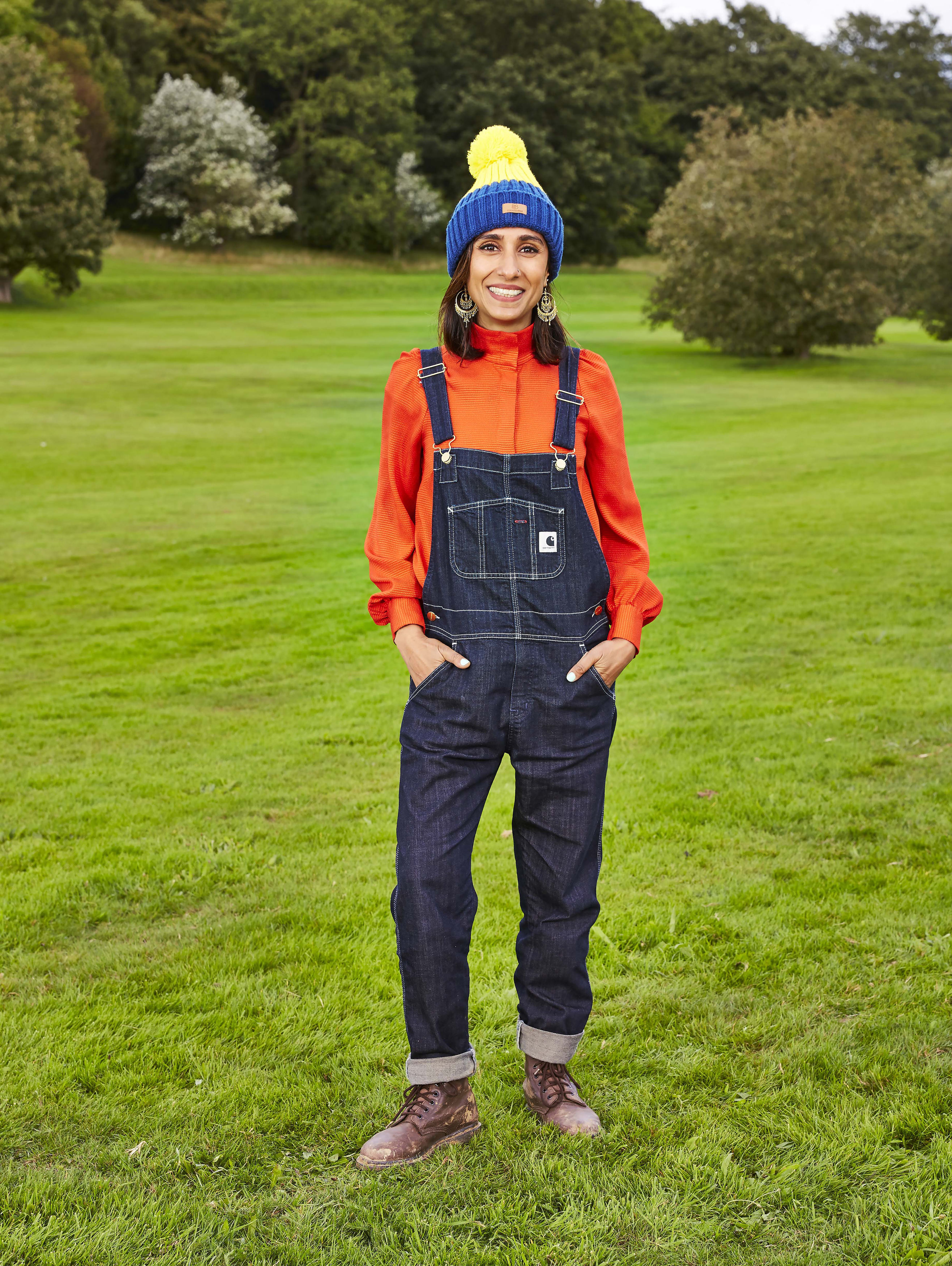 "So many of us buy clothes that we get bored of, so why not let someone else wear them?”

Anita is proud to be in her “fierce 40s”, self-confident and no longer racked with “freelance fear”, which stopped her taking a ­holiday for several years.

She says: “No, I’ve earned my right to be where I am. Fear the 40-something woman who is wearing f***ing amazing vintage, with beautiful red lipstick and powerwalking her way through life!

“I think the older women get, the more fabulous we become.

“We are surrounded by really powerful women in their 40s . . .  Claudia Winkleman, Zoe Ball and Emma Willis . . . who are at the top of their game.

“Mary Berry, what a queen. Floella Benjamin, what an icon.”

She adds: “We still have more to do in terms of getting more amazing women of colour to look up to. But I’m proud to be leading the charge.”

What Michael Weatherly Learned About Leading a Show From Mark Harmon

Who is Shalom Brune-Franklin and what has she been in?