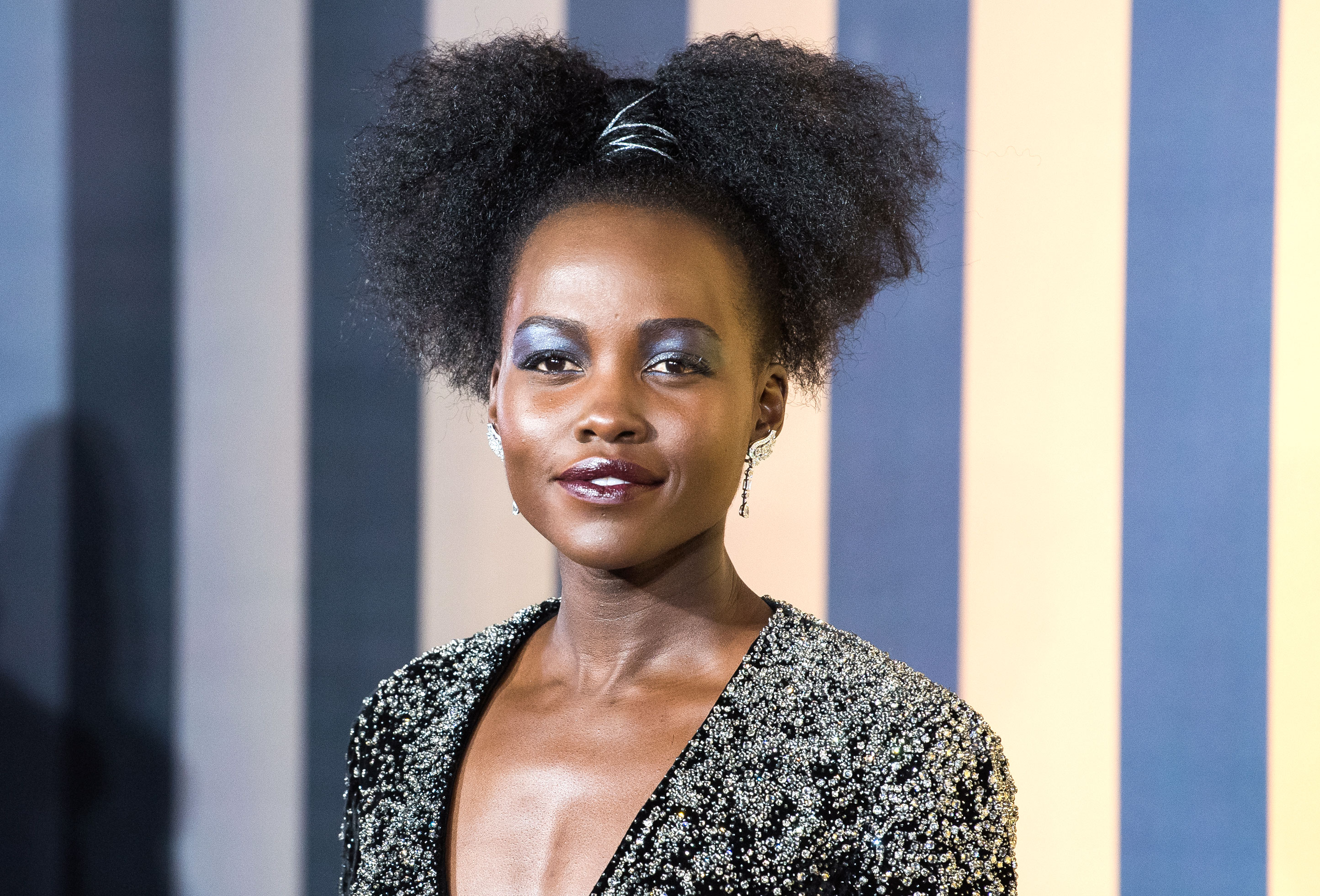 Since bursting on the scene in 2013 with her Academy Award-winning role of Patsey in 12 Years a Slave, Luptia Nyong’o has established herself as a powerhouse actress, yes, but also a bona fide fashion star who tops many a best-dressed list with her fearless fashion and beauty choices. Nevertheless, the Black Panther star shares in the fall 2018 issue of Porter magazine that she believes her natural hair has still not been embraced by Hollywood, and she is on a personal mission to change that.

“My hair is something that, historically, has been shunned,” the Kenyan beauty tells the mag. “I mean, how often do you hear, ‘You can’t get a job with hair like that’?” After being asked by the reporter if she feels like that remains true to this day, she responded, “Oh, yes.”

Never one to shy away from a statement-making style, the Yale-educated actress has rocked everything from a (literal) tower of hair at the 2016 Met Gala to Wakanda warrior-inspired locks at Black Panther premieres around the globe earlier this year. On the makeup front, she often embraces color (as she does with her clothes) and has even been known to rock a crystal or two as eyeliner.

In 2014, she made history as the fist black woman to be named a Lancôme spokesperson and has been injecting her edgy elegance to the French beauty brand ever since. She is also the face of Calvin Klein’s latest fragrance, Women, in which she stars in campaign images alongside two of her personal, hand-selected icons, Katharine Hepburn and Eartha Kitt. “By defying their times, they defined their times,” she tells Porter. “I want to emulate that.”

Despite all she has done to change the conversation around the definition of beauty in Hollywood and beyond, Nyong’o believes there is still progress to be made. Last year, she called out UK magazine Grazia after it Photoshopped her curly hair out of a cover pic. The published image made it appear as though she had a smooth buzzcut. “I am disappointed that @GraziaUK invited me to be on their cover and then edited out and smoothed my hair to fit their notion of what beautiful hair looks like,” she shared on Instagram at the time, leading the glossy and photographer responsible for the change to apologize.

Nyong’o hopes that in sporting her natural hair on the cover of magazines or on screen, she will help to instill the belief in young women that there is no need to conform to any arbitrary standard.

“Natural, African, kinky hair – it’s often been painted as uncivilized or wild,” she concludes. “Being featured on the cover of a magazine fulfills me, as it is an opportunity to show other dark, kinky-haired people, and particularly our children, that they are beautiful just the way they are.”

Lea Michele's Bikini Might Be Simple, but It's Guaranteed to Steal the Spotlight

Canceled TV Shows That We All Really Miss in 2018