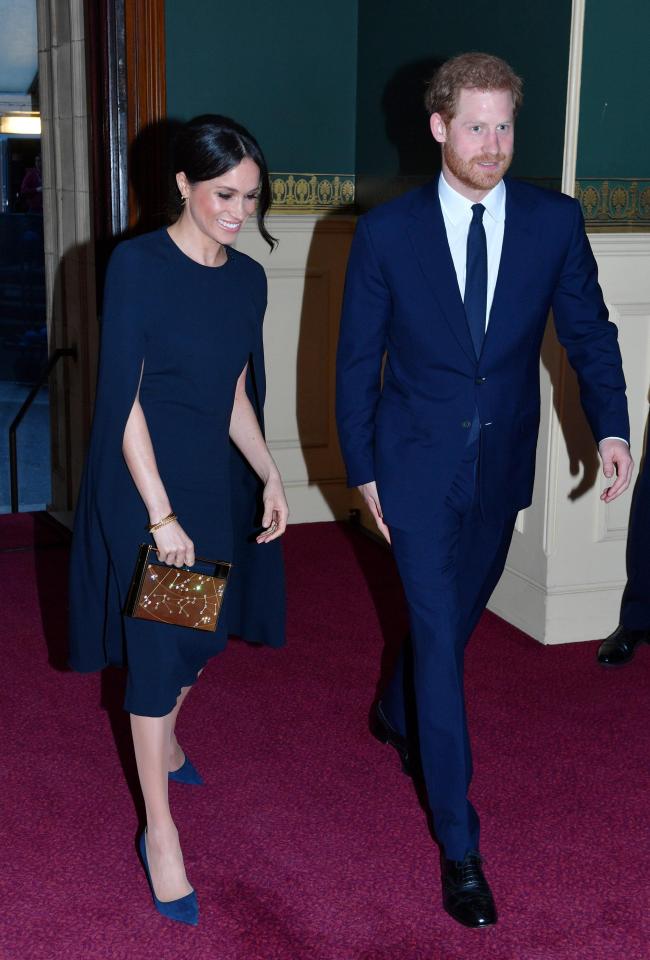 Unsurprisingly, the £1148 frock has already sold out.

Meghan had opted to match with her royal husband-to-be, Prince Harry. Both were conveniently in royal navy blue.

The round neck and midi-length dress ticks all the fashion boxes this season.

Ever since Gwyneth Paltrow donned a Tom Ford variation at the 2012 Oscars, cape dresses have been a continuous fashion favourite. 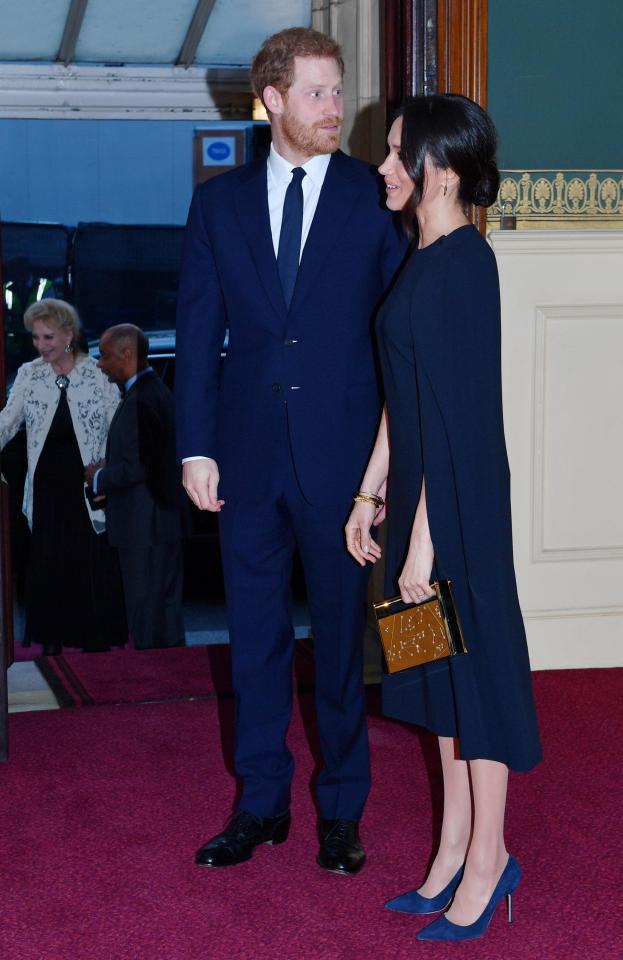 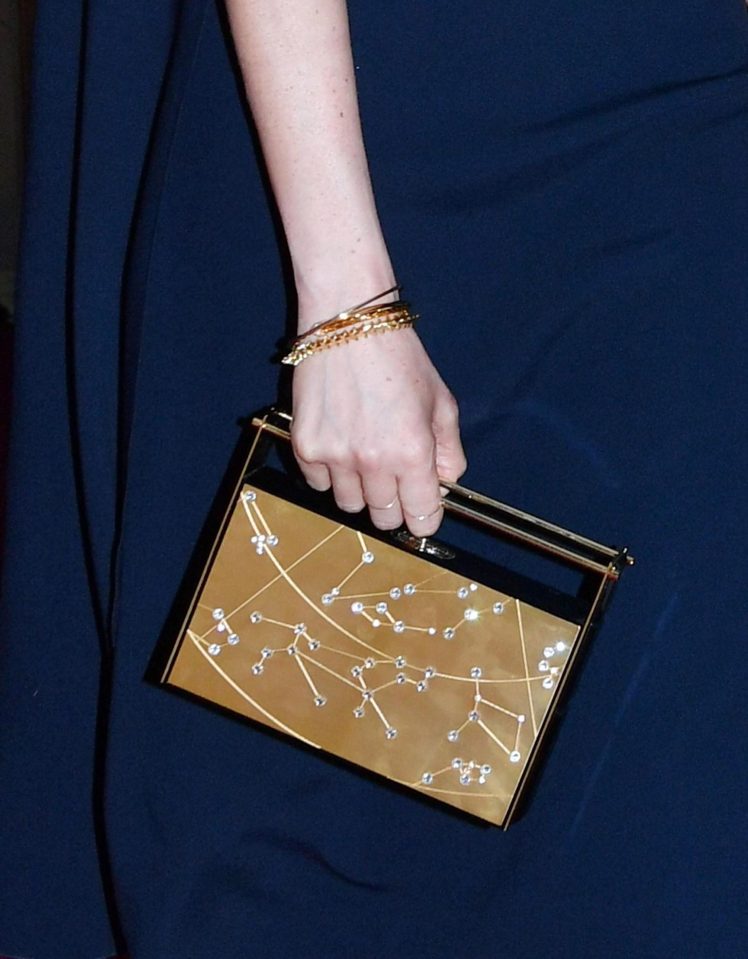 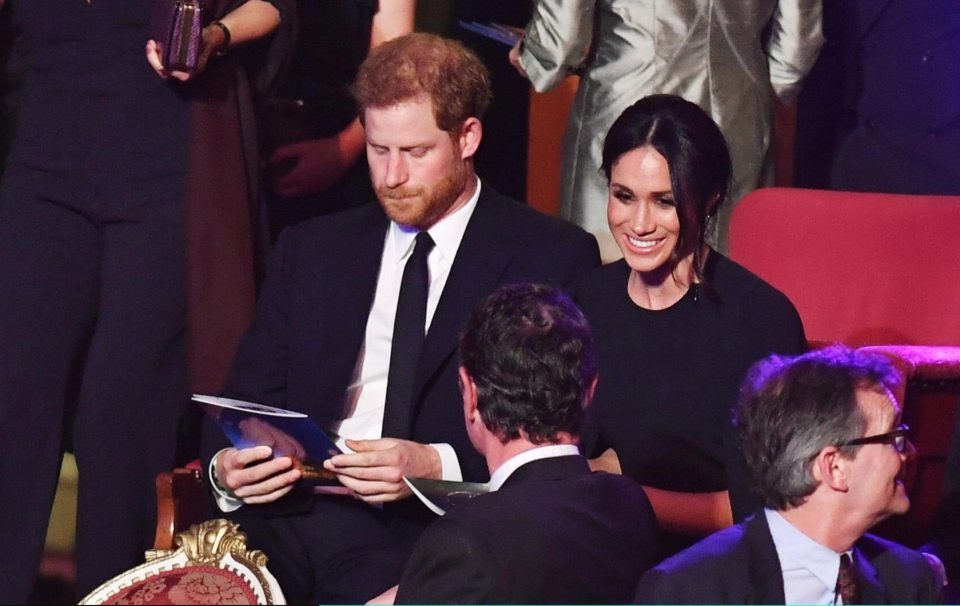 Meghan accessorised her outfit with pared back and delicate accents. A Naeem Khan Zodiac clutch and delicate gold rings and bracelets were the perfect finishing touch.

For her shoe choice, Meghan once again relied on Manolo Blahnik.

The shoe designer is evidently a favoured designer of the princess-to-be; she was seen wearing an identical black pair to meet the Australian Prime Minister in London earlier in the day. 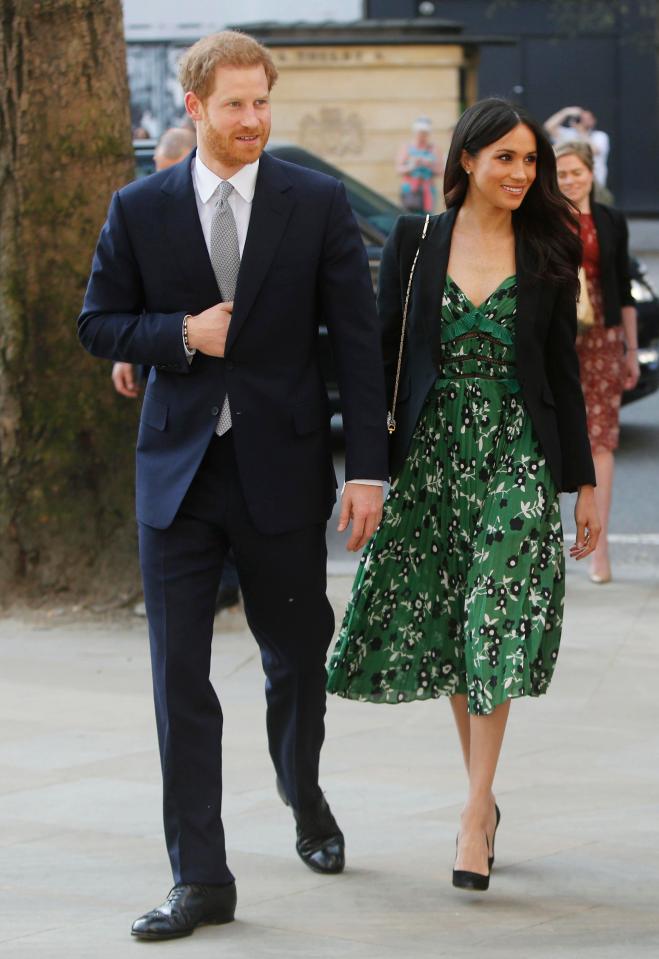 The cape dress is not only a style favoured by Hollywood. It's also the go-to design for European royals.

Queen Letizia of Spain and Queen Mathilde of Belgium have both been spotted wearing a similar style.

If you're after head-to-toe Meghan style, here's how to get her navy regal look… but you might need to take out a bank loan first! 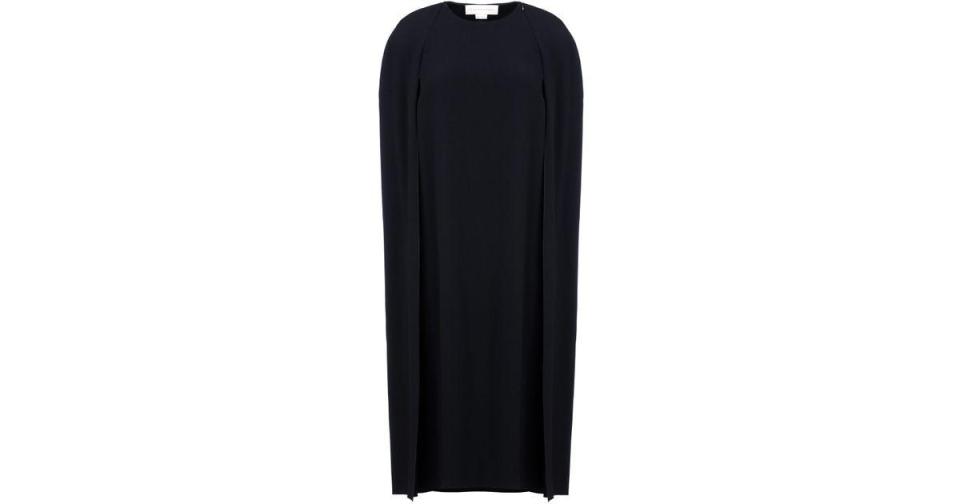 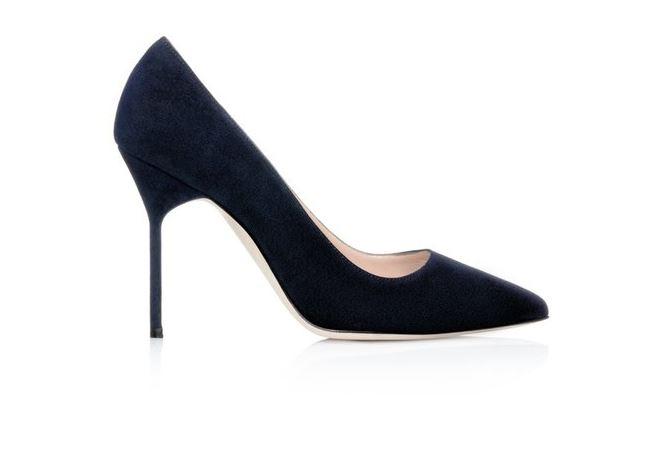 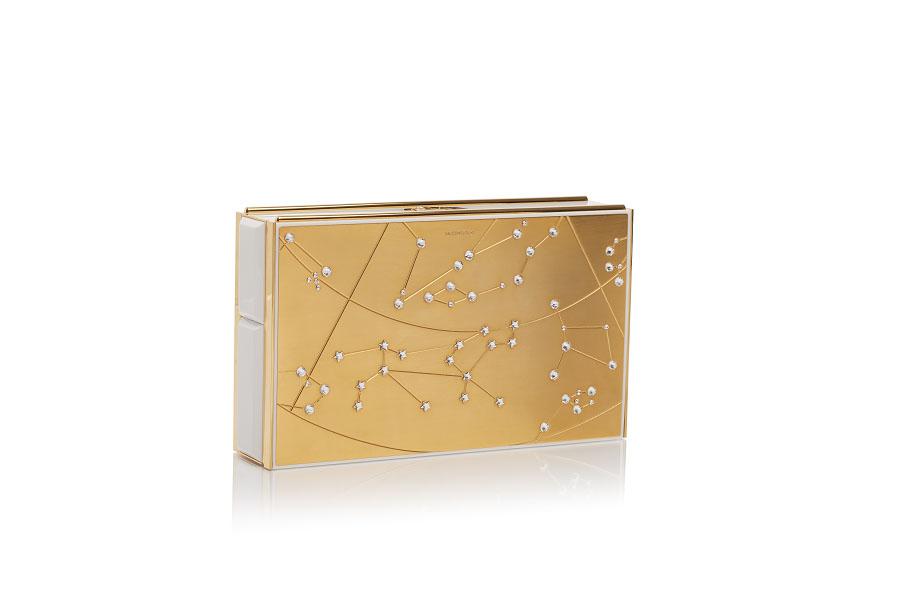 The good news is there are cheaper alternatives that look just as chic.

No need to scour online or the shops in pursuit of your Meghan lookalike dress. We’ve rounded up some similar styles with much more affordable price tags. 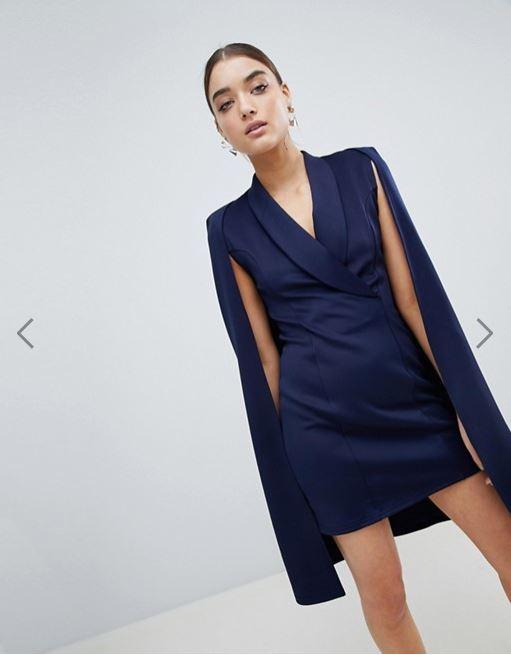 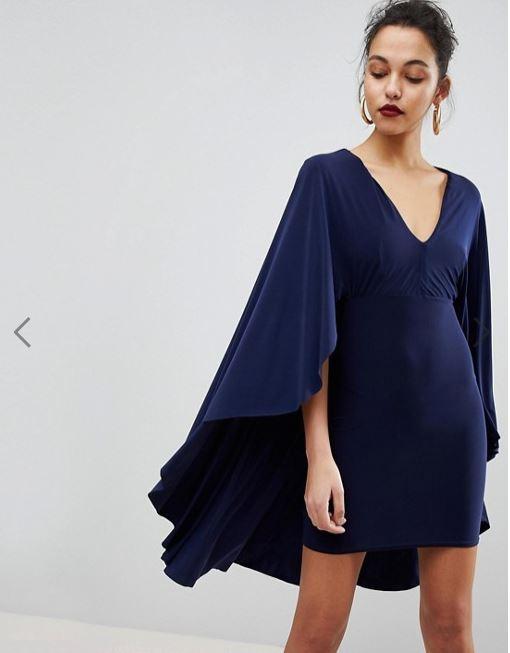 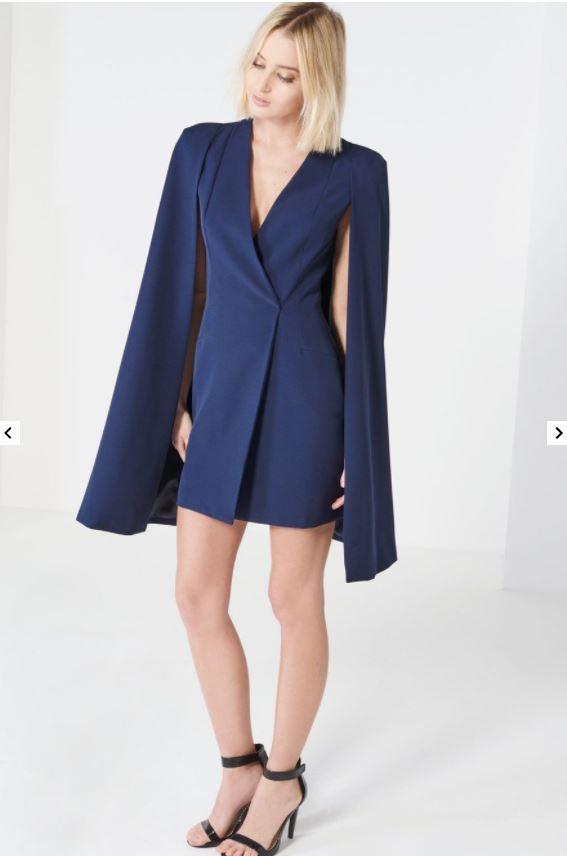 In other news, earlier in the day Meghan opted for a £300 Self-Portrait dress. Unsurprisingly and once again, it's sold out!

Also, is this a dress rehearsal for the upcoming big day? Meghan Markle looks like a princess in a sparkling lace wedding dress as she gets married on Suits.

Finally, Meghan certainly is getting the royal treatment where her dress choices are concerned! She's reportedly had to have her 40K wedding dress altered after her 'health kick' ahead of wedding to Prince Harry.

Nottingham schoolgirl, 12, dead after fire in her home