Meghan Markle, the Duchess of Sussex, was spotted with Prince Harry on Valentine’s Day at an airport in Canada after returning from the United States. The pair were pictured together for the first time since dropping the bombshell that they would be stepping back from their “senior” royal duties.

It was reported that the Duke and Duchess of Sussex made their first public appearance at a luxury five star hotel in Miami earlier this week – where Prince Harry delivered a speech at the private event among the rich and famous including the likes of Jennifer Lopez and Alex Rodriguez “A.Rod”. The outing came after the couple made a bid to become financially independent from the Royal Family.

On their return to Canada, the royal couple were pictured stepping off a commercial flight. The Duchess opted for an outfit made with ocean waste and recycled plastic bottles, but still managed to maintain her love for designer labels.

The couple chose to take a commercial flight this time, having previously been slammed for preaching about saving the planet and then flying overseas by private jet.

They touched down at Victoria airport at around 4:45 pm Friday, with what appeared to be a small group of security. 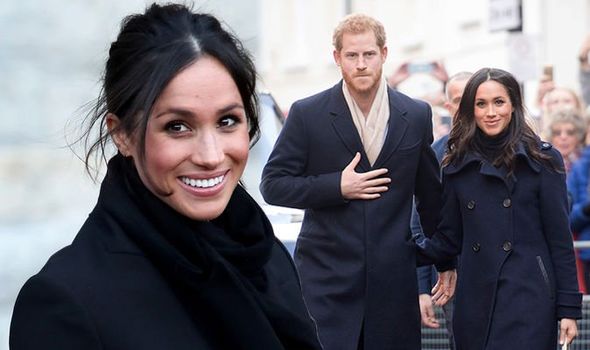 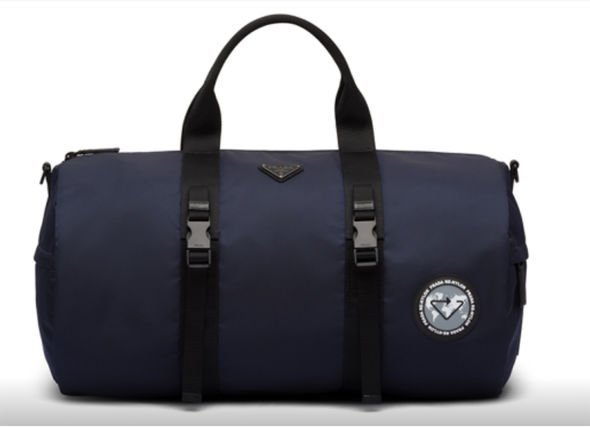 The Duchess, who led the way off the plane with her husband following closely behind, was wearing a striped shirt, black cardigan, jeans and black pumps with her hair billowing loosely in the wind around her shoulders.

Meghan has a long history of loving designer labels and has previously made an effort to champion environmentally-conscious labels.

Showing off her first taste for sustainable fashion during their last royal tour of South Africa.

Carrying her bags off the plane, the Duchess casually slung a bag over her shoulder with a bulky grey jumper tucked into the straps but also clutched a £1,070 Prada Duffle bag and a black leather case tucked under her arm.

The Prada Duffle bag is made from mixing ocean waste and textile waste into the fabric.

The rest of Meghan’s casual flight look included a shirt from Misha Nonoo, the US-based British-Bahraini fashion designer who is a close friend of Meghan’s.

The Duchess tucked her shirt into a pair of skinny black jeans and kept warm from the Canadian chill in a thick black cardigan.

On her feet, she wore a pair of pumps made with recycled plastic water bottles, according to reports.

Rothy’sHer black pumps, known as the Merino Point, are from San-Franciso-based company, that cost £191.68 from the official website. 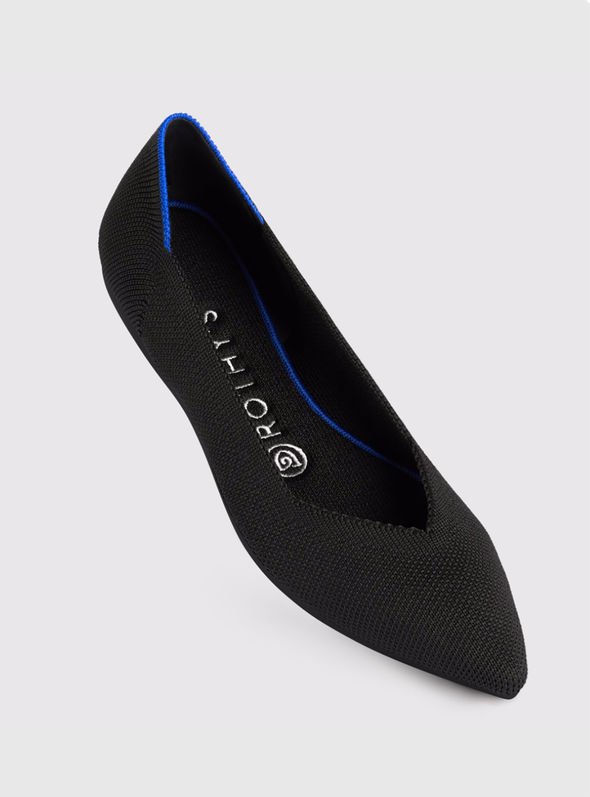 Rothy’s is known for using water bottles destined for landfills as its main component for the shoes.

The pumps are a perfect choice for environmentally-conscious Meghan and have been dubbed by fashion bible Vogue as “the most politically correct shoes on our beleaguered planet”.

Made in Dongguan, China, the finished product is lightweight, machine washable with a removable insole, and features an eco-friendly, carbon-free rubber sole.

Crafted from woven plastic, they come in four different styles – the flat, the loafer, the sneaker, and the point – with Meghan choosing the latter on Friday.

She has been seen in the pumps on previous occasions, including the couple’s trip to Australia in 2018. 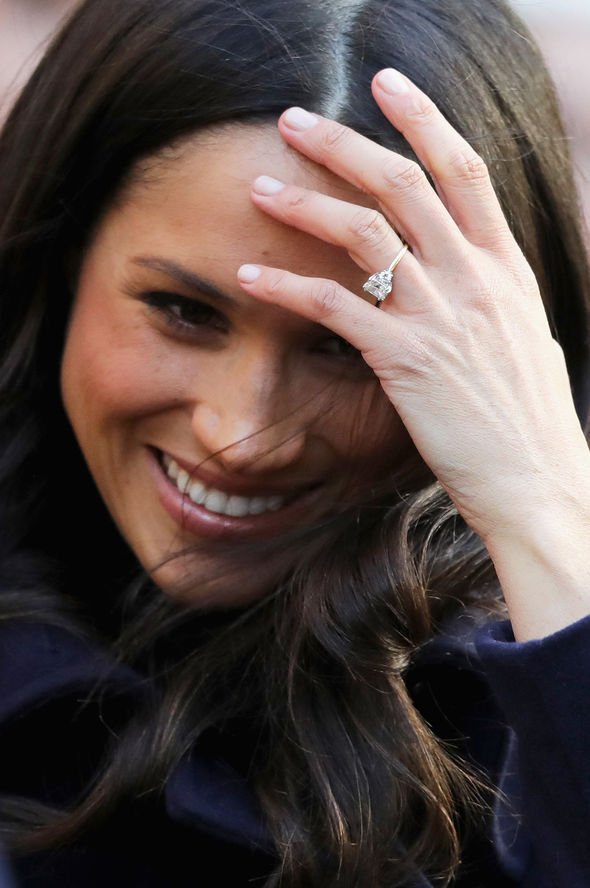 Normally a stiletto devotee, Meghan’s favourite brands include Stuart Weitzman and Aquazzura, and she is rarely seen in anything lower than a four-inch heel.

Rothy’s claim to have repurposed some 17,242,286 plastic water bottles for their shoes and counting – with even their packaging being recycled and renewable.

In addition, the foam components in the shoes are made from recycled shoes – and they can even be recycled, free of charge, at the end of their cycle.

Meanwhile, Prince Harry sported a grey sweater, jeans, and a baseball cap as he left the plane.

Judging by the smiles in the pictures as they walked along down the plane steps and onto the tarmac it seems their trip to the States was a success.

The couple appeared to have left behind the turmoil of recent weeks as they seemed happy and relaxed from their trip away, beaming at one another and at their small roster of staff.

There was no sign of baby Archie, who is thought to be being looked after in the £10million Canadian pad while the couple set to work carving out new business ventures.

A brain-sensing Bluetooth headband to help you meditate