Prince Harry and Meghan Markle attended the wedding two years ago today. Charlie van Straubenzee was marrying his partner Daisy Jenks, where Harry served as best man. Harry and Charlie have been friends since they attended Ludgrove School together. They go back along way and are still close, it is said.

The 31-year-old is the grandson of a Lieutenant-Colonel and grew up enjoying extravagant wealth.

Charlie went on to be an usher at Harry’s wedding and was also named a godfather to Archie Harrison, one.

Now, Charlie and Daisy have a child of their own, daughter Clover Kitty, who is not yet one. 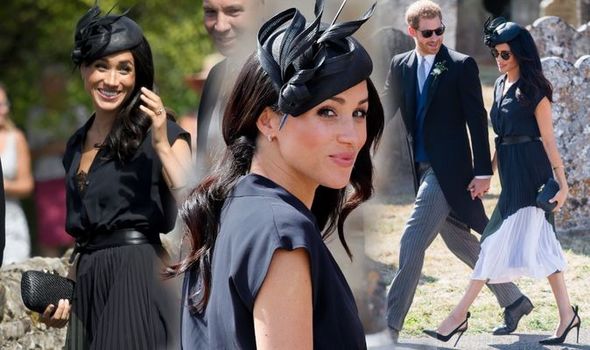 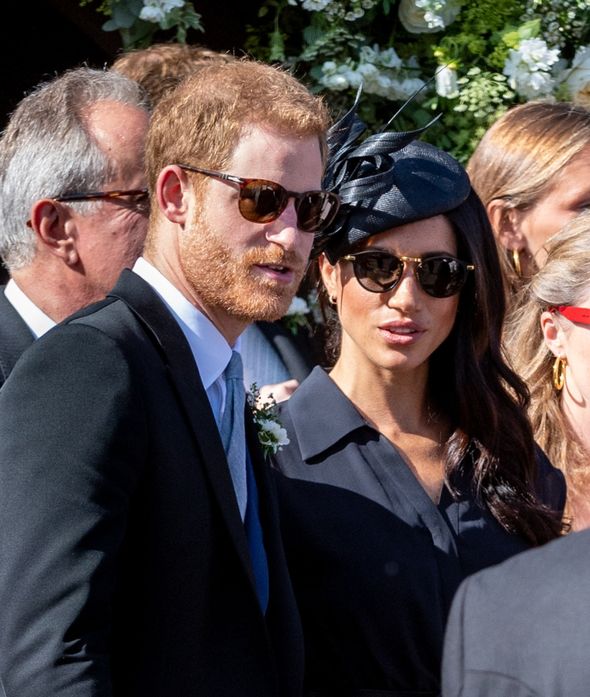 Meghan’s look for the day, both as a wedding guest and the birthday girl, cost almost £5,000.

She wore a relatively cheap dress for a royal, the Club Monaco Shoanah dress, £400.

The shirt dress, with a pretty pleated skirt in white and blue, and features a drawstring waist. Around the waist of the dress Meghan added a black leather tie belt by Miu Miu, £191.68.

Her hat, the key component of a royal’s wedding look, was a bespoke version of the Philip Treacy OC 471 fascinator.

Bespoke Philip Treacy hats cost in the region of £900.

The Duchess of Sussex wore a pair of shoes from her favourite brand, Aquazurra.

Her gorgeous pair were the Aquazurra Deveuve 105 black pumps, which cost £490.

Always a fan of perfectly paired accessories, Meghan wore the Linda Farrow round frame sunglasses, which cost in the region of £700, and a Kaya Anna Straw clutch bag, £187.83. 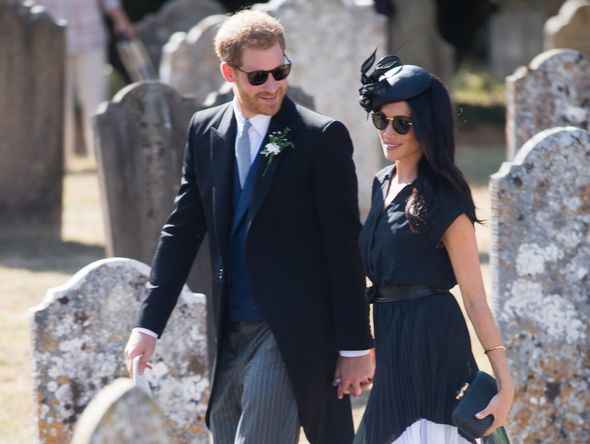 From her ears dangled the Vanessa Tugendhaft rose gold and diamond carrousel earrings which cost £1,062.63.

Although, it’s nowhere near the cost of Meghan Markle’s wedding dress. 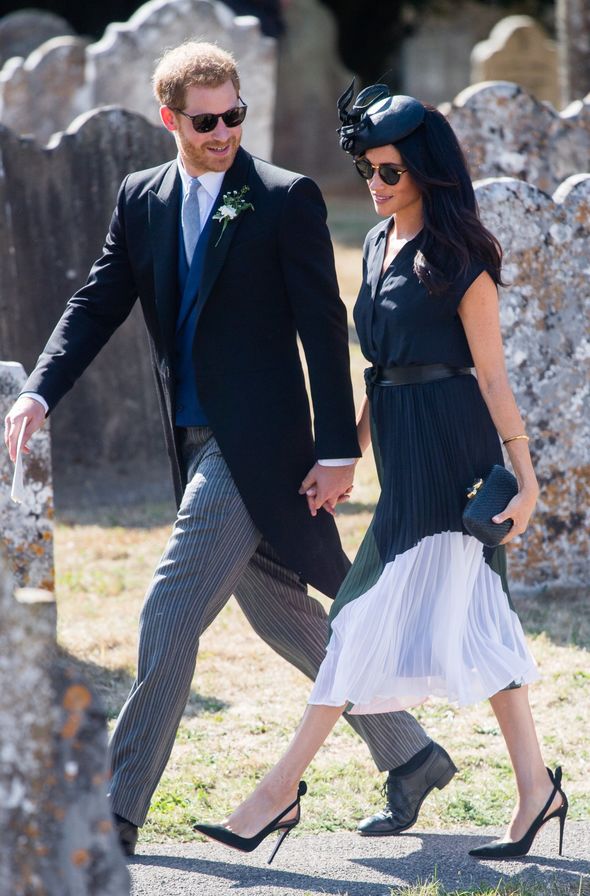 Meghan Markle’s wedding dress for her chapel ceremony cost £387,000 while the dress for her reception was estimated to have cost £119,555, Entertainment Tonight reported.

Biographer Katie Nicholl told ET: “It does fall now, that she is married into the royal family, to the Prince of Wales…to cover the cost of her working royal wardrobe.

“Meghan is now an ambassador for the royal family. Look at the publicity she has brought in run up to the wedding. I’d argue that’s worth every penny.”

Melanie Sykes, 50, snogs toyboy lover, 23, as they reunite in Venice and he takes her to lunch on his gondola

Pregnant Joy-Anna Duggar Reveals She Will Have a Hospital Birth for Baby No. 2