Home » Fashion » I met the beefy guys on Muscle Beach in LA… watch them take me through my paces with a workout (HINT: I failed miserably)

Instead I found myself on Muscle Beach, swinging on some parallel bars and having a serious battle with a punch bag. 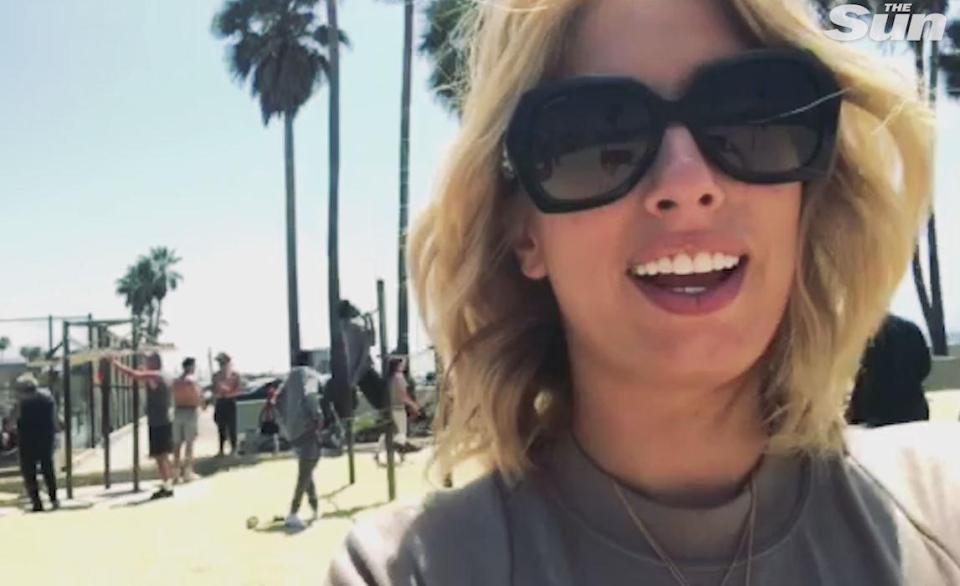 So just how did I end up there?

While exploring Hollywood I soon found that it was impossible to walk down the street in my denim shorts and T-shirt and not feel like a complete tourist because EVERYONE else was either rushing into a fitness class, head to toe in gym wear, or jogging past me as I strolled along.

There’s no escape from the fitness scene especially in Hollywood.

There is literally a yoga studio on EVERY street and you’re never more than a ten minute walk away from the famous Barry’s Bootcamp or Soul Cycle classes. 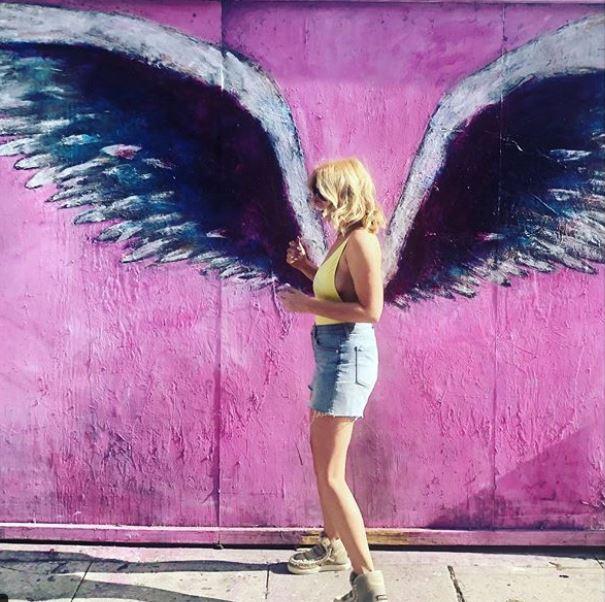 Quite frankly I would have been happy to spend my entire morning in the Cheesecake Factory but nothing stops you heading for a calorie overload and slob out quicker than an entire town heading off to the gym, toned within an inch of their life and looking extremely happy with themselves.

So I swapped my denim shorts for spandex leggings and went on a mission to find out the secret that the people here seem to have mastered – loving exercise.

The first place which sprung to mind was Muscle Beach.

A 30 minute Uber ride from West Hollywood, you can pull up right outside the famous, free beach gym on North Venice Boulevard and get your muscles pumping. 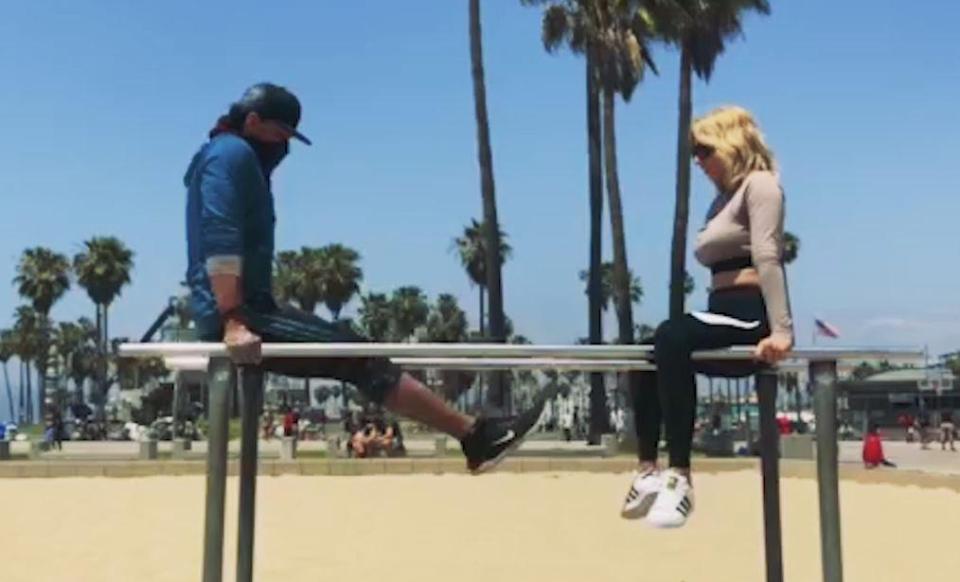 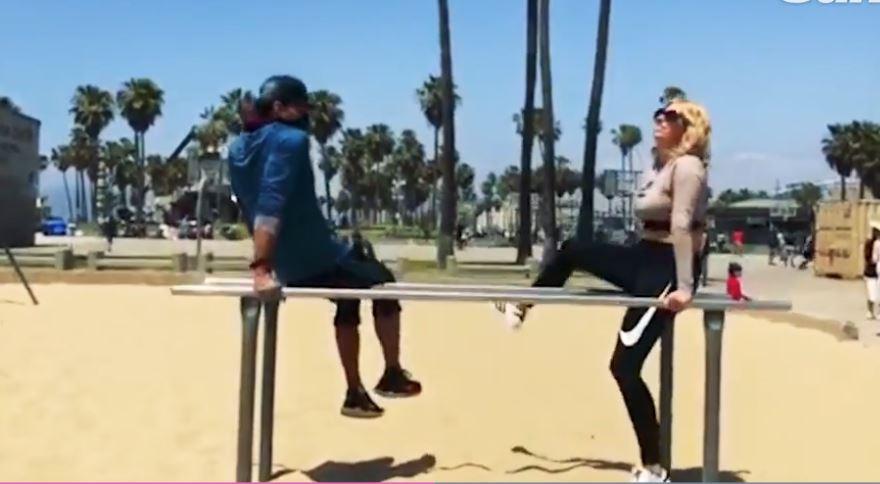 When I walked onto the concrete  gym it was full of muscly men – there were absolutely no women working out and the only one present was taking a picture with her son.

If I’m honest the men weren’t as ripped as I imagined they’d be.

They were toned and clearly strong but for some reason I imagined they’d look like Hunter from Gladiators sporting a Borat-style unitard. 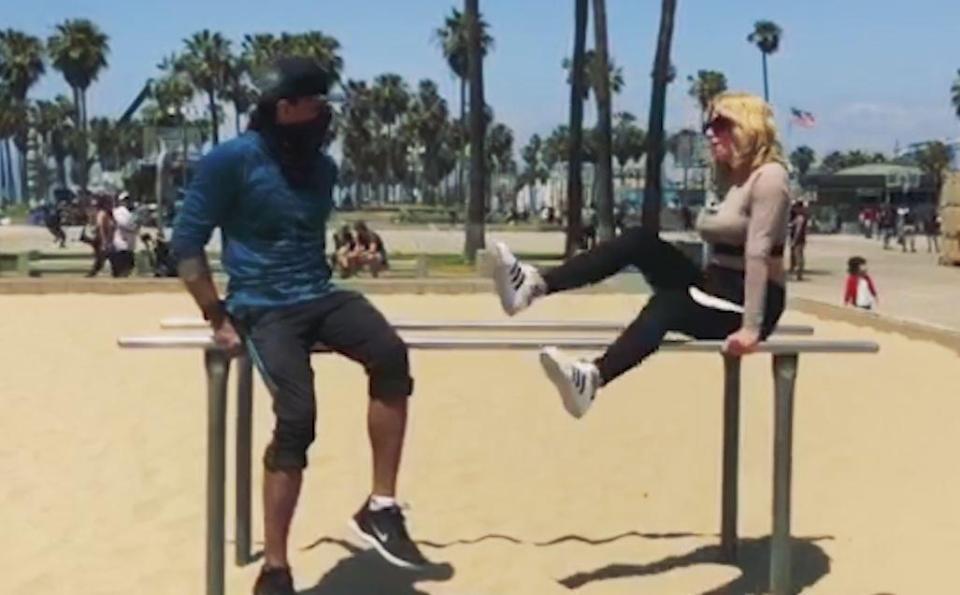 But even without the mankinis, Muscle Beach has a really weird vibe.

I couldn’t decide whether people were there to take advantage of the free exercise facilities and the gorgeous view looking out to the Pacific Ocean or whether they got a creepy kick from working out for spectators passing by. There was even a little balcony to watch them from!

Sterling proudly revealed he had been doing some “Freestyle Calesthenics” which sounded fun.

But after watching him performing some serious acrobatics on the bounce bar – including balancing on one arm for several seconds – I thought I’d opt for the safer option of the parallel bars.

Well, that’s a little bit of a lie. He didn’t even give me the option because he knew I’d probably be risking my life and maybe even his! 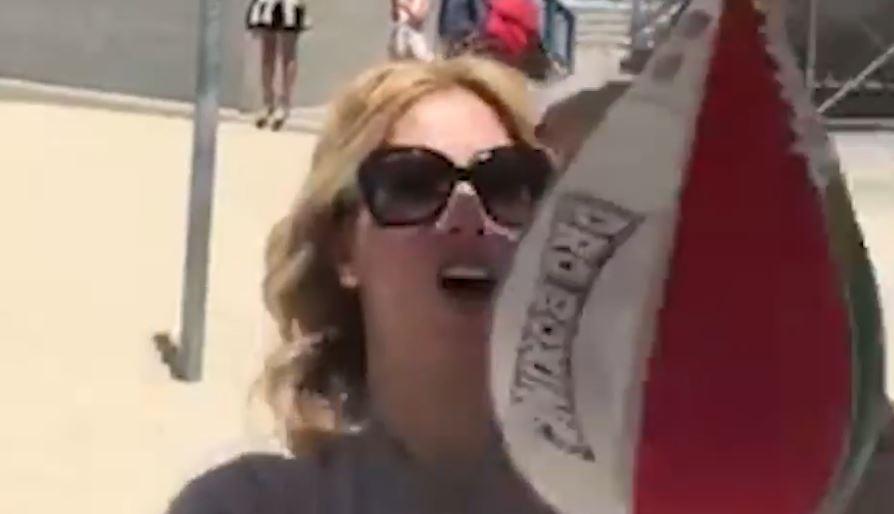 The baby bars proved harder than it looked.

He swung his legs from side to side over the bars, but mine felt a bit like lead weights as I attempted to follow his moves.

I’m surprised my pelvic muscles held up, my bladder shook at every swing.

Next came Rick, who was busy pounding the life out of a speedball.

Now how hard could that be?

Rick said he punched it for three minutes at a time, and I was happy to give it a shot.

After a few seconds I got into my rhythm – kind of – but after a minute I was exhausted.

It was hard work, and a bit scary because I felt like it was going to swing back into my face at any second.

I had to admit defeat.

After my epic fails, I spoke to a few more people to get an idea of how often they come, why they do and what makes LA such a fitness hub. 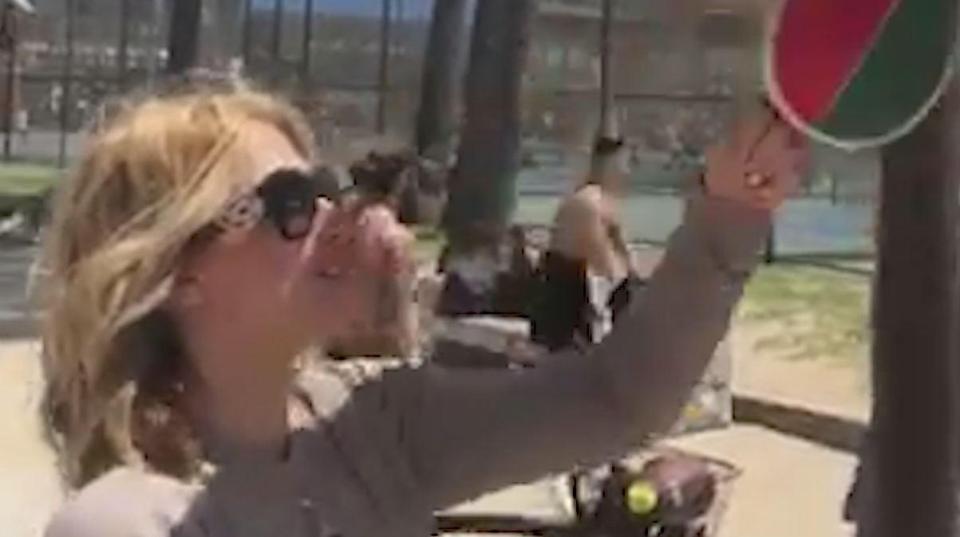 It is clear that the weather plays a huge role in how active people are in LA. Everyone I spoke to told me the year round the weather is almost perfect for exercise. Not too hot or too cold and almost always sunny with blue skies.

That alone is enough to motivate anyone to get out into the open and exercise. Basketball, Volley ball and tennis are huge out here and there’s a court of some description almost everywhere, free for people to use.

There’s loads of bikes being ridden and their version of Boris bikes adorn the streets of Venice beach.

Let’s not forget the surf. As I’m failing miserably at all of the exercises I’m attempting, I look out to the ocean and there’s a sea of people trying to catch a wave.

Some look as young as Zachary my eldest, who is ten.

It makes my heart hurt a little bit. The outdoor life  in LA is just incredible. Imagine growing up in a place where being outside surfing or playing court games is at the top of your list way before the Playstation. Sigh.

Last week Stacey revealed that, like many mums, she wets herself when she laughs too much or gets on a trampoline.

She also revealed that boyfriend Joe Swash comes last in her life.. and she's not sorry.

Chilling diary entries of mum who killed her four children