A WOMAN has revealed the mortifying moment she clogged the toilet in her boyfriend’s block of flats – and then scooped the poo out of the loo and put it in her bag out of embarrassment.

Care and support worker Eden Grant, 19, from West Sussex, shared how she wasn’t used to doing a poo in boyfriend Kray’s bathroom so had nipped to the lobby to use the toilet there. 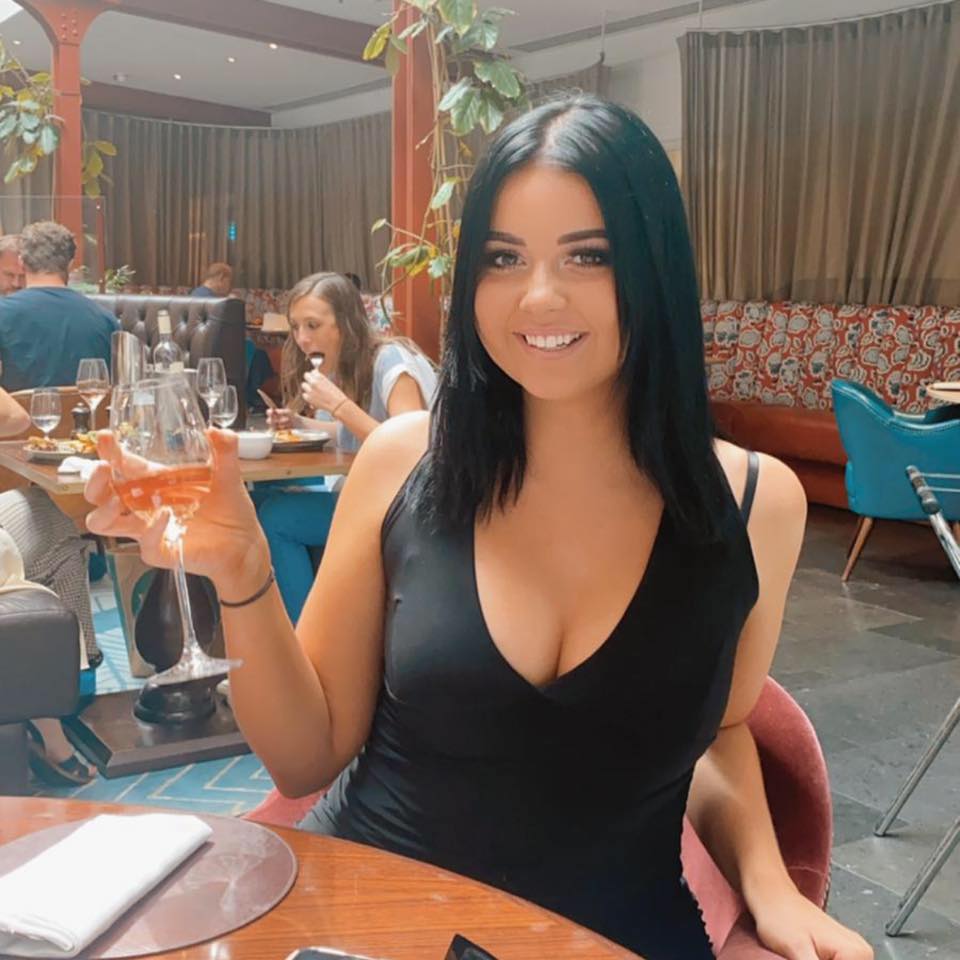 Unfortunately for Eden, the trip proved more stressful than usual, as she ended up clogging the toilet in the process.

In a moment of sheer panic, Eden decided the best thing to do would be to put on gloves and fish her offending turd out of the bowl.

Wrapping it in tissue, she made the snap decision to take it up to her boyfriend’s flat to flush it away there.

And what better way to remember the horrifying moment than to film the entire thing for TikTok. 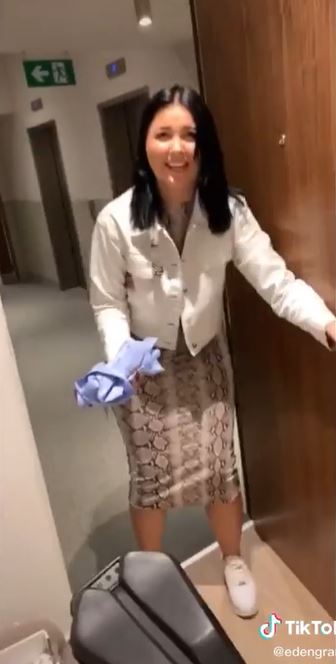 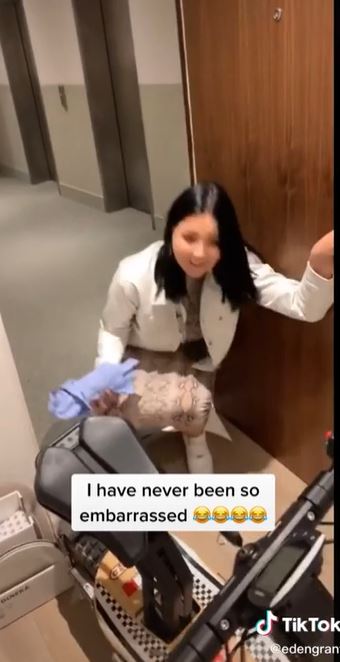 Eden recorded the entirety of the ordeal, and her boyfriend decided to get involved when she blurted out the fact she was bringing the poo upstairs.

Their video has now been viewed over 1.4million times, and the couple find the whole situation hilarious.

Eden said to Metro.co.uk: “I can’t go to the toilet in the same flat as my boyfriend. I just can’t do it. 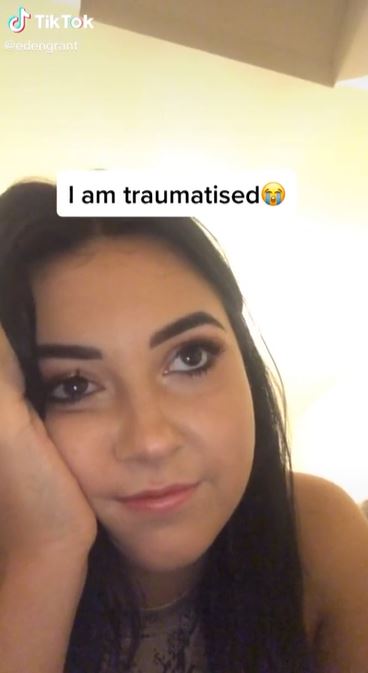 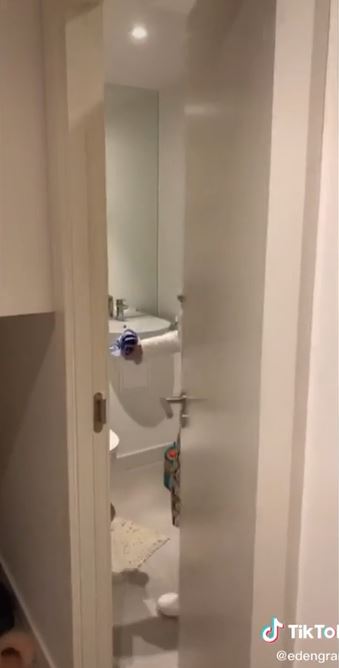 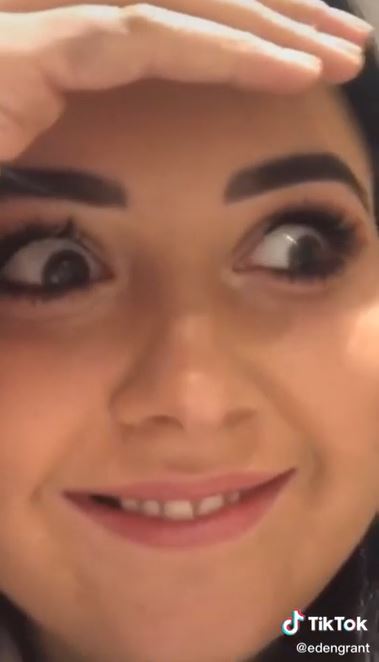 “I usually go to the toilet in the lobby.

“But for the last couple of days, they’ve had people going in for leaks and stuff. The other evening we went for a meal and I really needed to go, so I went and then I couldn’t flush and I was like ‘omg’.

“I picked it up with a pot of gloves and a bit of tissue and took it upstairs to dispose of.

“I told my boyfriend and he knew the whole dilemma and locked me out (I don’t know if deliberate or not). He thought it was funny and disgusting, anyone would.” 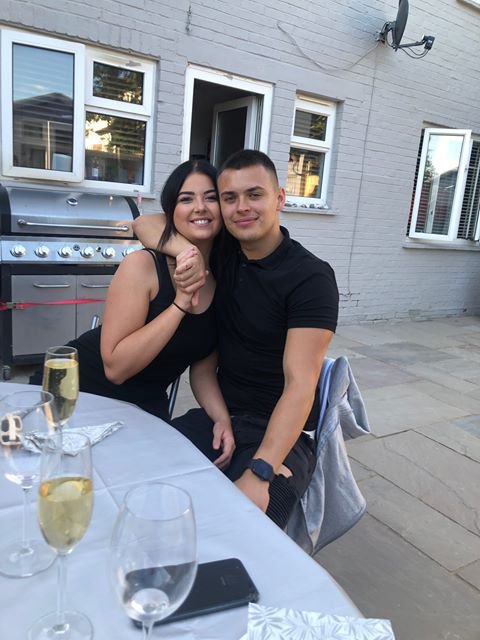 Eden said that she had not even considered leaving the poo in the public toilet.

She said: “There was no way I was gonna leave that in the toilet, no way, no chance, I just couldn’t do it. I would rather have done what I did.” 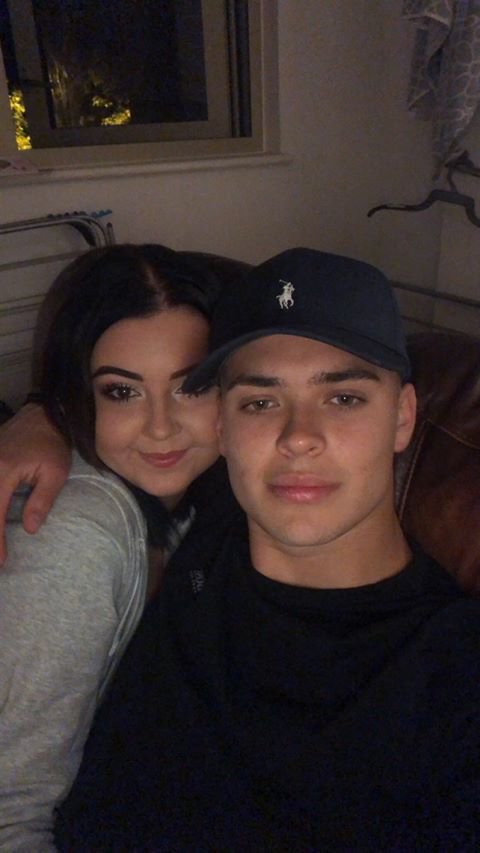 Although some people have been horrified at her unfortunate experience, Eden said she is fairly care-free about it now.

She explained: “I’m one of those people who don’t care what they post. If I find it funny I’ll post.

“We just laugh about it now. That’ll teach me. I just need to grow some balls and go to the toilet in the same flat as my boyfriend.”

We shared how woman, 24, who got trapped after throwing her poo out the window breaks silence on ‘worst Tinder date ever’.

And CNN films moment woman poops on the beach in reporter’s live broadcast.

Give Your Waist-Up Wardrobe a Boost With 21 Cute, On-Sale Blouses From Banana Republic