A MOTHER-of-the-groom has been branded ‘attention seeking’ for wearing a white dress to her son’s wedding.

The bride’s new in-law decided to wear a floor-length lacy white dress, which she accessorised with a shawl which looked suspiciously like a veil. 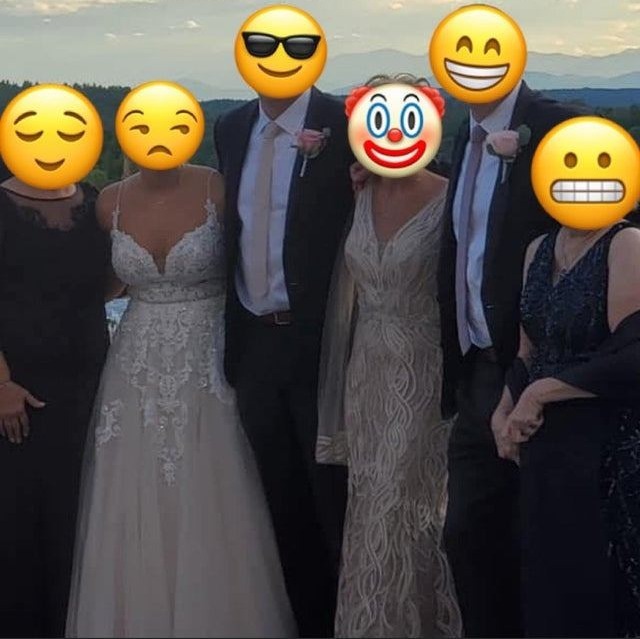 Her dress looks so bridal people claimed they couldn’t tell which woman was actually getting married, after a snap of her outfit was uploaded to Reddit.

The poster captioned the image: "Mother of the groom in a… yep, that’s a wedding dress."

The photo shows the groom stood between his mum and his new wife, who’s wearing a plunging gown with a tulle skirt.

Despite probably forking out a pretty penny for her dress, people claimed her frock looked like a ‘prom outfit’ when compared to the mother-of-the groom.

Dozens of people have commented on the outfit choice online, branding the older woman ‘tacky’.

One person said: “It took me a good 10 seconds to work out which one was the actual bride (then I noticed the emoji expressions).”

Another wrote: “The elegance of the MOG dress makes the bride look like she has on a prom dress to me. Poor girl.”

A third commented: “This is beyond tacky, it’s so creepy. I will never understand moms like this.” 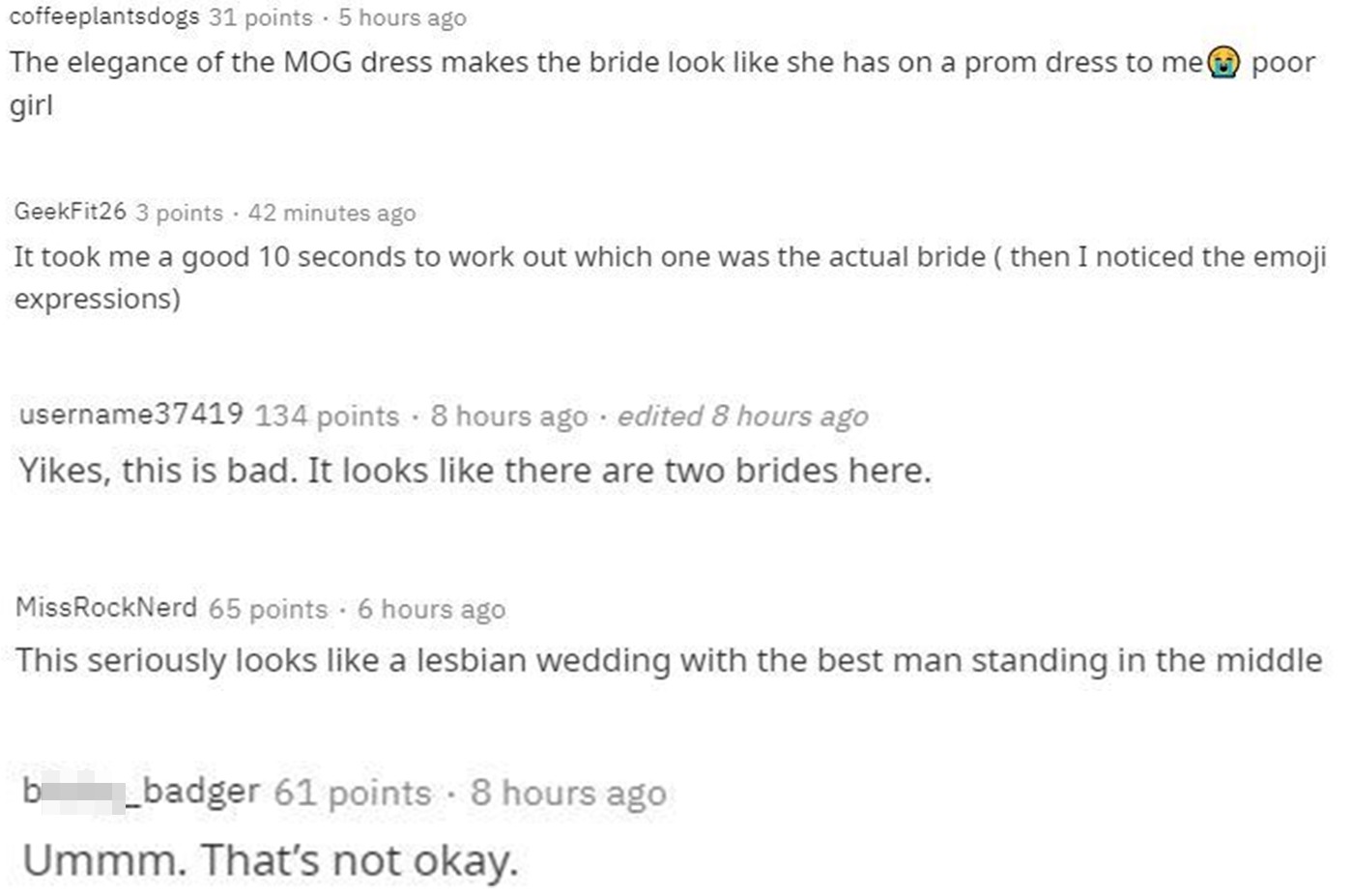 Someone else thought: “This seriously looks like a lesbian wedding with the best man standing in the middle.”

While another added: “Yikes, this is bad. It looks like there are two brides here.

“Lacy, full length AND embellished, talk about attention seeking. Did someone accidentally spill their red wine?”

And responding to questions about the outfit, the poster added: "It’s a shawl that looks EXACTLY like a veil, yes."

Meanwhile guests were horrified as a wedding descends into carnage with the bride brawling in a field & guests passed out on the floor.

And a mother-of-the-bride slams daughter’s ‘clingy’ wedding gown for ‘showing pubic bone’ & warns her not to put on ANY weight.

This woman found out her ex cheated on her – from his wedding announcement online.

Yessss, These KN95 Face Masks Are on Sale Right Now

The Morning Watch: 'The Boys' Season 2 Bloopers, Reviewing the Portrayal of Real Presidents in Movies & More