One mum has left parents completely divided after revealing she uses a tablet to distract her baby so she can enjoy a midday margarita  – and slams other parents for judging her for it.

In an attempt to condemn any  "50-year-old Debbie" who judges her parenting method in public, the outspoken mum took to Facebook which has since triggered a much larger conversation. 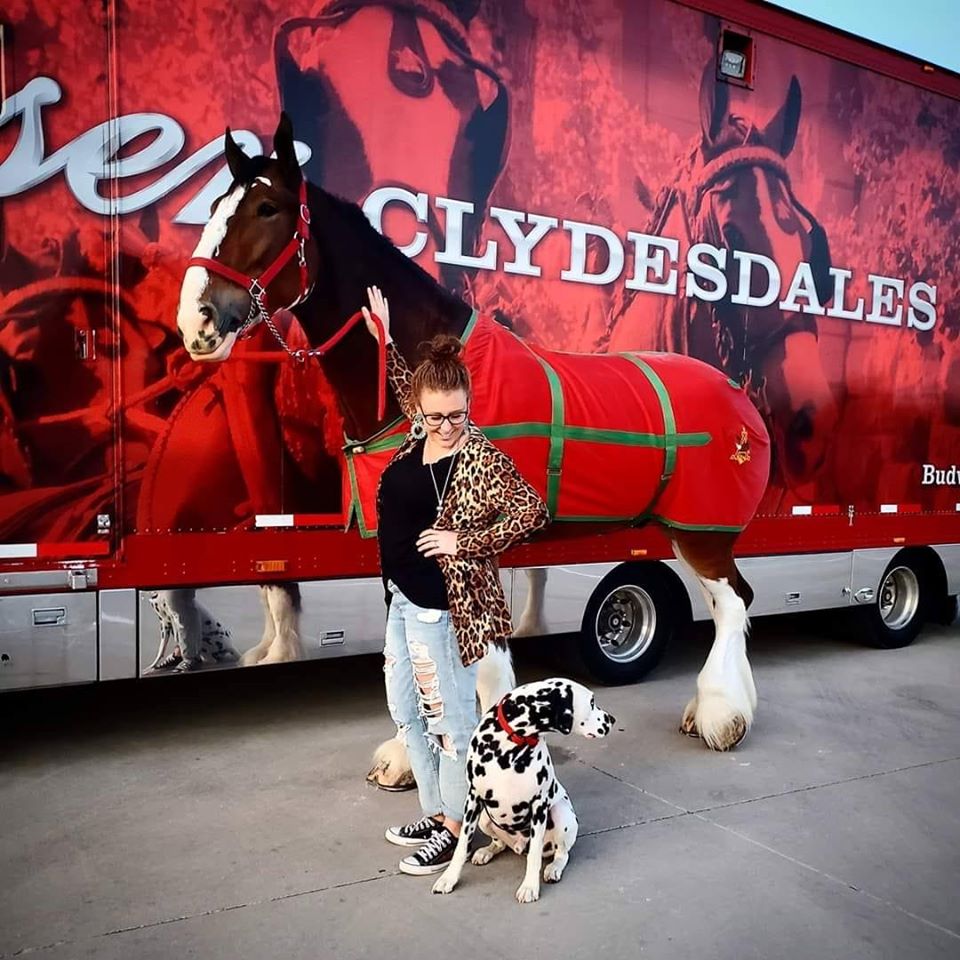 And if ever there was a post to strike up a such a divided conversation, it would be this.

The post has since attracted almost 8,000 comments and a whopping 39,000 likes, and has been shared on Facebook 45, 000 times reaching parents all over the world – with many sharing their thoughts on the topic.

In the detailed post, the mum starting by saying: " MIND YOUR OWN TABLE", in reference to dining out in public,

and continued with what she considered a public service announcement.

She said: "I get it, when I was in my early twenties and mildly cocky in my childless parenting knowledge, I too was the 'I'm never going to use a tablet' childless mom…. I was going to teach my child 'manners' – **insert eye roll and laughing here** – but you know what? Times have changed.

I get it, when I was in my early twenties and mildly cocky in my childless parenting knowledge, I too was the 'I'm never going to use a tablet' childless mom – but times have changed

"Today when eating at a Mexican restaurant with my barely 1 year old son and husband, we lasted about 75% through lunch with toys and snacks before I whipped out the old Amazon fire and put on bubble guppies.

"But I saw you Deborah. I saw your razor blade eyes from a table away. With your 'I need to speak to a manager' hair Bob… you RADIATED 'I didn't need that when I raised my kids' from your middle aged soul."

Referring to the the judgemental stares and pursed lips from disapproving women, the woman continued on her rant.

She said: "Imma do what I have to do to drink my noon-on-Sunday margarita without my little terrorist tearing down this restaurant with his tiny infant hands. 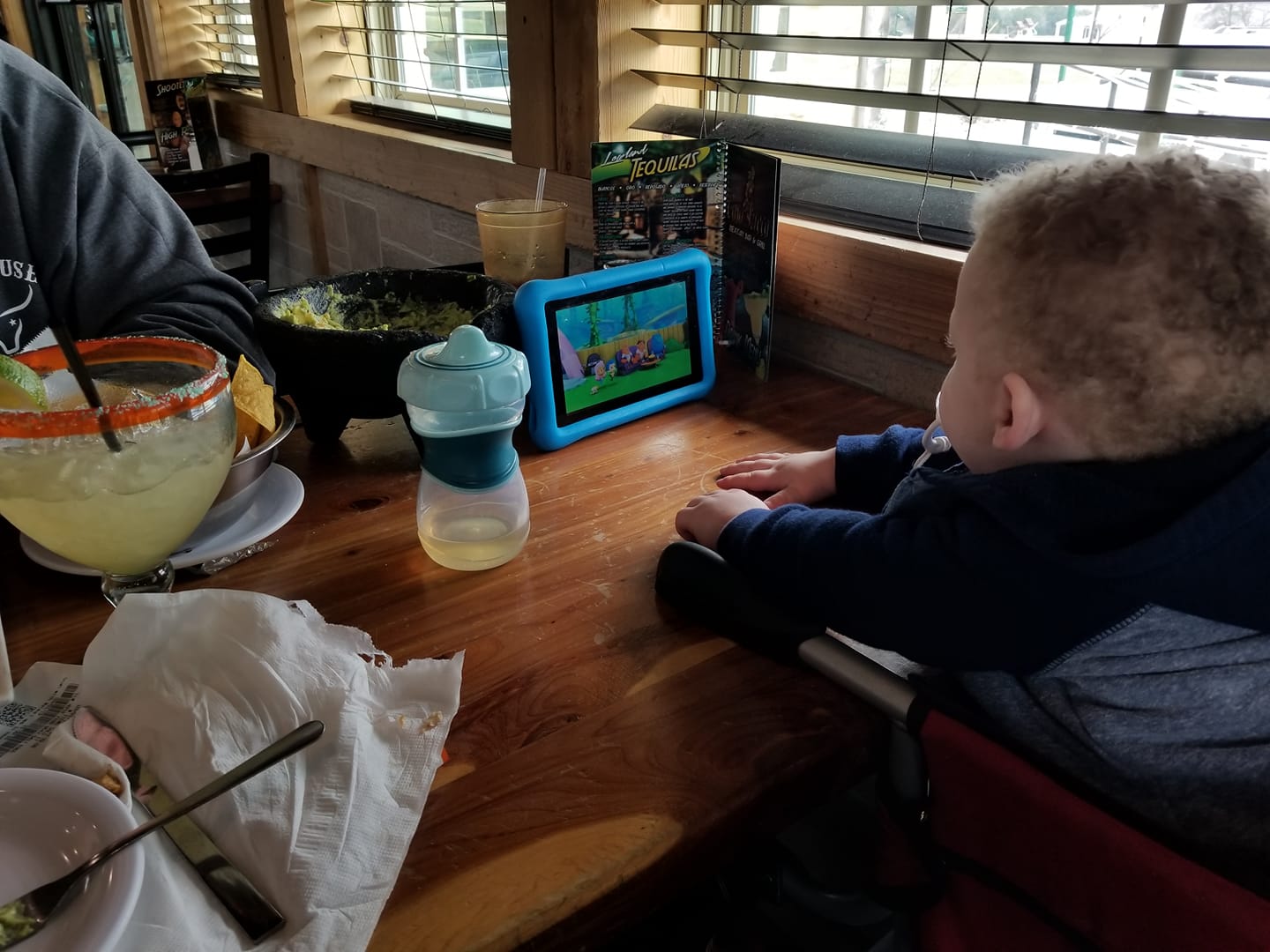 "I get it…. you were the perfect parent…. Somehow in the age of no car seats and lead based painted cribs you raised superior humans – all hail the 1970's mom.

"I get that in your mind, my infants tablet THATS MUTED, bothers you more than the damn mariachi music being blasted from this Mexican restaurant.

"I don't know if your issues with me are based on anger or jealousy that you didn't have this fished-themed infant mind control when you were raising your horrid little humans.

And in a bid to defend her actions, she concluded with: "This is my PSA to 50-something year old women like you.

I'M SORRY… that I'm not sorry, my son who inst even old enough to not crap his pants, cant just sit through an hour long lunch and that I just want to drink my MOTHER EFFING JESUS-PRAISE-DAY MARGARITA IN PEACE!"

I get it, you were the perfect parent. Somehow in the age of no car seats and lead based painted cribs you raised superior humans – all hail the 1970's mom.

But the message has parents divided – many praised  her for her forthright opinion, and agreed that all parents should have the right to parent any way they see fit,  including providing screen time while you sip on a margarita.

Winning her over with her words, one woman said: "I love this!! You just won over my heart…you go girl! You rock motherhood and you keep on doin what your doin. People just suck sometimes and that’s just really sad to say the least!!"

And one grandmother agreed: "Hey! If I had had one of those tablets, I would have GLADLY given them to my kids!!! My grandkids had them and they are LIFE SAVERS.  Screw people who judge."

While many other parents took to the comments to share their own ruling on screen time and how they use it in their household – and with such varying methods, it further proves there is no right or wrong way to approach the topic.

But it seems some people were left unsettled by the opinionated mum's approach to motherhood with some releasing their inner "Debbie" to voice their concerns.

In more parenting news, this couple trick their thee-year-old son with hilarious viral Nutella prank and his reaction is priceless.

And, this mum shows off hand painted Mario Kart mural – but people think it looks like something MUCH ruder.

Plus, a children’s book explaining how babies are made goes viral for its bizarre explanation of sexual positions.

TOM LEONARD: Kevin Spacey is back in his most creepy scene ever

WhatsApp removes a feature in latest update, but only iPhone loses out