A MUM of two-year-old triplets has revealed the hacks she's come up with to manage day-to-day life with her little ones.

Rebecca Bennett, 29, from the Channel Islands, said she was forced to come up with several ‘mum hacks’ as their town did not have enough demand to be kitted out for triplets. 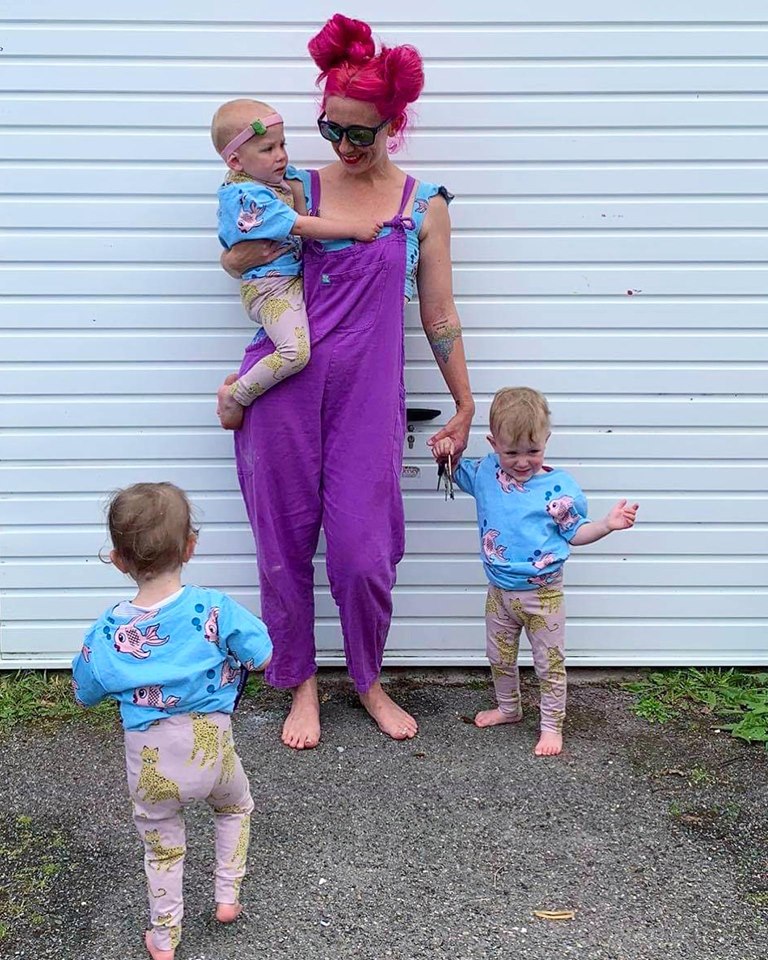 The mother, who previously worked as a support worker for children and adults with learning disabilities, has come up with a fun hack to make trips to the supermarket easier.

She uses buggy clips to add extra shopping baskets to the main trolley – so there is enough room for the three toddlers to sit in the double trolley.

She also turned the washing line into a swing carousel for Willow, Primrose and Jasper to play on – as she didn't have enough space in the garden for three separate swings.

Rebecca, who’s triplets were born at 24 weeks and weighed just over 1lbs each, said a lot of things are impossible to do ‘normally’ so she enjoys thinking of fun alternative hacks. 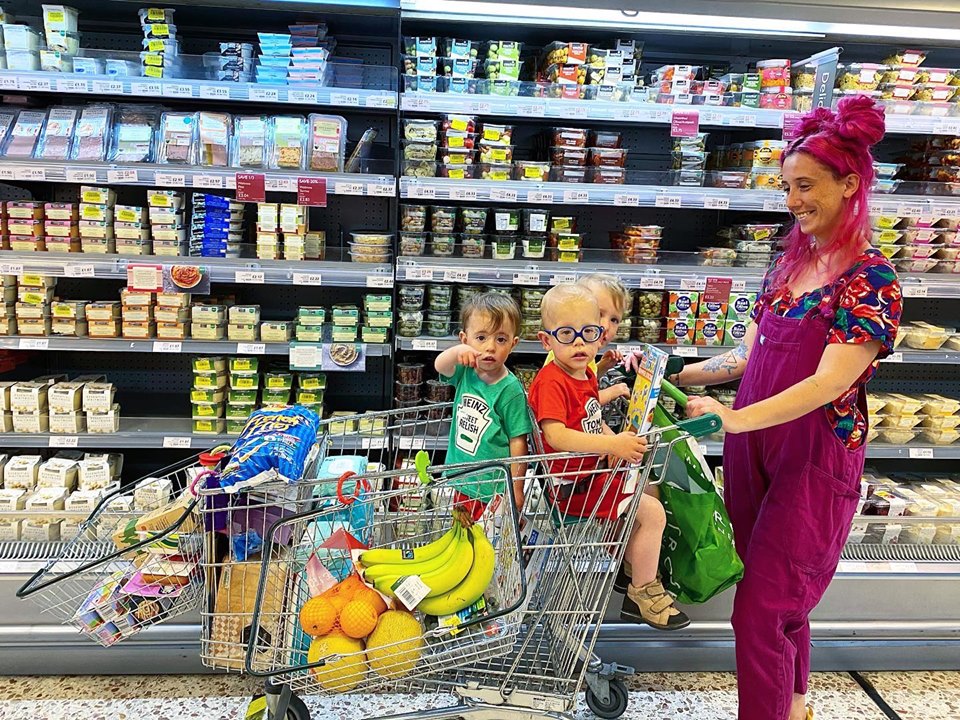 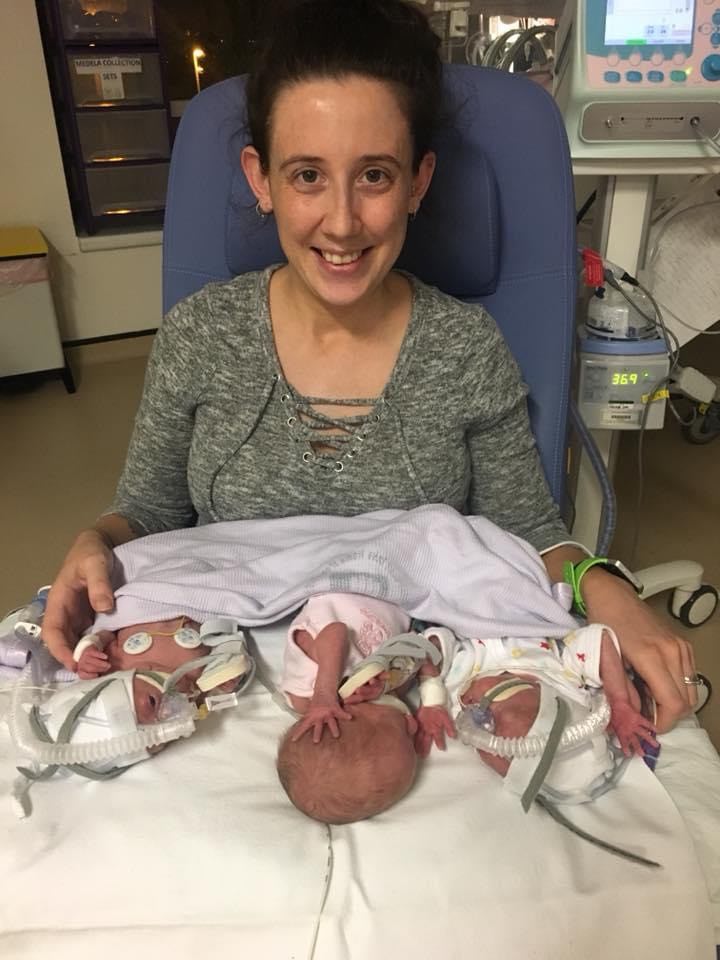 She said: "We needed to use little hacks for feeding, sleeping and getting out and about from when they were born as some days it was just me and the babies.

"So some things were impossible to do normally. We started to get more inventive with our hacks during lockdown.

"We have been through a crazy journey from infertility to ovarian hyper stimulation and myself ending up spending the majority of pregnancy in hospital or on bed rest.

"We believe we are the luckiest parents in the world and love creating fun hacks!" 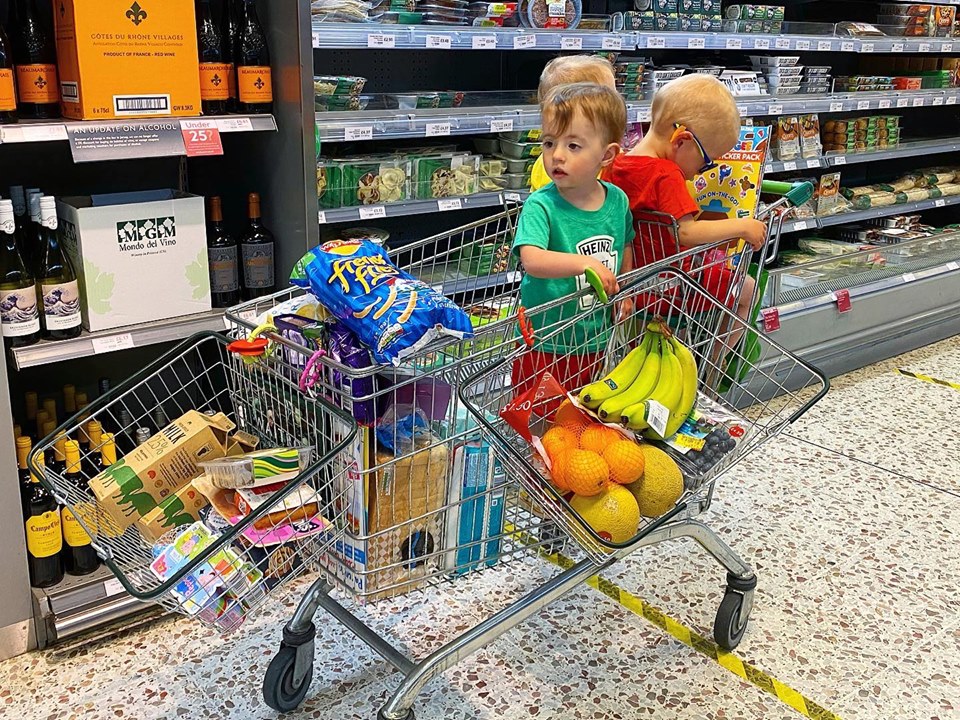 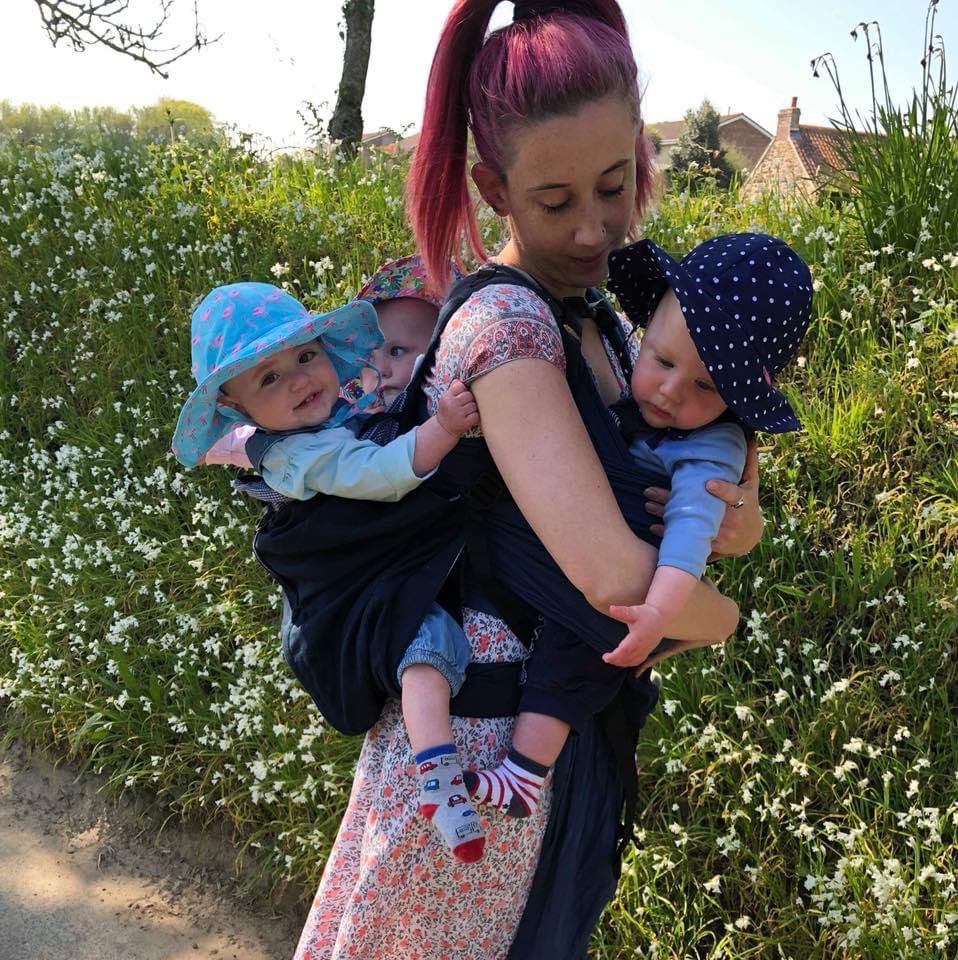 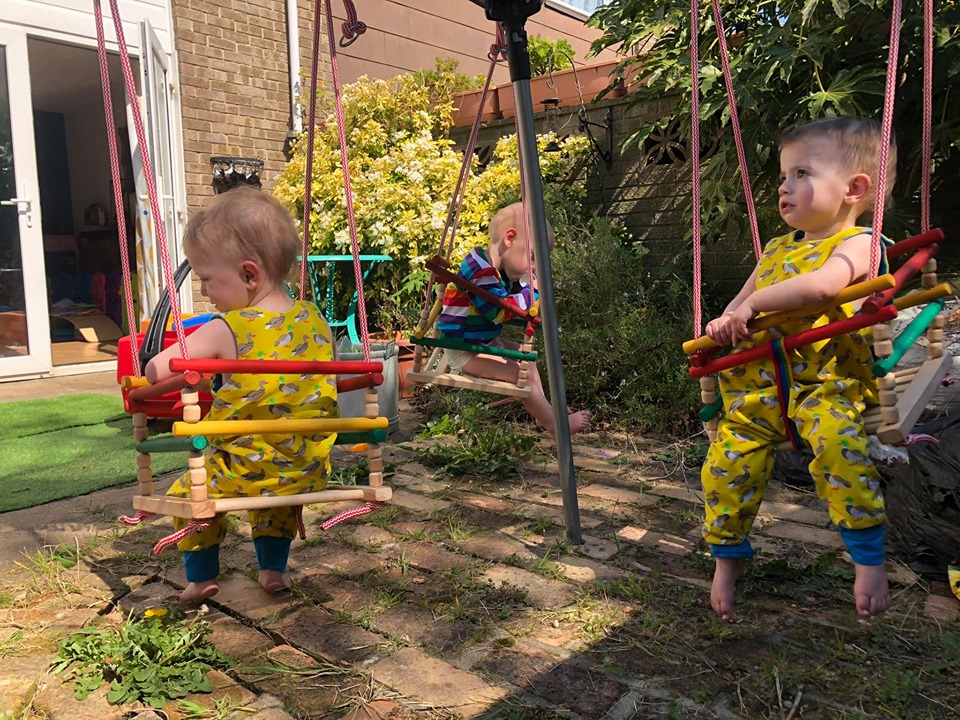 She said shops in the Channel Islands aren’t kitted out for triplets – and she was left stressed out after taking up the whole aisle trying to push two trolleys.

The mother said her hack of using buggy clips to secure baskets to the trolley for more shopping storage has been a ‘life saver.’

She added: "As long as I remember to bring snacks for the trio – our shopping trips are now smooth sailing!"

Rebecca, who lived in the hospital with the babies for four months when they were first born, said the family have been on a rollercoaster ride since the trio entered the world. 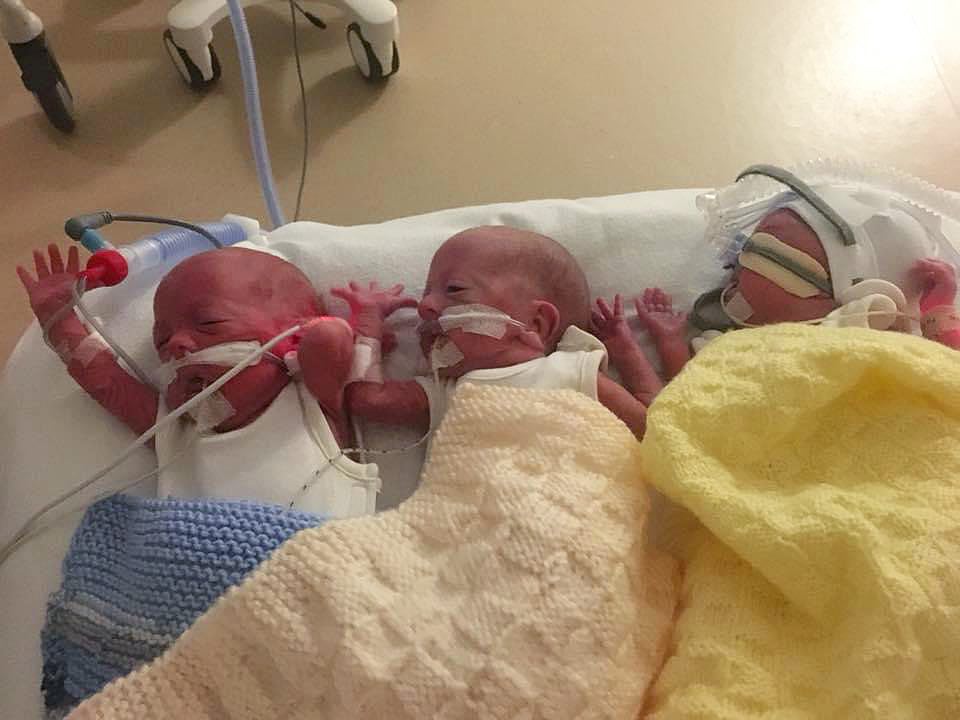 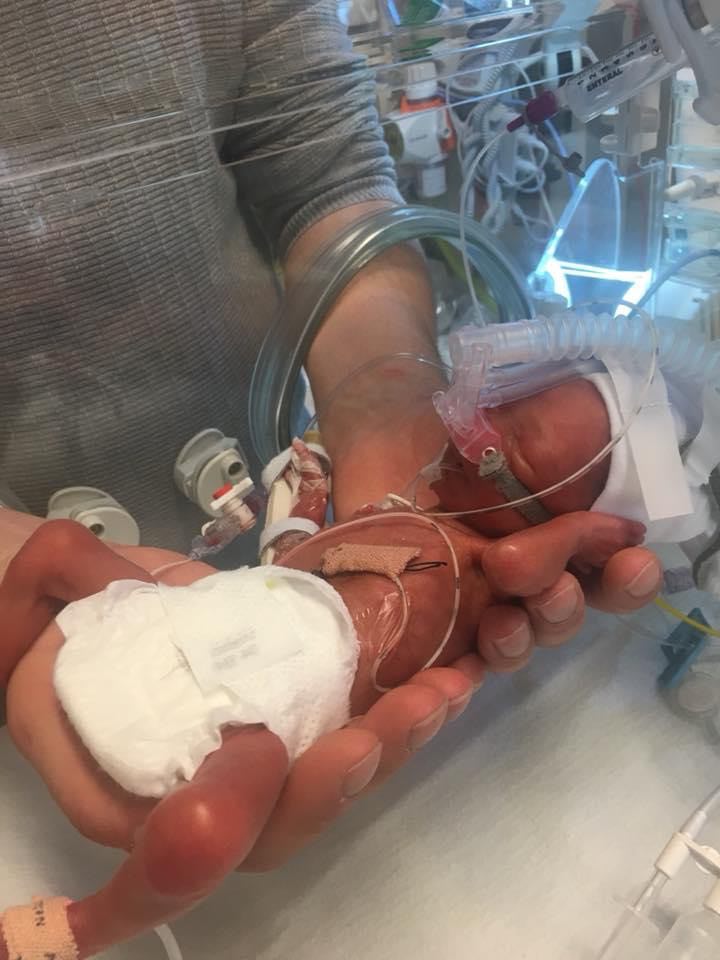 Rebecca described it as ‘the scariest time of her life’ but believes the triplets are a ‘miracle’ and she insists the trio will have the same opportunities as any singleton child.

She said: "The babies, though now healthy, still pick up bugs and infections very easily and as you can imagine if one child gets sick the whole house gets sick.

"My father-in-law and I were talking one day and came up with the ideas of swings on the washing line. 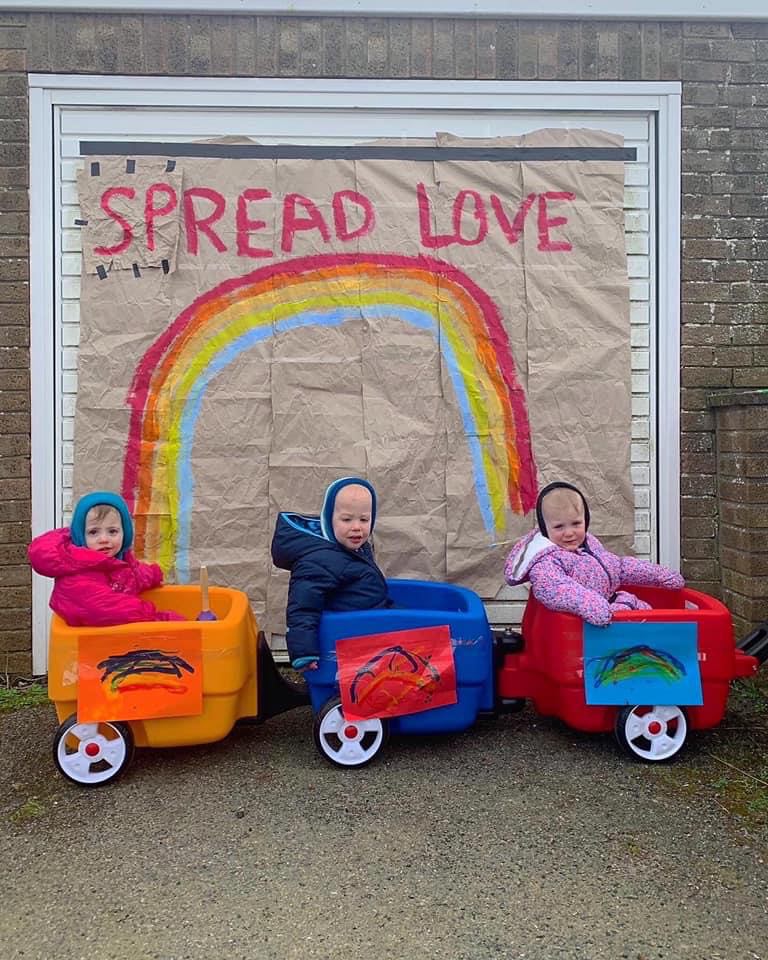 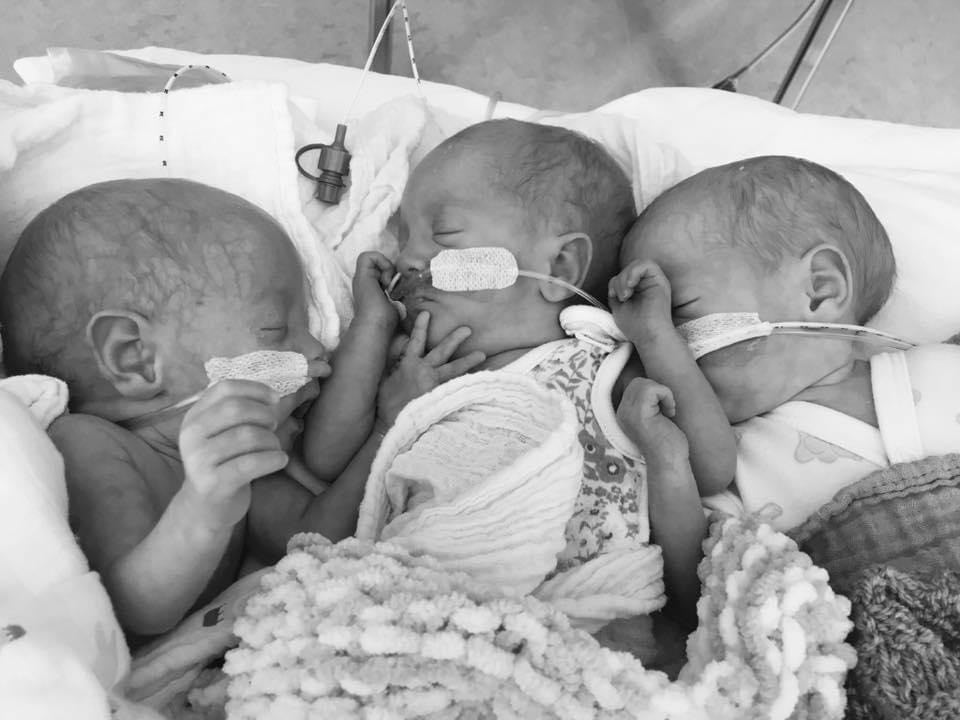 "Our garden is very small and three swings wouldn’t have fit. So the triplet carousel came to life and was then watched online by thousands and thousands of people. The trio love it!"

The family, who share their triplet hacks and tips on their Instagram page , also recently picked up a second-hand cargo bike.

Rebecca is by herself with the triplets during the day while her husband Daniel is at work so she wanted to come up with a way to safely accommodate the trio and take them cycling.

She said the cargo bike is ‘perfect’ for the toddlers and said they love going through the country lanes and spotting the cows and horses. 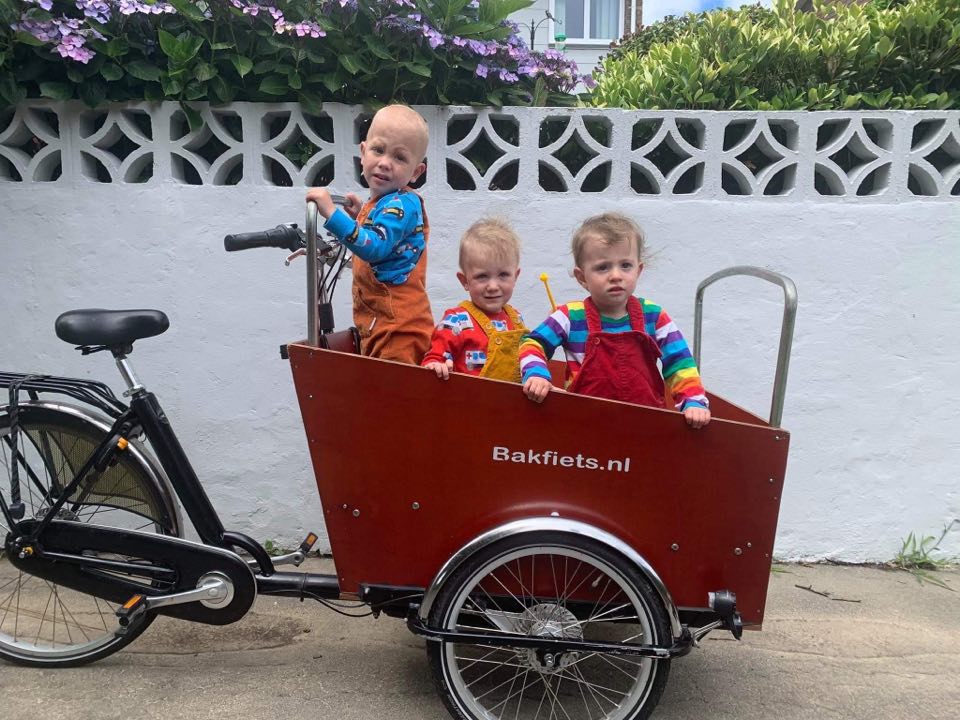 She said: "Other people love seeing the babies and always stop and ask after them which is so kind.

"When they were born, the island supported and followed their stories so people love to be updated on their journey and see how they are doing.

"I don’t think there is enough demand over here to warrant product supply. Even a triple buggy had to be shipped over.

"I don’t mind making the hacks as I love getting creative and putting smiles on people’s faces."

In other parenting news we shared how a mum creates an epic carnival in her garden for the kids using cheap eBay buys and people are blown away by her efforts.

And this mum-to-be transformed a cluttered box room into a ‘dream nursery’ using B&M & IKEA bargains.