Home » Fashion » Mum sparks debate after stranger buys her son, 5, gold eyeshadow to encourage him to ‘do what he loves’

A MUM has sparked a debate online after sharing a stranger’s “heart-warming” gesture when they paid for her son’s makeup.

Taylor McRooy, from Ontario, took to Facebook where she shared photos of her son, Kaiden, 5, proudly showing off his new gold eye shadow. 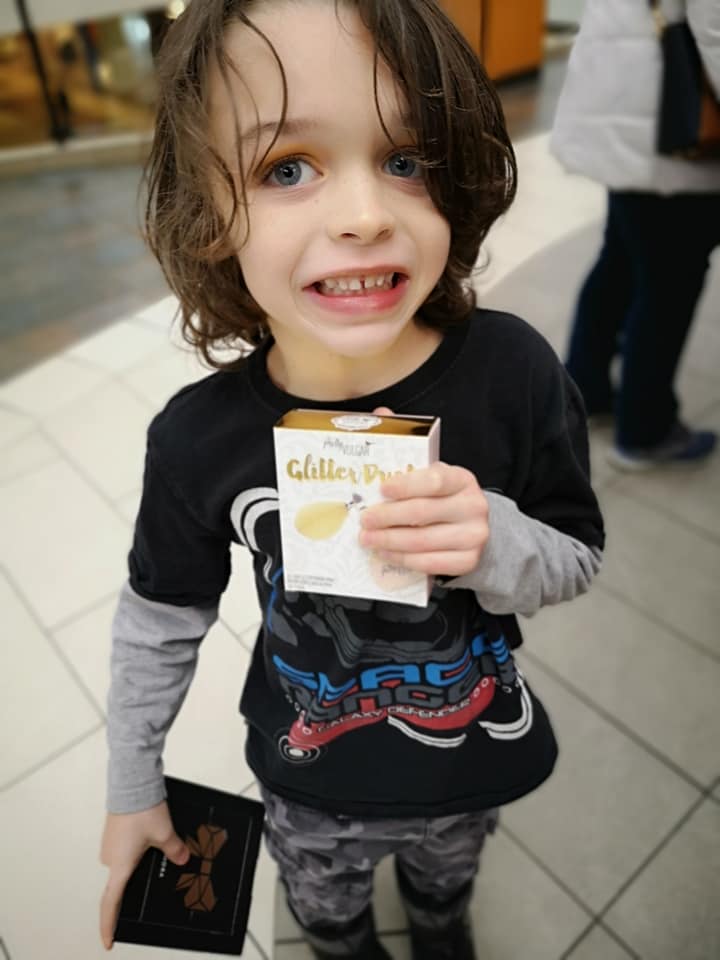 Captioning her snaps she wrote: “Yesterday we took Kaiden to Sephora (because Mom can't go get her eyebrows done without Kaiden coming so he can try on all the cool gold makeup) and as usual, he asked if he could get his makeup done."

She explained that he loves visiting the store and asking the employees questions because "he says Mama just doesn't know enough about makeup and he's totally right!"

Taylor said this week, however, someone noticed the family and spoke to an employee, who approached the mum.

Taylor explained: "She (the employee) said another customer had come to pay for their purchase and said they loved how Kaiden was allowed to love what he loves and encouraged and supported by both myself and Matt (her husband).” 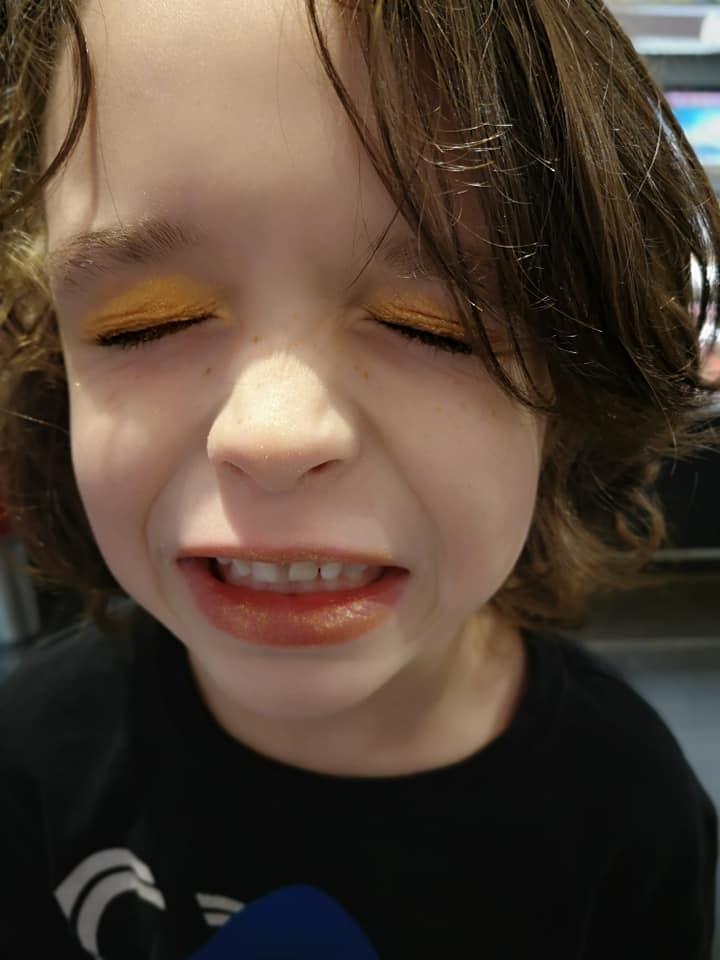 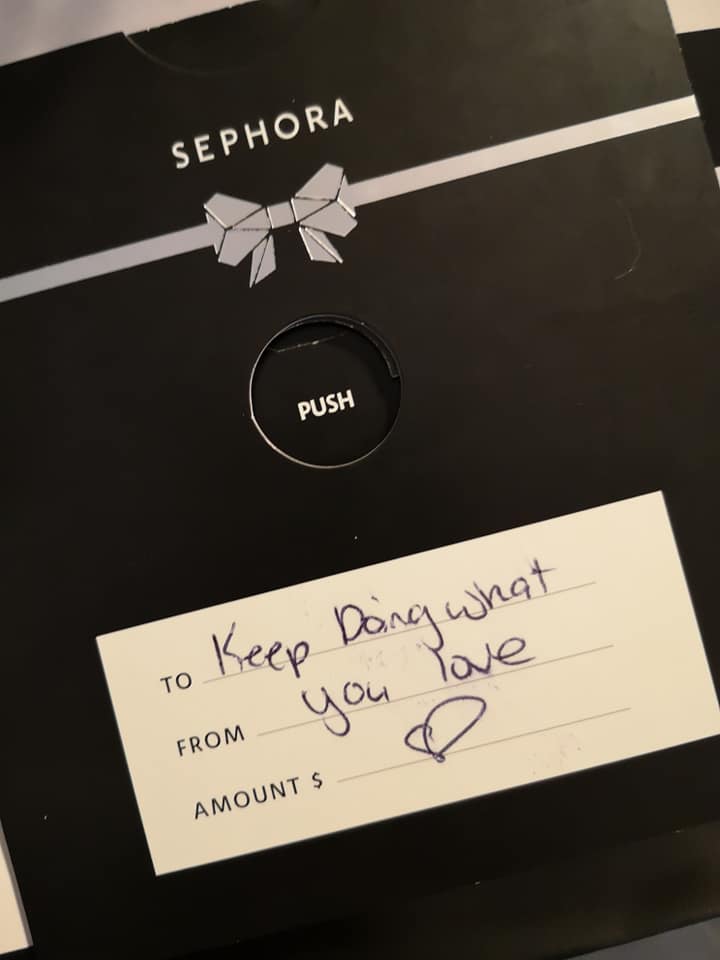 The customer then went and purchased a $25 (£19.25) gift card for him to spend on whatever he wanted.

Taylor said that Kaiden was "beyond excited" and "knew right away what he wanted to buy," heading straight to his favourite product in the whole store.

She said that he still doesn't understand why he got a gift card from someone, why it's special and why "some kids may not be 'allowed' to try on makeup at his age, especially boys."

Kaiden settled on a gold eyeshadow, with his mum adding: “To whoever that customer was, thank you so much! You made my kiddo's day even brighter and we appreciate it more than we could possibly express!" 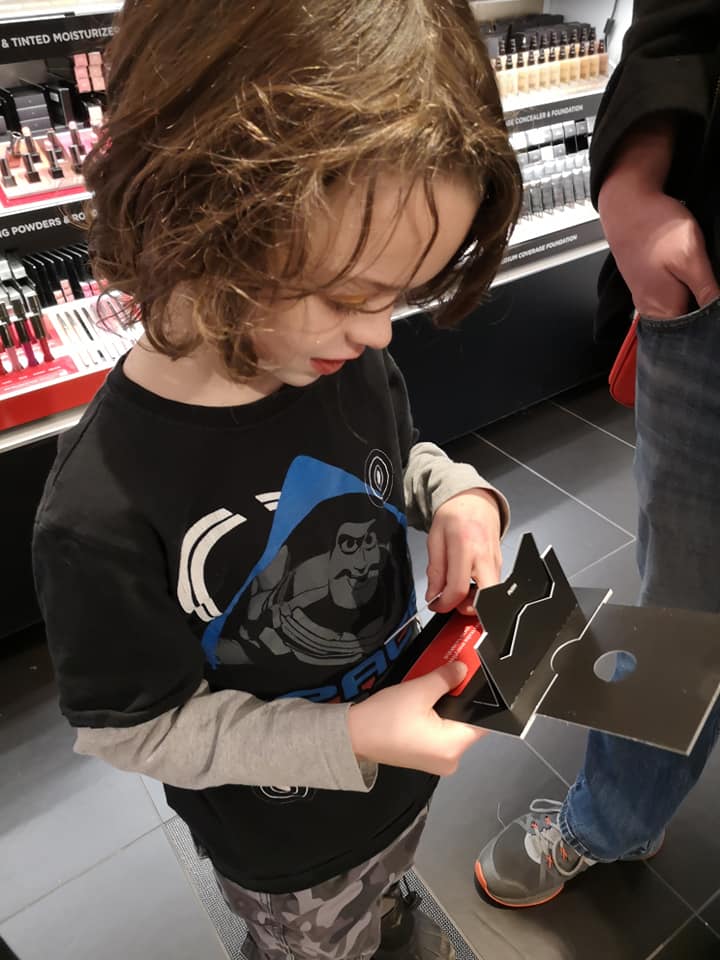 While her post attracted mainly positive comments, some parents argued that Kaiden should not be wearing makeup.

One wrote: "I’m sorry no offence I just feel like boys are boys and girls are girls. Girls wear makeup and play with dolls; boys play football and play with toy trucks."

Others echoed the same sentiment, saying, "I don’t know what’s wrong with people these days… it’s like they're trying to create confused children on purpose!"

But plenty more were quick to applaud both the kind-hearted stranger and Kaiden's parents.

"You're amazing!" said one, "Please keep doing what you're doing. Ignore the haters and ignorance! Our children's wellbeing is worth more than the hateful words."

Another said: "You are such an amazing mother, letting her child love whatever he wants without judgement!

"My son loves makeup and has copied me from a young age. He's six now and won't talk about it but I let him choose my outfits, how I style my hair and what makeup I wear.

“It makes him so happy! Keep doing what you're doing, let your lovely boy be who he is and embrace this time where he doesn't realise how cruel some can be!"

Agreeing another said: "When you stifle a child, you stifle their potential, and teach them to hate parts of themselves.”

This article was originally published in Kidspot and has been republished with permission.

In other parenting news, this mum sparked a huge debate by asking whether it's illegal to have two kids in a shopping trolley.

Plus this furious mum burst into tears after her husband told their three-year-old daughter he loves her "more than anything".

And this horrified mum accused her son of taking crystal meth after finding a bag of powder in his room – but he can't stop laughing.