A MUM has caused a splash online after installing a jaw-dropping feature in her teenage son's bedroom.

Sharnene Jewell forked out £500 and spent a week installing a giant SHARK head on the wall. 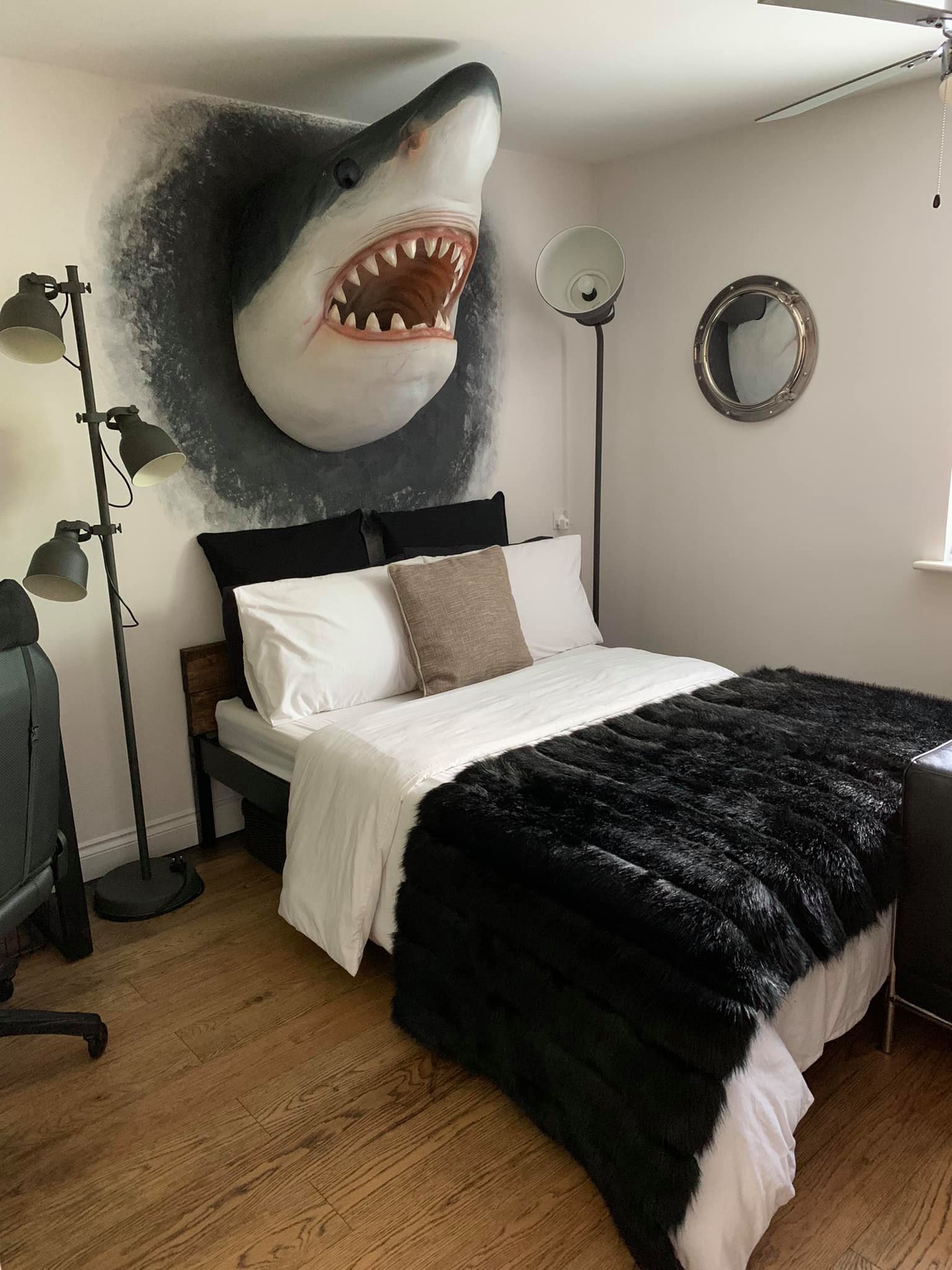 The fibreglass great white, which itself cost just £25 on eBay, hovers directly over 17-year-old Morgan's pillows.

Sharnene and her partner then spent hours painting the wall to create the illusion of it launching itself out of the water.

The mum posted snaps of the wacky project on Facebook where it amassed more than 28,000 likes and comments.

The 45-year-old admitted it wasn't everyone's cup of tea – but, most importantly, Morgan loves it.

Sharnene, from Cardiff, said: “His bedroom has been lots of colours and has changed many times – but the shark is one of his favourite things.

"The paint effect took a couple of days.

"They also took a few days and then the desk in about a day, in total about a week, but not all in one go.

"It’s not going to be to everyone's taste, but at least he liked it."

ROLLING IN THE DEEP END

The comments soon flooded with praise and criticism – as well as references to the Jaws films.

One joked: "You're gonna need a bigger bed."

A second wrote: "My son said he wants the same bedroom."

Another penned: "Personally I wouldn't want it in my house but it's absolutely fantastic."

While a fourth added: "I would never sleep again, it’s bloody terrifying." 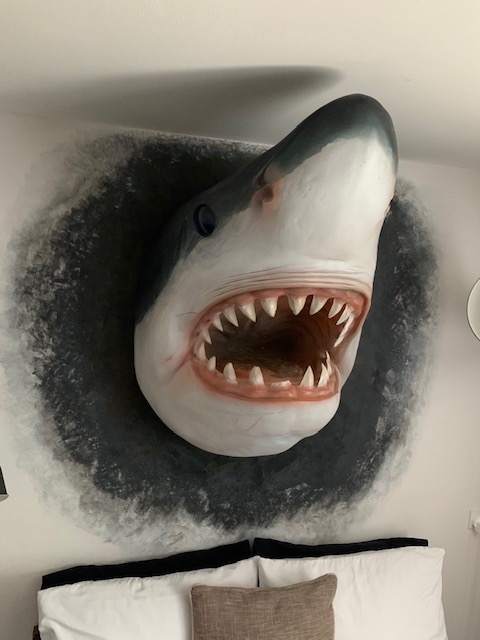 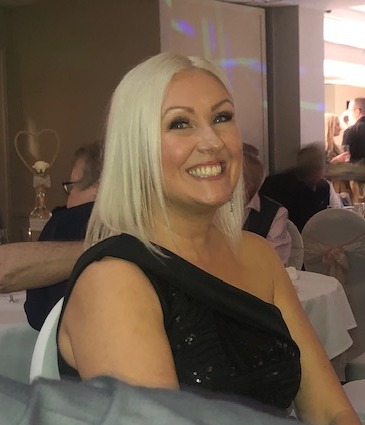 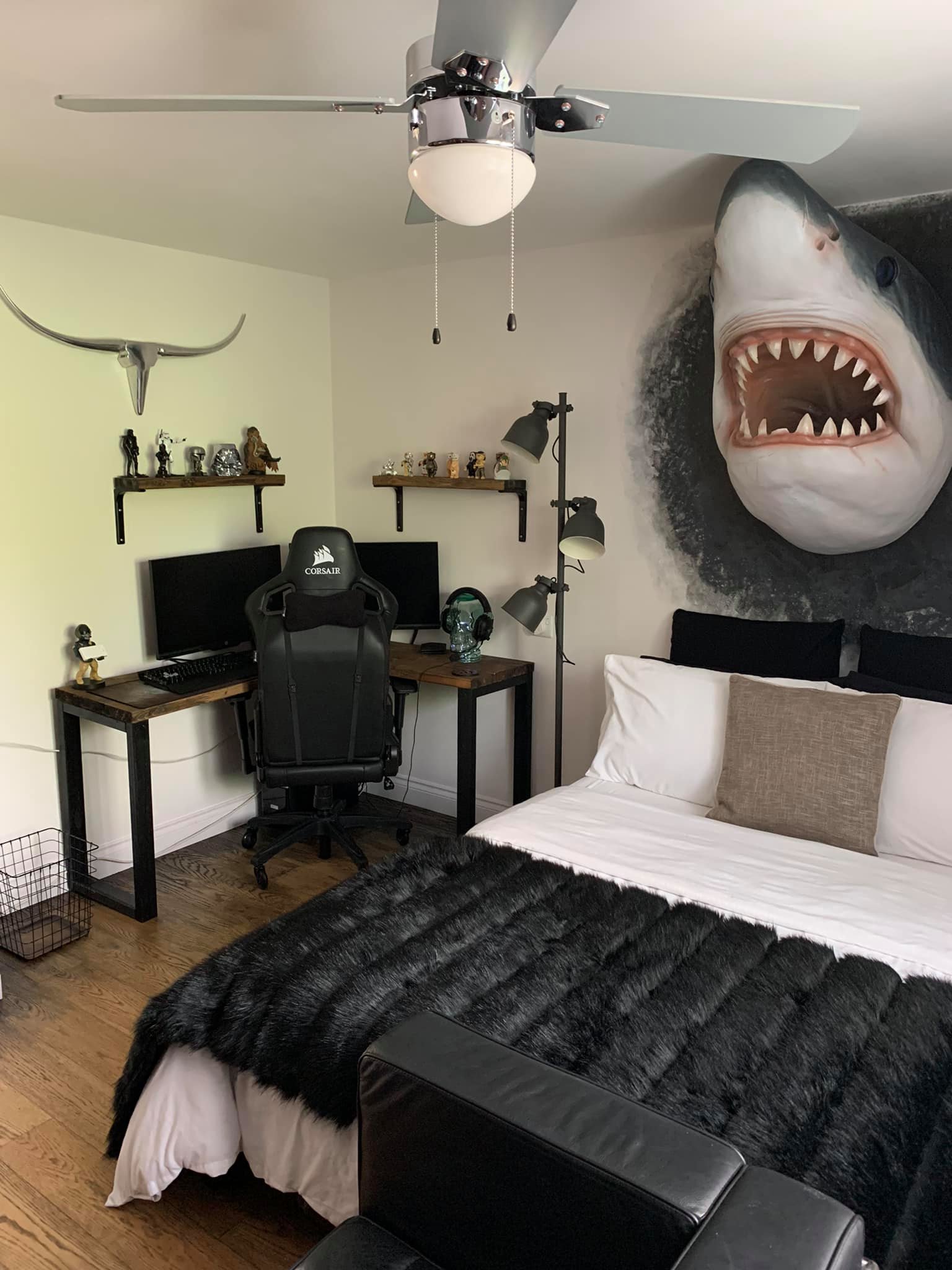 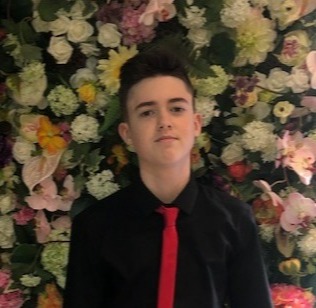 ‘The Masked Dancer’ Reveals Identity of the Exotic Bird: Here’s the Celebrity Under the Mask

Why is Purell So Damn Expensive? And What is the Company Doing About It?