But her excitement soon turned to panic when doctors took one look at the newborn and feared his abnormally shaped features were something life-threatening. 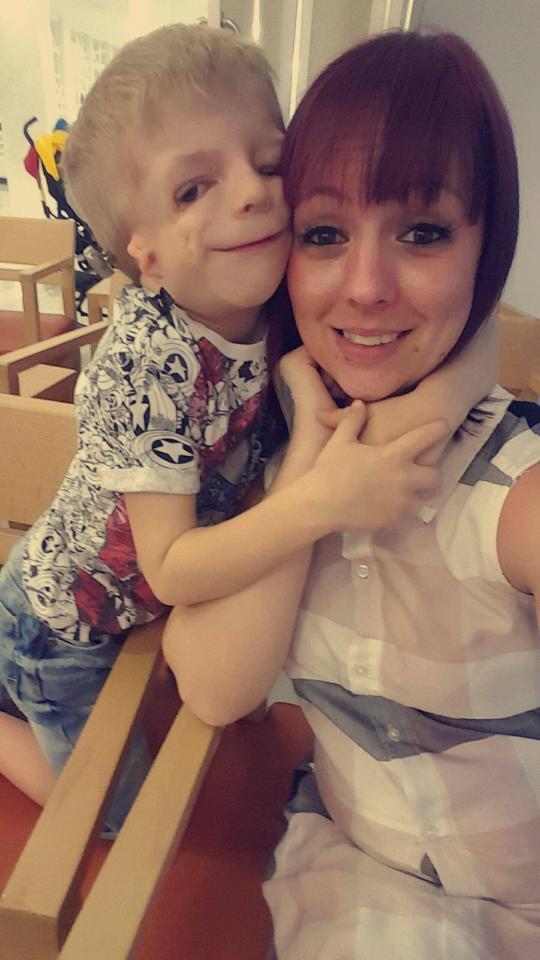 Nicky’s son Jaydon was born with Treacher Collins syndrome, a rare disorder that affects around one in 50,000 people and causes deformities of the ears, eyes, cheekbones and chin.

The mum-of-two wasn't fazed at all by his unusual appearance and wants others to know that although her little boy looks different, he is just the same as every other child.

Nicky, from Swadlincote, Derbyshire, said: “Even though Jaydon has this condition, he’s is just like any other little boy – chatty and full of energy.”

During her pregnancy, doctors noted there was very little to indicate Jaydon's condition in the womb. 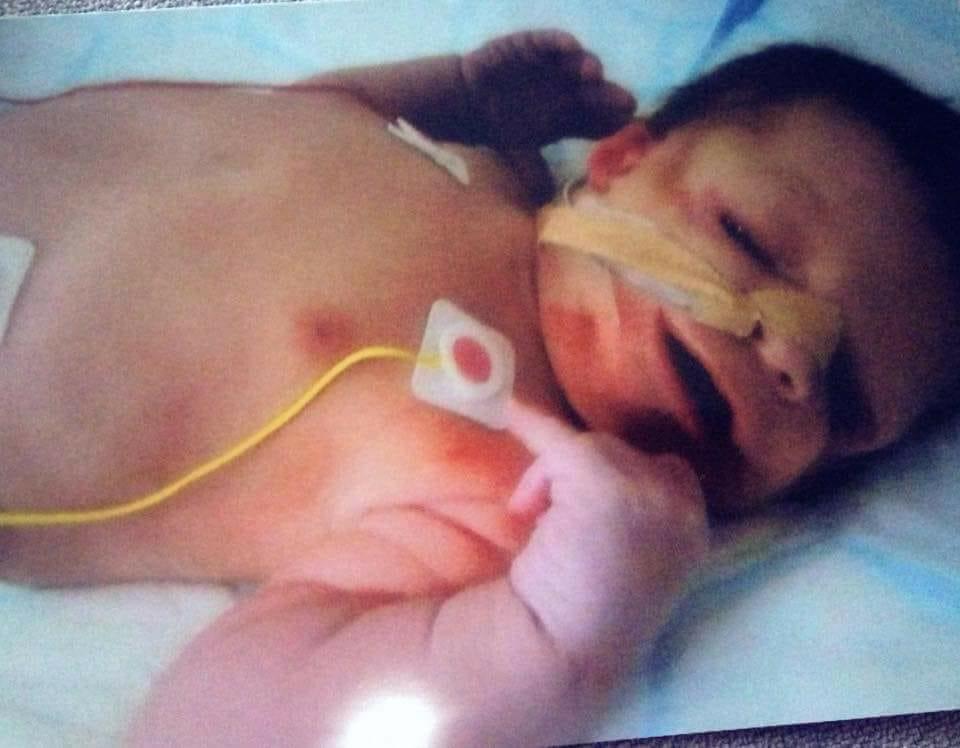 Nicky recalls: “Looking back at the scan photos, you can see his jaw is slightly disproportionate but at the time, we thought it was just a blurry photo.

“We never in a million years though it was Treacher Collins, it’s not something you can see unless you’re looking for it.”

However, the moment Jaydon, now eight, was born, doctors noticed something wasn’t quite right.

Nicky said: “The labour was incredibly tough and I was pretty out of it most of the time, I just couldn’t wait to finally hold him.

“I went for an emergency caesarean and the moment he came out, one of the doctor’s rushed to the wall and pulled an emergency red cord.

“They bought him over to me so I could give him a quick kiss on the head.

“I remember catching a glimpse of him, his poor little face was so swollen, and then he was gone.” 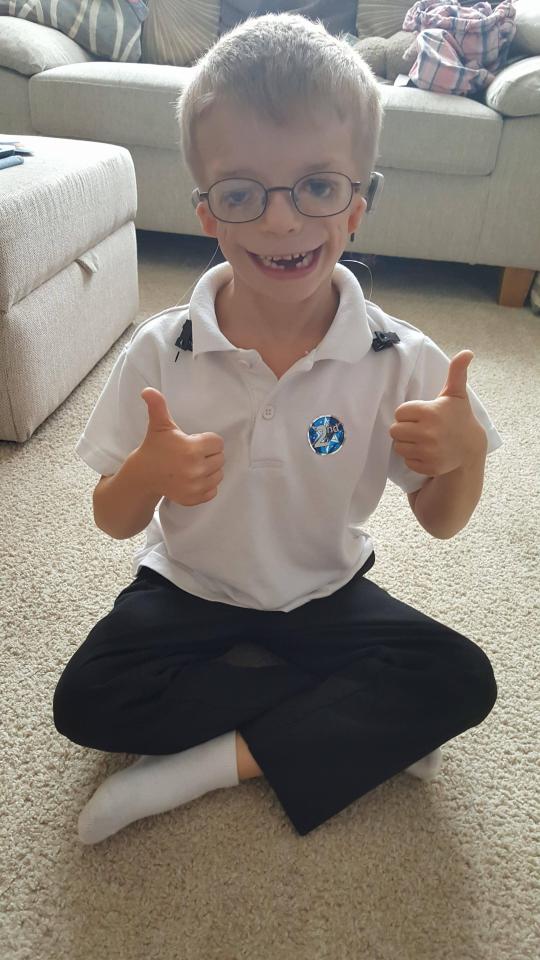 The doctors whisked Jaydon away to run further tests and all Nicky and her then-partner, Chris, also 21, could do was wait.

Nicky said: “I was so exhausted but didn’t get any sleep.

“I wasn’t able to see him for a while so the nurses brought me a photo.

“He was so little and covered in tubes but all I could think was ‘bless him’, he was so sweet I just wanted to be with him.”

Jaydon was almost sent to a specialised children’s hospital, until one doctor recognised his deformities as Treacher Collin’s syndrome.

Nicky, who was 21 at the time, remembers feeling worried by the news of her son’s condition.

She explained: “It was daunting and overwhelming; I was scared about caring for him when I didn’t even understand his condition.

“But like any new mum, I knew it was something I’d slowly get to grips with over time. I knew he’d be fine.”

Over the years, Jaydon has had several operations, including the insertion of metal pins to help with the growth of his skull, and an operation to support his eye lid to help improve his sight.

Nicky said: "Of course, there are still occasions where I worry about him.

“One time when we were at a soft-play area, Jaydon was happily playing, when some older boys went over to him, started pointing and calling him a ‘freak’. 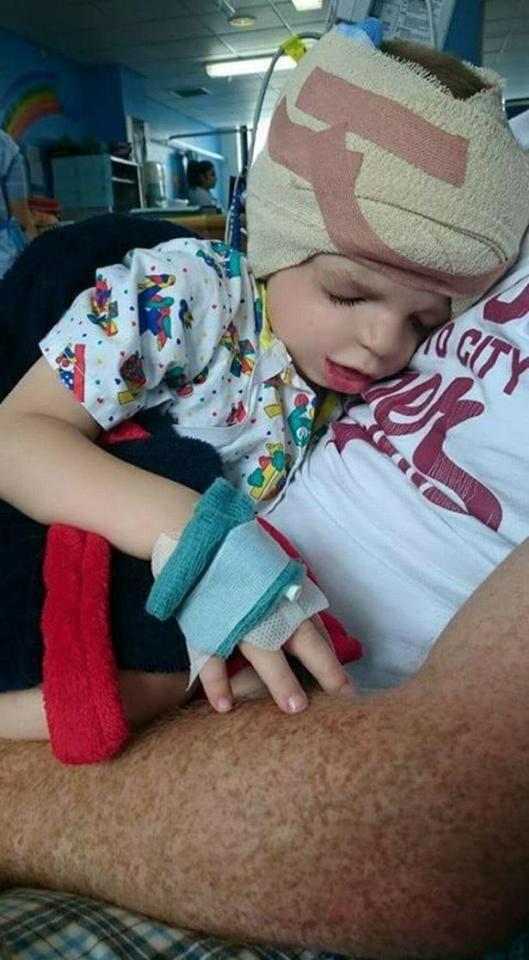 "I couldn't believe it, I went over and told them off. Luckily he was too young to realise what was going on – it was still upsetting that people can act like that."

But no matter what, Nicky was determined to ensure that Jaydon grew up feeling no different to any children his age.

She said: “I was a bit nervous on his first day of school, but the teachers were fantastic, they sat the whole class down and explained why he looks the way he does.

“As soon as they were told, that was it, the children were lovely and accepting and he’s been very happy.”

Although he’s made some good friends, Jaydon has encountered one incident of bullying.

“There was occasion when he came home with a thunder sticker on his jumper,” Nicky recalled. 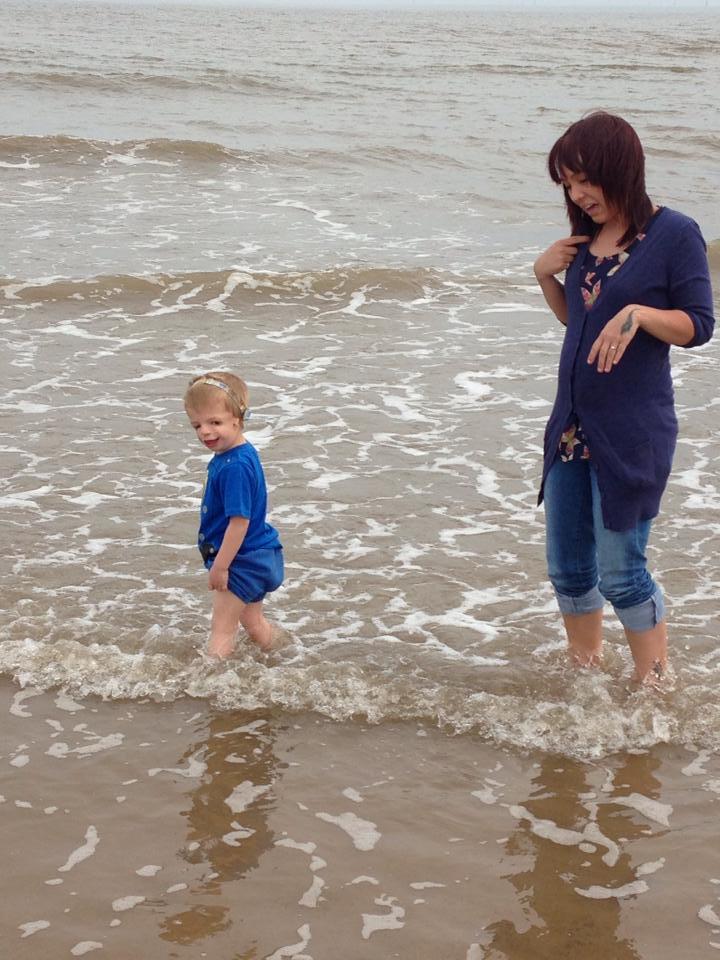 “It meant he’d been in trouble that day at school for playing on the grass with a couple of boys from school.

“When I asked him to explain what happened, he got very upset and defensive – which wasn’t like him.

“It turns out the two boys had pinned his arms and started punching Jaydon, claiming they’d ‘send him to heaven’ for the way he looked.”

Nicky went straight the school, who apologised and ensured their no bullying policy would be upheld.

Despite this minor encounter, very little phases Jaydon, who lives at home with Nicky, her fiancé Jason Cliff, and their son Fletcher, six.

“I make sure I treat both boys the same, I don’t want him to feel any different to his younger brother. 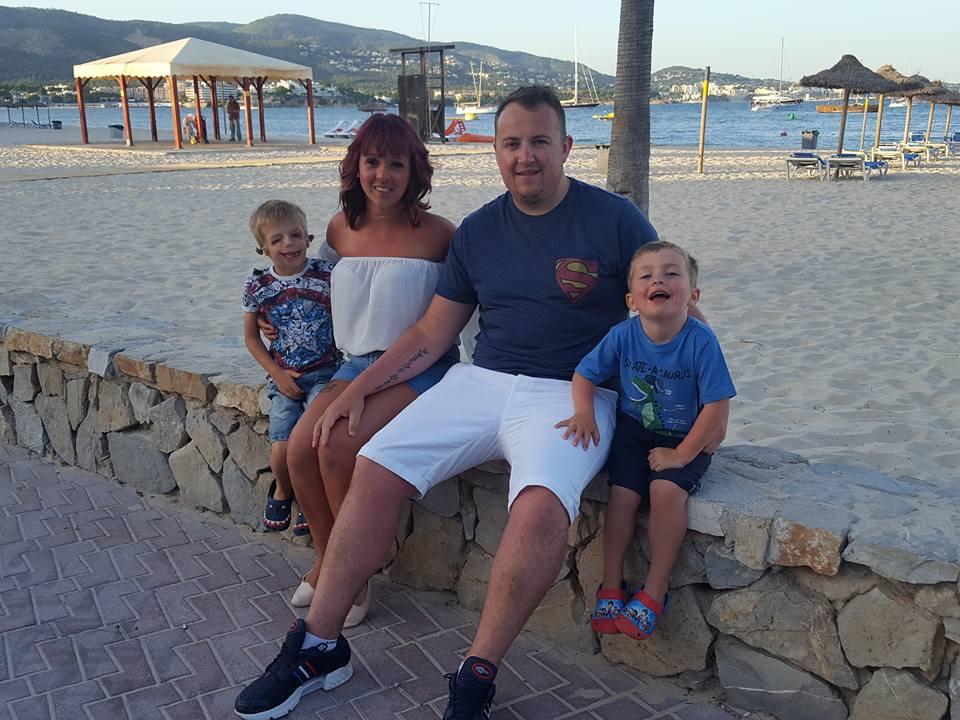 “Of course, there have been a couple of occasion where Jaydon has gotten upset or questioned the way he looks.

“He’s asked me why he can’t he have ears like everyone else and I feel guilty when I see him get frustrated when he has difficulty eating because of his jaw.

“No matter what, we stay positive and it doesn’t take long for him to get pulled out of his mood – he knows he’s special and he loves how he looks.

"Everyone in our lives has been so supportive, he’s such a wonderful little boy and I wouldn’t change him for the world.” 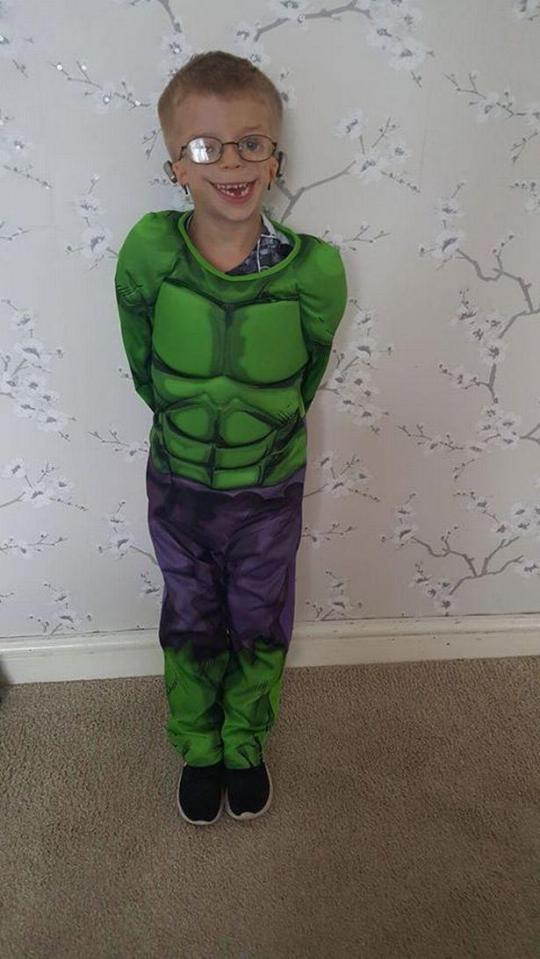 A condition that affects around one in 50,000 people…

Treacher Collins syndrome is a condition which affects bones and tissues in the face.

Also known as mandibulofacial dysostosis, sufferers of the condition will be born with facial deformities, often including downward slanting eyes, malformed ears and a small lower jaw.

It is caused by mutations in the genes responsible for forming a baby's bone and tissue cells in the womb.

The mutation can be passed on from parents to their children, but in many cases it just develops out of the blue.

Great Ormond Street Hospital says the signs and symptoms of the condition are very variable, ranging from mild to severe.

But the condition often causes problems with the formation of a child's cheekbones, jaw and eye sockets, resulting in a characteristic appearance among sufferers.

Some children with the condition will have a cleft palate and coloboma – a notch in the lower part of the eye.

And many children's ears will be affected, either being very small or, in some cases, completely absent.

This can cause hearing problems if the ear's internal structures are also underdeveloped.

Because the condition is so complex, it is usually managed by a team of specialist surgeons, hearing experts, and speech therapists.

In November the story of 17-year-old Ashley Carter, who overcame the taunts of playground bullies due to his Treacher Collins syndrome, was made into a film – Wonder, starring Julia Roberts.

Last week we told how Ashley lashed out after he was approached by Channel 4 hit The Undateables – because of his facial deformity.

He said the insulting request demonstrated his work was not yet done after he was asked to promote the show.

Lancashire, West Yorkshire, Merseyside and Wolverhampton will lockdown with ban on seeing friends from Tuesday