A MODEL and gogo dancer said she has to spend $2000 (£1500) per month on tailoring because her boobs are too perky for "regular" clothes.

Vikki Lenola, 33, from Toronta in Canada wears sexy low-cut costumes, corsets and bras – but feels her 34C breasts are too perky to squeeze into the tiny outfits. 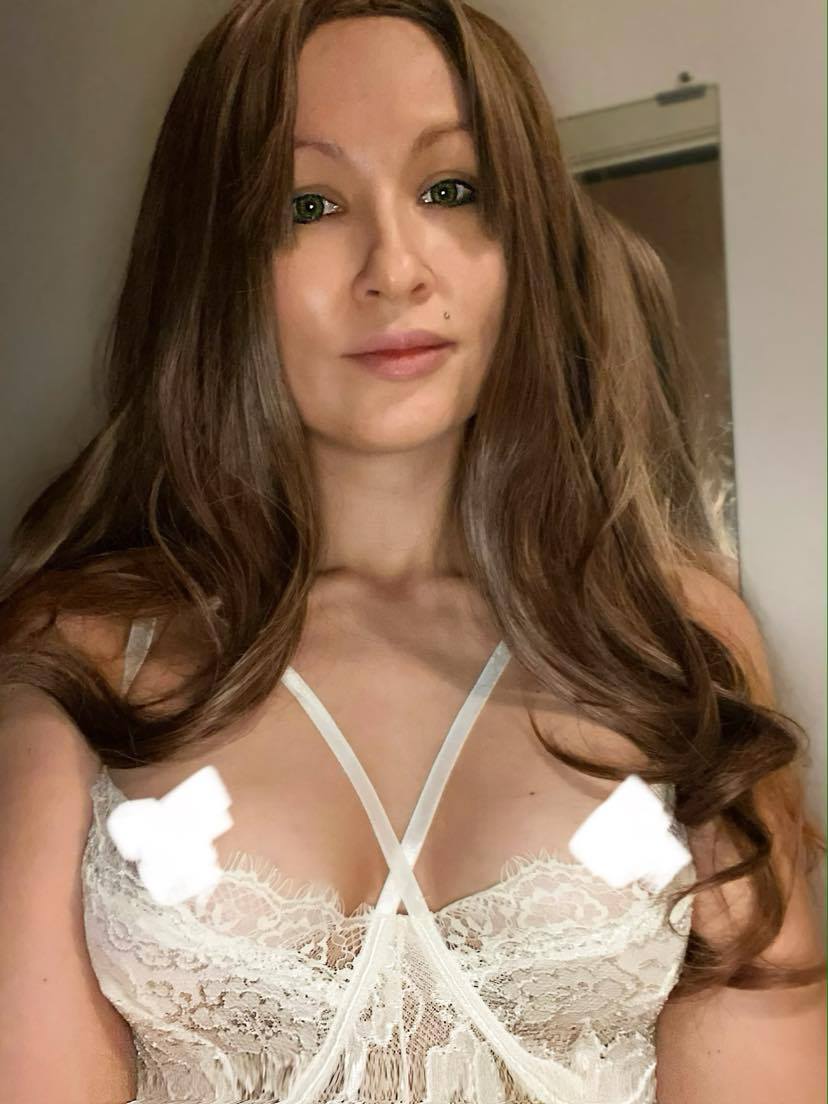 The glamorous model, who has opened runway shows for celebrity designer Rocky Gathercole, has even faced embarrassing nip slip moments in the spotlight.

Vikki said her combined social media following of half a million often argue about how "high" up her boobs sit and debate whether she is wearing a "special" bra to lift them.

To resolve this "annoying" issue, Vikki took a course in sustainable fashion and learnt to alter clothes herself – now she makes all her outfits and even started a non-profit fashion show.

However, Vikki said she is also thankful for her "perky" breasts as she believes it helps her gain more modelling jobs. 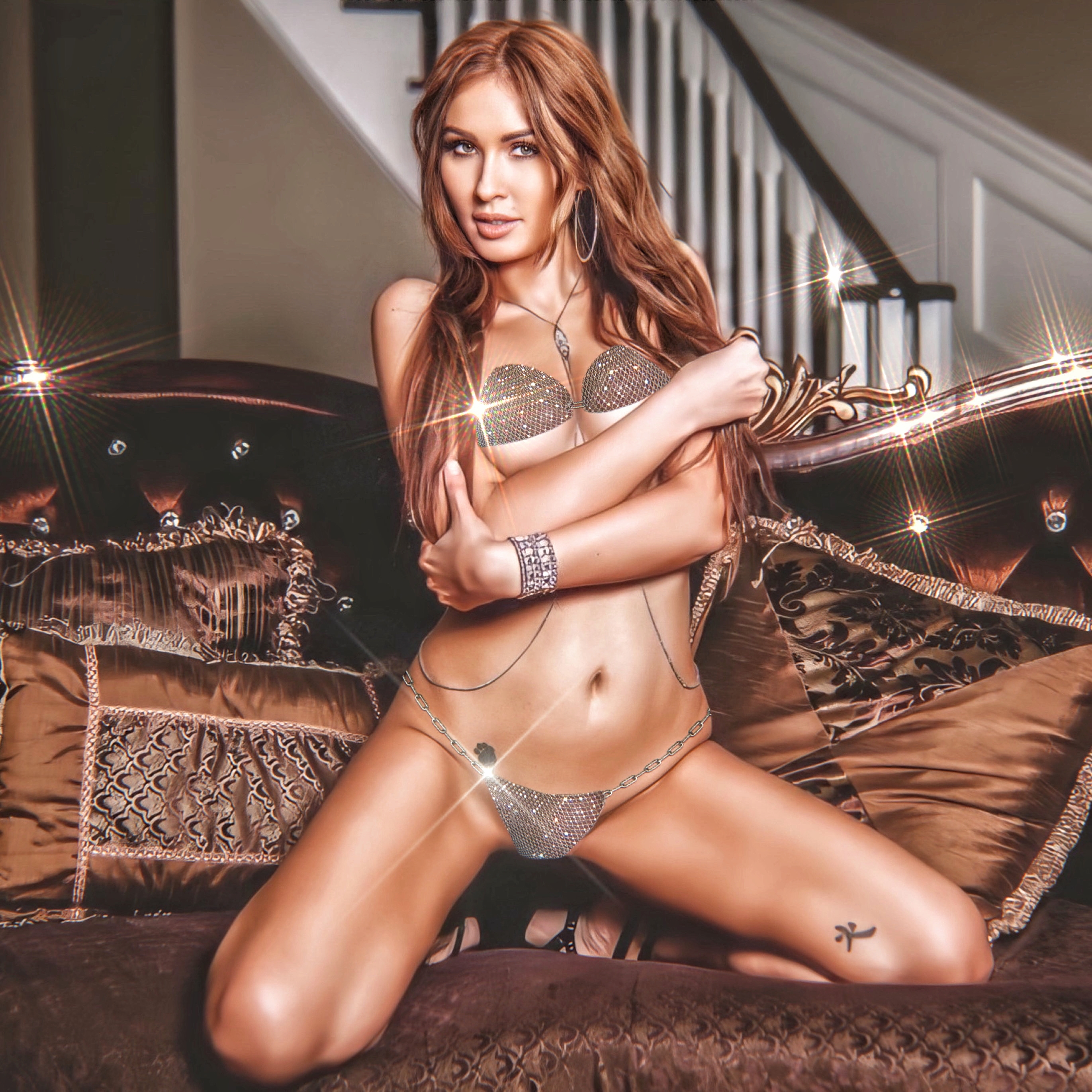 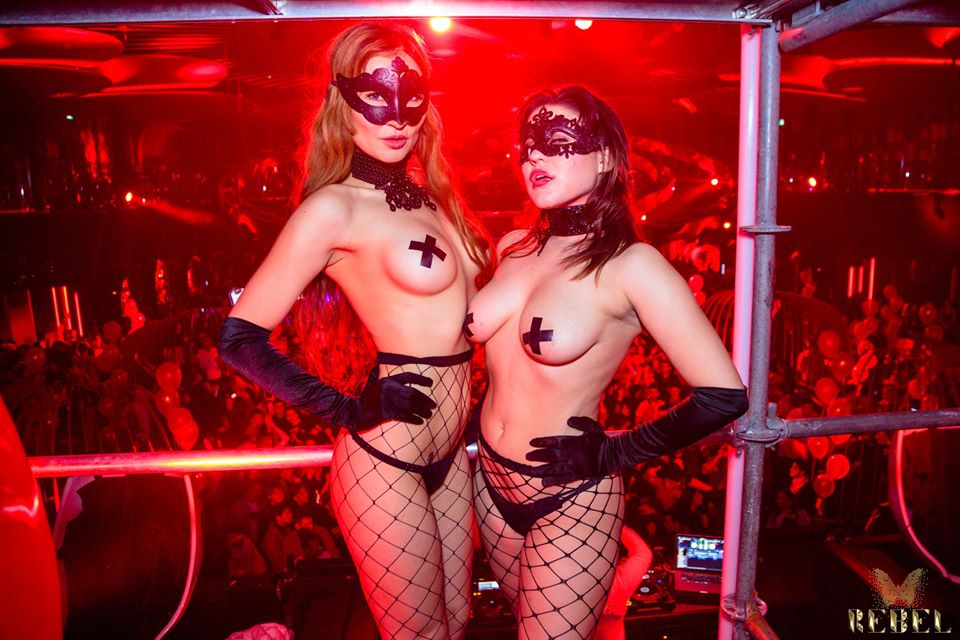 She said: "As a model I am given all sorts of outfits to wear for nightclubs, sporting events, trade shows, fashion shows and photoshoots.

"But there is one thing I have problems with. My boobs are too perky to fit in a lot of clothes!

"Some people can’t believe my boobs are that high up and think I must be wearing some sort of weird bra to make me look perkier.

"I’ve seen people get into arguments with each other in the comments of my social media over it. For sure, I could have worse problems. But it is kind of annoying.

"Demi cups are the worst – as they fall about two to three inches below where they need to be covering me." 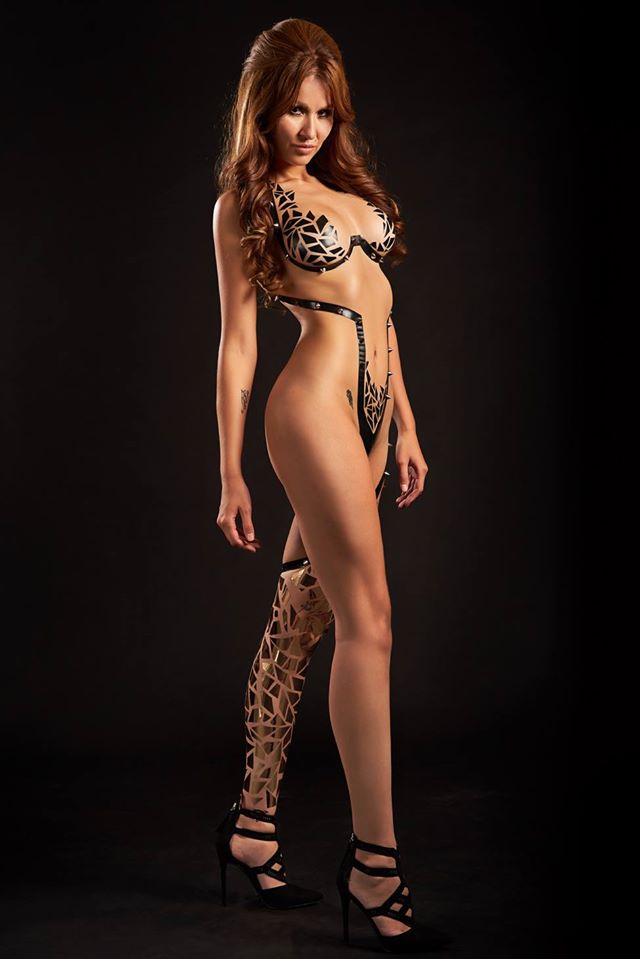 Vikki also believes fellow models have unconsciously given her jealous looks at runway shows when designers have selected her to wear the best outfits.

However, Vikki’s perky breasts have cost her a fortune over the years.

Shas had to spend a lot of money on her costumes – purchasing similar fabric and having it added it to the material of her clothes so that it covers her breasts.

Alterations became so expensive that the star decided to purchase a $2500 sewing machine and do the costume fixes herself.

She said: "A lot of people will joke that this is a great problem to have! One time someone in the industry said this is what keeps me competitive for jobs. 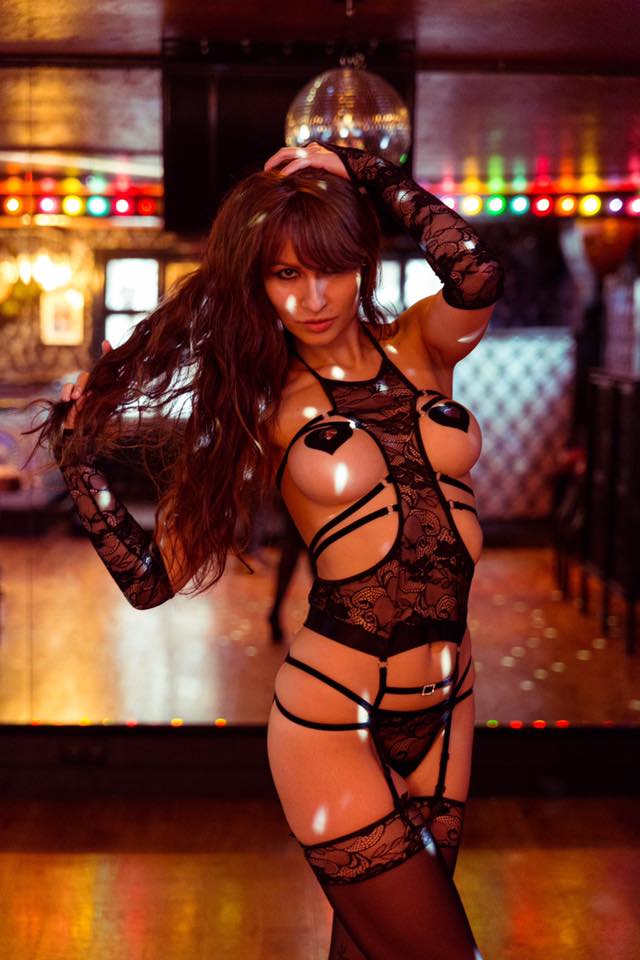 "I wore a white lace dress at that runway show and the lace appliques were formed in a way that would only cover unrealistically perky breasts, and I was the only one that fit it well!

"I also landed another competitive gig because of my perky boobs, where I got to travel the Caribbean to wear black tape designs on stage for shows at resorts."

Vikki, who says she has struggled to fit in "regular" clothes since she was a teenager, admitted that she has suffered from some embarrassing nip slip moments in the past. 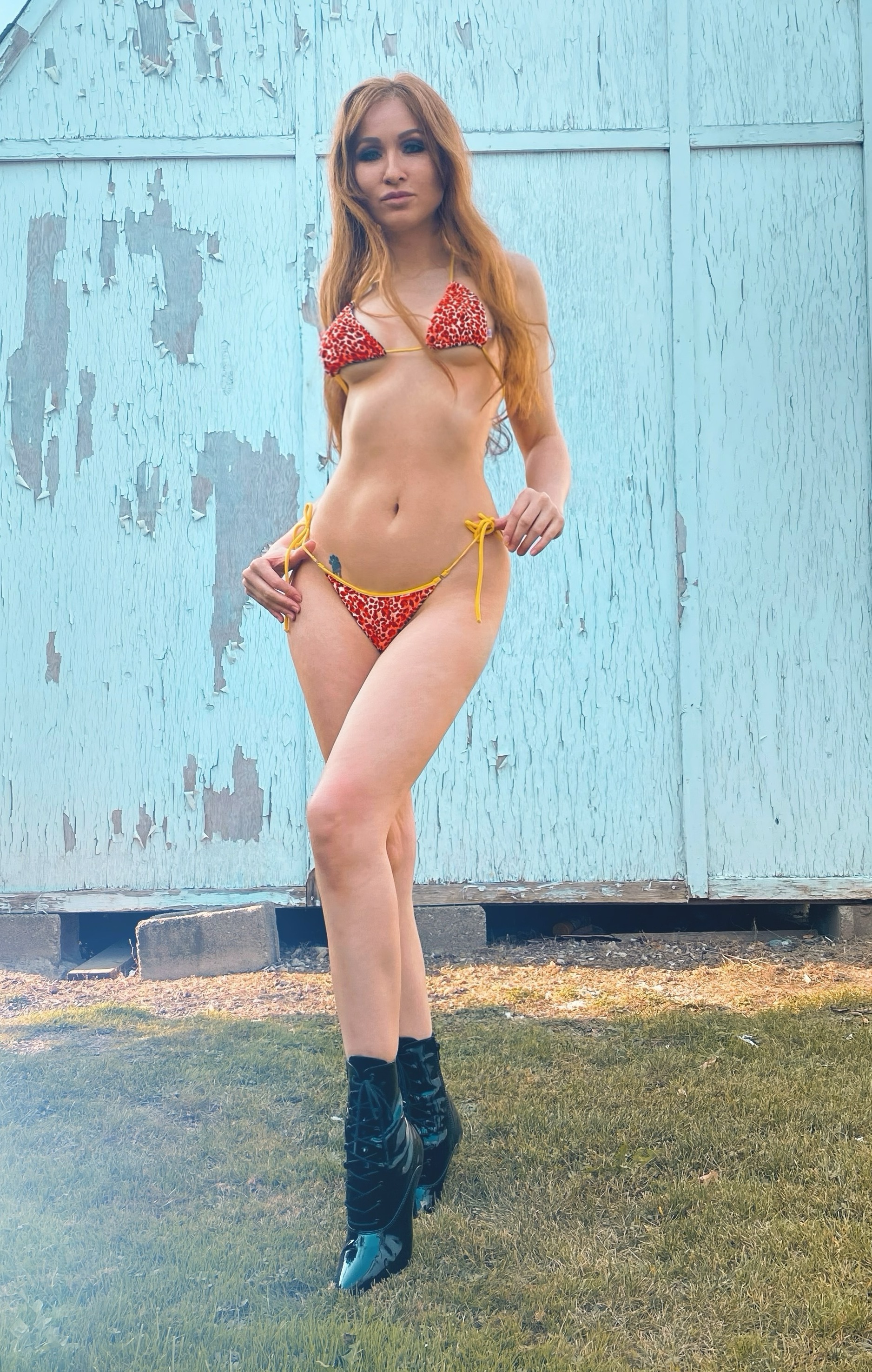 The 5’10 model, who specialises in runway fashion modelling as well as glamour and promo modelling, said luckily it’s not unusual to see nipples in runway shows or fashion photography.

She said while her 34C breasts aren’t "huge", they still accidentally manage to spill out of cups on runway shows.

She said: "I’ve definitely had some nip slips. A couple times on the runway! But one time for a gig where I was handing out trophies to professional race car drivers.

"I went to hug a guy while congratulating him but the dress was not designed to cover boobs like mine, and when I moved back my nipples popped out while I was on the stage. 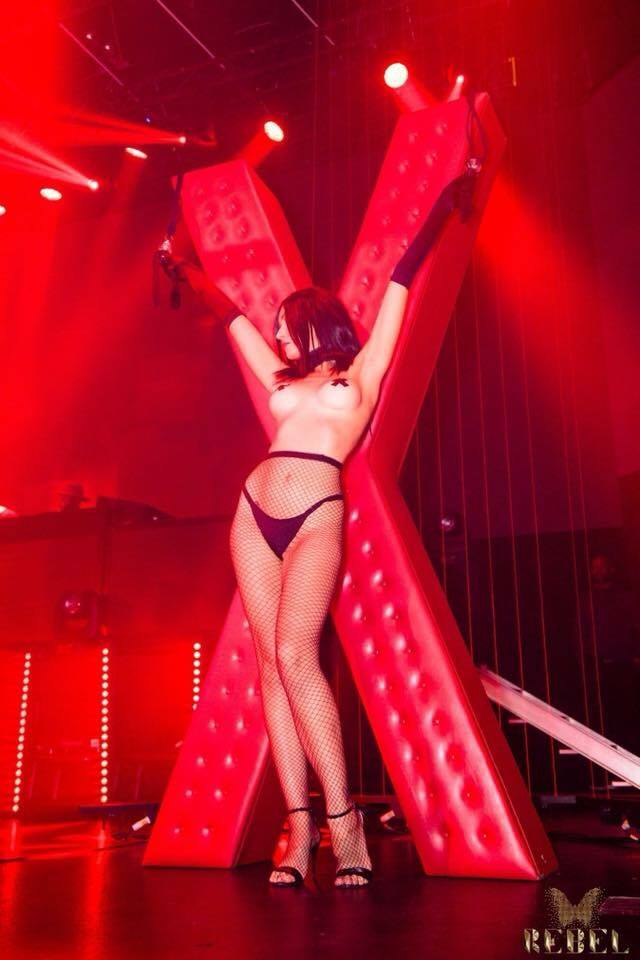 "The guy quickly stood in front of me to block me from the crowd as I readjusted and hiked up the dress as far as possible – which was still barely covering me."

A few years later, Vikki accidentally flashed her breasts to the same man at a beach club event – leaving her embarrassed.

Vikki is no stranger to wearing tiny items – including black electrical tape and even just heart stickers – but sometimes she is left with no choice but to embrace the "underboob".

She said a lot of brands send her bikinis and lingerie – but sometimes they do not fit.

She said: "Sometimes to save time, if a bikini brand sends me bikinis that don’t cover me on top, I will just hike it up to cover me, which ends up revealing underboob! 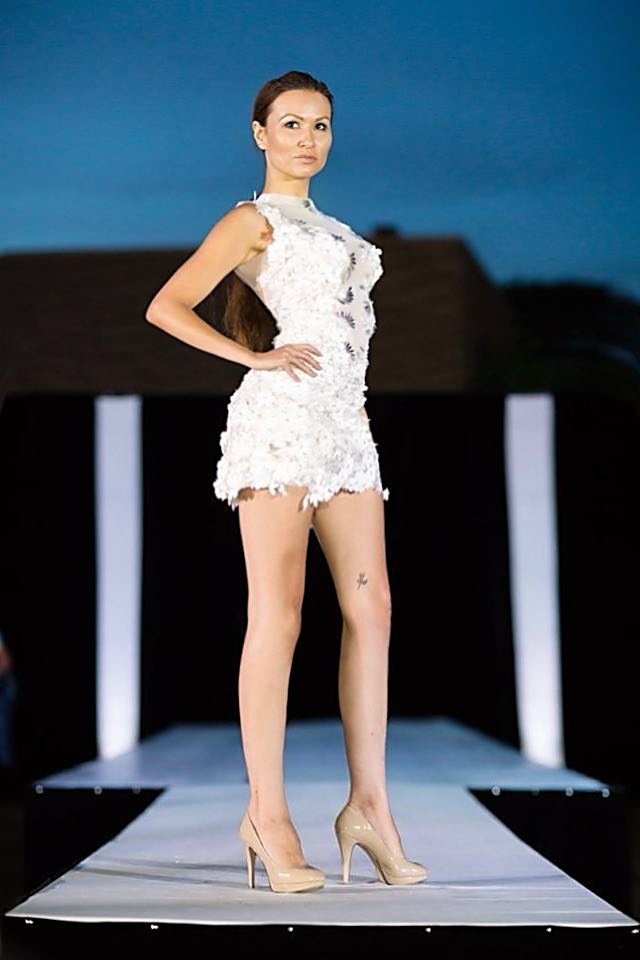 "I learned to sew myself and now have a really good sewing machine. I spent a lot of time practising and now have a cute $2500 refinished antique table.

"Sometimes it is quite time-consuming. Other times it can be a simple fix that makes all the difference!

"I still get comments like 'no such thing as too perky', 'so perfect', 'please let them perk and peek', 'those babies are amazing', and 'those are the most beautiful breasts'."

Before Vikki became a model, she had a successful bridal brand and made products by hand – assisting with alterations where she could – after learning from a European dressmaker.

She was taught how to do custom pattern drafting as well as how to sew properly. 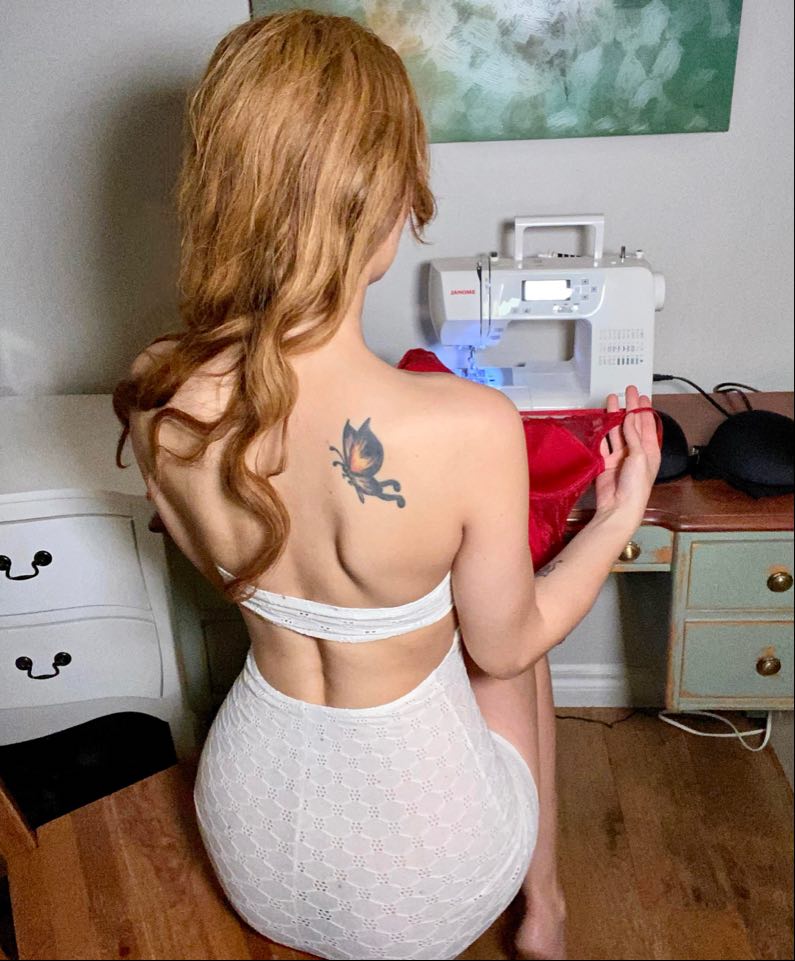 Vikki’s previous dressmaking job means she is able to create custom patterns for corsets and bras – but she would like to see more custom sizing options from brands.

The model now runs her own non-profit fashion show to help animals in Canada – with ethical fashion choices and sustainability.

She said: "I think sewing is a must for those wanting to be a real fashion designer, but it is also a very handy skill for anyone to have to make sure clothes fit you well and last long.

"And it can save you a lot of money and reduce waste! It would be nice to see more custom sizing options though from brands.

"I now run Vegan Fashion Canada – with all proceeds going towards helping animals in Canada. Being kind to animals is another responsibility we have in order to be ethical with our fashion choices, along with caring about sustainability, those who make our clothes, and inclusivity."

Meanwhile a woman has told how a dodgy doctor put BREAST implants in her bum during cut-price surgery, saying it was agony to sit down.

Plus a woman says that he boyfriend doesn’t mind that she's an escort and have sex with men for cash.

And a couple reveal how they make £150 having marathon 5 hour sex sessions on camera in front of strangers – and say it’s made their relationship stronger.

How 11 Golden Globes Outfits Looked Like on the Runway

Jeremih Out of Hospital After Receiving COVID-19 Treatment