Home » Fashion » My girl, five, was sent to hospital after a fish hook IMPALED her finger while playing in the sea – I want to warn mums

A DEVASTATED mum has warned other parents after a play in the ocean resulted in her five-year-old daughter being rushed to hospital.

Young Danielle let out a terrifying scream as she emerged from the sea with a fish hook pierced through her finger. 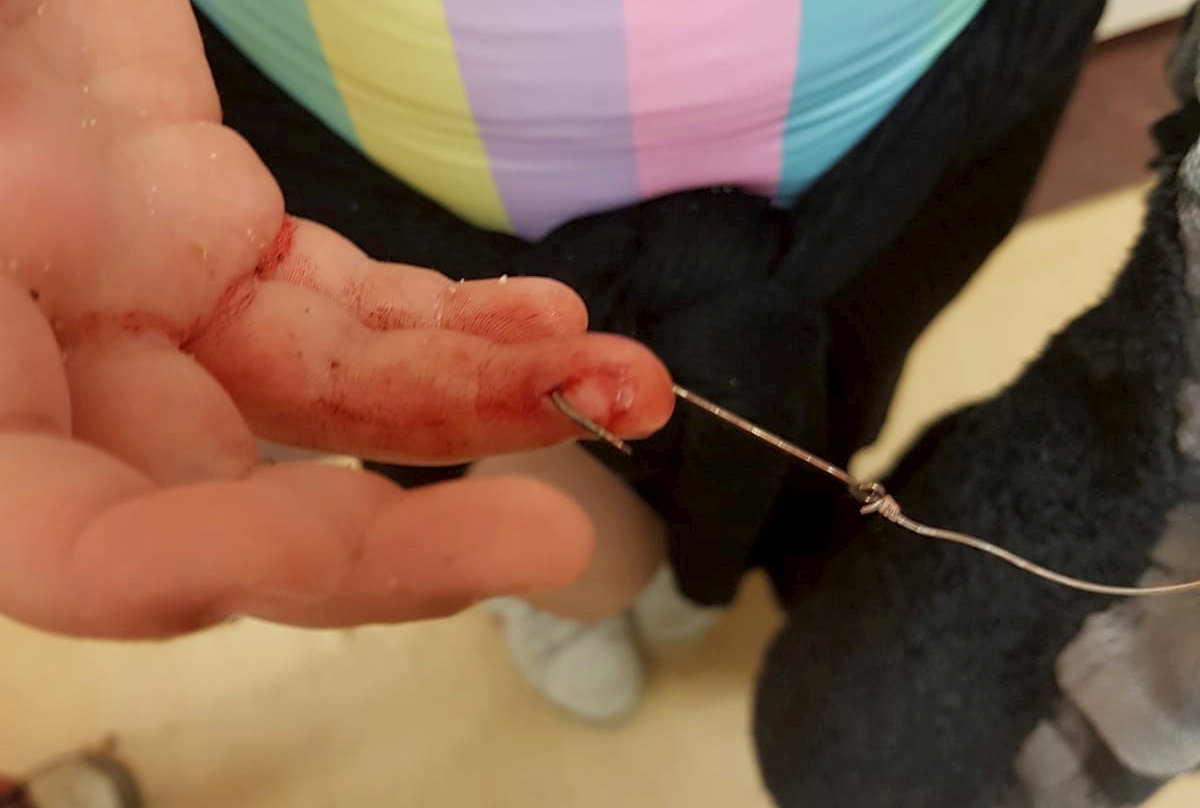 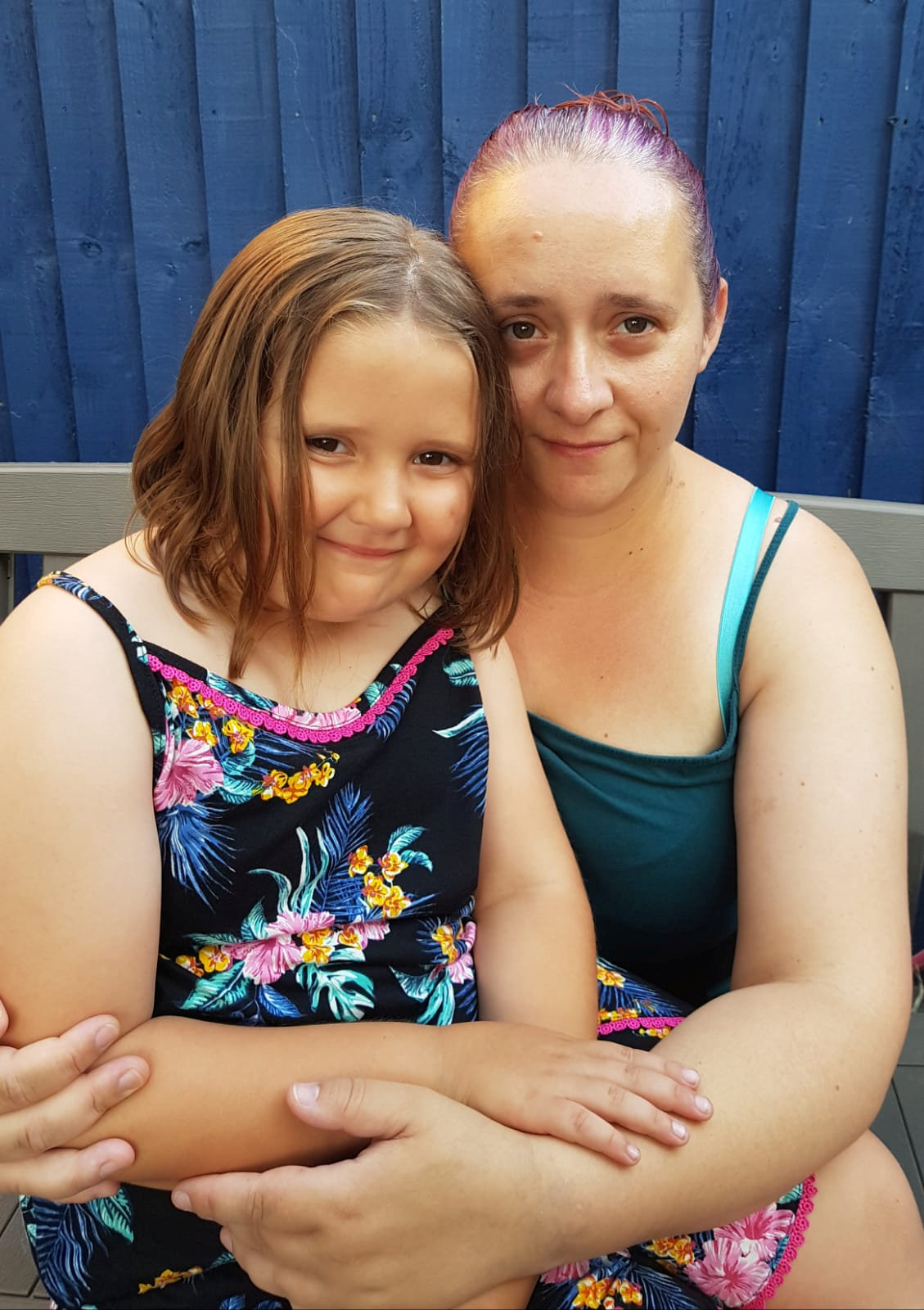 Joanne West, 37, was watching her two youngest daughters play on the shore at Southbourne Beach in Bournemouth, Dorset when she heard her daughter's cry for help.

Upon rushing to her daughter's aid, care team leader Joanne was shocked when she saw a fish hook stuck right through her daughter's index finger and exiting out of the nail.

It was attached to a long fishing line coming from way out at sea, and onlookers had to bite through the line to free her.

Poor Danielle sat crying in fear in A&E for five hours wearing just her soaking wet swimming costume and her mum's cardigan until the hook could be pulled out of her finger.

I ran over and there was blood everywhere! She had this fish hook going right through her finger and out the other side of her nail.

Mum-of-four Joanne, who lives with her kids and her partner Steve, said: "It was honestly the most hellish day. We were just on the coastline. It's ridiculous.

"It's not like she'd gone far into the sea – she was sat just where the water reaches the sand on the shore, playing with the sand and seaweed around her.

"She picked some seaweed up and then I heard this almighty scream. I thought she'd just splashed her face with water but then she was really screaming.

"I ran over and there was blood everywhere! She had this fish hook going right through her finger and out the other side of her nail.

"If I hadn't got to her as quickly as I did, I don't know what damage that could have done – it was already starting to rip her finger apart with the weight of her pulling on the line it was attached to.

"She's ok now. Her finger is still a bit sore, but yeah, it was just such a shock!"

After racing to her daughter's aidJoanne bundled her traumatised kids into the car, on July 11, and sped to A&E at Royal Bournemouth Hospital.

Joanne said: "We sat in the waiting area for just over five hours and Danielle was only having Calpol to help the pain.

If I hadn't got to her as quickly as I did, I don't know what damage that could have done – it was already starting to rip her finger apart with the weight of her pulling on the line it was attached to.

"Danielle already suffers with anxiety, particularly around hospitals, so she was shaking, crying, screaming and getting tummy pain from stress.

"She was fighting, hiding, telling the doctors to go away – that's how scared she was.

"She only had her swimsuit on so she was cold, stressed, full of anxiety and shivering from the trauma of it all. She was just so scared."

Joanne and Danielle were then sent to Poole Hospital where they would be able to sedate Danielle in order to get the fish hook out.

Two orthopaedics decided not to use sedation on Danielle as they expected it would upset her further and they finally removed the fish hook.

Joanne said: "Danielle was really anxious by this point and hid herself in the corner of the room where we had to coax her out from.

"I had to hold her down on my lap with my hand over her eyes, someone else held her arm and they slid this giant hook around her finger and back out the other side.

"You could see the hook moving underneath her skin, it was huge!"

Danielle then had to dip her finger into a bowl of saline solution to clean the wound.

She was sent home with antibiotics and is now terrified of the beach.

Joanne said: "It's a nightmare to get her to go anywhere.

I had to hold her down on my lap with my hand over her eyes, someone else held her arm and they slid this giant hook around her finger and back out the other side.

"She won't go to the beach at all. It was a place that she used to absolutely love going so it's really sad.

"Danielle has other health problems which means we go to Poole Hospital regularly, and we had to get her into play therapy to ease her anxiety about that in the first place.

"Since this has happened, any time we mention a hospital appointment, she just goes into an absolute panic. The whole experience has terrified her.

"She's struggled with high anxiety since the pandemic started and it has just steadily progressed and this certainly hasn't helped things."

Joanne decided to share her experience after reading about another incident where a child had a fish hook stuck in their skin, just one week after Danielle went through it.

The child was taken to Poole Hospital where Danielle was treated a week prior and doctors removed a three-pronged fishing hook from the child's face.

Joanne is warning other parents to be on the lookout.

She said: "Why was the hook there in the first place? Sure, maybe someone was deep sea fishing, but this was on the shore where loads of children were playing.

"If Danielle had got the hook through her face… oh my god, I can't even think about that. This has just been crazy.

"It's not something you think is going to happen to your child. Parents need to be made aware of the danger of hooks being left on the shore – I don't want anyone else going through this." 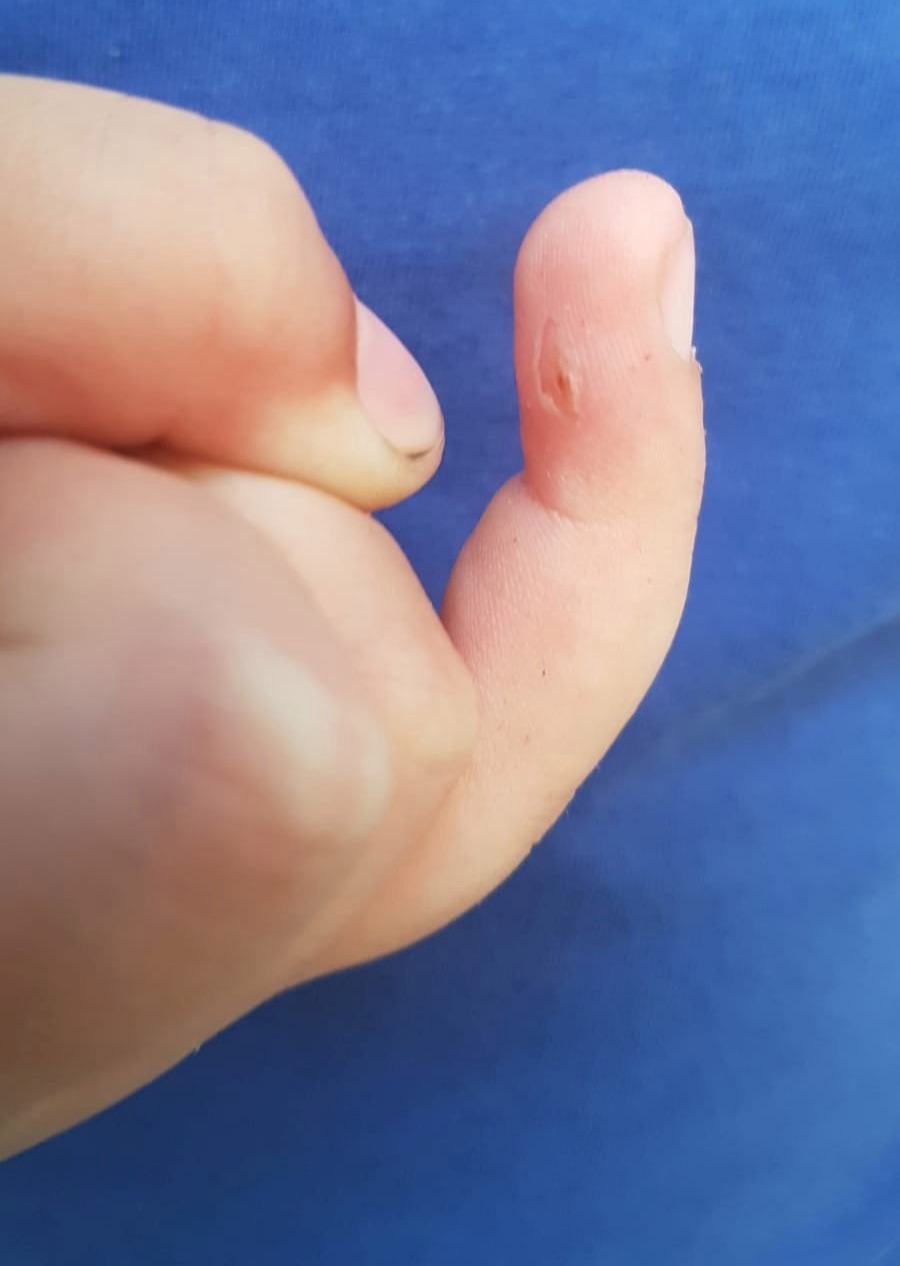 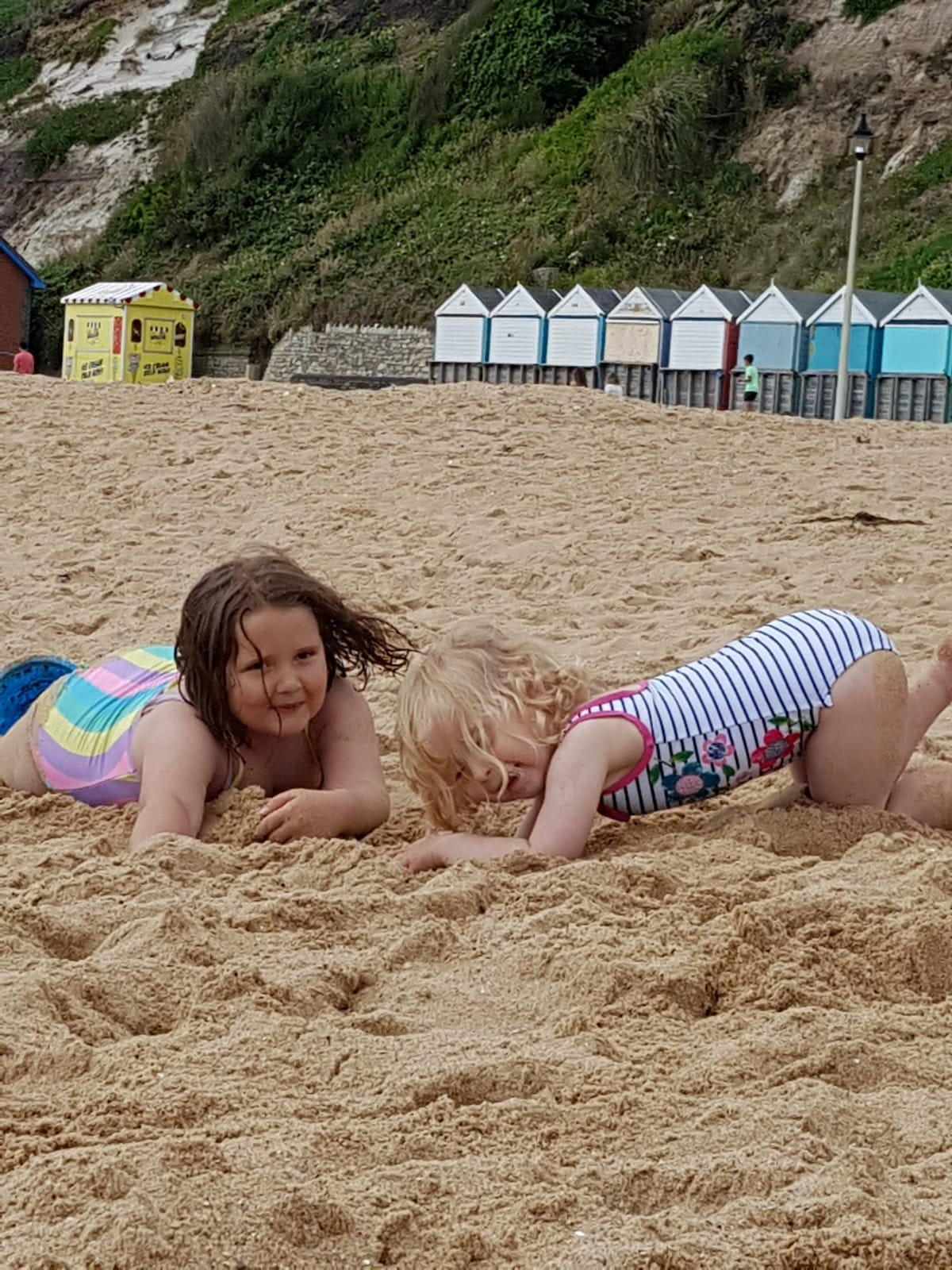 For more parenting stories, this mum issued a grim warning after discovering RAT were living under back car seat & almost chewed through kids’ seat belts.

And this mum shared a terrifying warning after her baby was left critically ill and ‘gasping for breath’ after swallowing Aldi trolley token.