CHEESE sandwiches, a packet of crisps and a bottle of drink are what can usually be found in a standard packed lunch.

But one woman has gone to extremes to ensure her husband is satisfied with his lunch – coming up with ever more elaborate dishes on a daily basis. 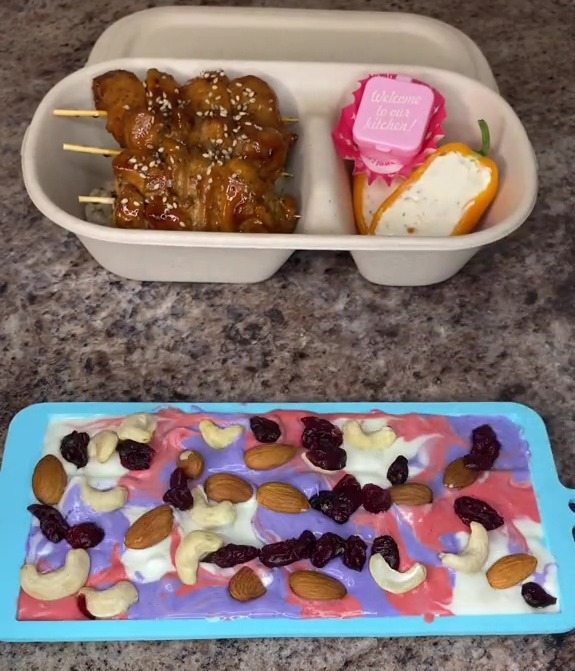 In fact, TikTok user Lizastian's creations for her other half are so incredible that even his colleagues have started asking her to make their lunch for them.

Liz took to TikTok to document one such lunch that she was preparing for a co-worker, consisting of seasoned rice balls, marinated chicken on skewers and cream cheese filled mini peppers.

But the lunch wasn't just one course, as Liz had also made a three-yoghurt bark topped with nuts and berries, which she froze and broke into pieces, for dessert.

Even her presentation is impeccable, with the main meal served alongside a little box of sauce which read "Welcome to our kitchen" on the front, and the bark in a separate cardboard box.

"Another lunch for my husband's co-worker," Liz captioned the video, which has now been viewed a staggering 30 million times.

"I work with your husband too, different department, different state as well, miles away… where's my lunch?" one person hilariously commented.

Another person suggested Liz should start charging for her services, writing: "MAKE THEM PAY! So embarrassing to ask someone else's wife to make them packed lunch."

"Is it just me that thinks that's so rude to ask someone else's wife to make lunch for them?" someone else concurred. 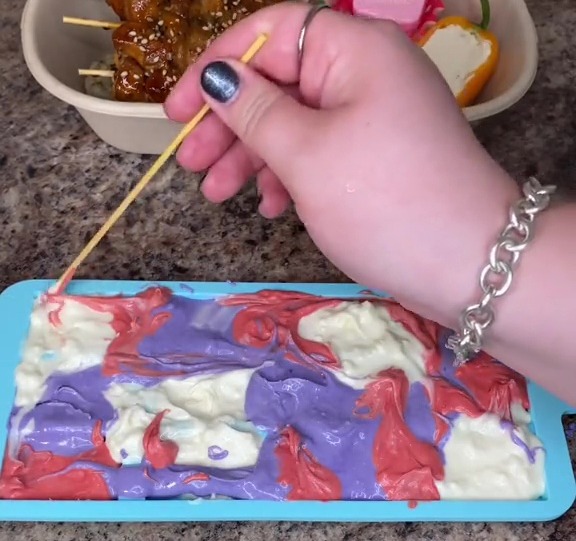 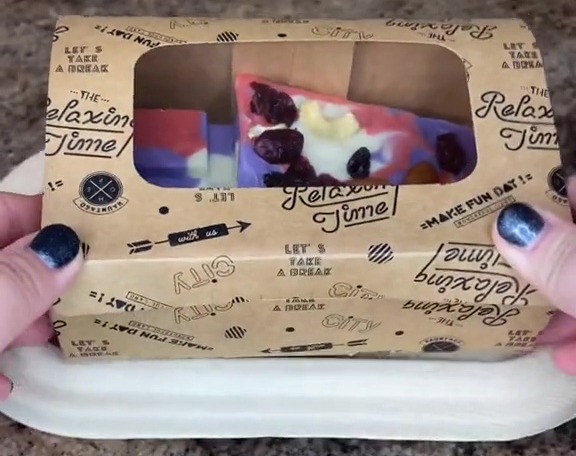 Liz, who lives in California, has an amazing six million followers on TikTok, and also shares recipes for some of her meals on her YouTube channel.

She tries to keep things interesting for her spouse by serving up a different theme for his daily lunch, with recent choices including Brazilian and Hawaiian meals.

"Adopt me, please!" one person commented on the Hawaiian lunch video.

You've been poaching your eggs wrong… try this method instead.

Struggle to melt chocolate properly? Give this quick, easy way a shot.

Budgeting tips from some of the world's savviest families.

You Can Now Track Your Amazon Packages In Real Time