Home » Fashion » My man’s spent £20k on Botox, fillers & having fake abs sculpted onto his body – now he’s too poor to take me for dinner

FURLOUGHED office assistant Kelly Meyers is never taken to dinner, given birthday gifts or splashed out on.

It’s because her long-term boyfriend Adam Baroni has spent ALL their cash on makeup and surgery – and even had fake abs sculpted on. 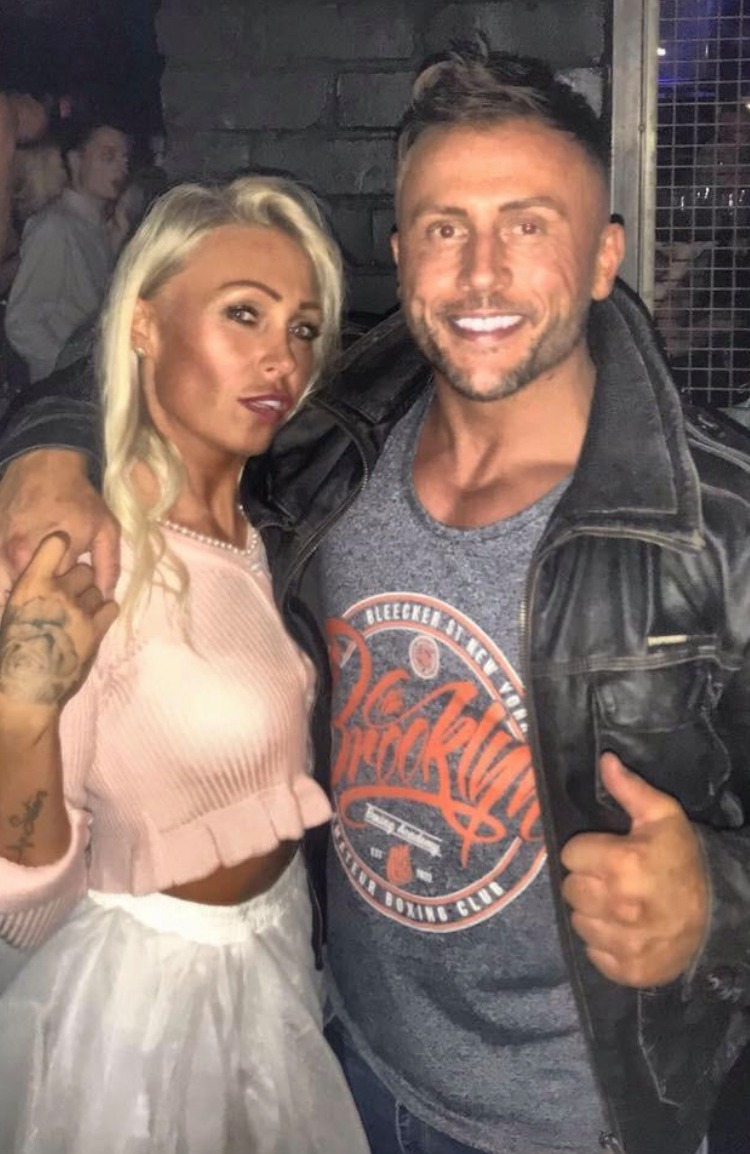 Security guard Adam, 41, is so scared of ageing, he’s splashed out on liposuction, Botox, ab sculpting and teeth veneers.

He used to go to the gym six days a week for two hours but has now slashed it to just two-and-a-half hours a week at his home gym – a result of his surgery.

Childfree Kelly also doesn’t get taken out for nice meals or have little treats bought for her – and she can’t remember the last time she got a birthday or Christmas present.

But she doesn’t care, happy that Adam is body confident. Now the 37-year-old from South Shields, Tyne and Wear, tells her shocking story to Fabulous: 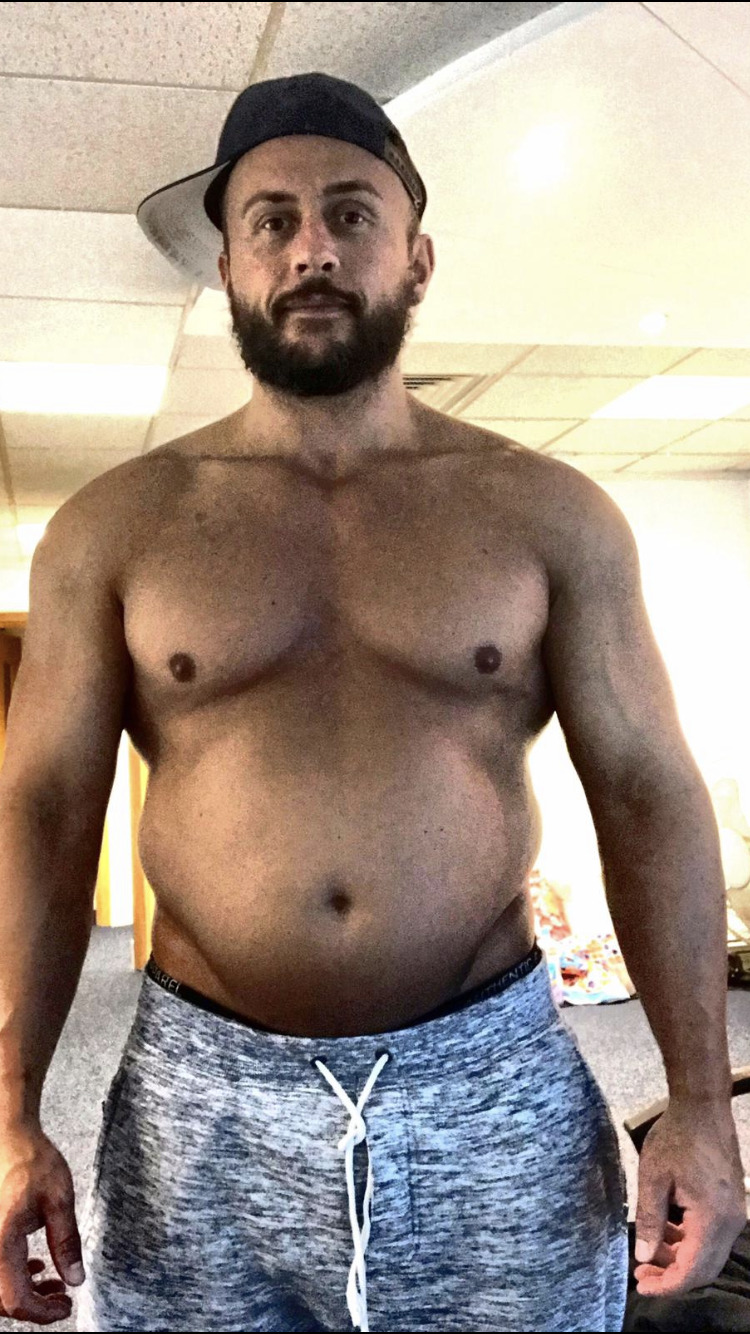 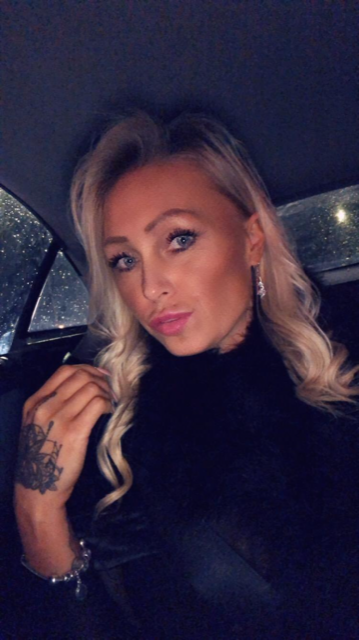 Walking into the bathroom in the morning I let out a groan of exasperation.

All my facial toners, expensive beauty creams, bronzers and fake tans were open and scattered over the counter.

Meanwhile the towels were in a heap.

I didn’t leave the house in a rush the night before and there hadn’t been a burglary overnight… it is the mess my man, Adam, makes getting ready in the morning.

He’s not going anywhere fancy – just to the shops or go out.

The Fabulous Beauty Survey said it takes women just 11 minutes to get ready. Well, they should have asked Adam.

Plus more surgery to come

It takes him ages to get ready.

He’s obsessed with making himself over and has spent almost £20k on his appearance.

He’s spent all of lockdown moaning because his latest plastic surgery procedure has had to be postponed.

It means I miss out on getting nice gifts and being taken out for expensive meals because Adam invests all his cash on himself.

Adam and I met at the gym in July 2017. We bonded over a love of working out and I asked him out.

When we met he confessed he was worried about his looks and turning 40.

Muscles and a makeover – it’s a super manly thing to do.

From June 2018 onwards Adam was working extra-long hours as a security guard.

The long shifts meant  he wasn’t properly or working out regularly.

As we headed into Christmas 2019 Adam, like most people gained weight.

He’s five foot 8 inches and despite working out most of his life he felt overweight.

He hated he didn’t have any proper definition in his body like his hero Arnold Schwarzenegger. 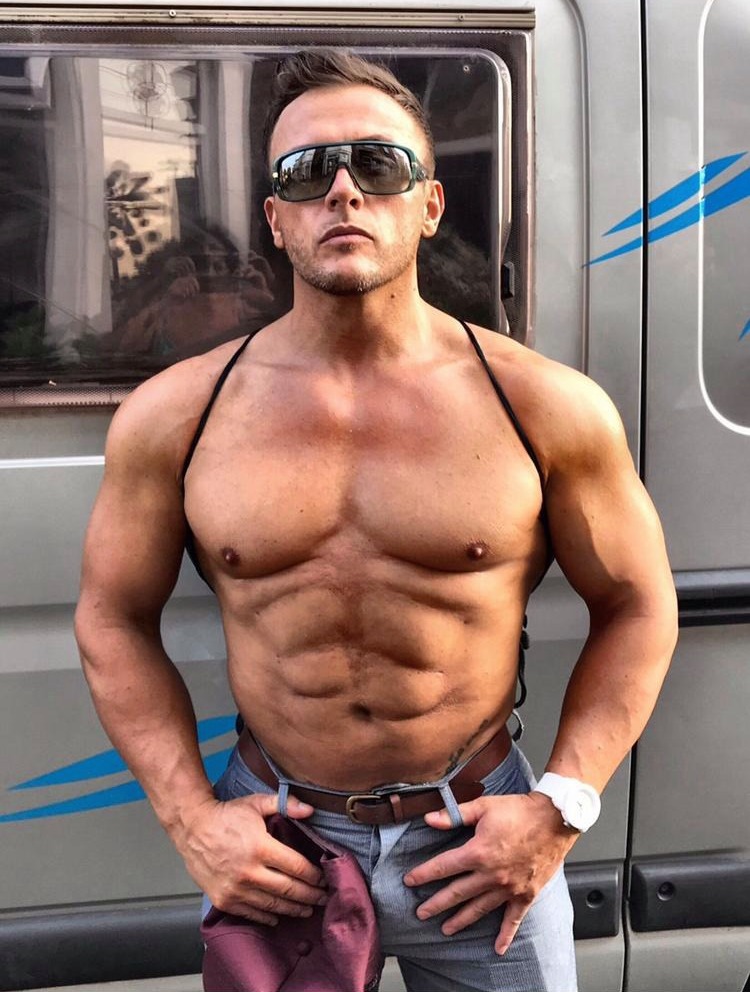 His 40th birthday was looming and Adam was determined to not get a ‘dad bod’ or a beer belly.

He’d already been spending £400 every four months to have botox on his forehead an dhas had fillers to help give him a stronger jawline since June 2017.

I’ve never had injections, but hoped Adam might fork out for me.

Then, in February 2019, he announced he was going to Turkey to have a ‘man makeover’. 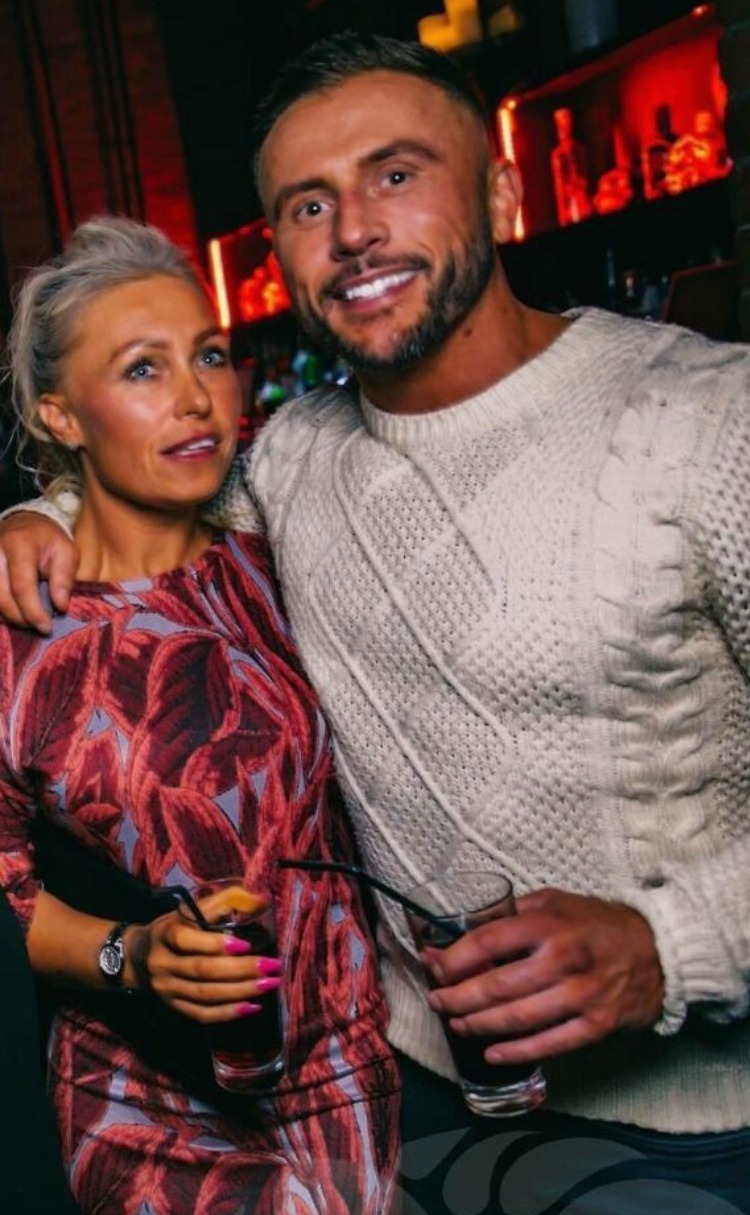 He revealed he’d been quietly researching procedures for men.

He knew most people thought cosmetic surgery was for women.

However, he’d discovered a surgeon who was helping men gain more body confidence.

‘I can walk in looking flabby and walk out with defined pecs and muscles,’ he told me excitedly.

I thought well if it means he has more time to take me out and has to spend less time in the gym I am all for it.

The thought of cosmetic procedure scares me I stayed home while Adam flew to Istanbul in July 2019. 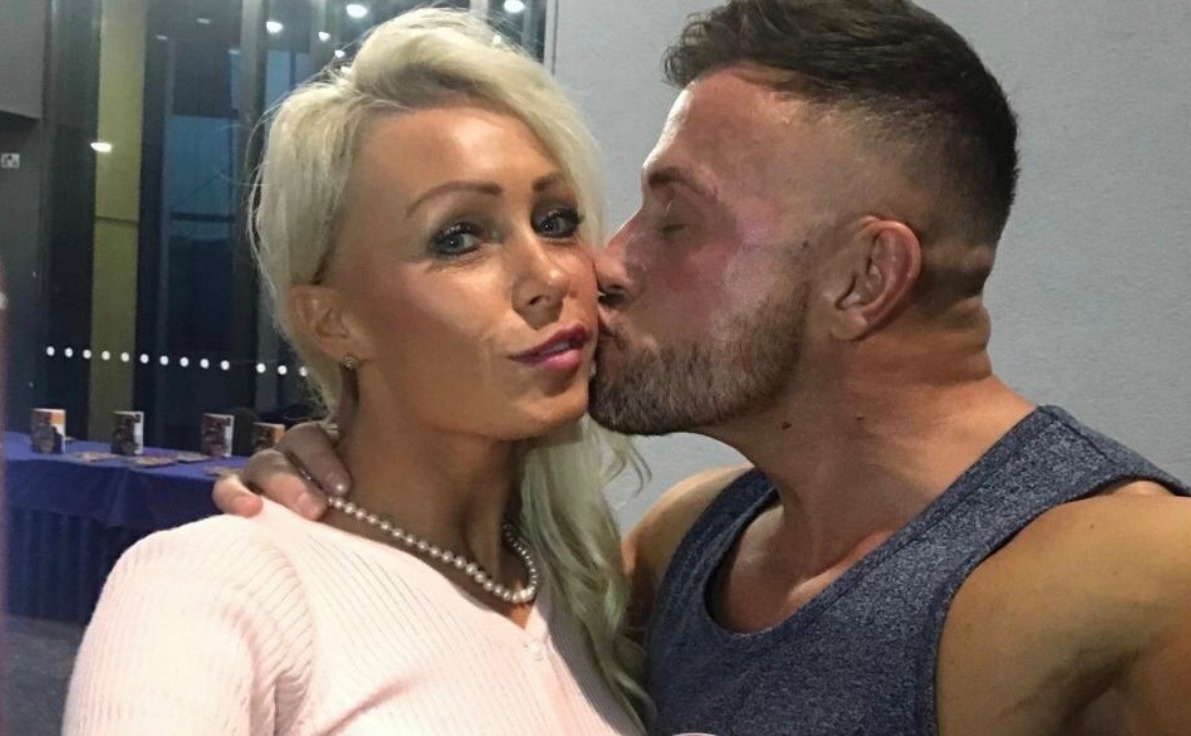 Adam wanted to have the muscled, gym body without the vast amount of hours in the gym.

Now he has had liposuction on his midsection, stomach, flanks and back area.

This saw all the unwanted fat sucked out.

The remaining fat on his chest and abdomen was carved to look like pecs and abs.

Then he had a ‘J-plasma’ procedure.

This means the loose skin is literally shrink wrapped around the remaining fat and muscle.

He is super muscled on top with a tiny waist so generic sizes don’t fit him. He’s had to have a new wardrobe specially built, costing £4k.

It also means the areas which have had fat removed remain fat free.

All up 80 percent of his body fat was removed from his back, chest and stomach area.

When he woke up  Adam looked like a mummy wrapped in bandages, wearing a male corset and with drains and blood-filled bags hanging off him. 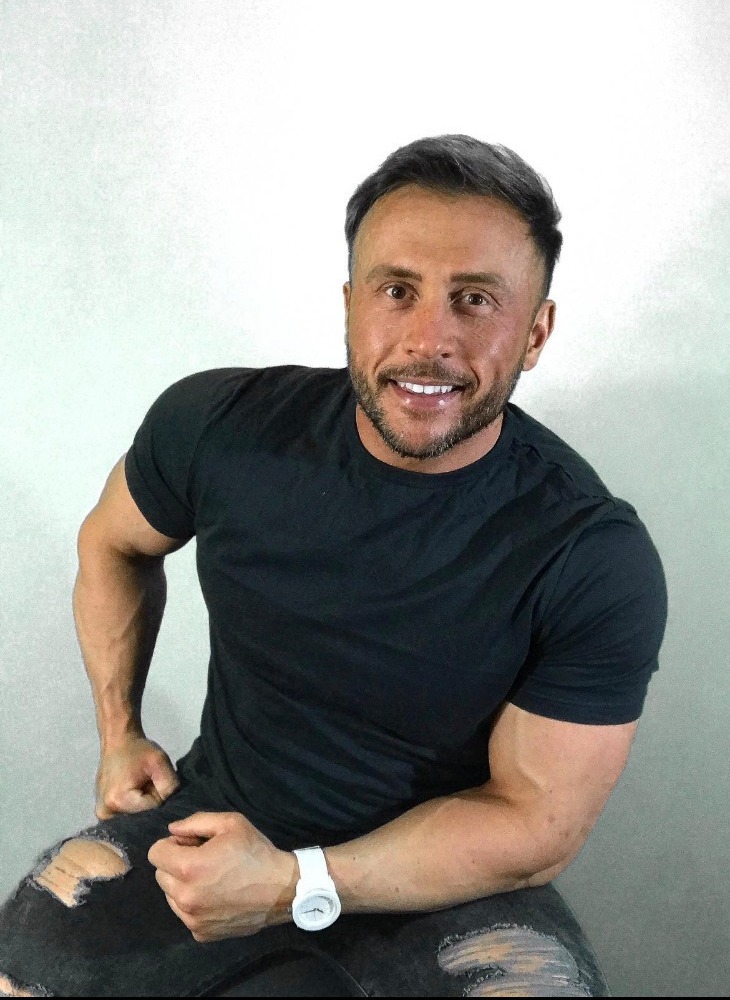 During his post-surgery recovery Adam was determined not to waste time sohad more Botox and filler in his face and chin.

When he got home, I had to change his bandages give him daily lymphatic drainage massages.

It stops the fluid building up on his chest and back and stops the swelling.

It’s painful but it meant a better result.

He was a bit of a baby at times. He complained his body ached and throbbed with pain while I massaged. He said his skin didn't feel like his anymore 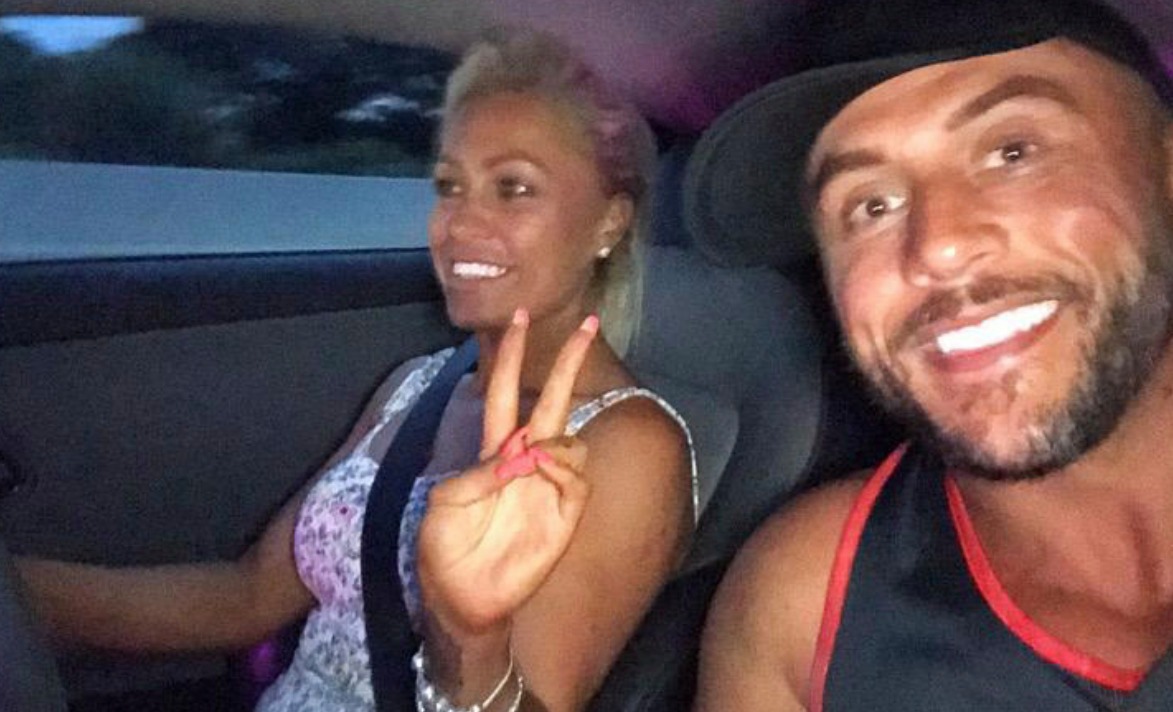 Adam had booked to have the same procedure in July this year to leave him with just four percent body fat.

But it was cancelled because of lockdown.

He has to have all his shirts, trousers and t-shirts tailored for him.

He is super muscled on top with a tiny waist so generic sizes don’t fit him. He’s had to have a new wardrobe specially built, costing £4k.

But it is finally my turn to shine. I’m getting a boob job.

Adam has told me my 32D breasts are beautiful but I want one.

His confidence has skyrocketed since all the surgery..

It’s made him so happy – I want that.

It  has meant I don’t get treated to expensive dinners, nice holidays and birthday girls.

Initially I was angry but now I am just happy he is happy.

My mates are fascinated by Adam's makeover Many want their blokes to do it They also say if I want surgery I should do it.

The more conservative of my mates tell me to invest in bricks in mortar not pecs and abs. I think they're jealous.

They said Adam is lucky to have me because they'd want treats.

Many however have already had surgery themselves and understand Adams obsession with it.

The more conservative of mates tell me to invest in bricks in mortar not pecs and abs. I think they're jealous. 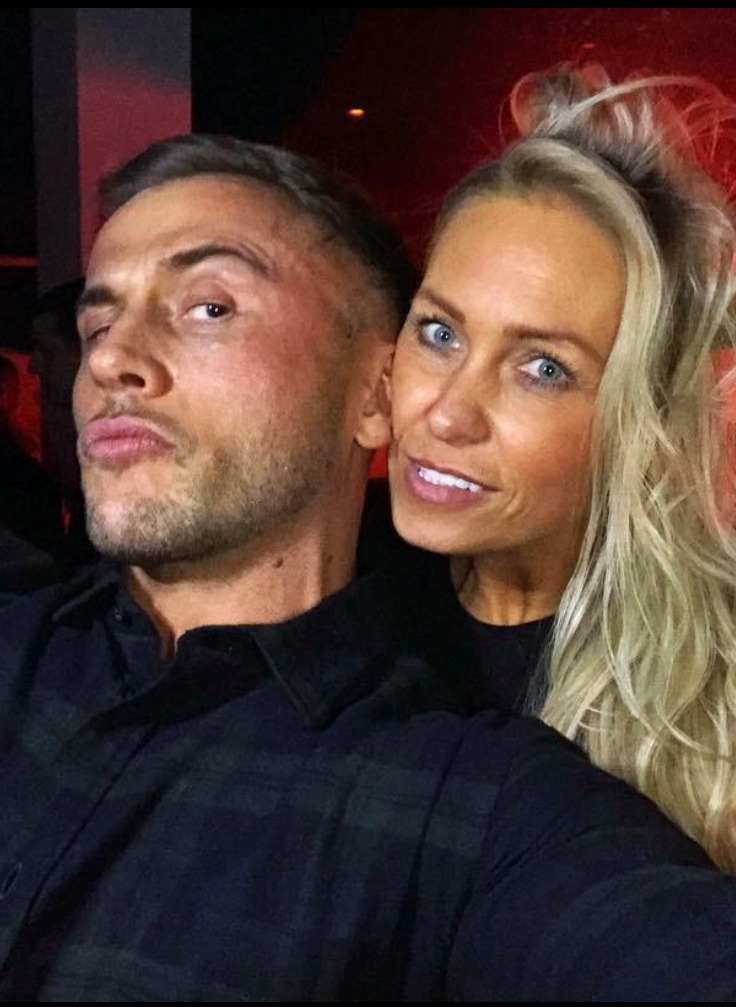 Instead we’re living in a two-bed and have no hope of buying.

But I don’t care… I’m just happy my man is happy.

Adam told Fabulous: “I wanted to feel more confident and to make sure I wasn’t flabby and fat at 40. All men worry about turning 40 and losing their body shape.

“I found a surefire way to prevent that.

“More blokes should try it.I want blokes to know its not girly and it works.

“Muscles and a makeover – it’s a super manly thing to do.”

Meanwhile, this woman has spent £11k on fillers, Botox, a boob job and Brazilian butt lift.

Plus these best mates who are desperate to look like twins dye their blonde hair black and get matching fillers.

While this mum who has spent £280k to look like a real-life Barbie is banned from having any more surgery.

Gurkhas will open their ranks to women for the first time

Quiz: How Well Do You Know Friday the 13th?