She had no idea it’d be the last she‘d see her children – or that the last words she’d say would be “I love you”. 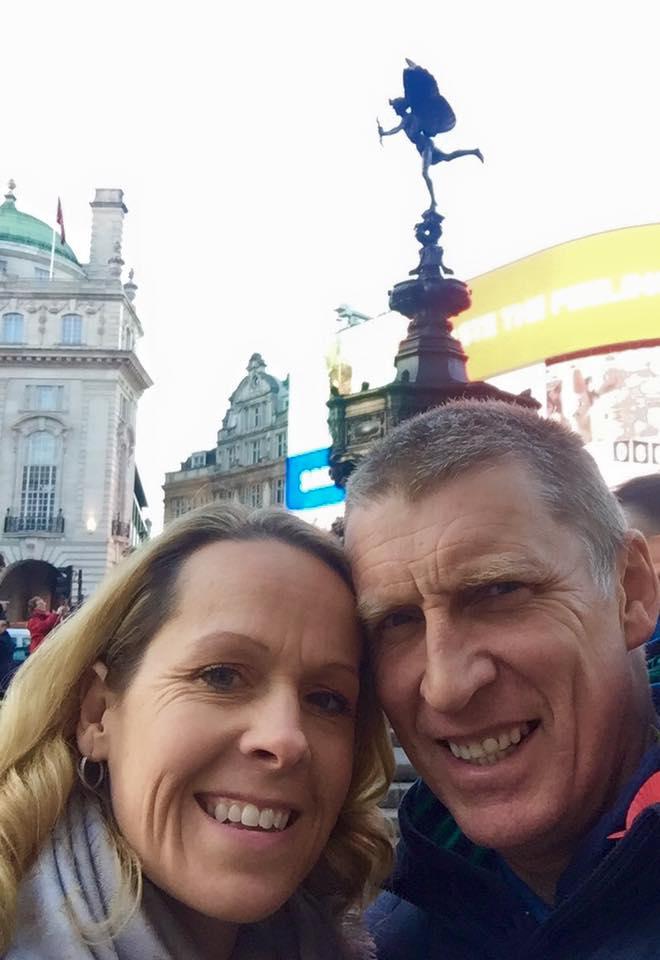 Hayley, from Derby, passed away after a seven-year battle with breast cancer which eventually spread to her brain.

A few days later her husband Andy, having posted the video to his Facebook page, was stunned to see ‘likes’ and ‘shares’ flood in.

Within hours the video had gone viral.

Now, for the first time, Sheffield Wednesday fitness coach Andy speaks out about staying strong for the sake of their four children – and what it’s like to be Mummy and Daddy… 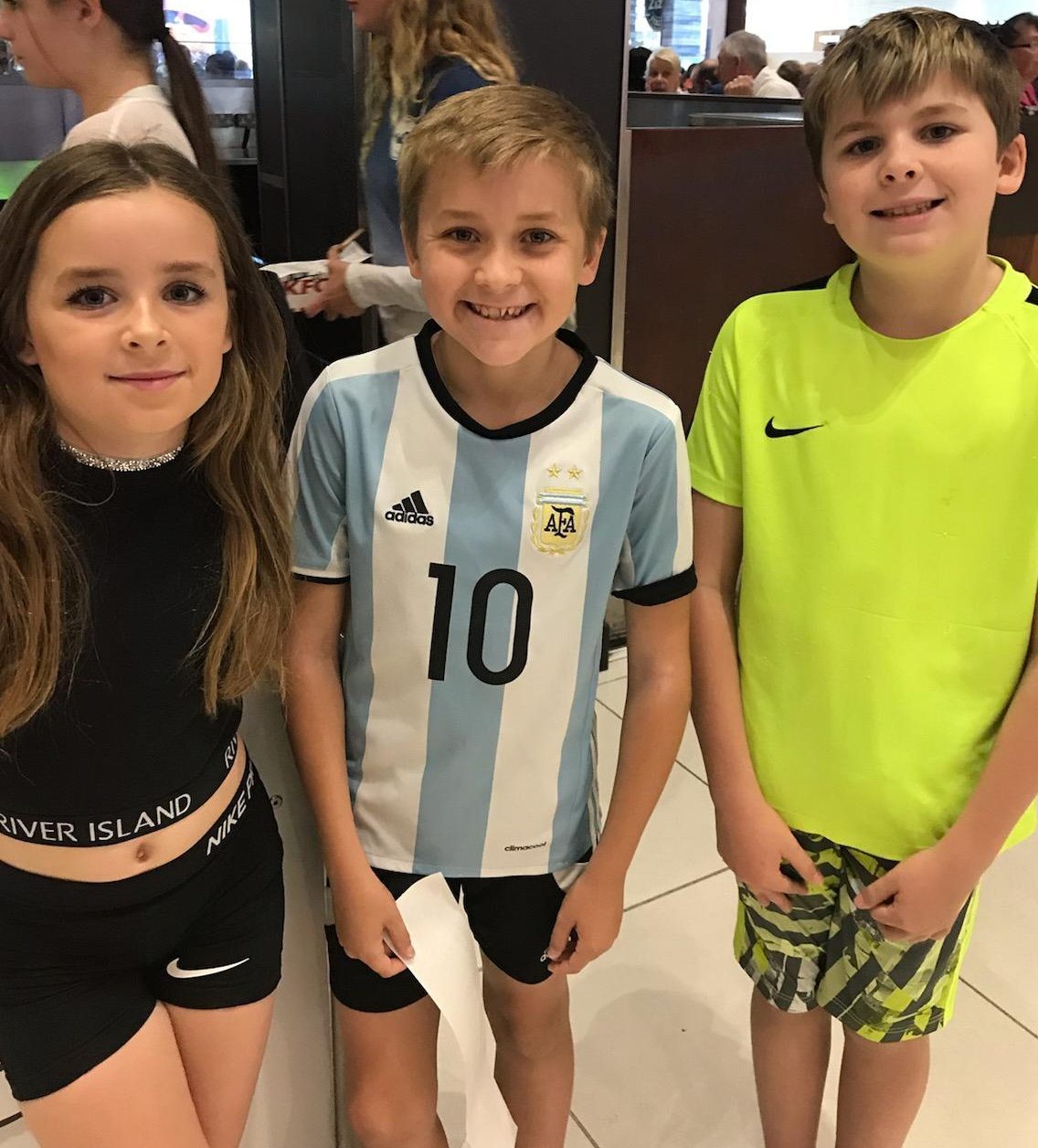 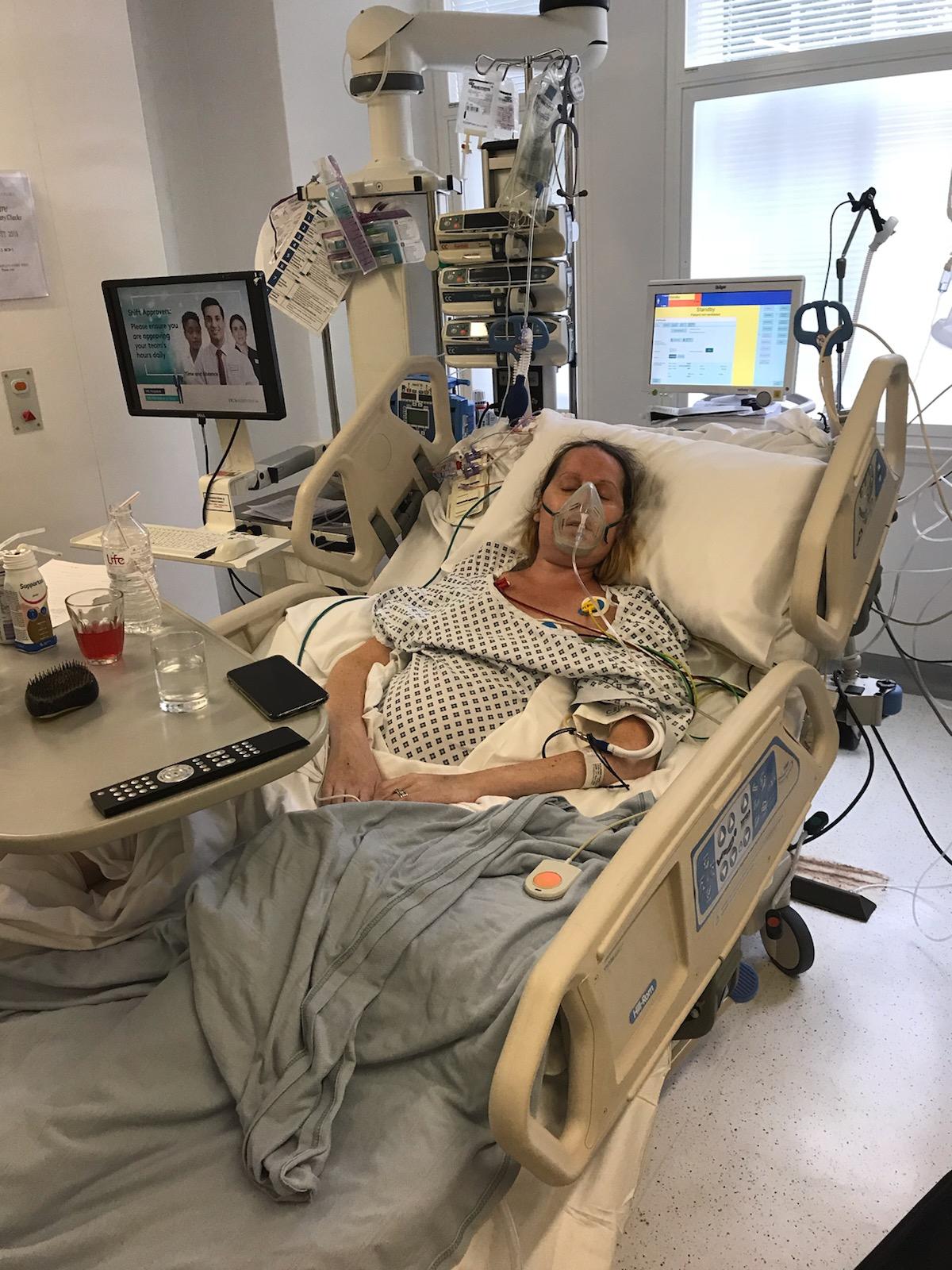 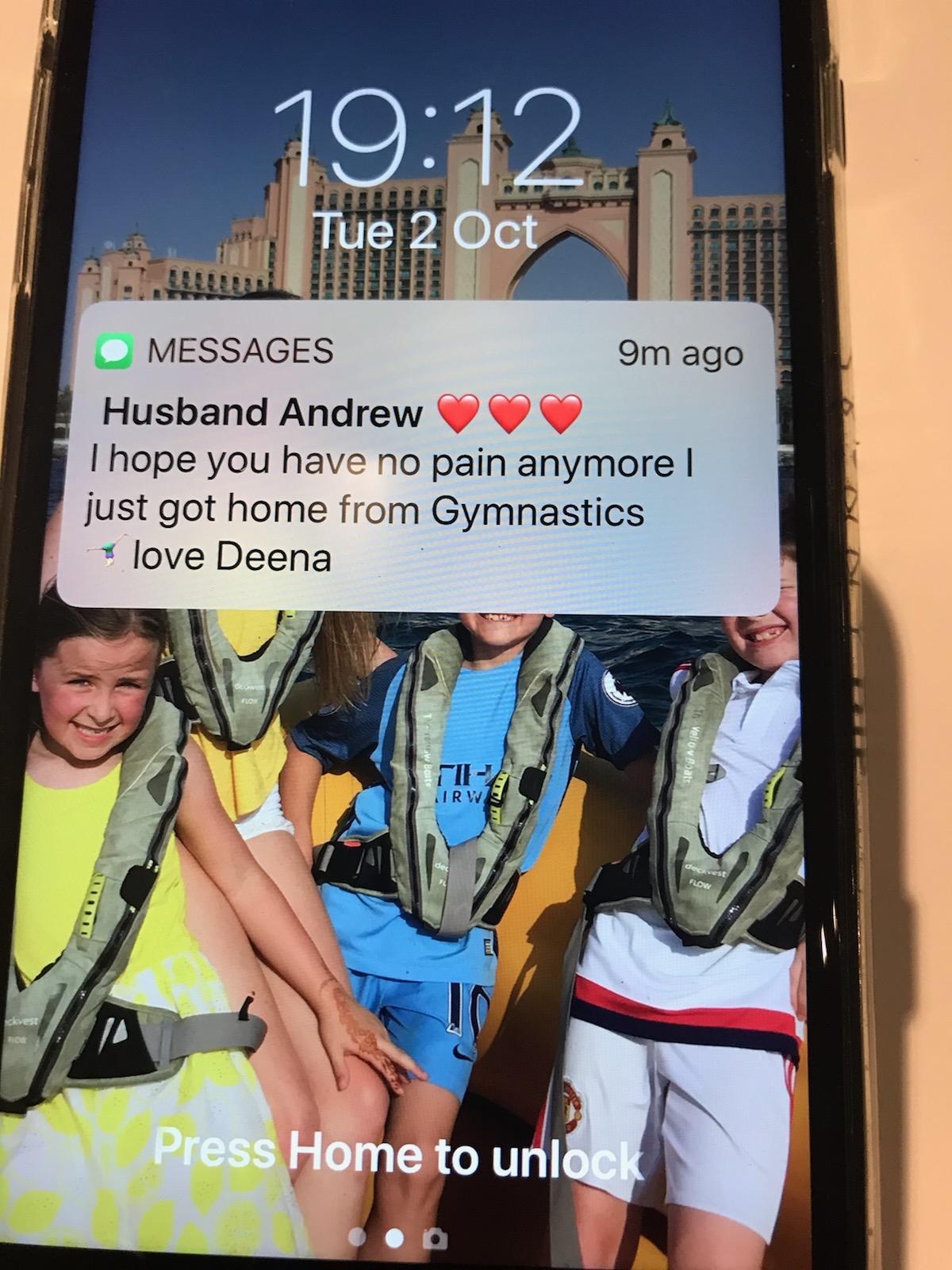 MY beautiful wife Hayley was diagnosed with breast cancer when she was just 30 years old.

Our youngest, Deena-Marie, now seven, was too young to understand but Holly, 17, Taylor, 12 and Hayden, 10, lived with their mum’s cancer for seven years.

But as Hayley’s health deteriorated and she became bedbound, she didn’t want the kids to see her poorly.

So each morning, I’d drop them at school, drive 120 miles from Derby to London, stay with her all day, and then drive back. There was a little church next to the hospital where I went to pray. I wasn’t religious…I just wanted a miracle.

When Hayley hadn’t seen the kids for three weeks, I decided to put a sweet video together.

Taking turns to play the piano, they said: "Hi Mum, we're all fine here. We love you. Keep battling on.” 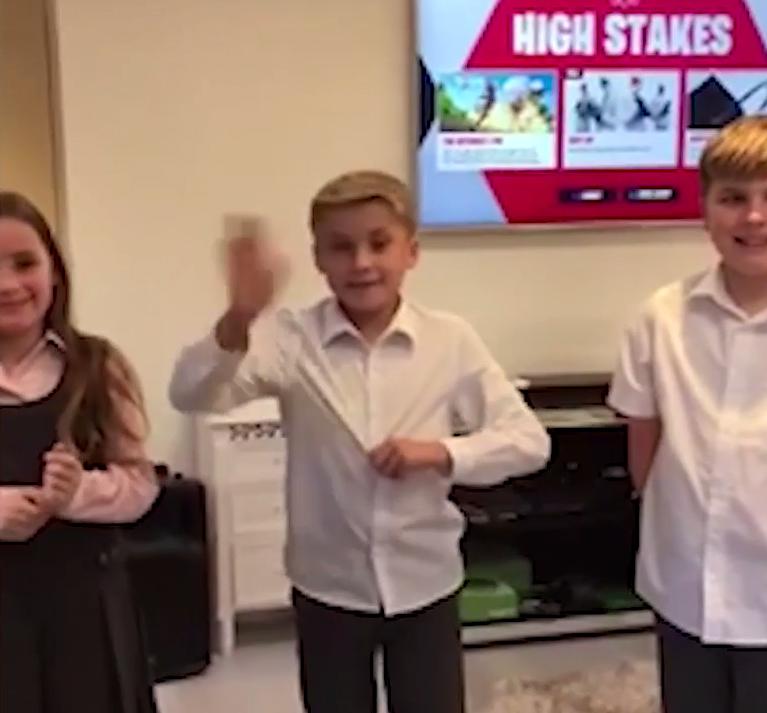 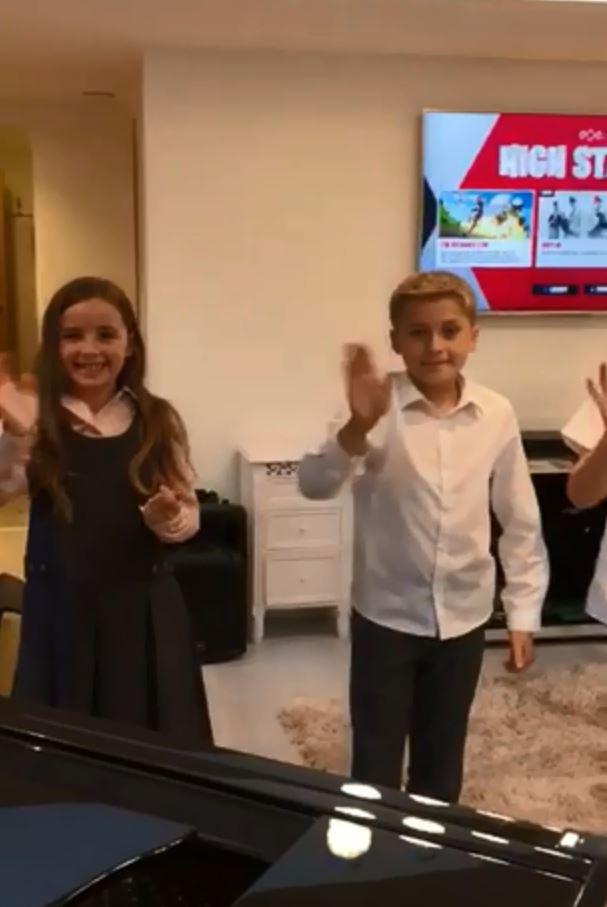 She smiled, I knew she was contented. Then she whispered ‘”I love you” and slipped away the following day.

I think she knew it was her final few hours.

At the hospital, I just got given an envelope with Hayley’s engagement and wedding ring in. All I wanted was my wife. It was devastating. Putting it in my pocket, I rushed home to see the kids. They were my priority now.

Sitting them down in the living room, I had the unimaginable task of delivering the heart-breaking news.

I told them gently: “Your mum has been very poorly – and she’s not coming back.”

I knew I was causing them pain. It was the hardest thing I’ve ever have to do. They burst into tears.

I gave them a cuddle, followed by milk and cake – and then we just carried on as best we could. It was our only option. 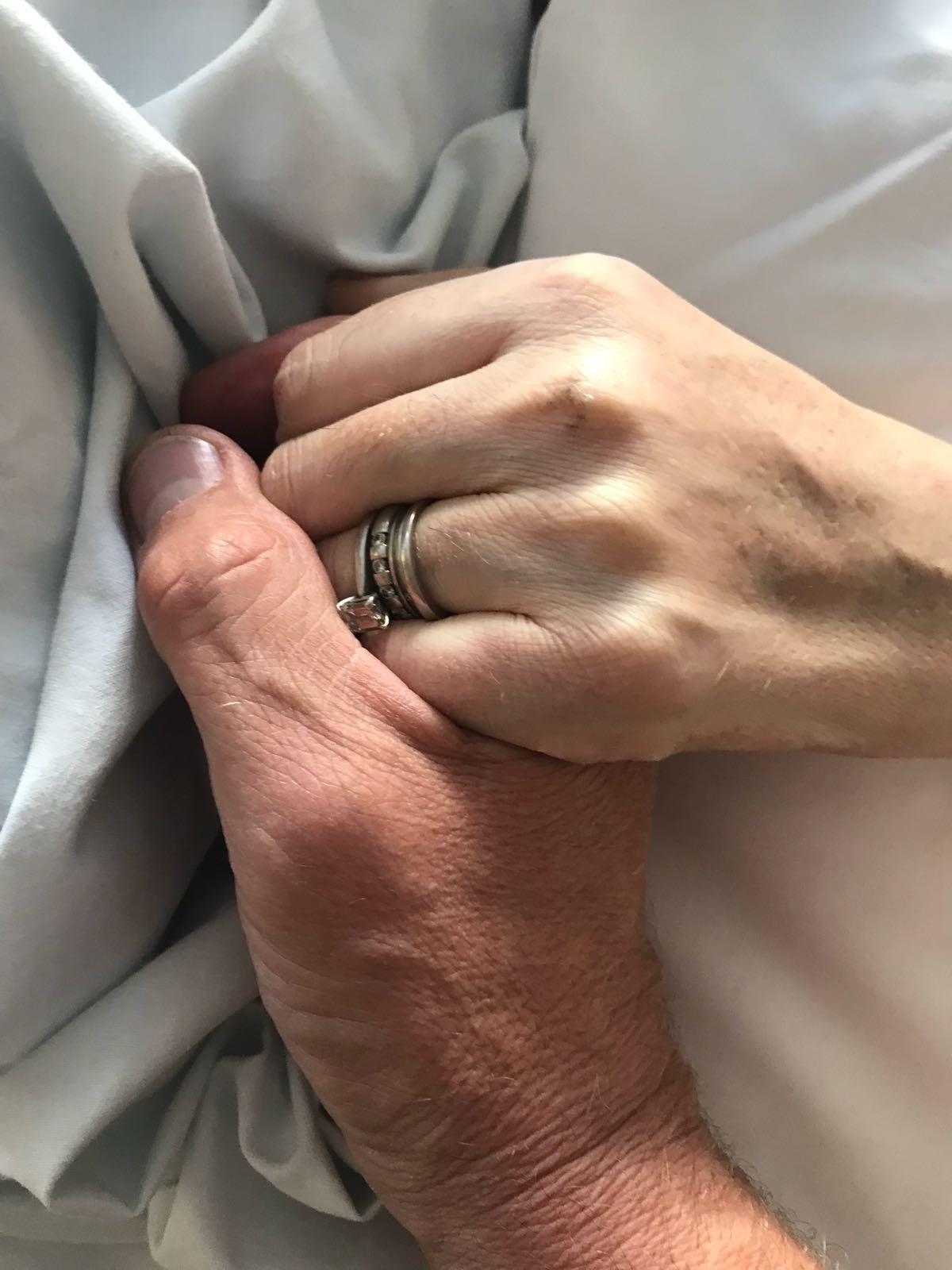 The kids went back to school the next day and carried on with their after-school activities, including gymnastics, judo and football.

Hayley and I had agreed it was important for them to have that stability, and to be surrounded by friends.

But being so different, the kids are all coping in different ways. It was heart-breaking when Deena-Marie asked: “How do you get a new mummy?”

I explained it’s not as easy as that. You can’t just adopt a new one.

Just the other day she took a photo of a beautiful sunset. “Look, that’s Mummy sending you a signal,” I told her.

So she sent her a text from my phone. It read: “I hope you have no pain anymore. I just got home from gymnastics. Love Deena.” 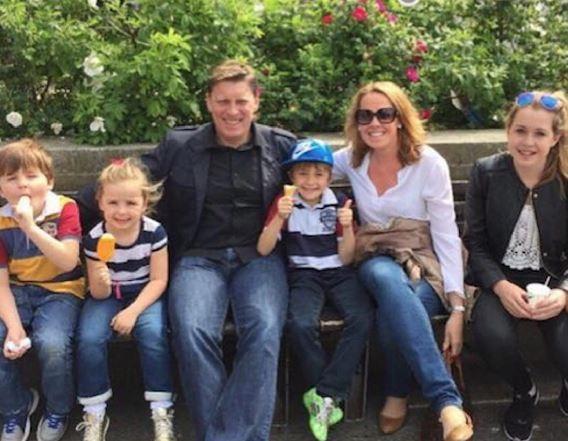 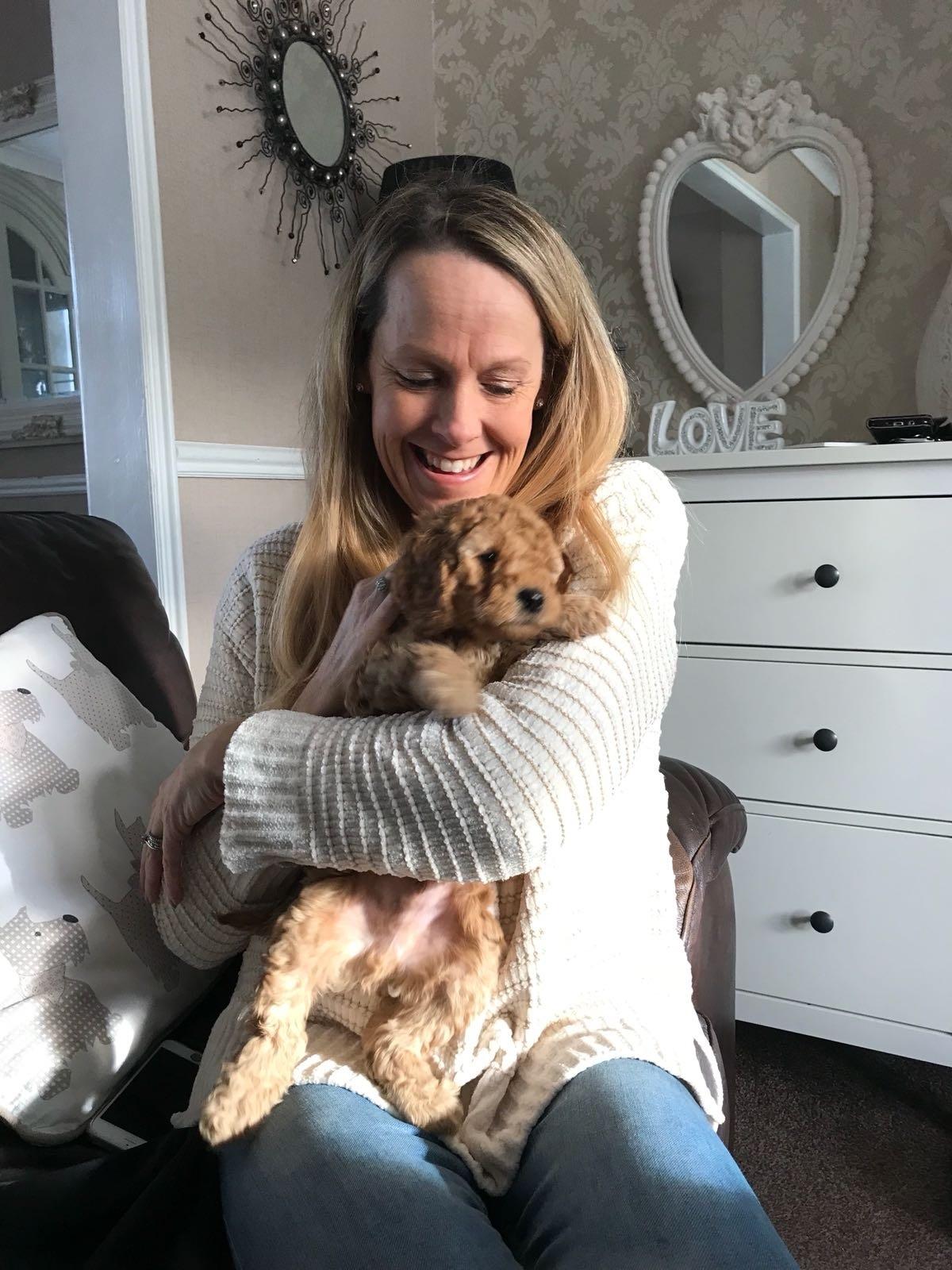 The boys still laugh and joke as they play Fortnite on the PlayStation, but they miss having their Mum. Holly’s taken on a more motherly role.

She’s recently passed her driving test, so runs her siblings around to their after-school clubs. Our bond has grown stronger.

In the year leading up to Hayley’s death, I took time off work and she taught me the little things – like how to use the washing machine and tumble dryer.

But it’s not easy being Mum and Dad. I take my hat off to all single parents out there.

There’s not a book you can read which says, 'This is how you should bring up your children.' I’ve got to be strong and keep on going. I’m just trying my best.

I’ve got the kids running me ragged.

If they don’t like what they’re eating, I’ve got to make a second dinner, or if they can’t agree on a film to watch, I have to risk upsetting one of them.

There’s not a book you can read which says: “This is how you should bring up your children.”

I’ve got to be strong and keep on going. I’m just trying my best.

In her final weeks, Hayley said to me: “I don’t want to be forgotten.”

So I’m planning to open a charity which will help people get second opinions. I’ll keep Hayley’s name going. 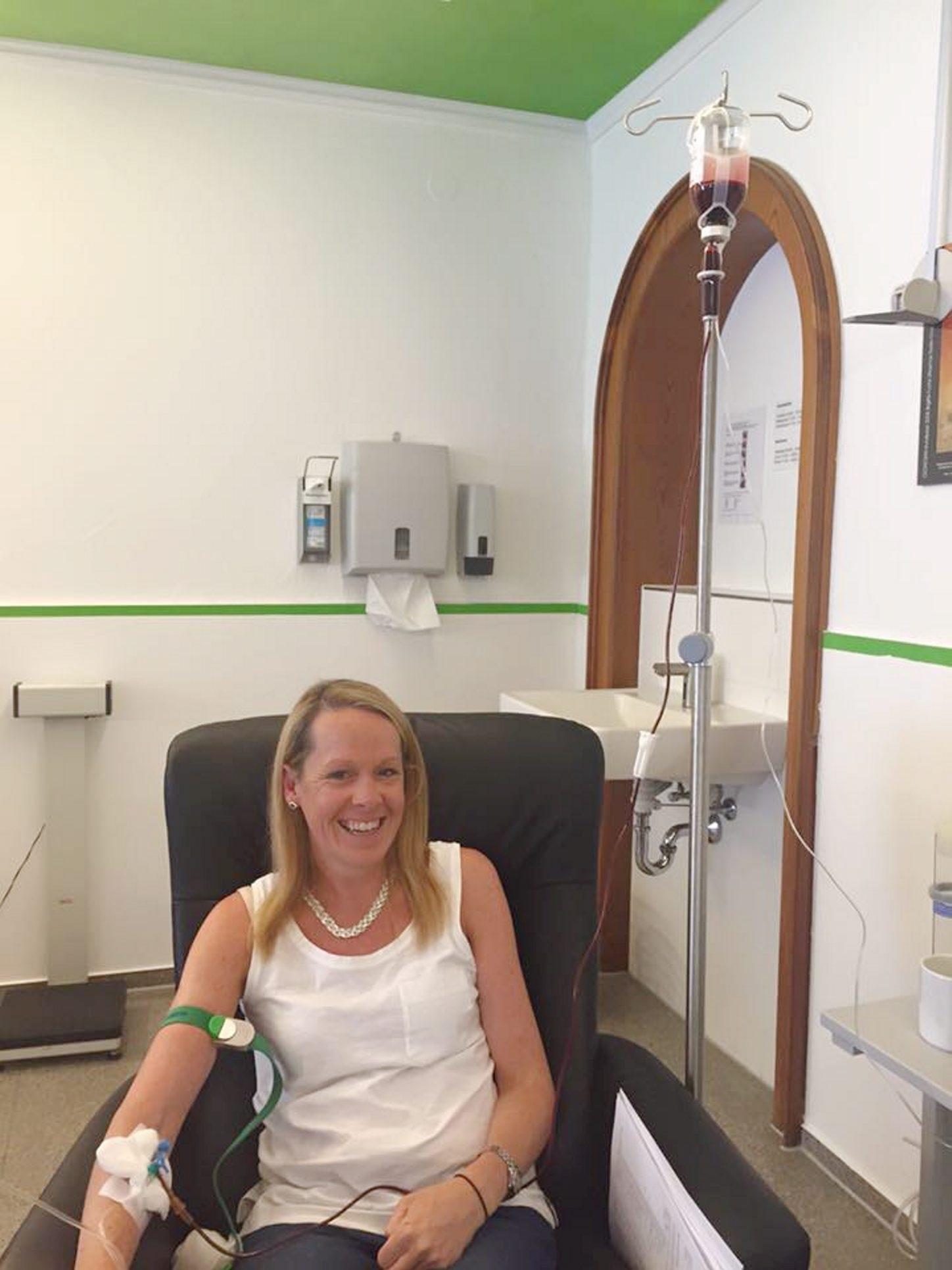 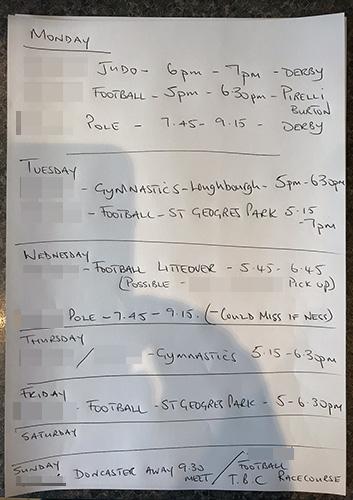 Besides, her presence is all around. Every time I go food shopping or decorate, Hayley helps me make a decision.

Just last year, we moved into a new house. We still have a room that’s unfinished, which we’re going to call “Mummy’s room.”

Hayley stayed positive throughout her treatment and was planning on coming home. She told me she wanted a neutral colour on the walls with silver carpets, but I wanted tiled flooring.

“Carpet’s cosier,” I can hear her say now. So I’m going with what Hayley wanted.

As for Christmas, there’s no denying this year is going to be different.

While others terminally ill may have got presents and cards together for the kids, we never did. 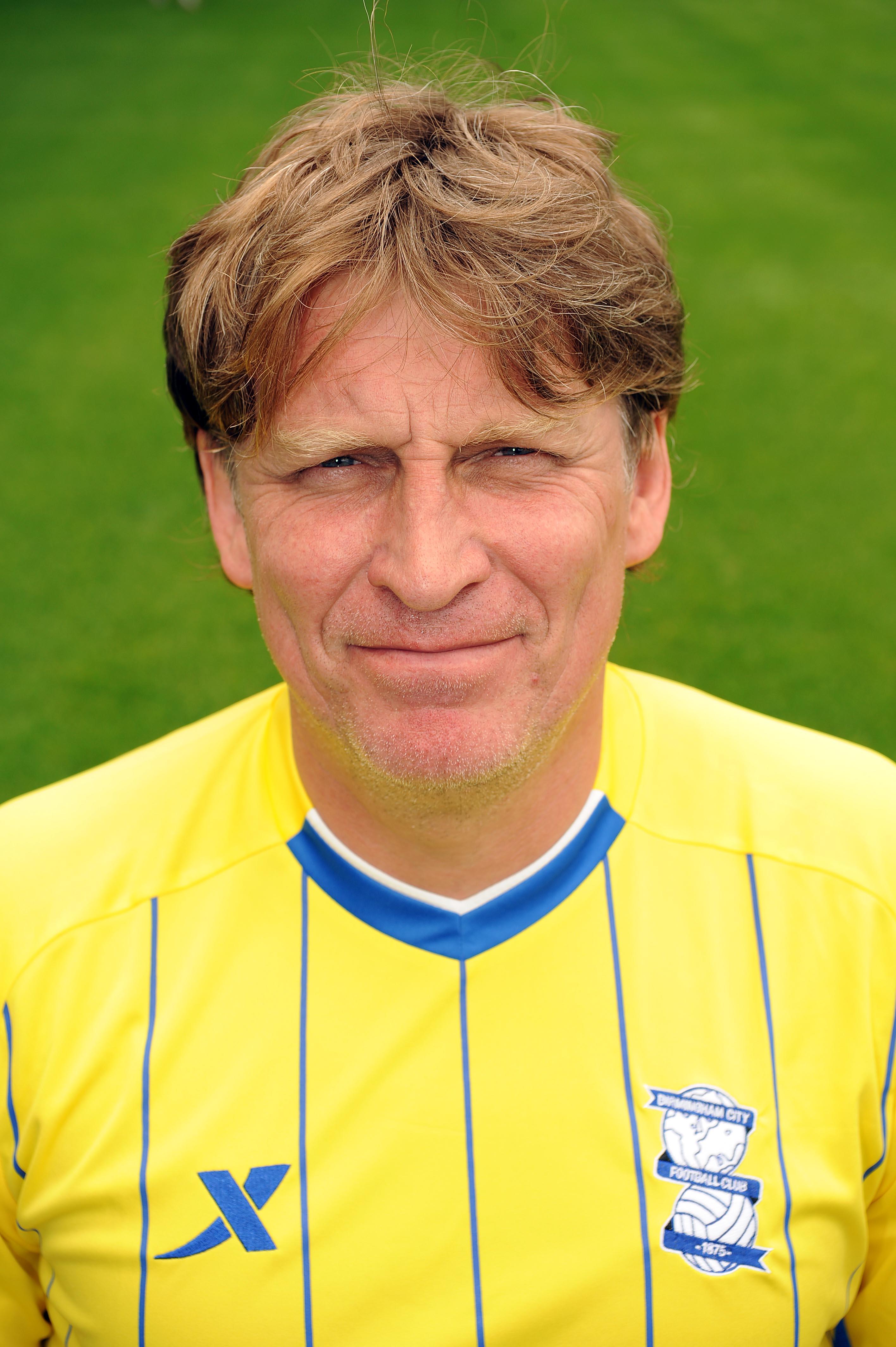 What is breast cancer?

WITH over 50,000 cases each year, breast cancer is the most commonly diagnosed form of the disease in UK women.

One in eight women across the nation develops the disease in their lifetime and experts advise that women should check their breasts each month for signs of cancer, starting in their 20s.

Breast cancer is the name given to any cancers that have first developed in the breast tissue – there are many different types.

Nearly 1,000 people die from breast cancer every month in the UK, with the disease killing around 11,500 women and 80 men each year.

However, thanks to advances in medical research and early prevention, more people are surviving breast cancer than ever before.

While it is more common in older women, it does affect the younger generation and men too – with around 20 per cent of cases occurring in females under 50 and 350 male cases diagnosed in the UK annually.

For most women, the first sign or symptom of breast cancer is a lump or area of thickened tissue in their breast.

While 90 per cent of such lumps are not cancerous, it is vital to get them checked by your GP at the earliest opportunity – detecting the disease early can mean treatment is more effective.

It is therefore vitally important to be "breast aware" – know what feels normal for you, and therefore what changes to look out for.

One in three women do not regularly check their breasts, and a fifth of these women say it is because they don't know how to do it.

However, while the majority of women know to feel for unusual lumps and bumps, there are also other, less understood signs and symptoms such as change in breast size or shape.

Even during her final days, I still thought Hayley would come home – as did she.

This year, it’ll just be the five of us.

It’s important for us to get used to the fact that while Hayley’s not with us physically, she’s still in our hearts.

We’ll have a big dinner with all the trimmings and play board games. I’ll make it as special as I can – just like Hayley did.

Meet the dad who is writing 33 birthday cards for the sons he will never see grow up.

A mum-of-three revealed the tragic heartbreak of being widowed TWICE — and before 30.

The widow of a tragic groom who died hours after wedding says ‘I’m on a rollercoaster that won’t stop’.

Love real life stories? We're always on the look out for case studies to feature on Fabulous Online. Join our Facebook group and you could make money by telling your story.

The Expanse Season 4 release date, teasers and trailers, cast updates, plot and everything else you need to know

WarnerMedia Streaming Platform to Launch With Three Tiers of Service, Emphasis on Movies