A POLL of 2,000 women found one in six (16 per cent) even admitted to suffering discomfort ‘often’ or ‘all the time’.

As a result, a third are not completely satisfied by their sexual experiences. 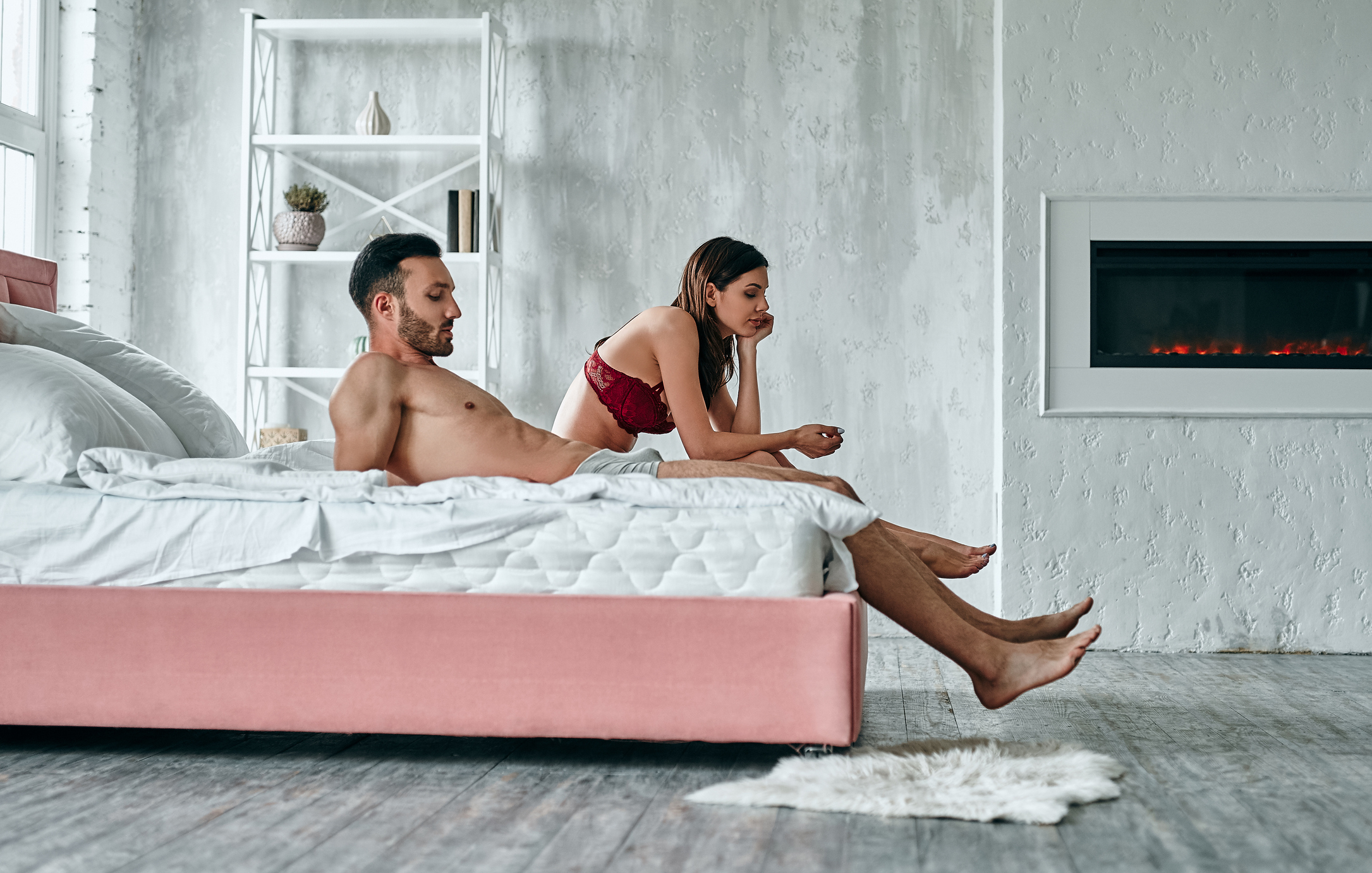 But while vaginal dryness (46 per cent) and not being aroused enough (44 per cent) were the top reasons for discomfort, 13 per cent have struggled because a condom wasn’t lubricated enough.

Nearly a fifth (18 per cent) didn't know that vaginal dryness is a natural part of a woman’s monthly cycle, with nearly three in five wishing it was more acceptable to discuss sex and female sexual satisfaction openly.

It also emerged 72 per cent think there’s a taboo around sex and female sexual satisfaction.

A spokesperson for Durex, which commissioned the research to normalize the use of lubricating products to support its Naturals Range, said: "Knowing your body and what is and isn’t normal for it is a key part of being able to enjoy sex.

“Many women are having less than satisfying sex experiences because they are unaware of why they might experience discomfort, don’t feel confident in knowing what to do about it and therefore, put up with it.

“Much of the discussions around satisfaction and pleasure can be male-centric, so it makes women feel less confident in asking important questions so they can find the solutions right for them.”

It also emerged 76 per cent feel sex education at school did not teach them enough about what to expect during sex and female sexual satisfaction.

And three in 10 women weren’t even taught the female anatomy.

Instead, 82 per cent feel they have learnt more about the anatomy of their genitals as an adult.

Half of those polled via OnePoll would like to learn more about how to improve sexual satisfaction for both themselves and any partners.

Although, those who have not used lubrication to enhance their experience said they felt it wasn’t needed (47 per cent), felt awkward using it (14 per cent) or found it an embarrassing topic to bring up (13 per cent).

The Durex spokesperson added: “We know sometimes, it can feel a little awkward or taboo to bring up sensitive topics like sex, discomfort and your body with others, whether it’s friends, family or even your sexual partner, but open communication is a great step to improving your experiences.

“Durex wants to encourage all women to talk more openly about things like vaginal dryness, understand what they can do about it and help more women to get the best out of sex.”

Knowing your body and what is and isn’t normal for it is a key part of being able to enjoy sex.

Meanwhile…My girlfriend-of-10-years had a baby with a sperm donor so it was ‘her’ kid & she says I need to ‘earn’ the parent title.

More on dating…I thought I’d met the man of my dreams on a blind date but then he took me to meet his mum… and she was dead.

And in more bizarre dating stories… I moved in with my girlfriend & found out she only showers fortnightly – I sleep on the couch because of the smell.

Widow, 94, reveals she's one of the 'dead voters' named by Tucker Carlson and Trump campaign in blow to 'fraud' claims