A YOUNG mum was left heartbroken after nobody turned up to her firstborn baby's baby shower.

The mum, called Annie, posted a video on her TikTok account, agkrogmeier01, where it has been viewed over one million times. 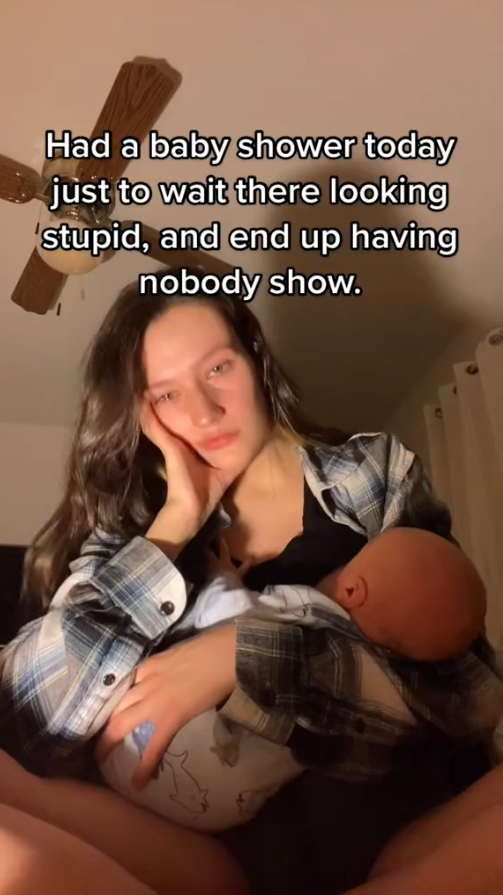 The heartbreaking video shows the new mum holding her newborn baby, trying to hold back tears as she tells her followers that no one turned up for the baby shower, including her own mother.

In the caption, she writes: "I was so embarrassed. My own mum didn't even show."

Annie wrote in the video: "Had a baby shower today just to wait there looking stupid, and end up having nobody show."

People flooded Annie's video with comments of support as well as questioning what happened.

One user asked; "your mum didn't show?" to which Annie replied that her mum said she had forgotten.

Annie said in a separate video she was raised in a strict Catholic household, was homeschooled and always labeled the goody two shoes by friends, so it came as a surprise when Annie fell pregnant at 19-years-old.

Unfortunately, there were some users who trolled Annie, saying they didn't believe her story at all to which Annie posted another video addressing some of these comments.

One user commented: "So a family member planned this, invited people and literally not one person showed up? Definitely not doubting your story, just seems bizarre."

To which Annie replied: "That is why I was so surprised and disappointed, I invited a good amount of people and nobody showed."

"Your mum forgot? Okay now I am having doubts about the whole thing. Sorry, but…" Wrote one user.

Annie wrote: "For everyone saying it is "'tacky' to have a second baby shower". "Showers are supposed to be before the baby is born." "Showers are only for the first born (which he is)." Nobody asked."

She captioned it: "Stop making stuff up, I was just upset people told me they’d be there then didn’t bother to show."

Other users swarmed together to support Annie and asked her to put up a registry so they could buy her and her newborn child some gifts, but Annie has not made one public at this point in time.

One user commented: "Girl I'll send something just put a link up!You and your baby deserve to be celebrated! Babies are gifts from God."

Okay so we are planning you another one for next weekend and everyone in the comment section will be there." Responded another user.

A third user said: "You deserve better. So much love to you and your little one. You're an awesome mum and your baby is lucky to have you!" 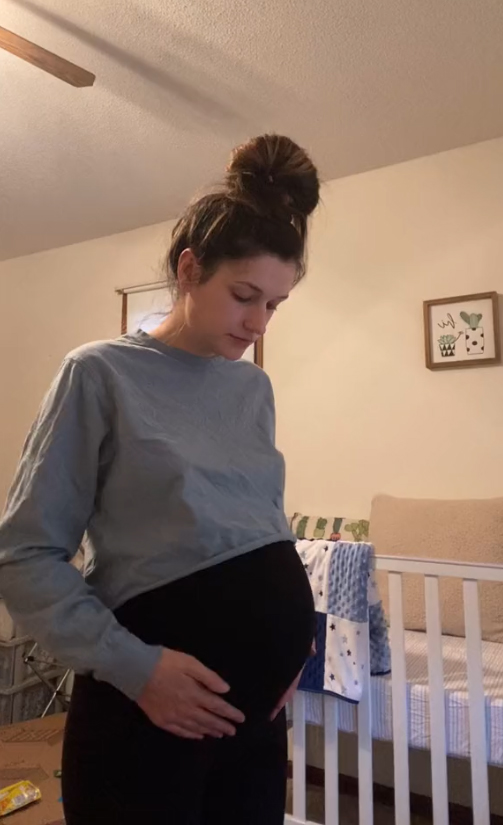 Plus, a mum reveals her 'lasagne' bed making tip and it will save busy mums so much time.

And, parents say giving your kid a phone is bad for them, but it made me a better parent.

Meanwhile, a mum reveals why smacking your kids makes them have more tantrums and doesn't prevent bad behaviour.

Why Britain’s babies are getting bigger

Céline Dion Says She Doesn't Want to Be Called the New Queen of Fashion: 'I'm the Boss'