‘OFF-grid’ mum Adele Allen has vowed to reduce her council tax payments when lockdown is over, to make up for her children's inability to use the local facilities.

Adele shot to notoriety alongside her husband Matt when they appeared on This Morning to discuss their unconventional approach to parenting, and their then-one-year-old daughter Ostara weed live on TV. 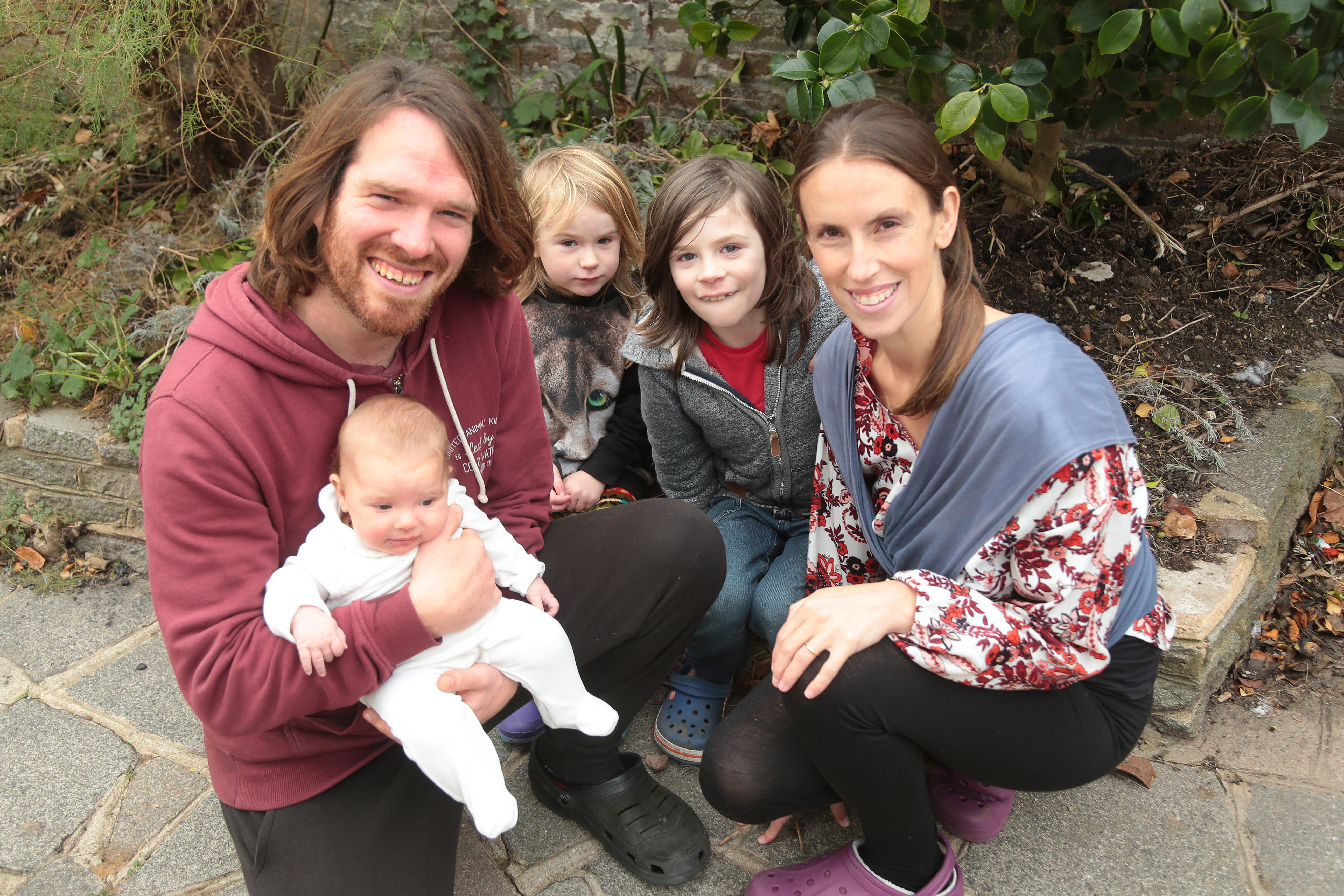 Describing lockdown as like The Hunger Games, the book and film where teenagers fight to the death until just one remains, Adele, 36, from Brighton, said on her Instagram page: "We are so fortunate to be blessed with a lovely garden where we can create our own play park.

"As for all public parks being closed, the council can expect my council tax contribution to be reduced accordingly whilst this episode of the hunger games continues.

She finished: "Enjoy the sunshine everyone!"

In another post she published a picture of a girl in a swimming costume leaning on a bike and and walking a dog while stood next to a sign proclaiming "No dogs, no bicycles, no swimming" while writing "Be a rebel". 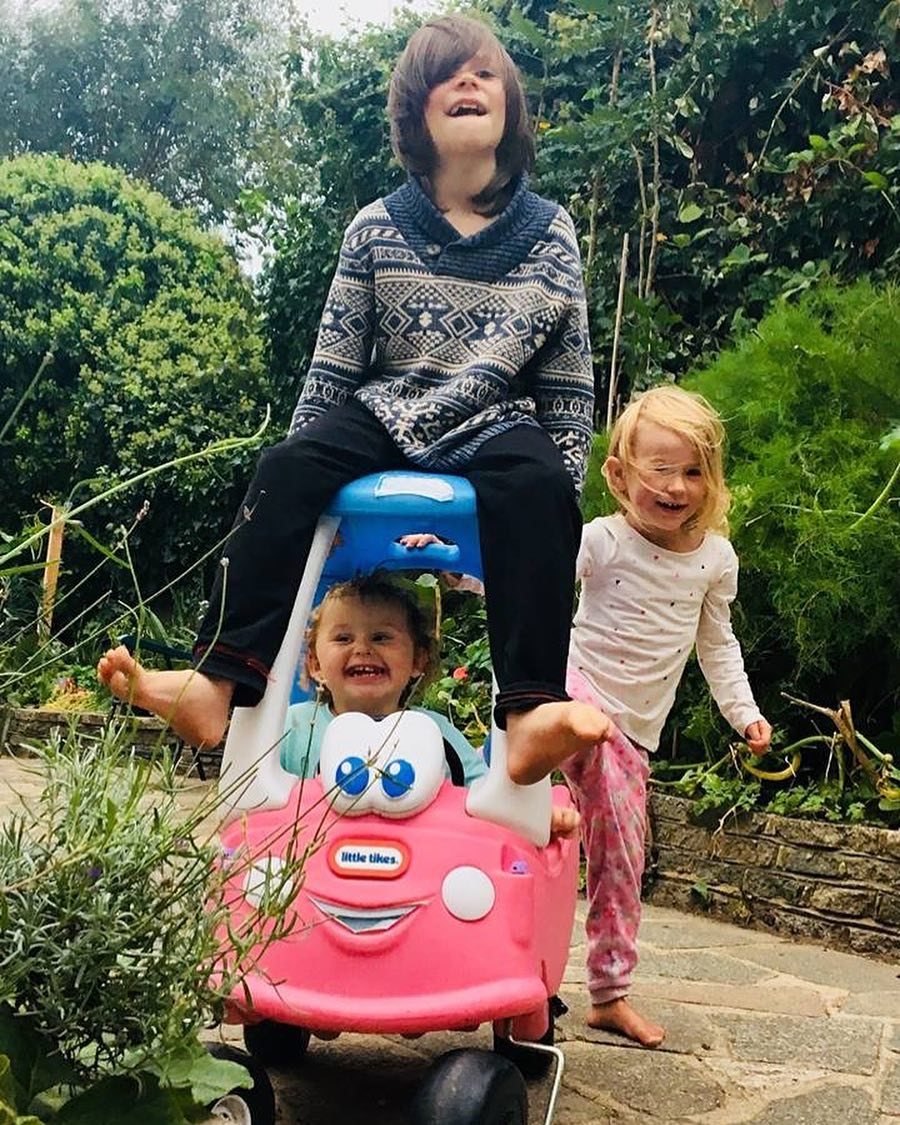 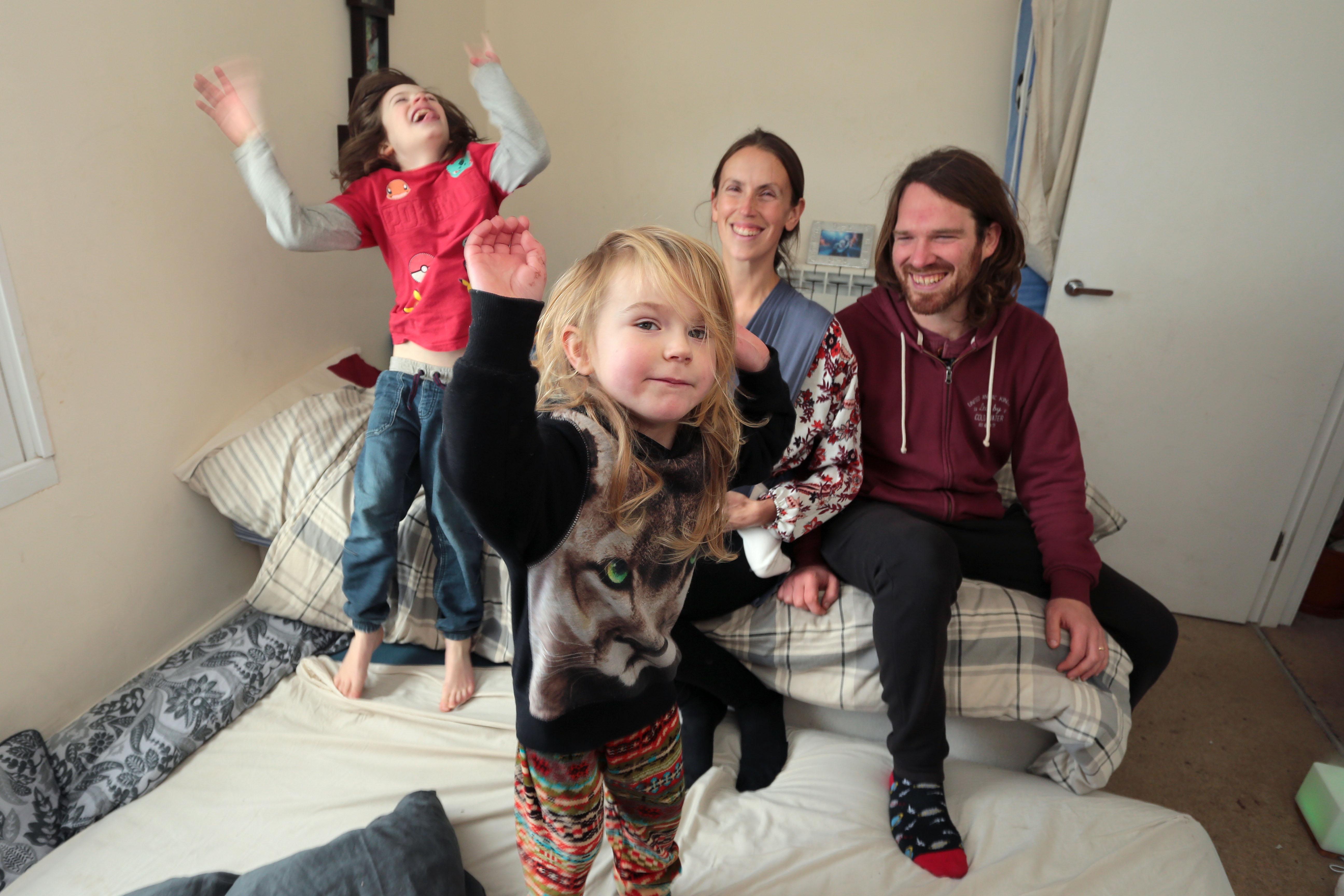 The couple have previously been slammed by the public for refusing to work, but still happily claiming benefits.

And in addition to this Adele has told how Matt has an autoimmune disorder.

People with such disorders are considered to be more at risk for coronavirus.

The couple who have Ulysses, nine, Ostara, four, and Kai now 18 months, appeared on Stacey Dooley Sleeps Over, last year with Matt sparking controversy when he said working wasn’t in his “psyche”.

Matt said he felt justified in claiming benefits as in other ways his family had a "minimalist impact" on society. 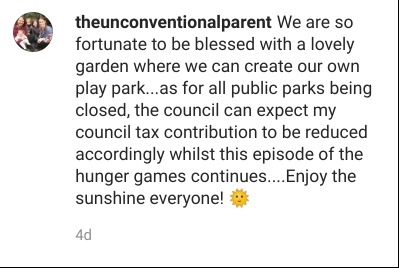 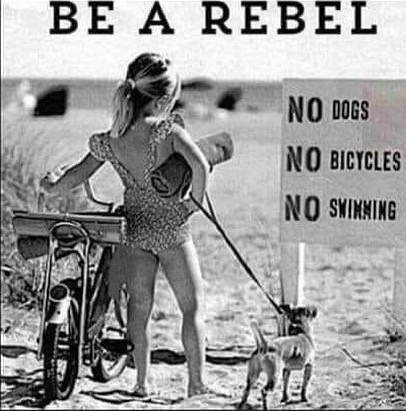 Describing how they lived in a three-bed council home, he said: "It's mostly benefits but we claim the very bottom line, just housing benefit and child tax credit which everyone gets anyway.

But Matt was adamant he and Adele were not abusing the system, with him working so few hours.

"I really honestly don't think we are," he said. "We have a minimalist impact on society in many respects

"Adele didn't have births at hospitals so we saved money on that. It is what it is." 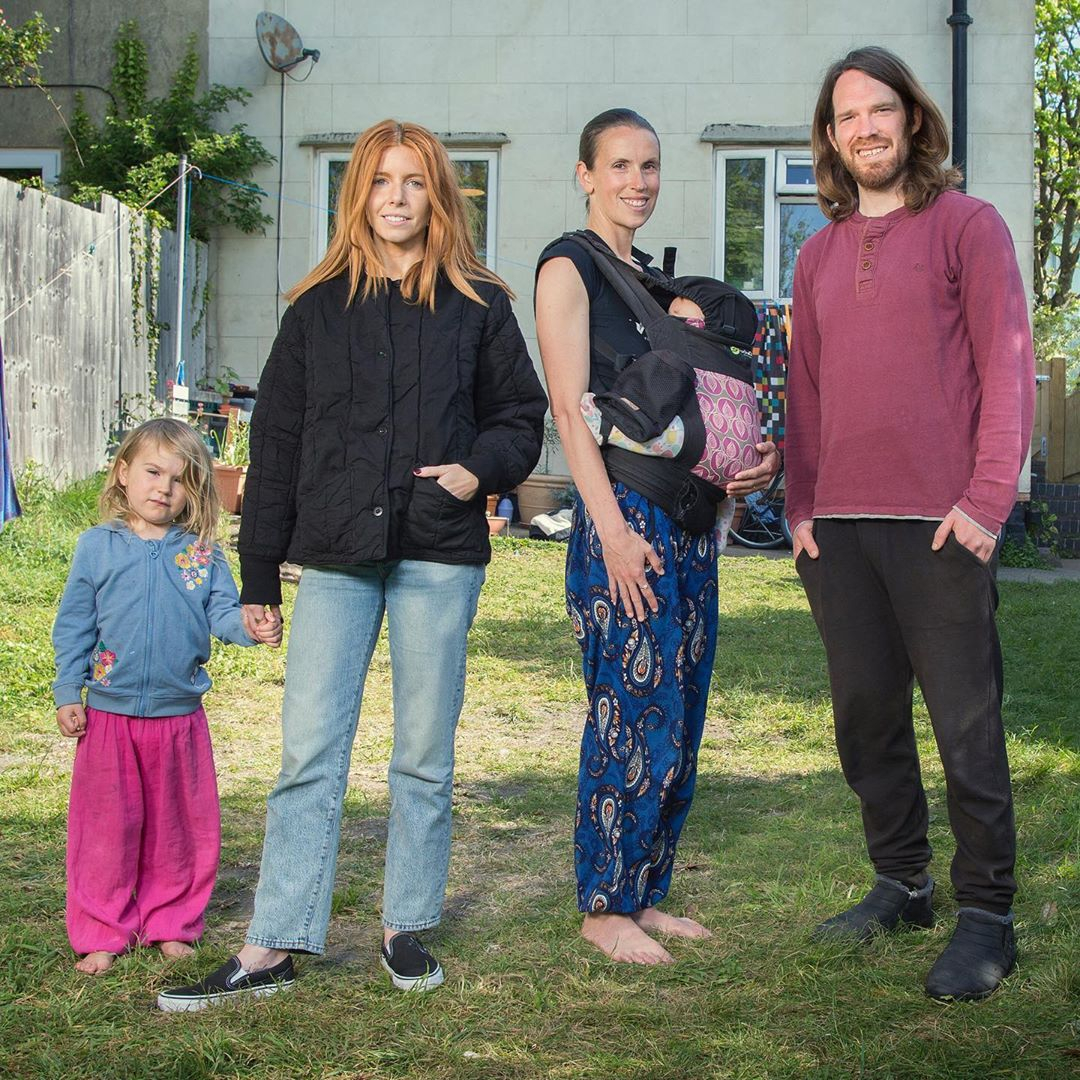 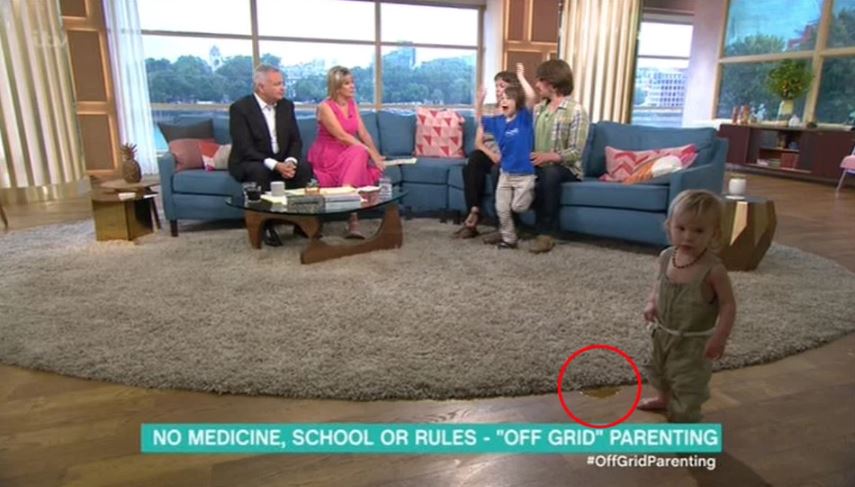 And he refused to work a more traditional job for longer hours. "It's simple, I have no intention of spending 45 to 50 hours a week working. It is not in my psyche," he said.

The couple take a “child-led” approach to raising their three – which basically means the kids chose what they want to do and when.

They have no bedtime, decide whether or not to go to school and pick if they want to brush their teeth.

Adele previously revealed that none of the children had ever received a vaccination, despite the risks presented by diseases such as measles.

As for all public parks being closed, the council can expect my council tax contribution to be reduced accordingly whilst this episode of the hunger games continues.

She admitted even if she was to take them to a country rife with malaria she wouldn't give them malaria tablets.

"We believe children are born with a  working immune system," she said. "And yes it is immature but that is why you breastfeed them."

The couple also intend to move entirely into the wilderness in the future.

They plan to live entirely off the land, making their own medicines, building shelter and growing all their own food.

"We are already out of the system for schooling and healthcare and want to become even more self-reliant," said Adele.

"We plan to make our home remedies.

"For example elderberry syrup as a natural remedy to the flu shot.

"We are using housing benefit as a stepping stone to get there."

Meanwhile, Adele insists Ostara was merely the victim of a leaking nappy on This Morning.

After "vindictive trolls" voiced concerns over the children’s welfare, the couple got a visit from social services, but they left satisfied they were happy and healthy.

Starting in 2021, the DC Extended Universe Will Finally Release As Many Movies Each Year as Marvel

Revisiting Hours: ‘Confessions of a Dangerous Mind’ and the Dick Biopic