Home » Fashion » Is it OK to wear sneakers to a wedding? 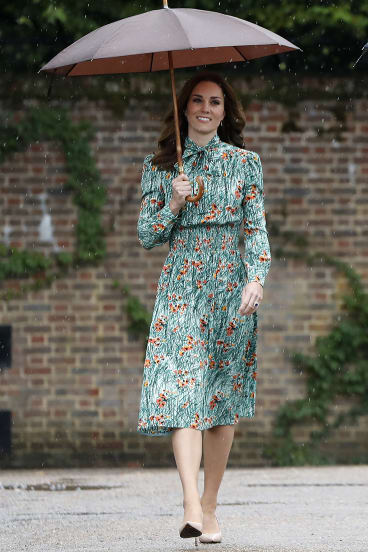 Queen of the nude shoe … the Duchess of Cambridge.

At the Duke and Duchess of Cambridge's wedding back in 2011, the vote on footwear was unanimous. The majority of guests adopted the shoe of the moment; an almond toe, platform-fronted nude stiletto. And we all know, that the style – specifically LK Bennett's "Sledge" – would fast become synonymous with the bride herself.

At race days, weddings and parties, we hailed the glossy, naked-look stiletto as a fashion saviour, the easy, nay mindless, solution for anyone short of an answer to that age old conundrum; which shoes go with this outfit? In diligently matching them to our legs, instead, we eliminated all possible clashes and had a pair of shoes that, by virtue of chiming with nothing in our wardrobes, actually worked with everything.

Fast forward seven years, though, and the ultimate fashion troubleshooter may have had its day. Shoe designers have been championing mules and slingbacks, while influential buyers are talking about updates on the classic court, with higher vamps and popping colours. "The traditional pump has moved forward with a fashion point of view," notes Net-a-Porter fashion director Lisa Aiken, who cites Tibi and Souliers Martinez as labels she loves. "It's had a revamp."

At Prince Harry and Meghan Markle's wedding last weekend, there was no obvious ruling on shoes. Instead, their guests unwittingly gave a masterclass in how many different ways there are to get it right (and wrong) right now. Stilettos, sandals, courts, mules, fancy flats and even a couple of pairs of trainers passed by in the glorious fashion parade.

While some style pundits might cite the scale of the headpieces or the length of the hemlines as the sartorial markers of the day, I say it's the shoes that tell us where British occasionwear is really at right now. These are the findings. 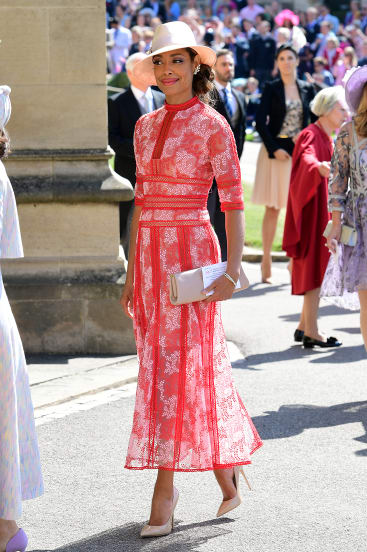 Off-nude is the new nude, if you follow, and suede is the new patent. The round-toe, high gloss heels that dominated floor-level fashion in the early 2010s are out, replaced by a sharper, pointed court incarnation that should be a different shade of neutral to your natural skin tone. They're just as easy to style as their predecessor, yet avoid the problem that previously made them so divisive; it looks weird and almost hooflike when a shoe and a leg appear to be as one. See Carey Mulligan in taupe, Suits star Gina Torres in blush and the new Duchess of Sussex herself in Tamara Mellon, for examples of the off-nude suede done right.

Colour blocking; to match or to clash?

The singular splash of colour in Victoria Beckham's navy outfit was her poppy suede heels. For Lady Kitty Spencer, only a tangerine velvet pump could provide the right contrast against her forest green Dolce & Gabbana dress. But then Suits star Abigail Spencer rocked up in shoes that picked out the white polka dot print of her Alessandra Rich dress, and Caroline Greenwood, wife of rugby player Will, aptly went tonal in three different shades of green. 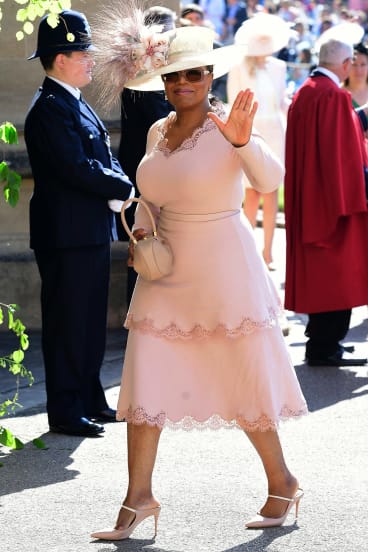 Oprah Winfrey was one of the few celebrities who wore on-trend mules to the wedding.

To match or to clash was a contention point over on the red carpet in Cannes, too. Everyone from Cate Blanchett to Léa Seydoux wanted to give the season's bright and bold suiting a try, yet couldn't agree on how best to finish the look. Both sides present strong arguments – the jury is still out.

Should I try mules?

Only Oprah could muster the bravery needed to wear mules to the royal wedding. Striding confidently down to that South Door in front of an audience of millions, she ticked every trend box and, crucially, didn't lose a shoe. Don't try this at home unless you are rock solid in your stature. Weddings at the best of times are an endurance test for the feet and only the most solid calves (Winfrey does power walking and a step class six days a week) will be able to withstand an entire day of mule-tottering without cramping. 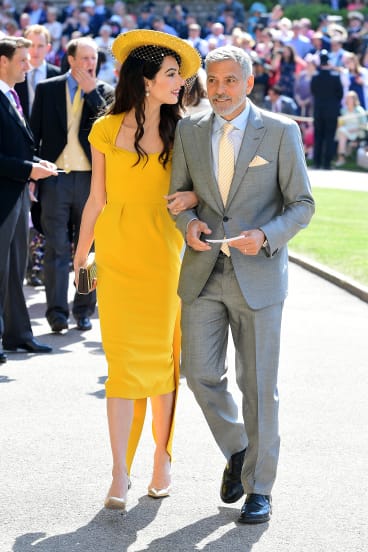 For royal wedding attendees who were lacking in real jewels, a crystal-blitzed upper or a chandelier strap seemed to provide a novel sartorial solution. The bride's friend, Priyanka Chopra, wearing Jimmy Choo, had the most gems twined around her ankles, while Troian Bellisario, wife of Meghan's Suits co-star Patrick Adams, kept her Sophia Webster frosting limited to the heel.

The other new neutrals are metallics. If you're finding all the suede pumps a bit too bland, but are also not on board with the crystallised end of the spectrum, then metallics are your compromise. The decision to be made here is whether warm metals (golds, bronzes, coppers) or cool (silver) will go best with your outfit. Amal Clooney gave a Hollywood touch to an otherwise entirely etiquette?appropriate mustard Stella McCartney dress, simply by going for the right gilt in the footwear department.

It's OK to wear flats

Only a handful of attendees had the foresight to prevent their stilettos from sinking into that chequerboard lawn outside St George's chapel. Midi heels and fancy flats were not in plentiful supply, but those who did them, did them well. Delfina Blaquier, wife of Argentine polo player Nacho Figueras, wore suede beige flat slingbacks under her Acheval Pampa dress, while Pippa Middleton did a low strappy sandal with her frock by The Fold. 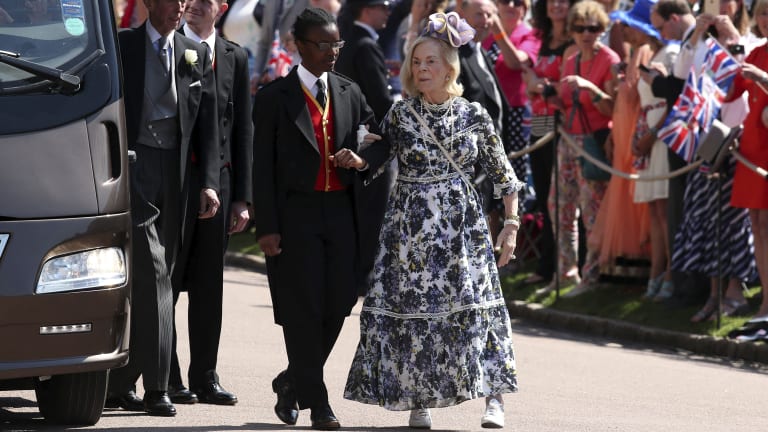 The Duchess of Kent was praised for her dress-and-sneaker look at the royal wedding.

Do you have to be an 85-year-old minor royal or a grand slam tennis champion to get away with wearing trainers to a wedding? In short, yes. The Duchess of Kent, 85, teamed white Hogan trainers with her Erdem dress and was declared "totally fabulous" by fashion bloggers. The other guest to decree it OK was Serena Williams, the tennis star who wore high-tops under her Valentino gown at the evening reception. Does this mean we can now all wear Converse to church? Absolutely not.

A word on the spa slippers that the bride and groom distributed at the evening reception. If anyone, even a freshly crowned Duchess, shakes a basket of terry-towelling sliders in your direction before 8pm, you must politely decline. It's outfit suicide. If the 92-year-old Queen isn't switching out of her Anello & Davide heels in favour of a comfort shoe, then what makes you think you should?

Trump Chose Not To Pardon His Children. Here’s Why