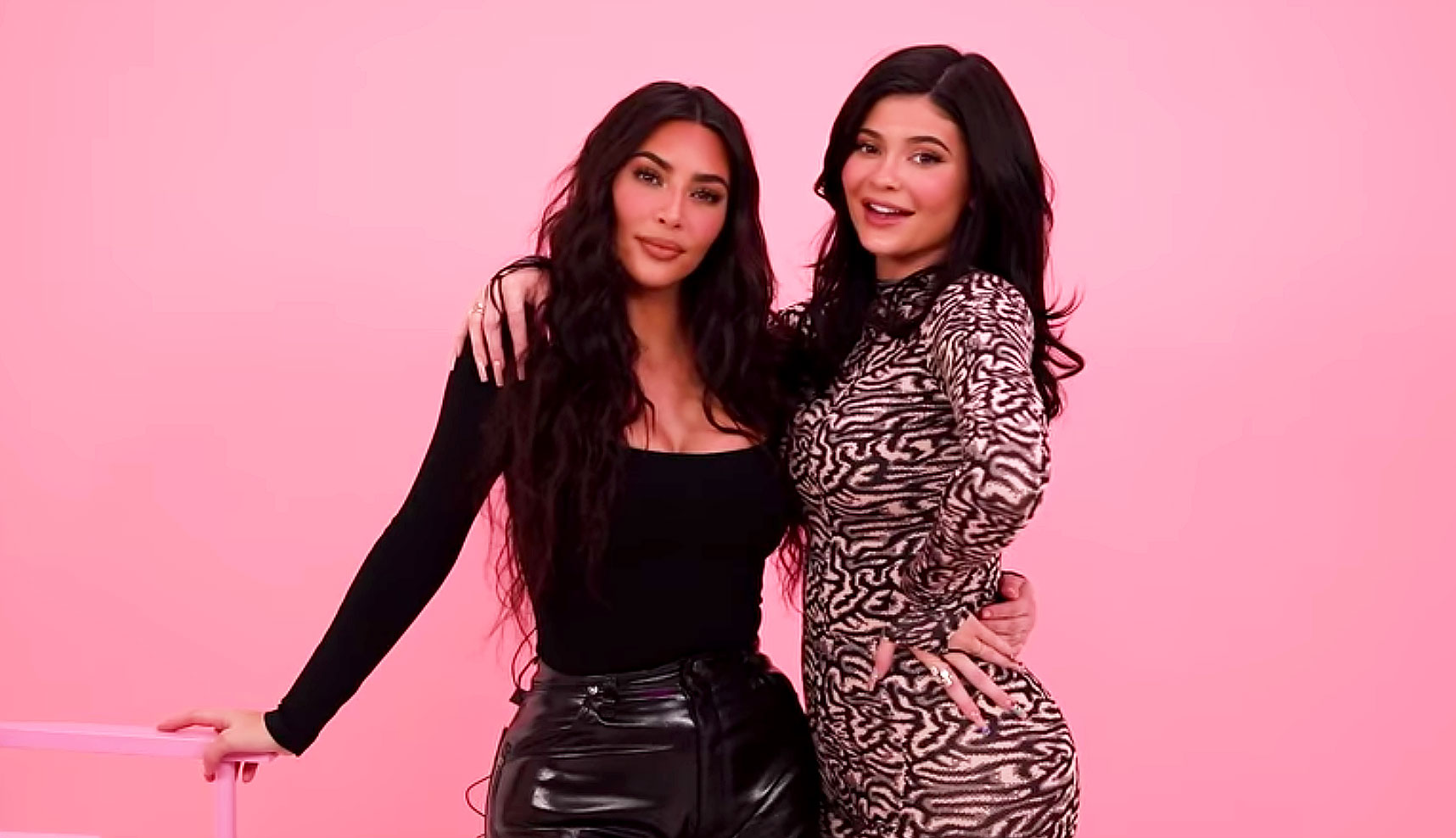 “Today I’m going to do my big sister’s makeup,” Jenner told viewers. Kardashian chimed in, “We’ve been trying to do this for years.”

“I’m giving you the glam that I do every day,” said the youngest of the Kardashian-Jenner children, while the mom of four sat bare-faced in a makeup artist chair.

As the two chatted about Kardashian’s fridge controversy, Jenner used a makeup sponge to create an even base of foundation on the Keeping Up With the Kardashians star’s skin. “You’re going to be calling me and paying me, probably, after this,” she said.

From there, she used the KKW Contour Sticks near the Skims founder’s hairline, cheekbones and along her jawline, before blending it out with a makeup brush and then a makeup sponge. After that, she continued to bronzer her up with Kylie Cosmetics Bronzer.

All the Times Kylie Jenner Matched Outfits to People, Cars and Other Surroundings

When she was content with the level to which she warmed up her sister’s skin, Kylie perfected her brows with a pencil from her namesake line, before whipping out the not-yet-released Celestial Skies 5-pan eyeshadow palette (available on Friday, January 24). She used a shade named Bronze Heaven and what she called a “matte crease shade” to give her sis natural, eye-defining shadow. 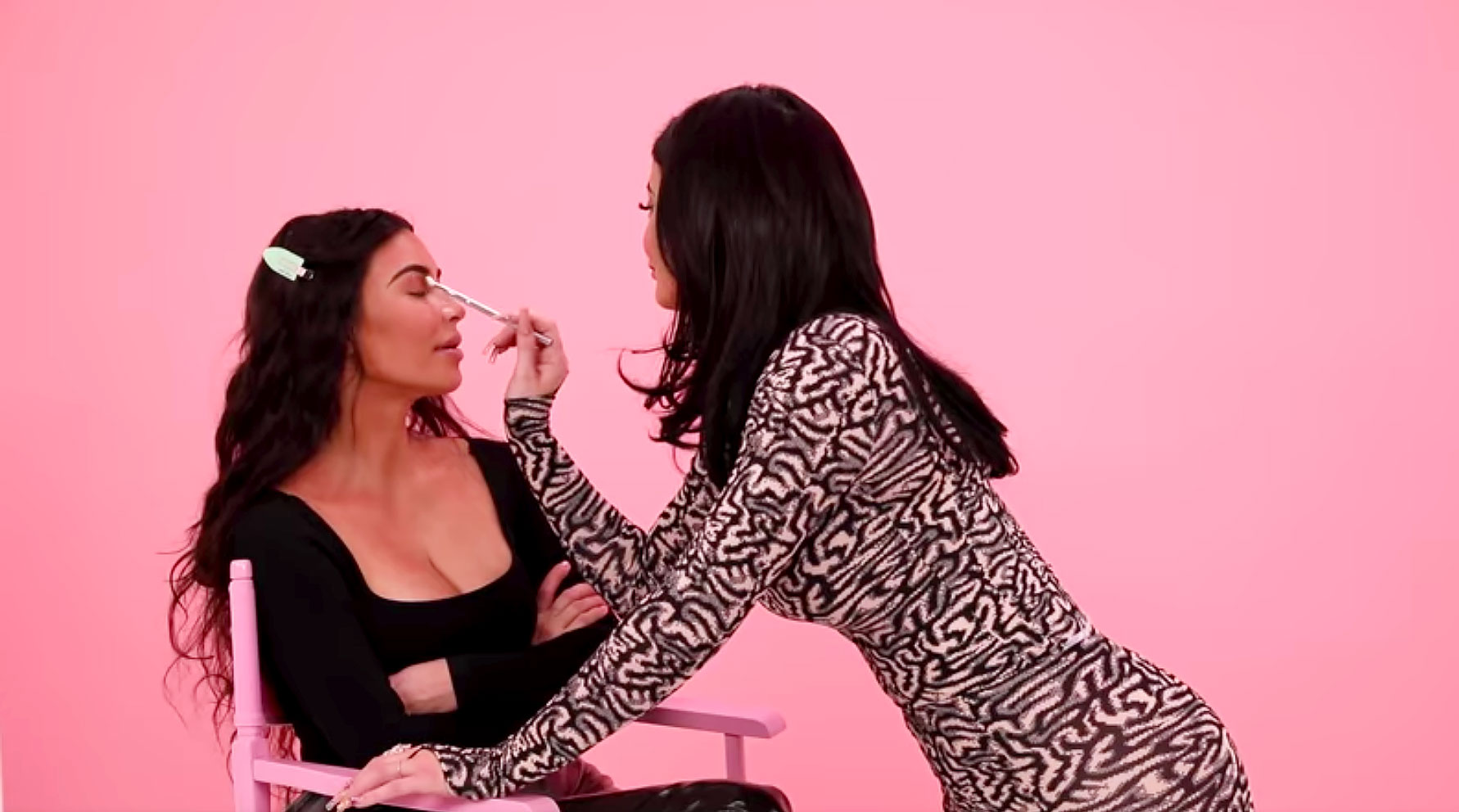 Kardashian’s cat eye and mascara was applied off-camera, before she tried Kylie’s trick of using brown mascara on her lower lashes. The younger of the siblings then revealed her new lip duos, launching on Wednesday, January 22. She swiped the ‘90s-esque brownish red lippie onto her big sister’s lips before ringing makeup artist Ariel Tejada to show off her hard work.

“You look bomb, what?” said Tejada over FaceTime to the sisters. “You’re for sure a makeup artist.” Right after she hung up, Jenner managed to pluck one of Kardashian’s eyelashes out, but overall, Kardashian appeared unfazed.

Tejada wasn’t the only one who was impressed — Kardashian was, too! “Wow,” she exclaimed, seemingly overwhelmed by the situation.

This isn’t the first time Jenner’s produced a must-see YouTube video. One of the most iconic ones of the past was when she released a drunk makeup tutorial with Khloé Kardashian. The two took 18 shots of tequila collectively, but somehow managed to complete a full face of makeup — and they looked good!

GameStop stock: why Google was forced to purge 100,000 negative reviews from Play Store

Line Of Duty series 5: All the questions we have after episode 3