Home » Fashion » Our girls get nothing for free, even the three-year-old works to get her pocket money & we’re proud to be pushy

A COUPLE who are happy to label themselves Britain's pushiest parents say they'll stop at nothing to see their kids succeed.

Sophie and Phil McGennity, from Preston, are determined their two daughters Crystal, eight, and Hallie, three, will grow up to know the value of hard work – and have even given Hallie a part time job. 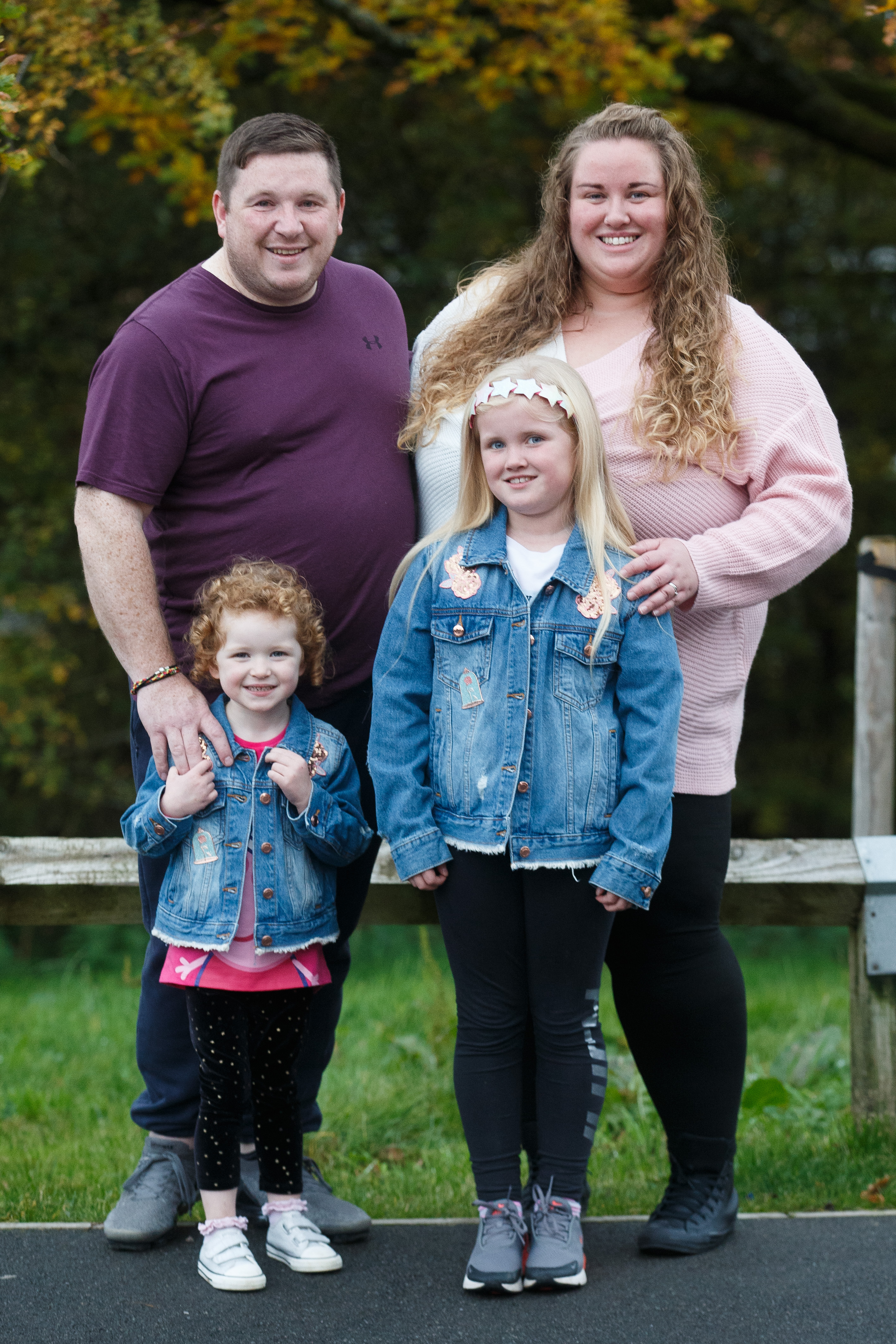 Their children are both expected to earn their own pocket money by performing chores around the house, and have a packed schedule of activities every night of the week.

Their weekends are filled with competitions and homework – and they're both expected to help out with the family business, a trampoline park, in Preston, Lancs.

But while other parents have been horrified with the girls' strict schedules, the couple say they've worked hard to give their children a life filled with excitement – and they want their daughters to appreciate and work for the luxuries they have.

Sophie said: "It’s important to us to make sure our children are successful, they need to learn that nothing in the world is free and to be successful you have to work hard every day. 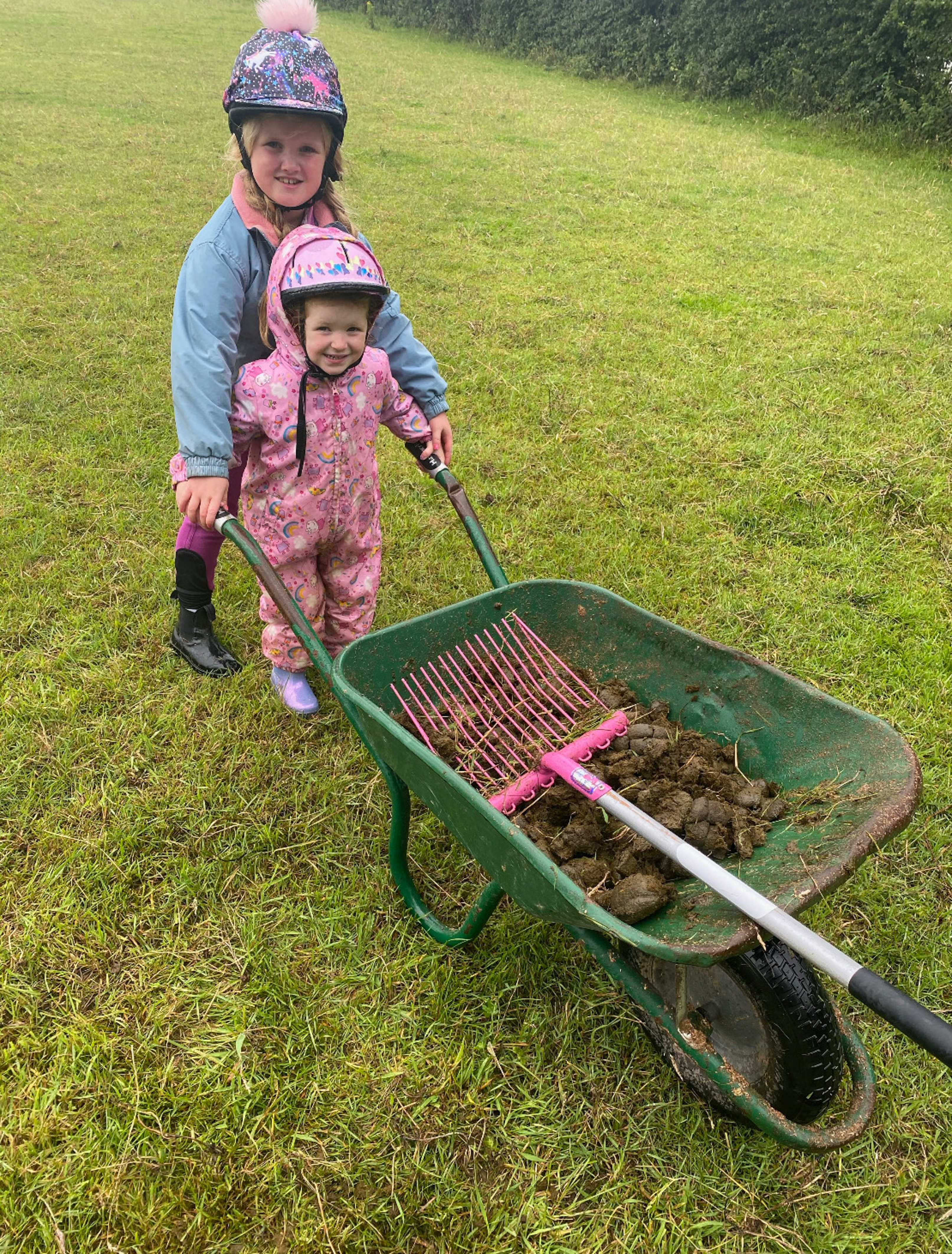 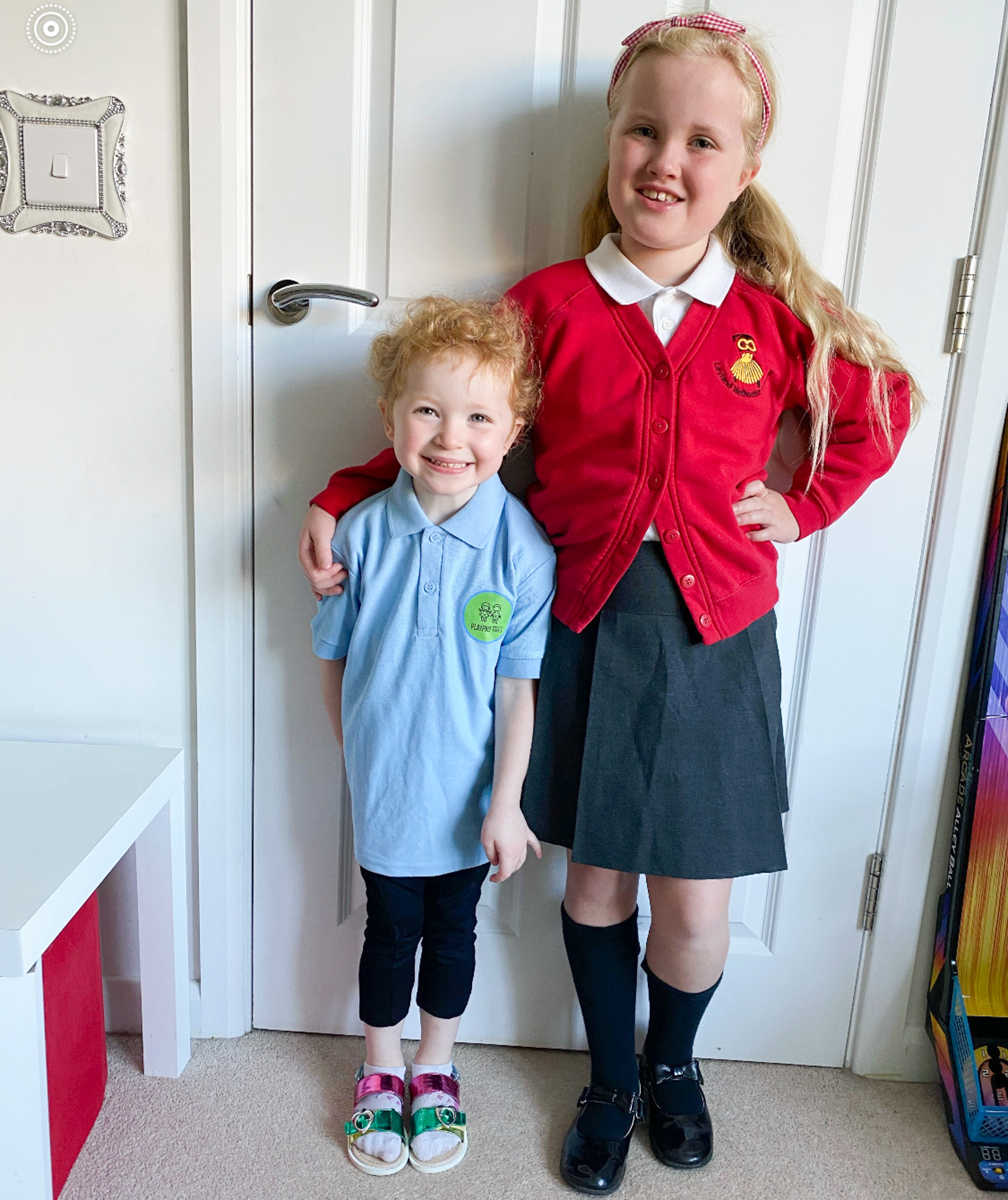 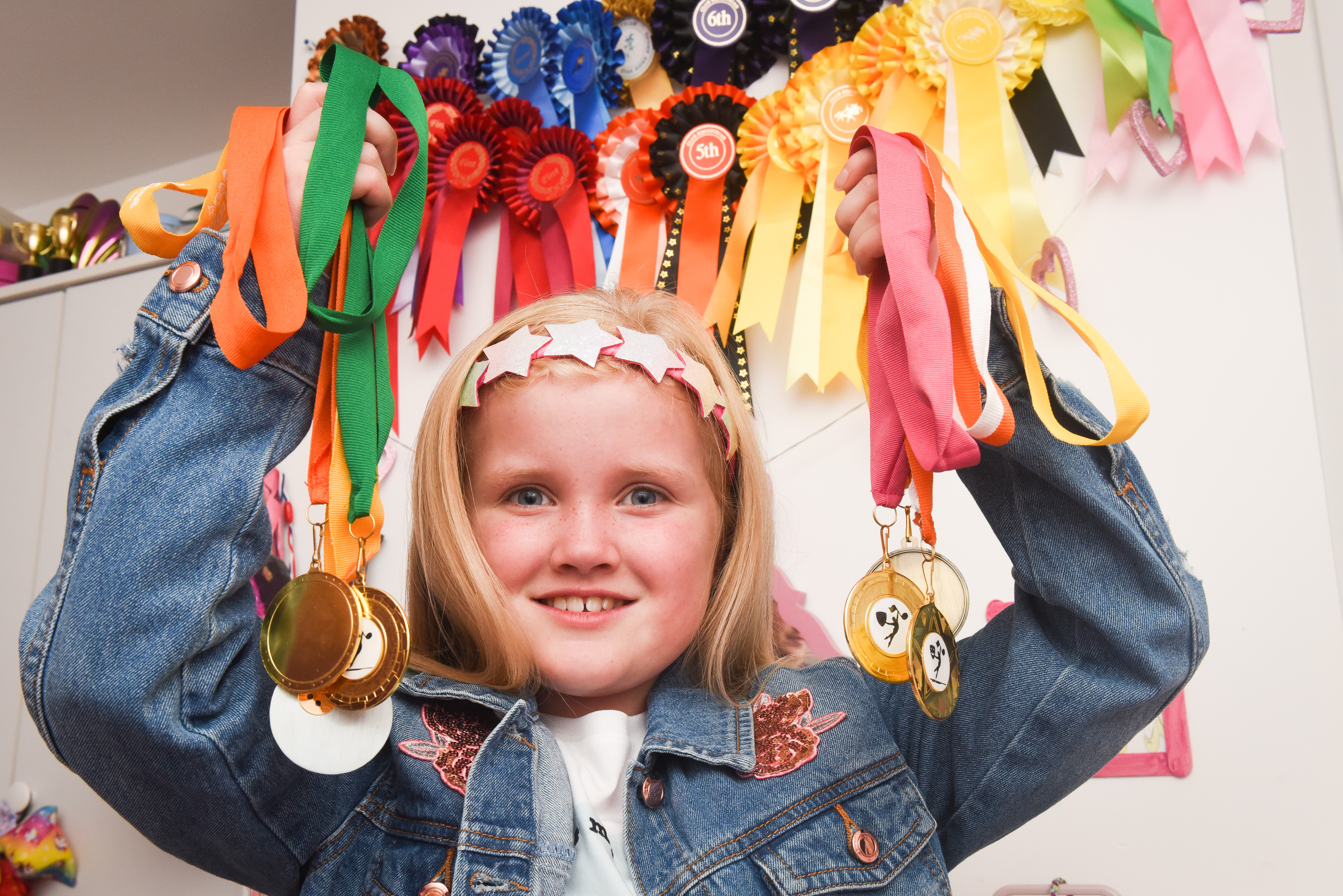 “My dream is to see my to children excelling at whatever they choose to do, participation is important but ultimately I want them to win at life so they don’t have to worry about money or stability.

“I understand why people call us pushy and we are, but it’s for a good reason that our kids understand. They don’t get anything for free, unless it’s their birthday and Christmas of course.

“If making sure that our children get every opportunity, we can offer them makes us pushy, then pushy is what we are.

“I have always worked hard, I was in just as many clubs when I was younger and started working as soon as I was old enough, Phil was the same. 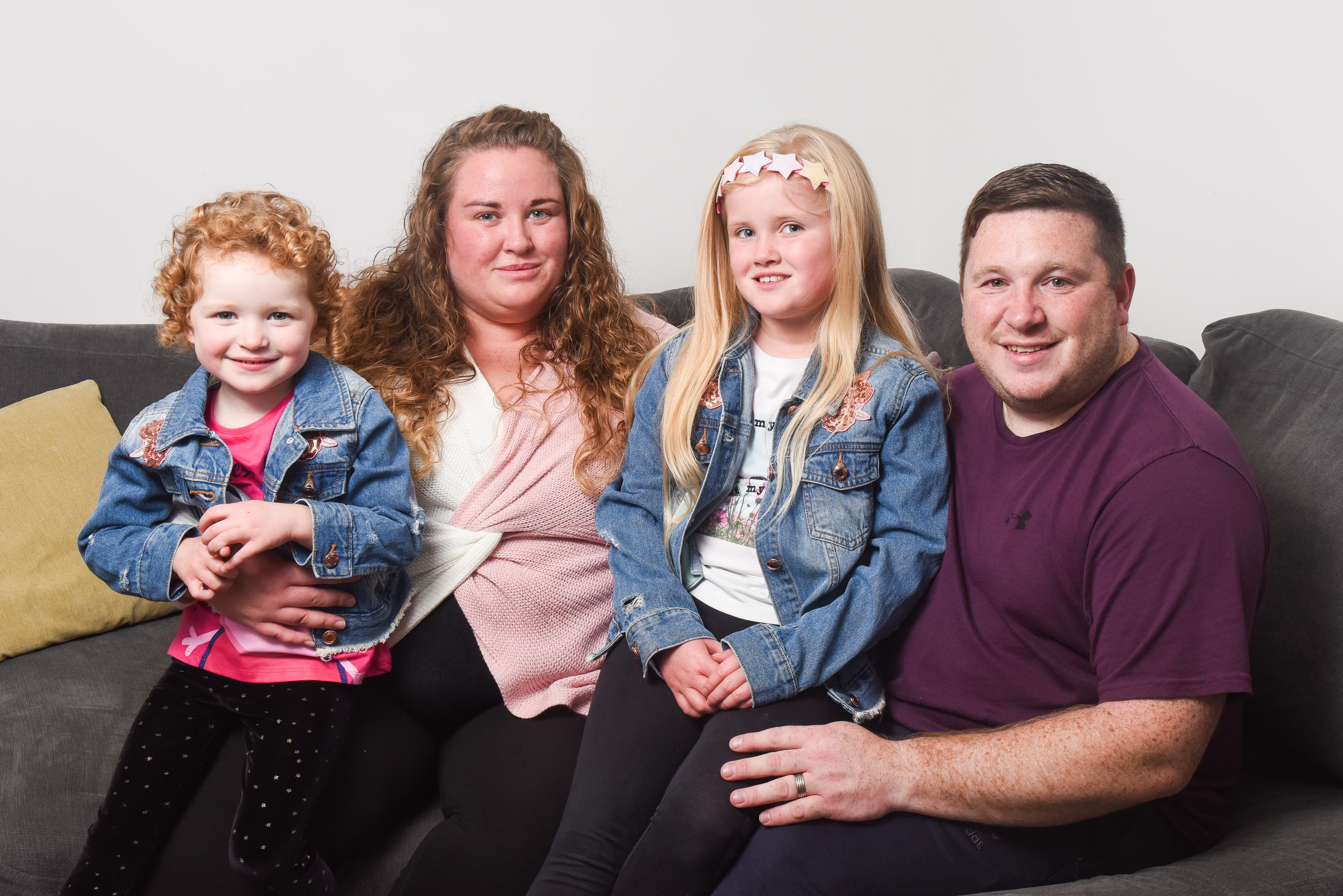 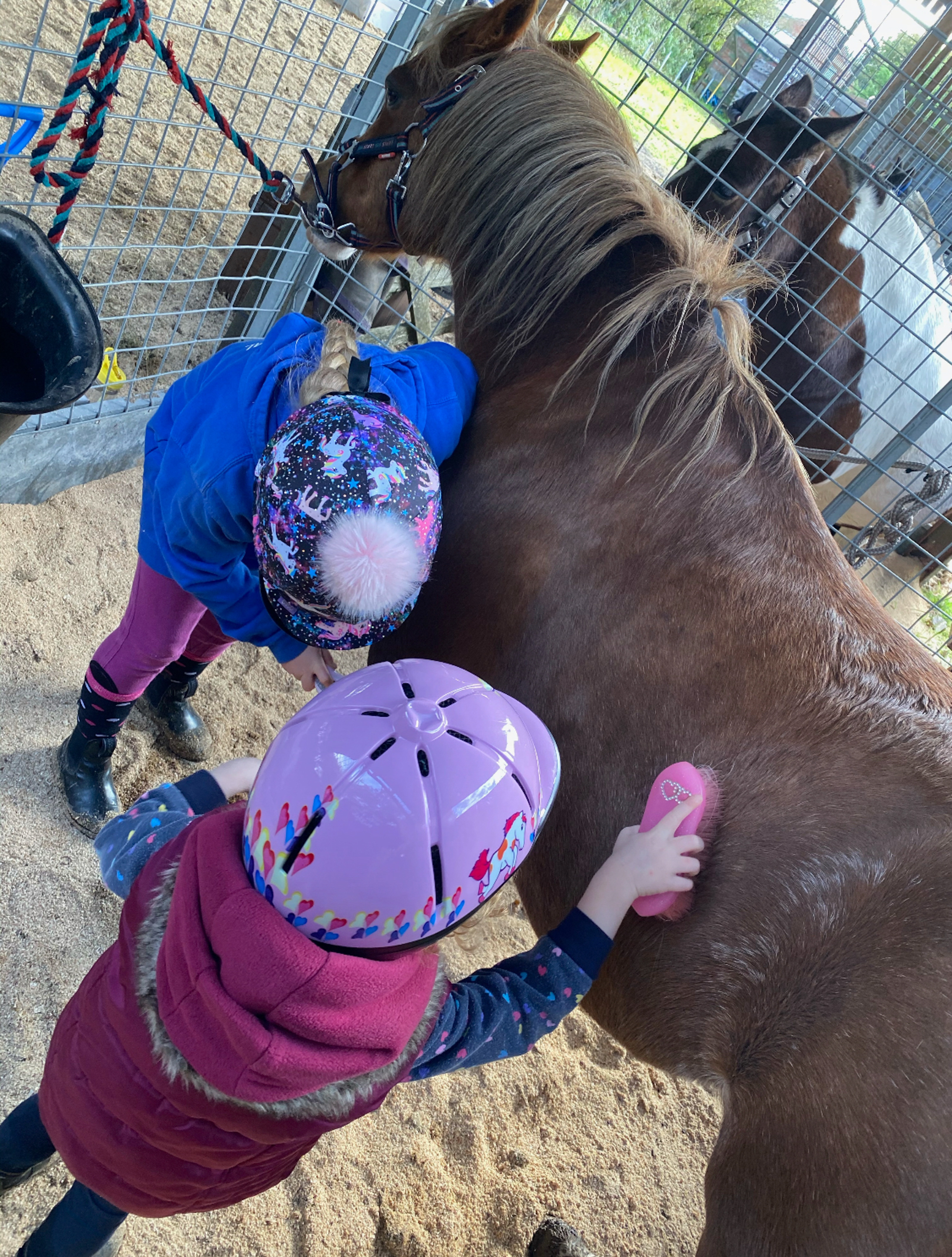 “We learnt early on that to have a good life you have to earn it, and we’ve proved this, we have a mixture of successful businesses, but we have worked hard for everything we own.

“For us it’s about teaching them that to get the things you want in life you have to put the work in and they understand this totally.

“We don’t force them to do anything, all we ask is that they complete whatever the first commitment was and if after they have done that they want to quit then they can.

“We have been called too pushy before, but I just can’t agree or take it personally, we get negative comments from parents who won’t put the work in like we do. 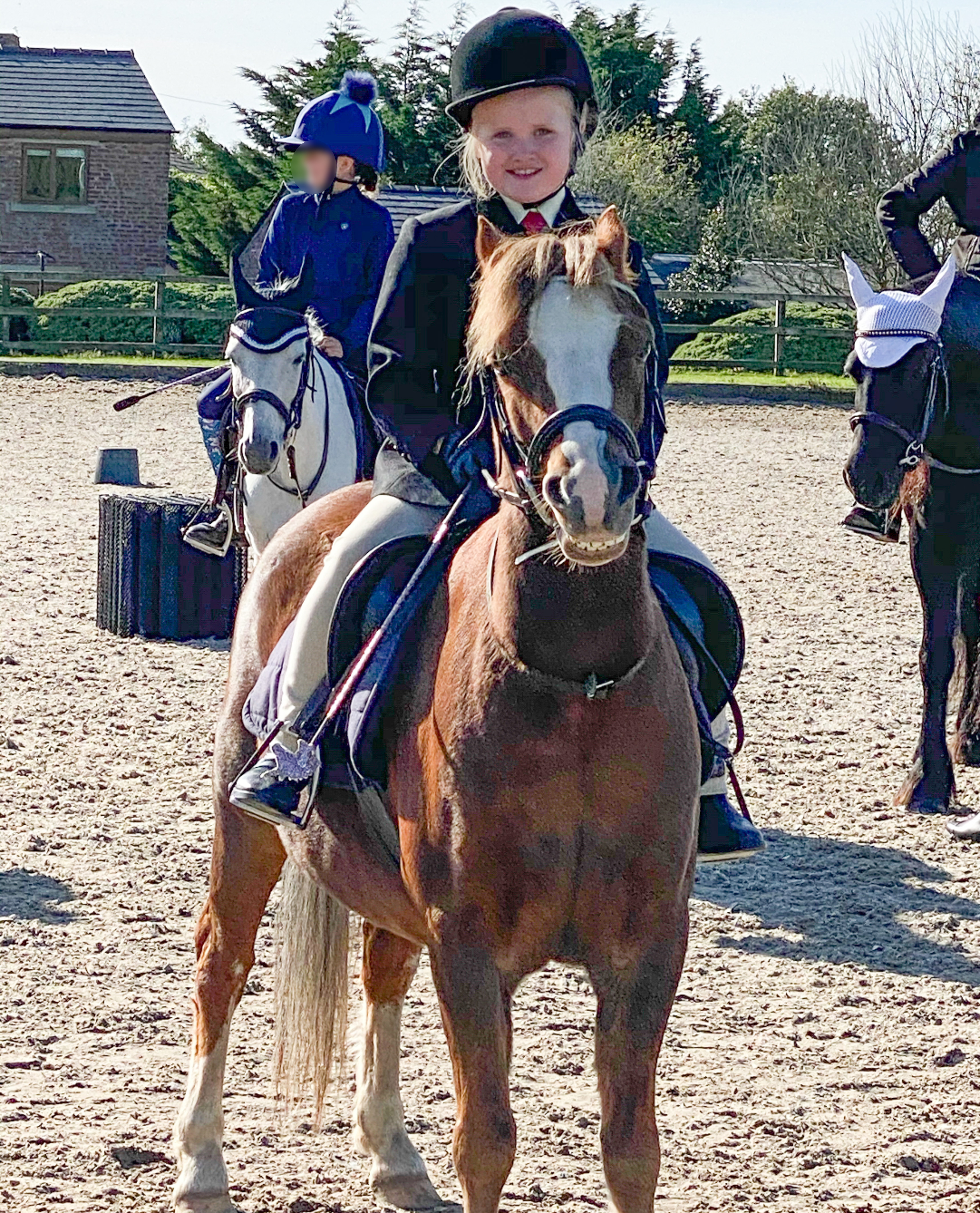 “Then they complain that their children are not doing enough or are lazy millennials, but a strong work ethic has to be taught from the start and that’s why our kids are so successful at such a young age.

“It annoys me when people say they don’t have time to do the same as us because the thing is that if you wanted to do something you would do it.

“I push both children to learn and be the best they can be at whatever it is they are facing."

The girls both work two evenings a week at their parents' trampoline park once they're home from school or nursery – where Sophie and Phil say their get a wonderful work ethic by seeing their parents working hard.

After Crystal comes home from school and Hallie leaves nursery, they join their mum and dad at work until 6pm, where eight-year-old Crystal refills stock and cashes up the tills before being allowed to play – as well as help her sister wipe down surfaces and sweep floors. 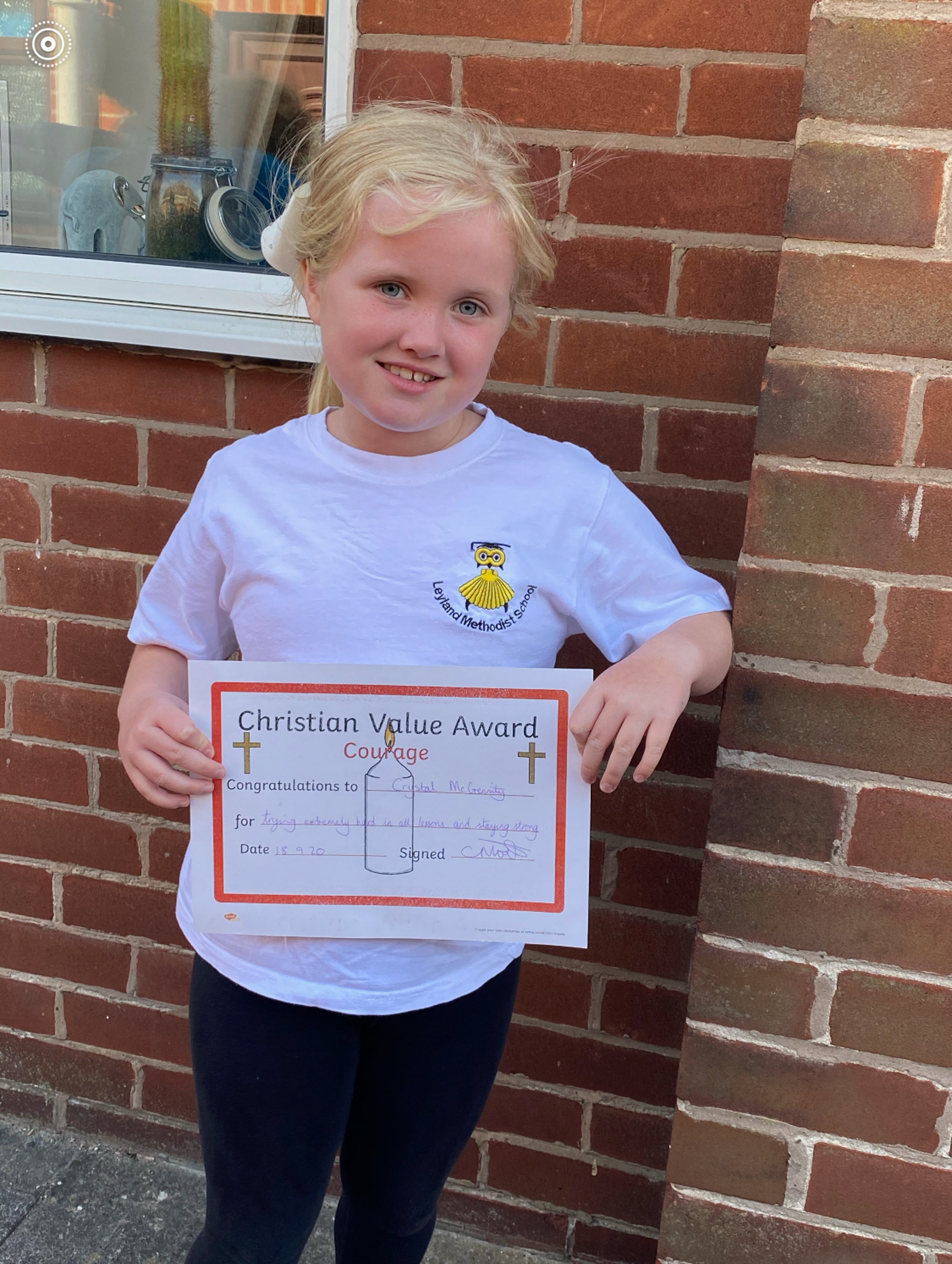 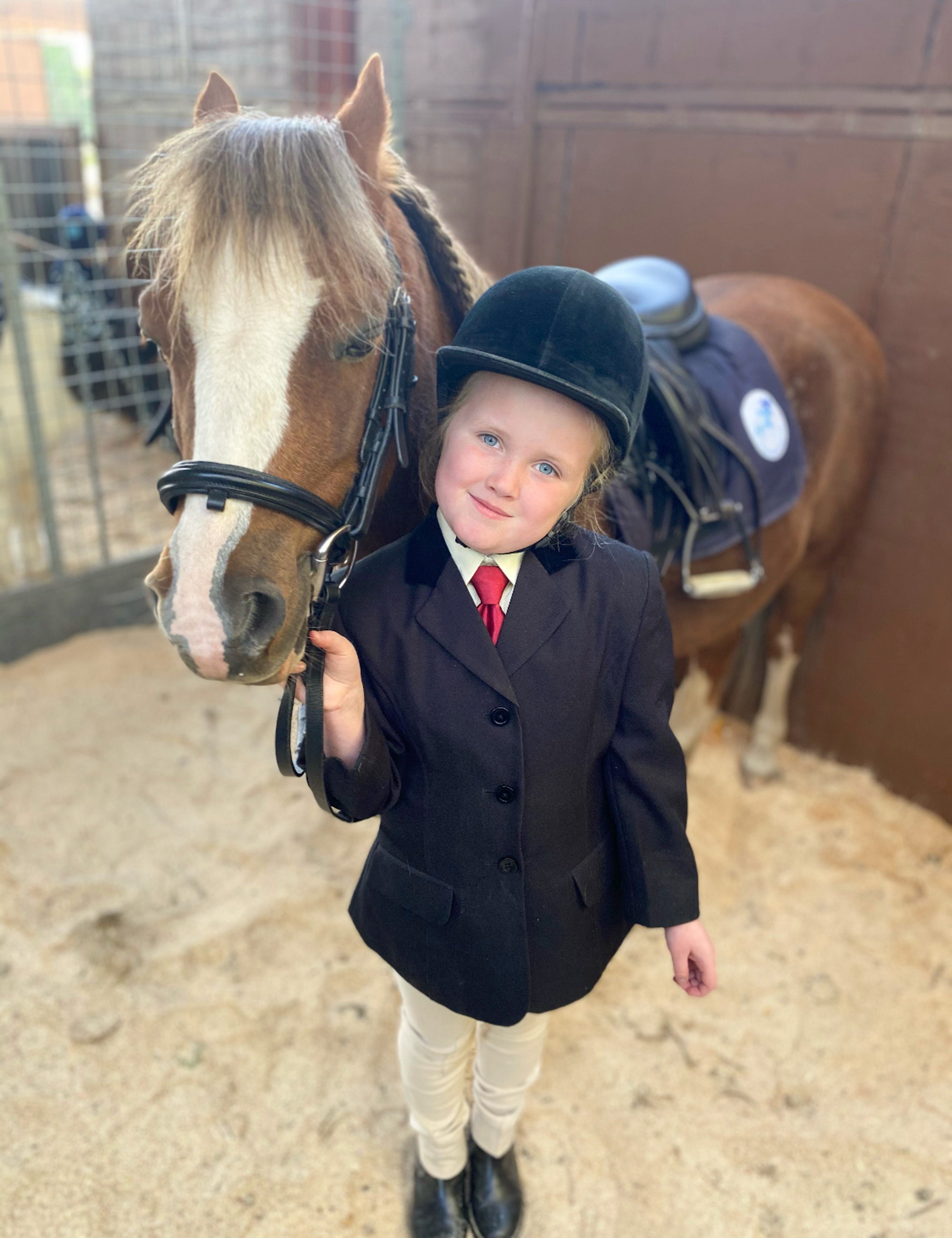 Crystal earns £10 for a full day's work at the trampoline park – which Sophie believes teaches her the value of hard work.

On Wednesday evenings, both girls have swimming and on Thursday and Friday, they have riding lessons and go to Pony Club with their shared pony – which they also feed, clean and muck out every day of the week.

Alongside the clubs, both girls have chores lists to complete at home – alongside extra homework set for them by Sophie. 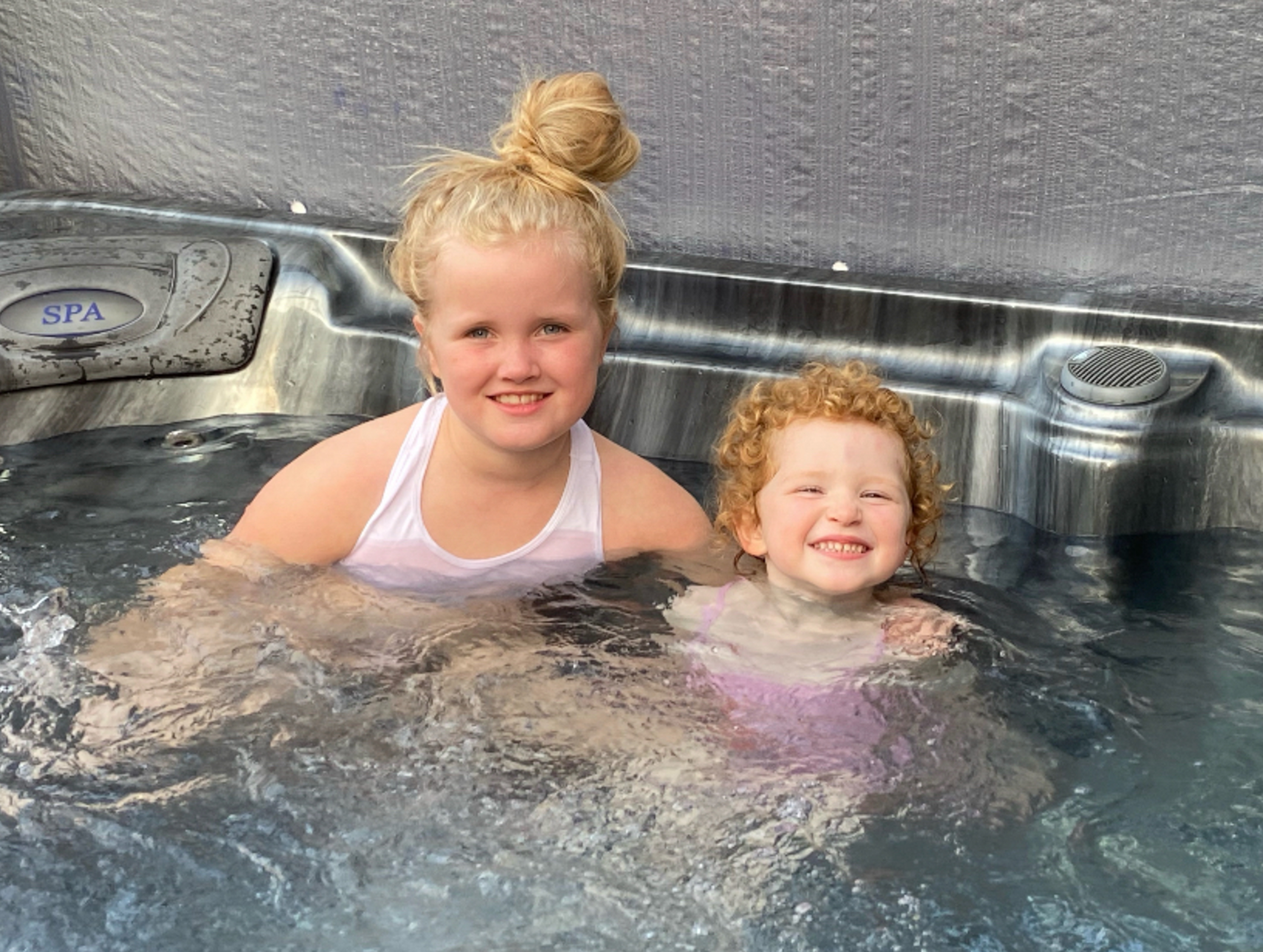 Sophie said: "They both are expected to make their own beds and open their blinds and put any washing into the washing machine.

“Both children are encouraged to help with the dishwasher and tidy the house to keep it nice.

“I ensure Crystal completes all her homework before any free time to ensure she is fully up to date, I am lucky she loves to learn and is definitely a bookworm.

"Hallie is definitely more practical than Crystal was, but Hallie is doing well in nursery and following Crystal's footsteps.” 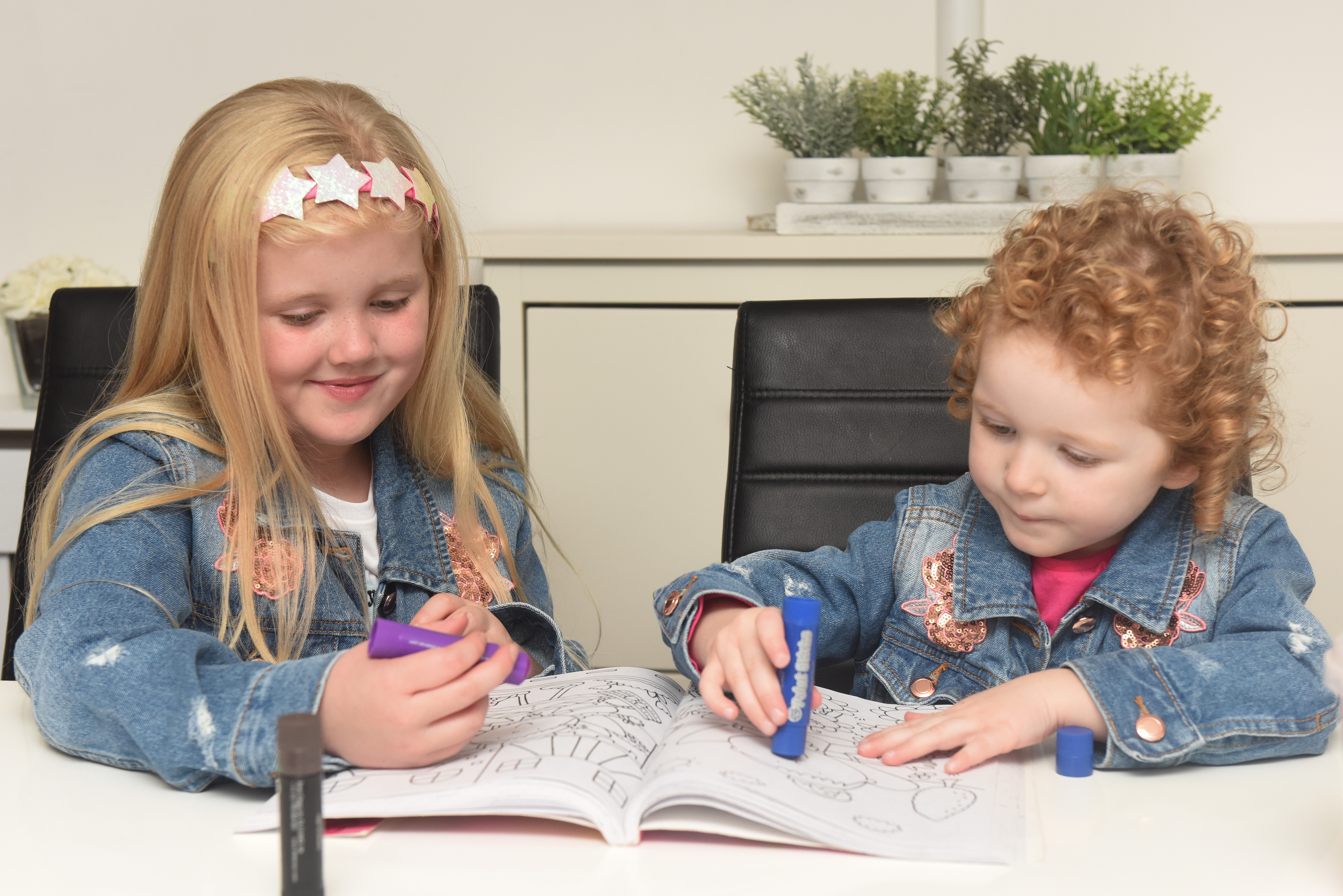 Sophie said: “Crystal gets her homework weekly and now gets extra because she completes it on the day she receives it and then I respond back to school with it, usually the same day.

“Crystal has always been a high achiever in school and excels in most activities she is faced with.

“They are usually tired by the evening, so we don’t have to pester them to go to bed because they go themselves.”

Sophie's biggest pet peeve is kids who sit on games consoles all evening and says parents who allow their kids to sit on fortnight all day are the same parents that call her pushy. 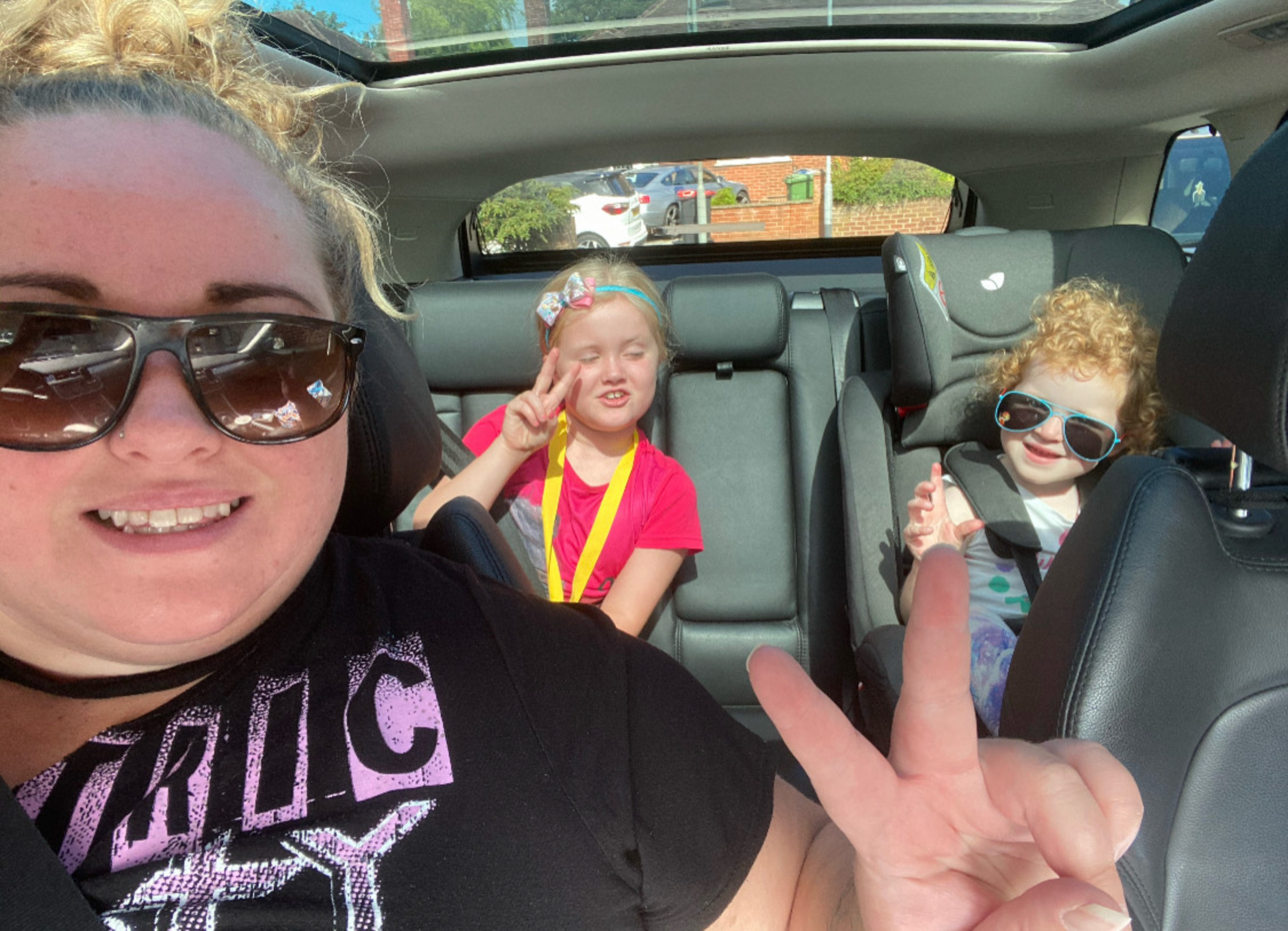 She said: “Don’t get me wrong, the kids play out with their friends but they enjoy planned activities so they don’t need to play video games.

“Lockdown probably makes it worse, kids are likely to be at home turning into vegetables in front of the television.

“My kids get one hour a day on the computer and that’s it.

“It sounds bad to say but I think it’s down to lazy parenting, they can’t be bothered to get involved with their children so it’s easier to let them live in a video game fantasy rather than focussing on reality.

“They are allowed to watch TV and play games, but I limit it to one hour a day as long as their school work is up to date.”

Sophie puts her children's confidence down to the training they have had in working hard to get nice things, and the amount of commitments they keep up with. 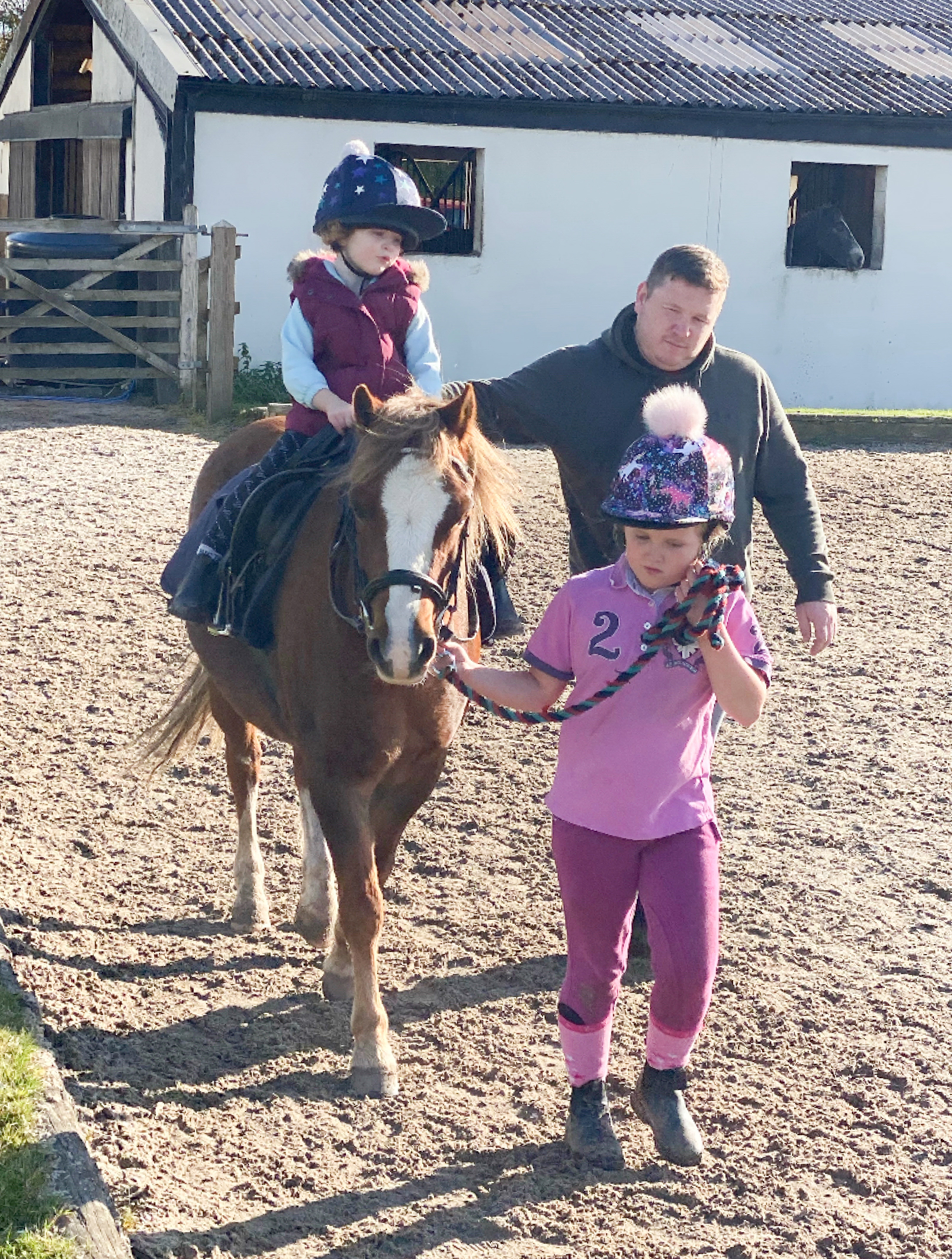 She said: “Hallie will walk into any one of the businesses and automatically find a child to go and play with, she’s been in and around our trampoline park from 6 months old so she hasn't known much else.

“She is part of the furniture and people come and play and ask if Hallie is there for their little ones to play with.

“Crystal will work with the staff teams and will genuinely complete all jobs and tasks as an employee would before she heads off to play.

“I think she sees it as a real-life fantasy because what child doesn’t want to use a till and handle money and serve slush all day to their friends – Crystals friends think she’s the coolest.

Monday – school then help in play area till 6pm

Tuesday – school then help in play area till 6pm / nursery

Wednesday – swimming for both

Saturday- dancing for both then pony lessons

Sunday- pony club and private riding lesson for both

“They are very used to their routine and how things are so they just get on with it all now.

“I would never push them to do anything they are not happy to be doing. A happy child is the key to success, because they excel themselves with little pushing.

"They don’t get spoilt, bribed or convinced, if they keep up with their commitments they are allowed to be rewarded.

“That’s how it was for me and it worked for us, so why can’t it work for my children.

"When you understand the reasons behind being so called 'pushy' I don't get why every parent wouldn't want to be pushy too.

"My kids are the most confident children I know and that makes me so proud because I know that's a result of the hard work they put it, when they walk into a room the own it."

We shared how children with overbearing parents are more likely to struggle both socially and academically, a study claims.

And pushy parents would rather their kids be rich and successful than honest and kind.

WhatsApp on Android: How to stop WhatsApp saving photos on Android phone