A MUM and dad have been slammed for their VERY rude Christmas card that sees them performing a sex act behind their three children.

The risque greeting was shared on Reddit where it has provoked outrage from fellow parents. 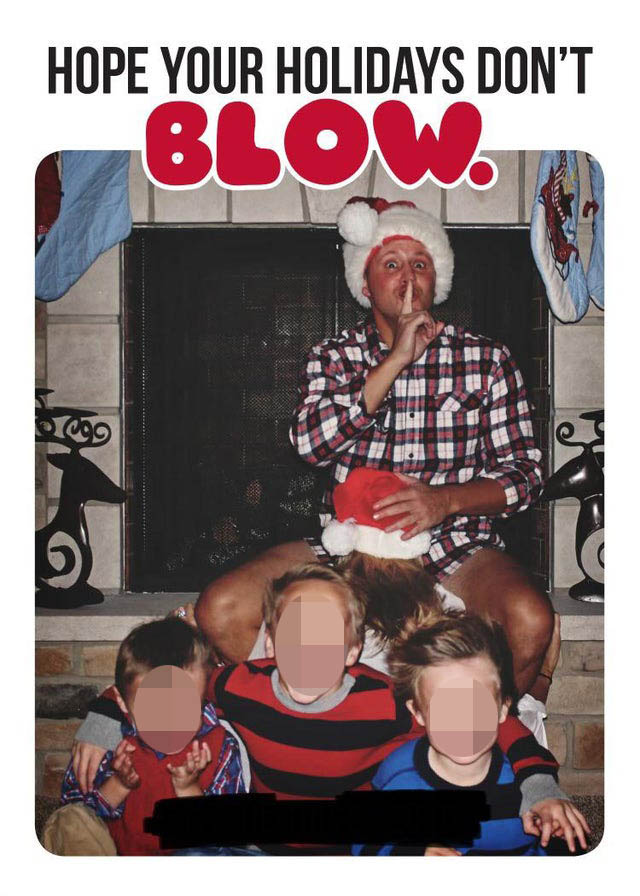 The card features a family photo on the front, but it’s a far cry from the traditional holiday pose.

In the image, the couple’s three children sit at the table, smiling at the camera, but in the background their dad can be sat on a counter-top while their mum performs a sex act on him.

The dad, who is wearing a Santa Claus hat, can be seen doing the ‘hush’ motion with his finger.

The card is printed with the message, “Hope your holidays don’t blow!”

Fellow Redditors were left outraged over the card, blasting the card in the comments.

One wrote: “Why combine family and Christmas and a greeting card with a lame sex joke? The two adults both thought this was a good idea.”

“The next 20 years of therapy will be interesting” added another.

And a third wrote, “I hate when people force their sex life on other people, especially with children involved. How is this funny?”

In other festive fails, this mum created a snowy Elf on the Shelf scene – but her cat mistook it for a litter tray.

Plus this Dad accidentally incinerates family’s Elf On The Shelf after turning on oven where they were hiding.

Why royal ladies will wear pearls at the Queens funeral