Home » People said I should ABORT my disabled baby – he's the best thing ever, he might not have all his limbs but he's amazing

A MUM revealed how she was told she should terminate her pregnancy, after finding out her baby was going to be disabled.

Little Henry Higgs, now 11 months, loves to splash around in the bath and reach out and touch his toys. 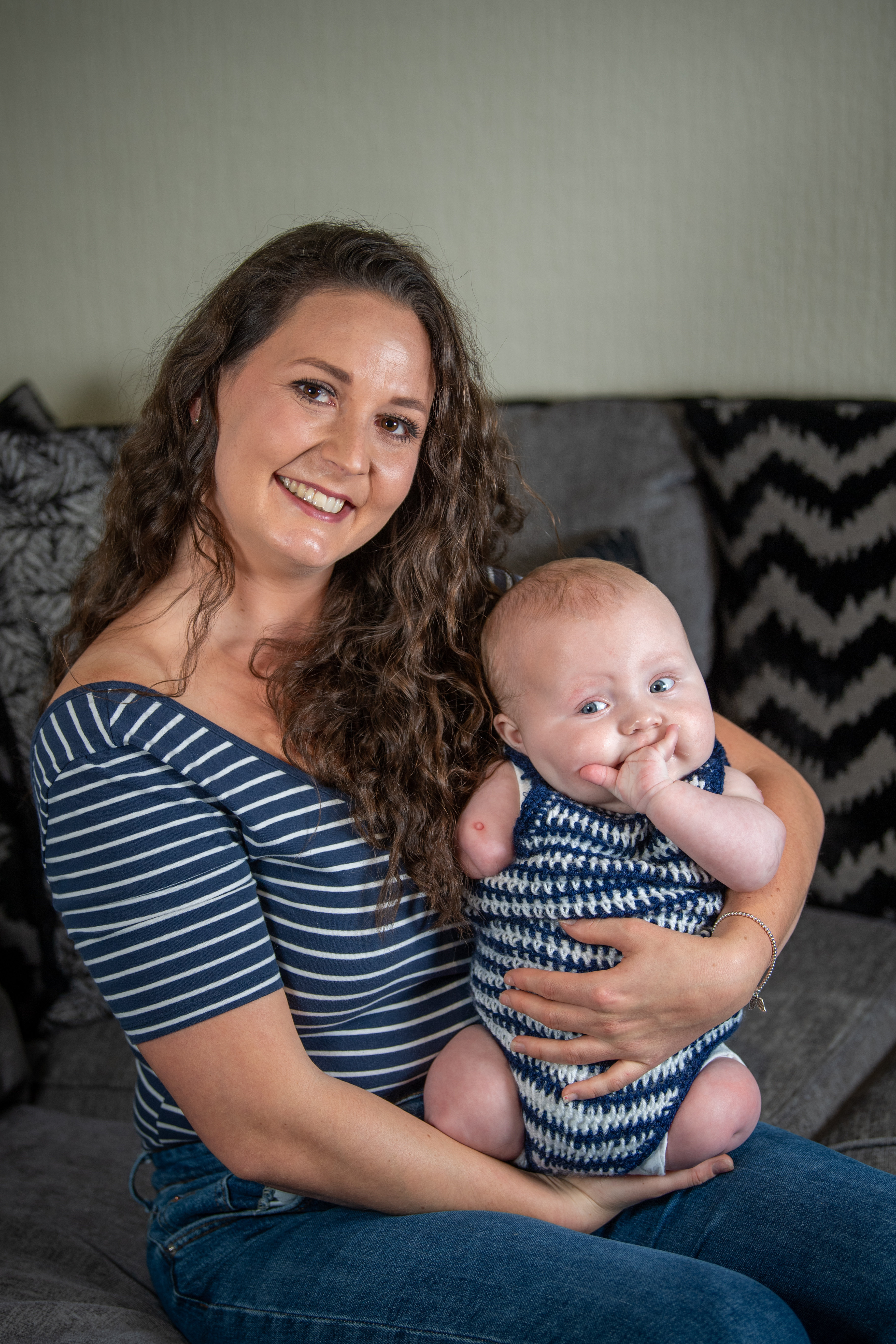 Mum Rosie Higgs, 29, had been told her unborn son might have amniotic band syndrome – a condition which would stop his limbs from growing properly – at her routine 20-week scan.

She said people questioned whether she should terminate the pregnancy – but Rosie insists she had "no doubt" she was going to keep her baby boy.

Little Henry arrived via c-section and had just one arm and with a webbed hand.

Rosie, a special needs school care assistant, from Harrow, London, said: "When I was told my baby would only have one arm – and no legs – I was so worried and upset. 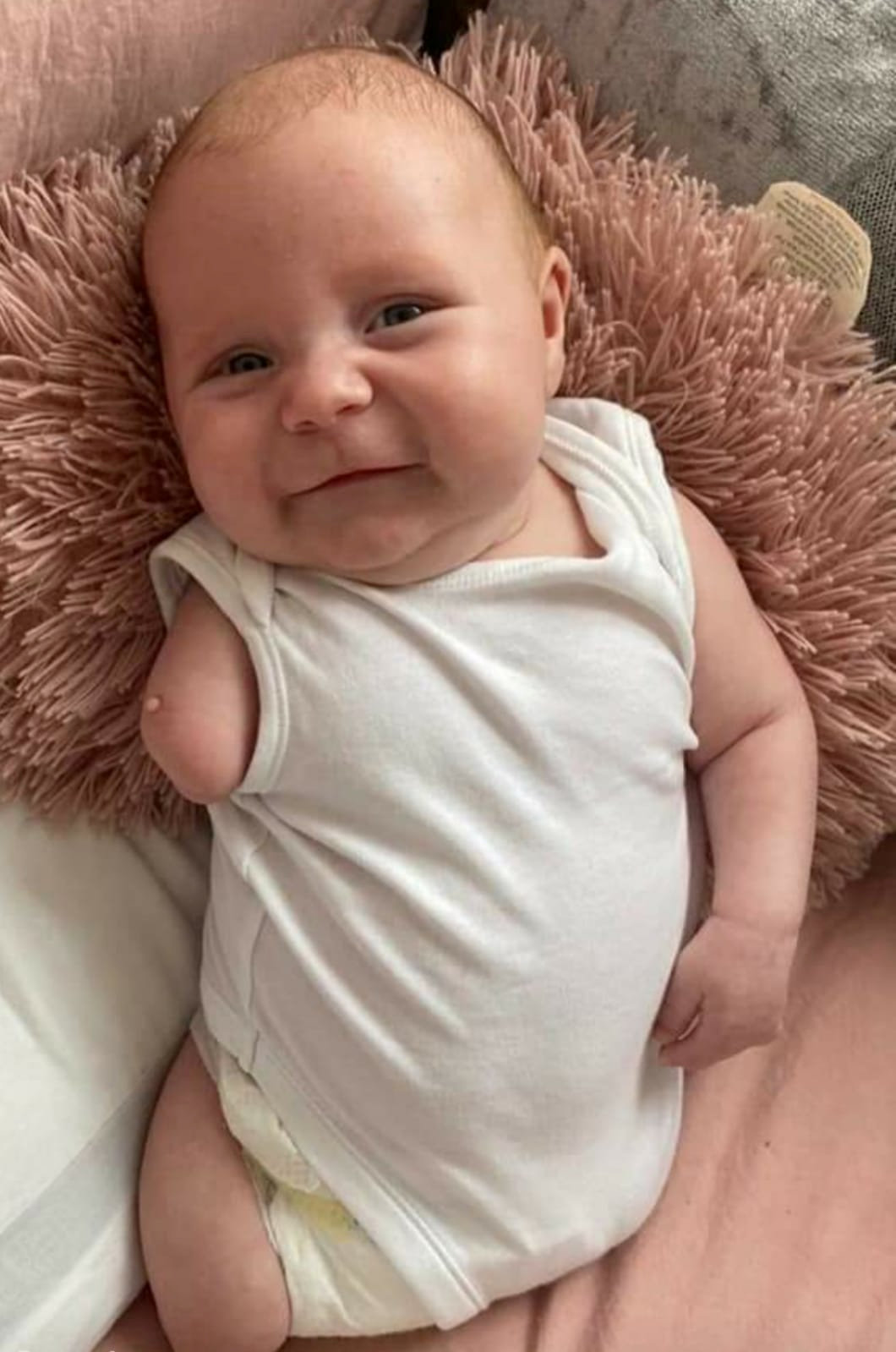 "But there was no doubt in my mind that I was keeping him – no matter what I was advised."

Rosie added: “It was scary at times being pregnant.

"I had scans every four weeks – they kept a close eye because every scan was saying something different.

"When I was at work it was OK because I didn't think too much. But when I had to stop work I was really overthinking things.

"But he is such a happy chap and doesn't let his disability hold him back in any way.

"He’s got a cheeky smile and he’s always laughing. He loves his big sister.

"He might not have all of his arms and legs, but he's absolutely perfect to me."

There was no doubt in my mind that I was keeping him – no matter what I was advised.

Rosie couldn’t have her supportive mum, Paula, 55, and partner Peter, 39 by her side during her scans, due to lockdown

Rosie added: “Not being able to have my mum with me at the birth was heartbreaking, especially as I knew Henry was high risk.

"Luckily the midwives were absolutely incredible.

"I was so stressed throughout my pregnancy and when Henry was born the midwives asked if I wanted to see him straight away because I was nervous.

"Scans can only tell you so much. It was such a build up and a worry when he first came out I didn't know what to expect."

He was born on May 13 at Northwick Park Hospital, Harrow, London, weighing a healthy 8lb 2oz. 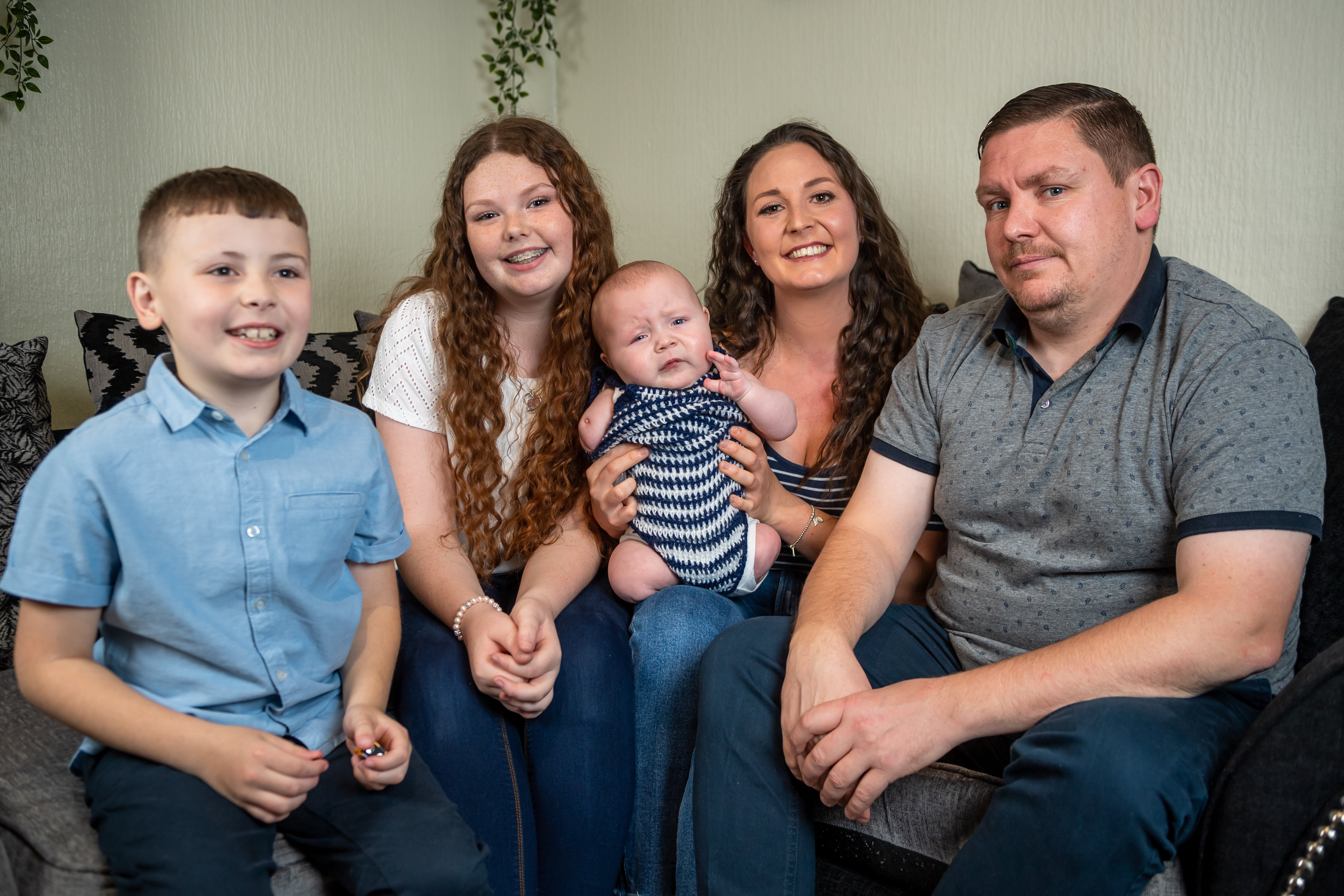 The midwives took Henry to one side and dad Peter, 39, an Emirates facilities and seating supervisor, went over to see him first.

He picked little Henry up and brought him over to Rosie and placed him in her arms.

Rosie said: "As he was passed to me I fell in love."

When Rosie took the tot home to meet his sister, Alice, 13, and brother, Michael, seven, they didn't bat an eyelid at his differences.

"They were fine, they both love him and accept him for who he is."

As he was passed to me I fell in love.

Rosie said: “Michael, my son, is autistic so he doesn’t give Henry as much attention as Alice, but they love him.

"Alice treats him like her own baby – rather than her brother. She loves him so much. She's his second mum."

Grandmother Paula also loves her little grandson and knits clothing for him.

Rosie added: "Clothing is very difficult, you have to roll everything up or it looks ridiculous. Mum likes to crochet and knits so she makes him little outfits.

"She absolutely adores him and said he's amazing, she's not said much about his limbs. Everyone just accepts him for who he is."

Little Henry is hitting all the milestones he should be – he's able to lift objects up, lift his head up and roll over.

Rosie said: "He's able to pick things up without any problems which is really surprising. He's progressing really well.

"He's babbling all the time like he's talking to you. It's like he's replying. He wakes me up in the morning with his babbling. 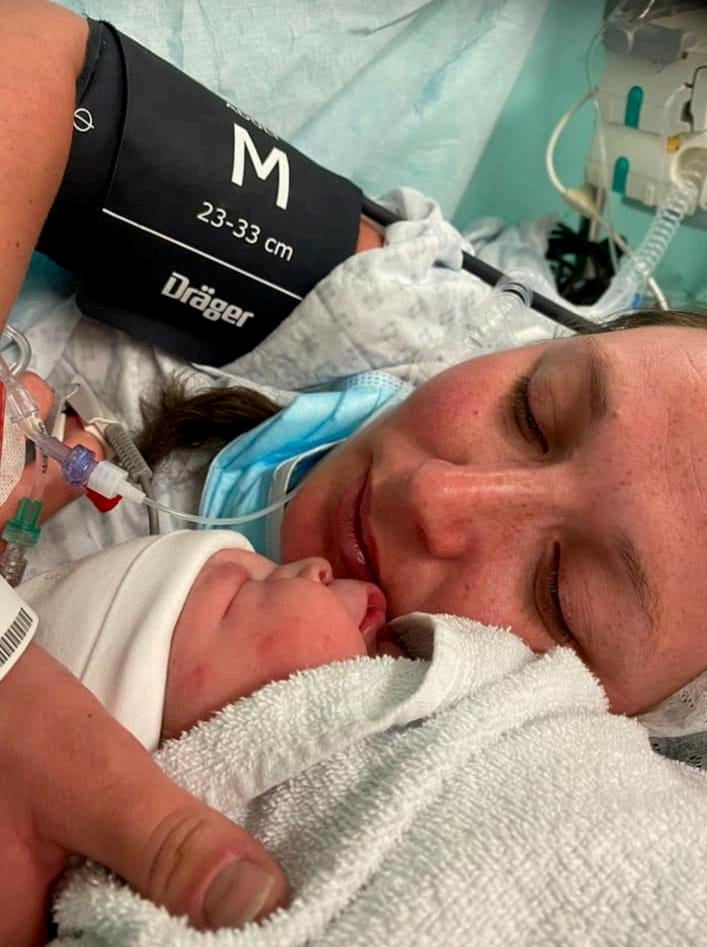 "Henry is happy, he loves sitting up in his highchair, but we have to be careful.

"He's not able to use a babywalker because it wouldn't be safe for him because he doesn't have his bottom limbs."

Henry has also had an operation at Great Ormond Street Hospital, London, to separate his webbed hand.

Rosie said: “Now he can pick things up and eat himself. It has made such a difference with his mobility.

“We are also talking with Stanmore Orthopedics about getting Henry orthopedics in the future which is really positive and will make a huge difference. 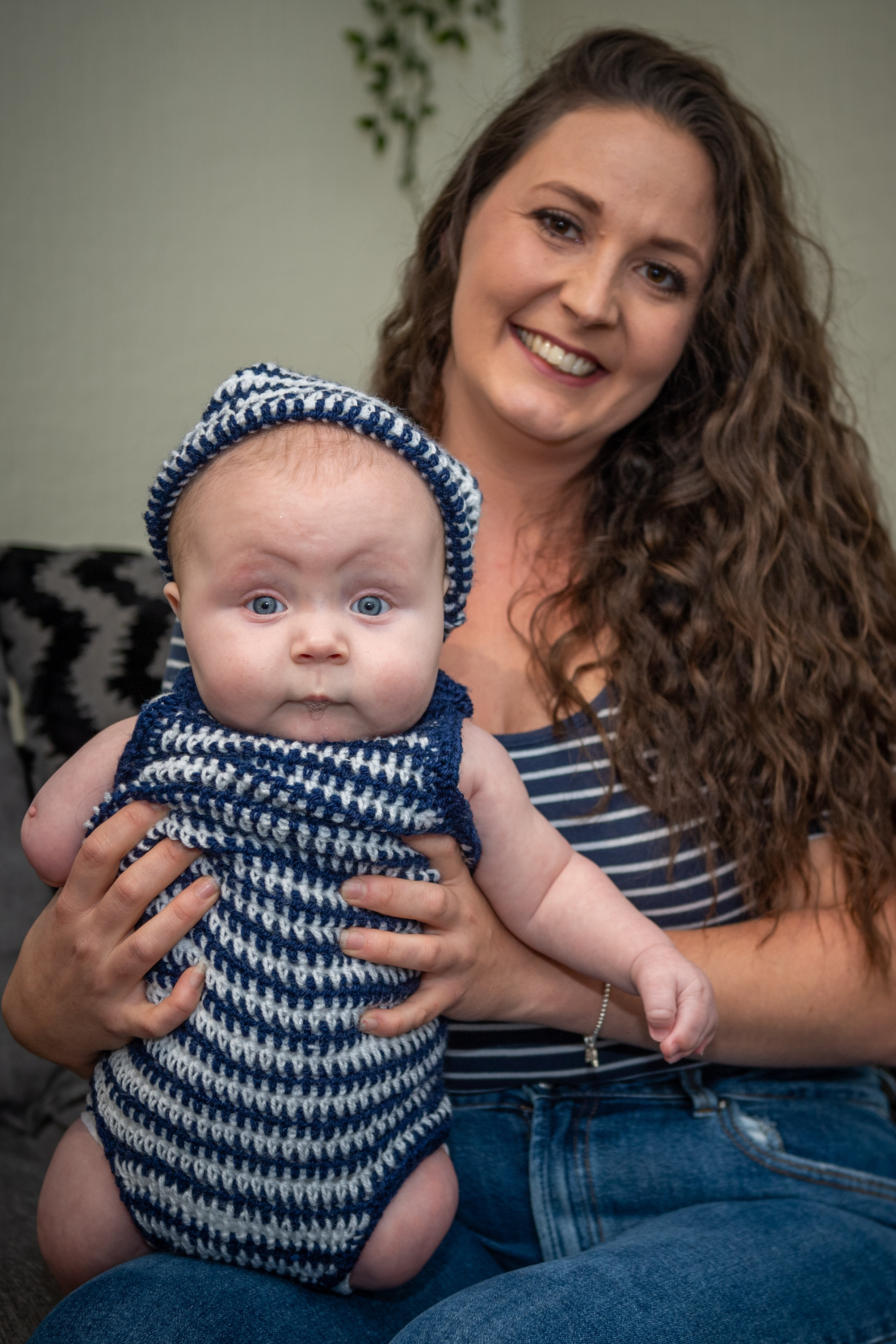 “Henry is progressing so well I don’t have any worries about his future.

“I know he will always be a little bit different but we take it day by day and I know he’ll be able to cope with any future challenges.”

Since Henry’s birth, Rosie has received support from Reach – a charity which helps children with upper limb differences.

She said: “Thanks to the charity I’ve been in contact with loads of parents in similar positions.

“They've been amazing. They’ve really helped me get through it.

"The house is something that we're going to have to adapt as he gets older because it's not suitable the way it is at the moment. That is a bit of a worry.

Meanwhile, this mum was offered 10 abortions before giving birth to a lovely girl.

And this mum posed a tricky question – should she get an abortion without telling her husband?

Pupils can get a GCSE in French, German or Spanish WITHOUT being able to speak the language after missing school

Riot police use teargas against protesters in Paris

Make vermouth the star in these cocktail recipes – The Denver Post