Home » Fashion » People say I’m ‘slow’ because I accidentally got the wrong star sign tattooed – I had the last laugh, now it looks great

MOST people who get tattoos consider carefully what design to have before hitting the studio.

However, one woman was left red-faced after accidentally having an inking of the WRONG star sign. 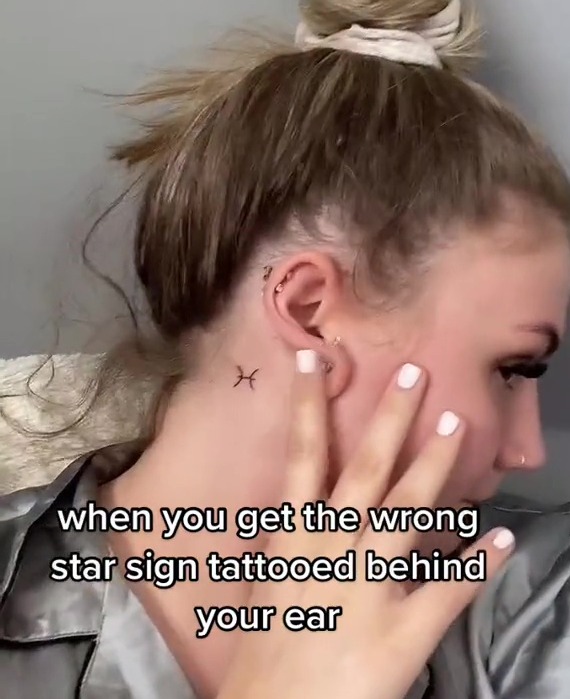 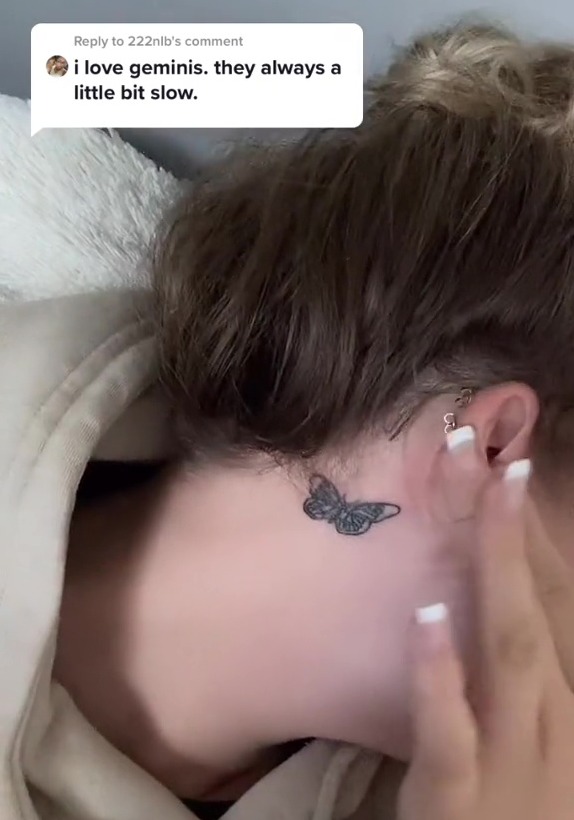 Katie Martin took to TikTok to share a video of her new design, which featured the astrological sign for Pisces.

"When you're actually a Gemini," she wrote alongside the clip, adding in the video itself: "When you get the wrong star sign tattooed behind your ear."

She was quickly inundated with messages from people berating her for the error, one of whom wrote: "As a Gemini I am so disappointed."

"I remember this post saying Geminis, Scorpio and Aquarius are the most intelligent signs," another person wrote. "You. You my friend are an exception."

"This is such a gemini thing to do," a third person commented, to which someone else agreed, writing: "NOO A PISCES GIRL IM SO SORRY. Geminis are my favourite that’s such a shame."

Katie later returned to TikTok to share another video showcasing the design she'd had to cover up the incorrect inking – a butterfly.

Responding to someone's comment on the original video, which read, "I love Geminis. They always a bit slow."

Alongside Bill Withers' song Lovely Day, Katie wrote, "Finally got it covered!", beaming with delight as she showed off the etching.

"Now let’s not make that mistake again bestie," someone commented on the newer video. 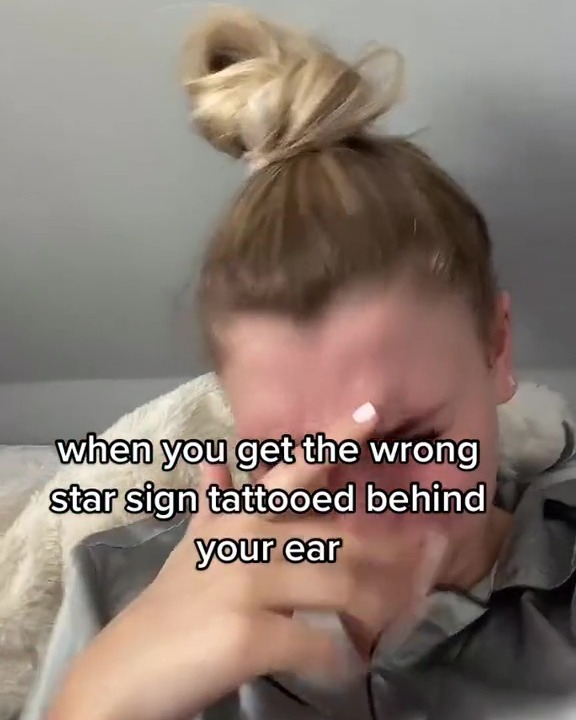 Talking of tattoos, this pair of friends had their tattoo artist crying with the reason they'd decided to get matching inkings.

This man had his wedding date tattooed on himself as a first anniversary gift, but had the WRONG date etched on his arm.

And after a woman shared a picture of a tattoo of rocks on her leg, everyone was thinking the same thing.