IT is a frustrating fact of life that hair ties are impossible to keep hold of. Which is why Primark is the place to stock up on cheap bands.

But one Welsh mother has got us thinking twice about bulk buying the bargain accessories after her daughter's hair was died GREEN by a £1 bobble. 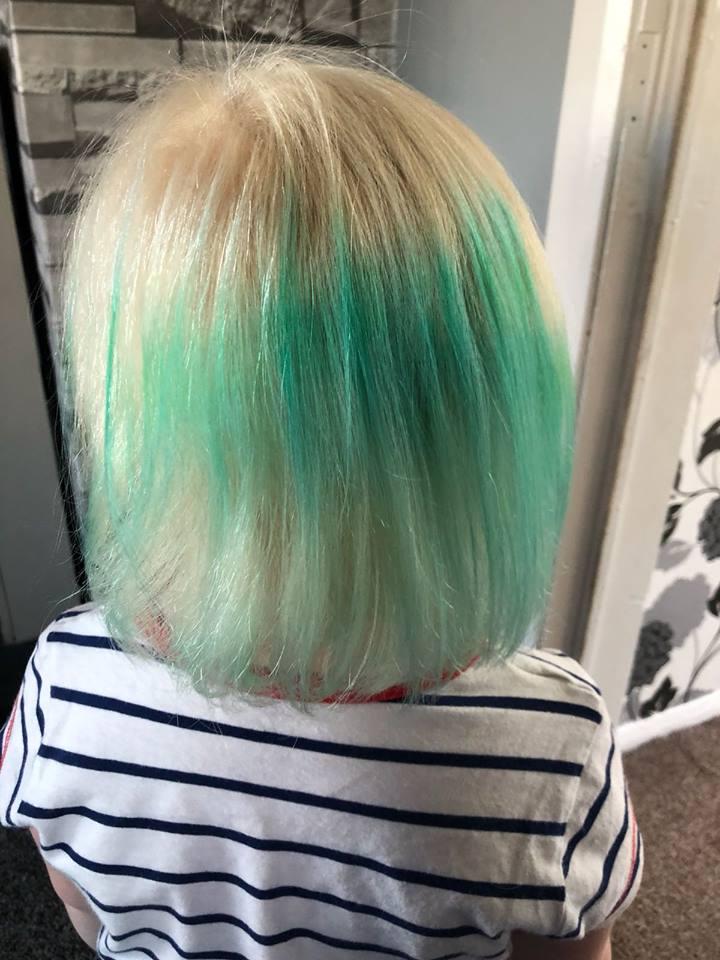 Speaking to the Daily Post, Lowri Jones took her four-year-old daughter Celyn out for a swim and used the Primark band to keep her blonde hair out of her face.

But about "20 minutes later", the mother-of-five "started to notice her hair was turning green" in the pool.

Like any parent, Lowri immediately removed the hair band and thought that would be the end of it.

Unfortunately, this only seemed to make matters worse. 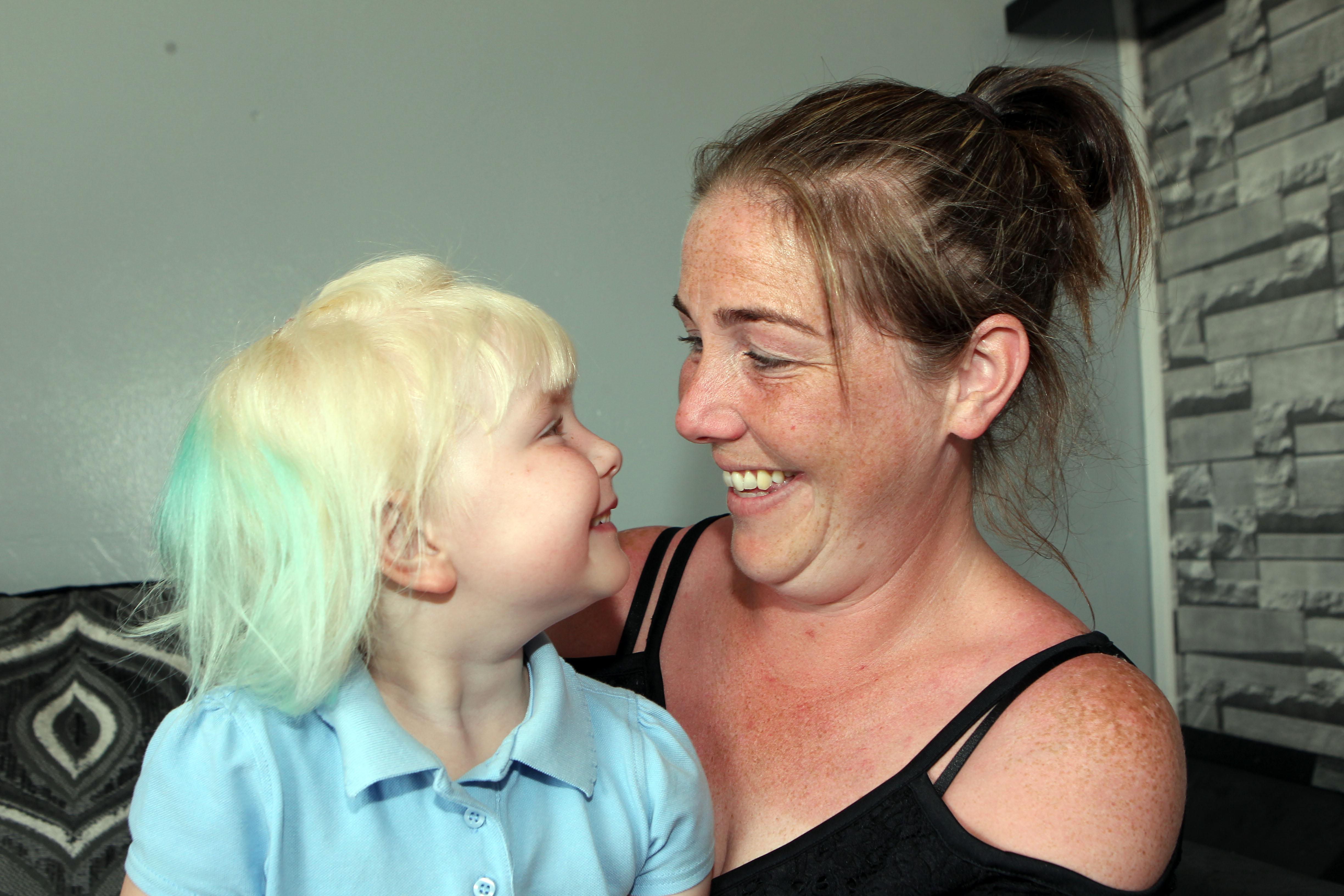 The 33-year-old mum said: "I took the bobble out and the green dye just spread throughout her hair."

Trying not to panic, the mother originally thought "the water in the paddling pool would wash it out."

Unfortunately for the mother-daughter duo, the green tinge refused to budge and has spread downwards from where the band originally sat.

As the green is "all around the middle of her head", a trip to the hairdressers can't even fix what Lowri described as a "total mess". 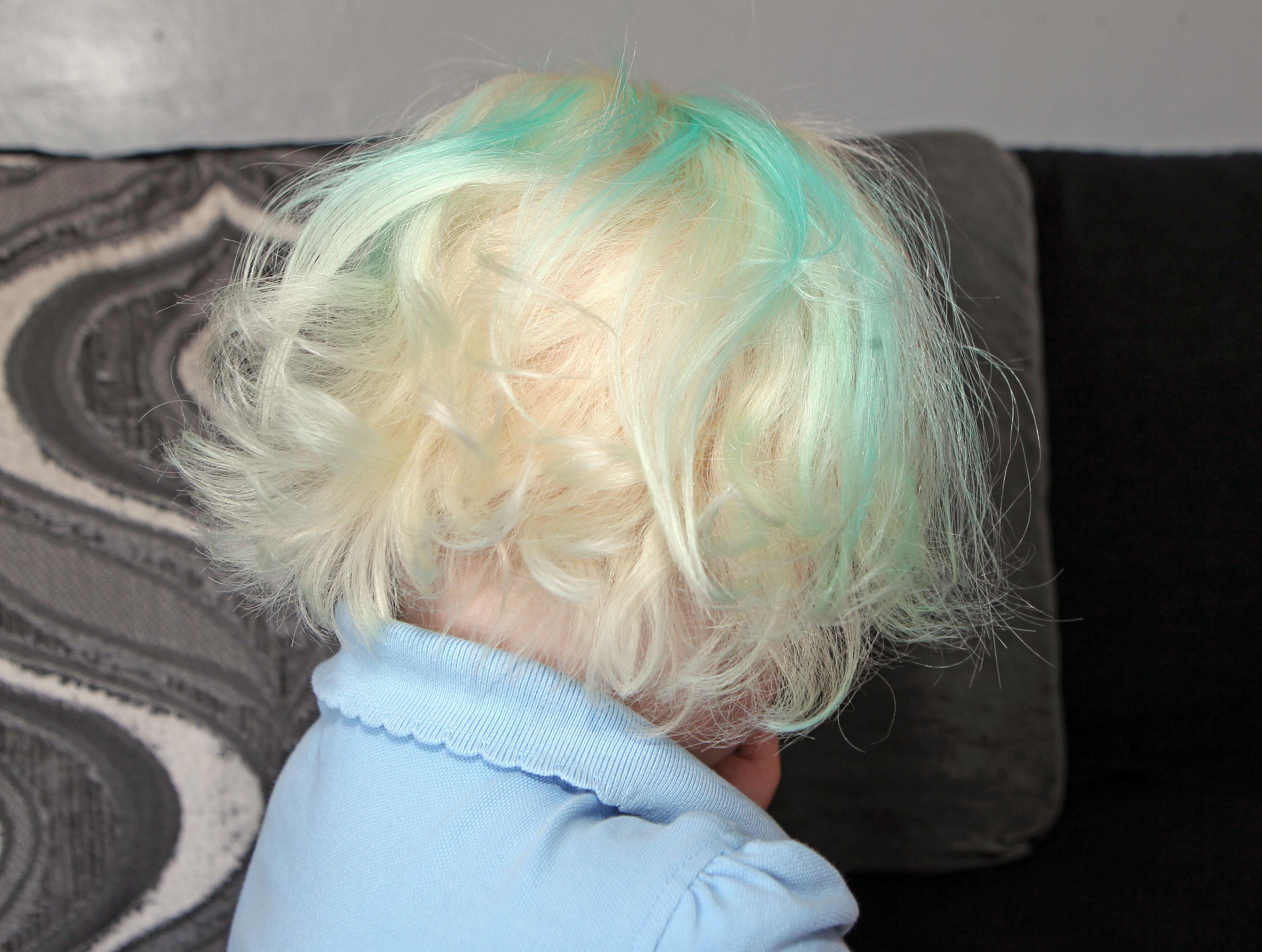 Desperate to get rid of the green tinge, Lowri has been washing her daughter's hair on a daily basis and even tried rinsing it with Fairy liquid.

Luckily, Celyn is said to be "loving" her bold new look and is happily still attending school despite her mother's concern. 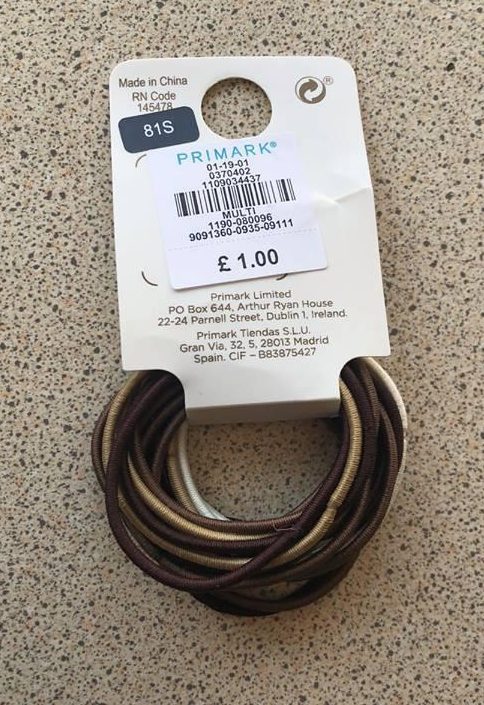 Celyn's father Stephen has made an official compliant to Primark and has been asked to send the remaining hair ties for testing.

A Primark spokesperson has said "the quality of our products is extremely important to us" and they "will investigate this complaint."

For even more real life parenting mishaps, this mum has shared horrific photos of the burns her four-year-old daughter got from sitting on a slide in hot weather.

A mum applied a full face of make-up during childbirth because she wanted to look perfect in pictures.

And this Dad caught his male beauty blogger son in the middle of filming a make-up tutorial… and his reaction is priceless.

Harrowing abortion laws where 1,000 girls under 14 are forced to give birth in a YEAR after being ‘raped by relative’

Supergirl's Azie Tesfai Breaks Down Kelly's 'Uncomfortable' Conversation with Kara: 'There Was a Lot of Crying'