But after tying the knot, the lovebirds now appear to hold hands less – with Prince Harry even appearing to snub her attempts to grab his hand last week. 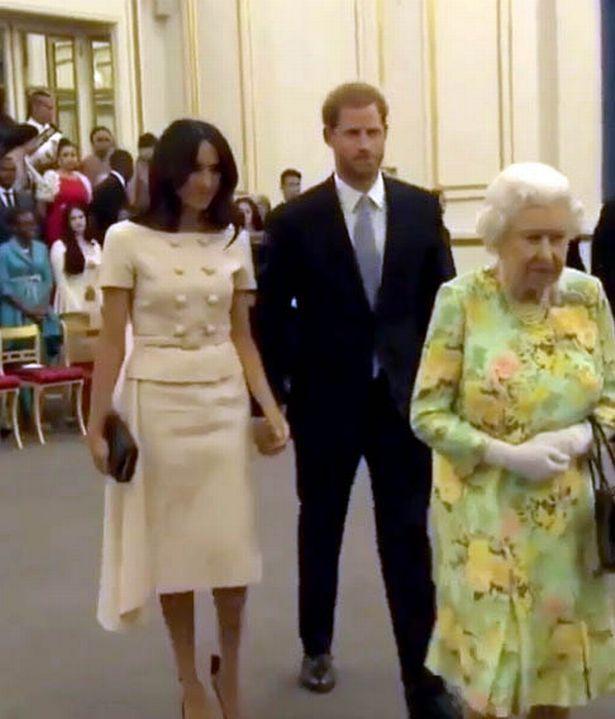 Etiquette expert Myka Meier, who founded Beaumont Etiquette, said that when the royal pair held hands during their engagement, this signified “unity”.

She told People: “While Prince Harry and Meghan holding hands is atypical for royal engagements, it is a seemingly welcomed gesture to show unity and celebration of their engagement period.

“There is no protocol that says they cannot show affection on official engagements, and this gesture makes them relatable and lovable to the public.”

However, now that they are married, they may be holding back due to professionalism. 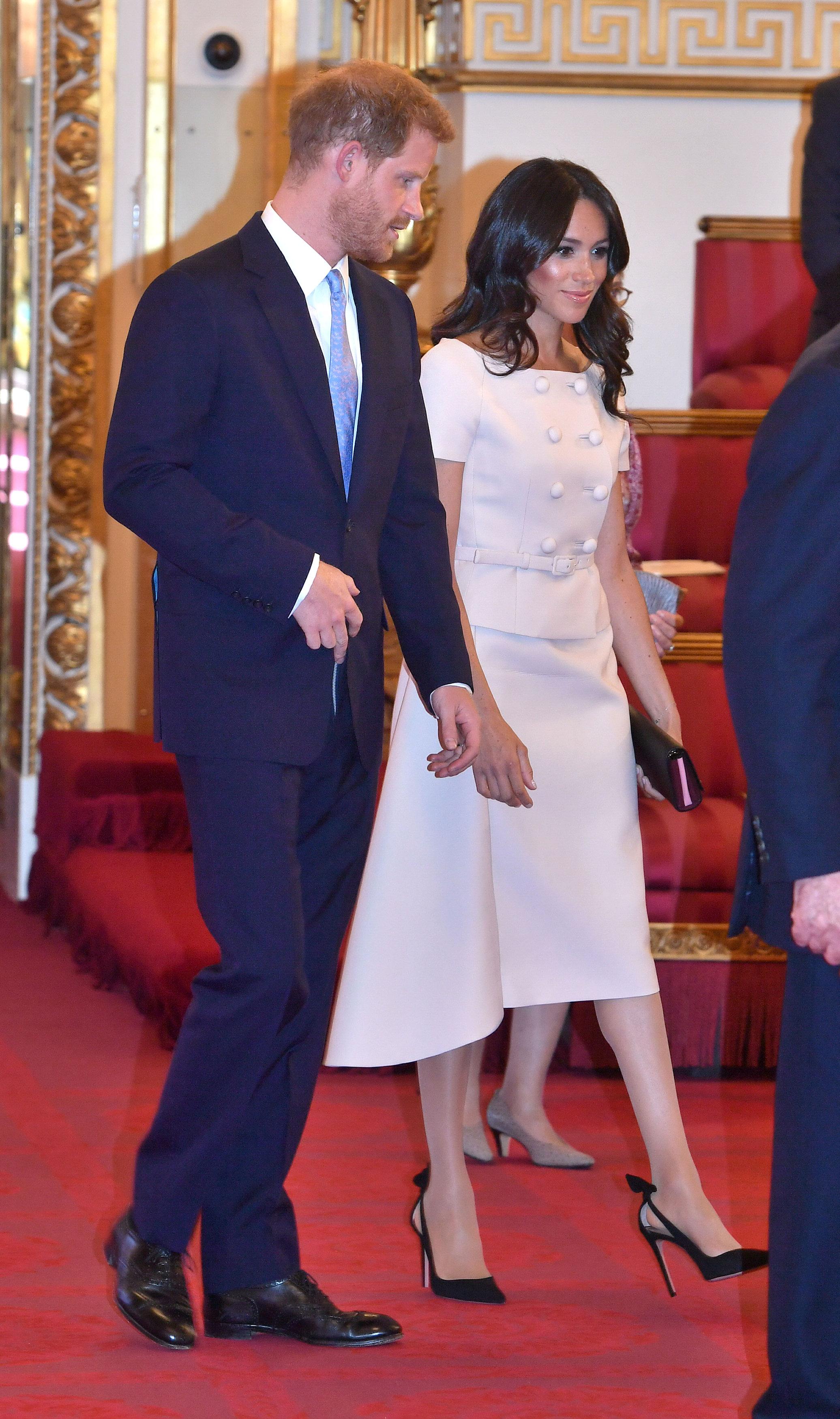 The Duchess of Sussex looked stunning in a Prada belted skirt suitShe added: “It is rare to see royal couples holding hands on official outings.

“A more serious engagement would warrant a more serious level of professionalism, which each royal is sure to follow.”

Meghan was left hanging as Prince Harry appeared to rebuff her attempts to hold his hand last week.

The Duchess of Sussex, 36, moved her hand in her husband’s direction at the Young Leaders Reception at Buckingham Palace – but he quickly clasped his hands away from her.

In the clip, the lovebirds briefly brush hands before Prince Harry moves his hands in front of him.

While it may seem like a snub on Prince Harry’s behalf, he is actually following traditional etiquette. 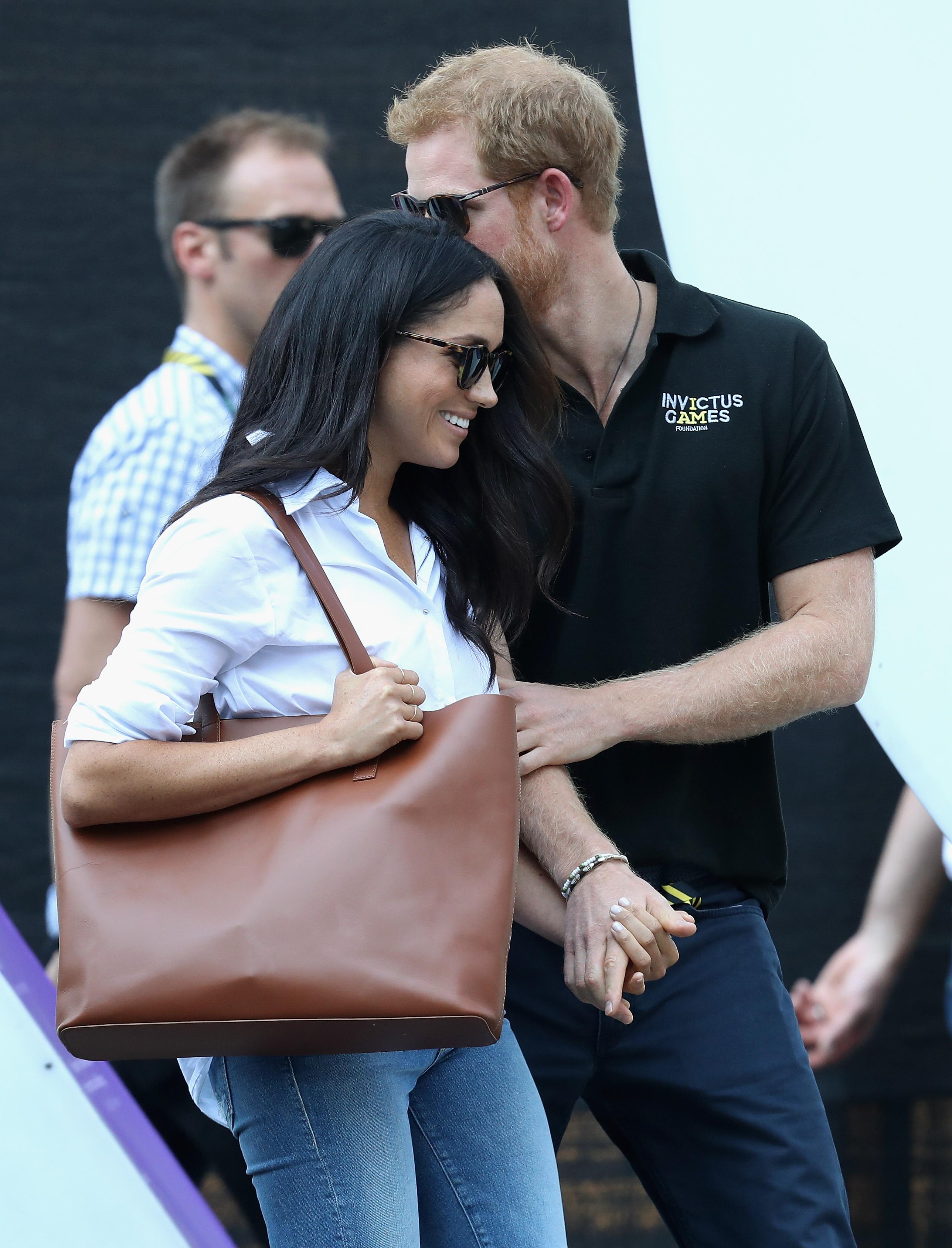 Body language expert Robin Kermode previously told the MailOnline: “The Queen rarely holds hands with her husband in public and this seems to have set an unwritten precedent for the other royals.”

He spoke of Kate Middleton and Prince William avoiding hand-holding, and said: “It is very clear that William and Kate are emotionally close, however, they do not seem to feel the need to prove their love – particularly when on official state business.”

The seemingly awkward moment between Meghan and Prince Harry may have been subconscious, or they could have simply been showing respect for the Queen.

Fans have been quick to jump to Meghan's defence, with one social media user writing "she isn't trying to hold his hand" and another saying "Leave the girl alone".

There have been some exceptions to the hand-holding rule, however, such as a Christmas Day service at Sandringham.

Prince William arrived hand in hand with the Duchess of Cambridge, next to Prince Harry and Meghan Markle.

The former actress also came under fire for crossing her legs in front of the Queen at the bash.

The crossing of the legs is a sitting position that is rarely used by the royals.

'The Office': There's an Alternate Version of This Iconic Jim and Pam Scene and Fans Probably Would Hate It