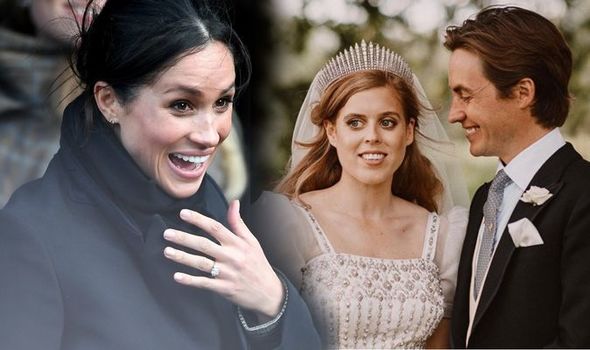 Beatrice’s wedding band is a platinum band set with brilliant cut diamonds. It fits snugly next to Beatrice’s ring from Edo.

Edoardo worked with Shaun Leane to create the wedding ring and the wedding band, which were made from sustainable jewels.

The jewellery said the engagement ring was “a fusion of Victorian and Art Deco designs.”

The band was created “so the two rings sit seamlessly together.”

“I feel honoured to have been a part of their journey and to have been involved in the very special moments of designing and creating the engagement ring and wedding ring.” 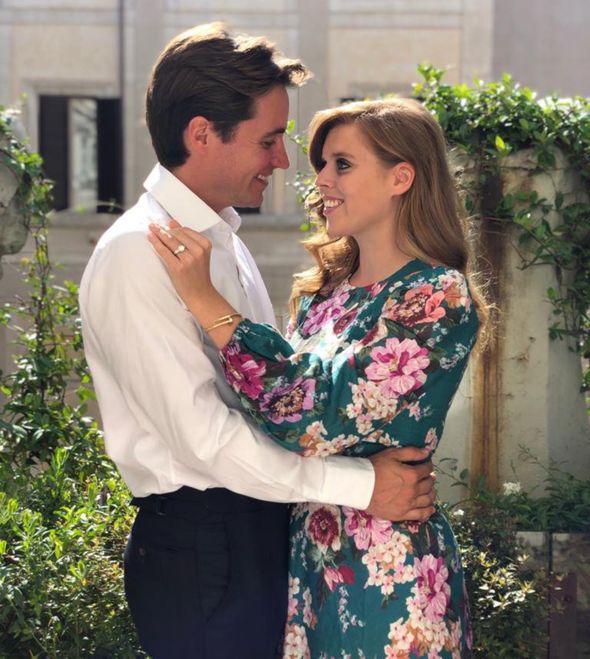 They are crafted to slot around a ring. It is a trend that has been encourage by increasingly large engagement rings.

It gives the overall affect of one singular piece, instead of two.

Beatrice broke with royal tradition in a fairly drastic way by opting for this style. Countless generations of British royal women have had wedding bands crafted from Welsh gold.

Exactly how much are Beatrice’s bespoke rings thought to be worth?

“The large centre stone is of top colour and clarity, Internally Flawless and D colour.

How does this compare to the value of Kate Middleton and Meghan Markle’s engagement ring?

Beatrice’s ring is on a par with the value of Kate Middleton’s sapphire and diamond ring, which was once given to Princess Diana. 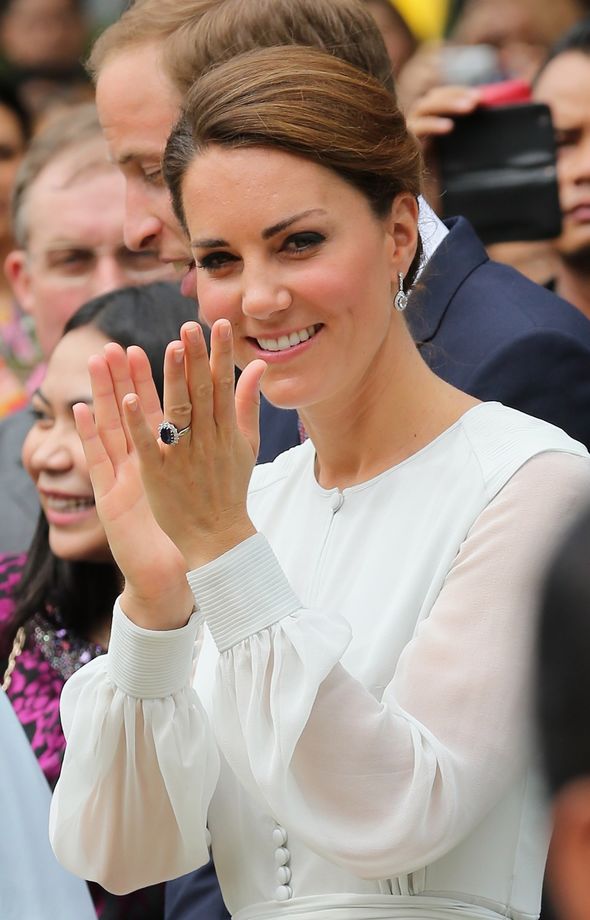 Meghan Markle’s ring was designed by Harry using two of his mother’s diamonds and one large stone from Botswana.

Prince Harry told the BBC at the time: “The ring is obviously yellow gold because that’s (Markle’s) favourite.” 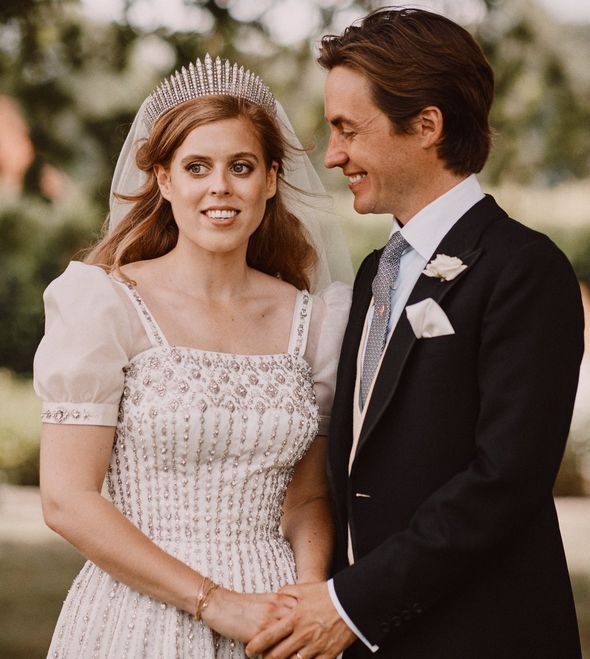 Princess Beatrice and Edo became engaged in September 2019, announcing the news on the 26th.

Princess Eugenie, her younger sister, took the pictures the princess used to announced her pregnancy.

Beatrice’s wedding was initially postponed before the couple decided on a private socially distanced wedding.

Prince Phillip, 99, and the Queen, 94, were the only other guests to be included in any official photographs.

It is not know whether the likes of Kate Middleton and Prince William attended. However, fans did notice a nod to the Duchess of Cambridge on the day. Her shoes were pair of Valentino heels in a champagne hue.

She has worn them a number of times before. Most notably the Princess wore the shoes to Kate Middleton’s wedding to Prince William in 2011.

'Ginny & Georgia': The Lyrics to Hunter's Song 'I Can Barely Breathe' Are Swoon-Worthy