Home » Fashion » Rich List 2021: The Zodiac signs destined for fortune – and it's good news for Libra

THINK your star sign doesn’t affect how wealthy you are? It turns out you may be wrong.

Although there are billionaires all over the zodiac, nearly one in FIVE are Libras. 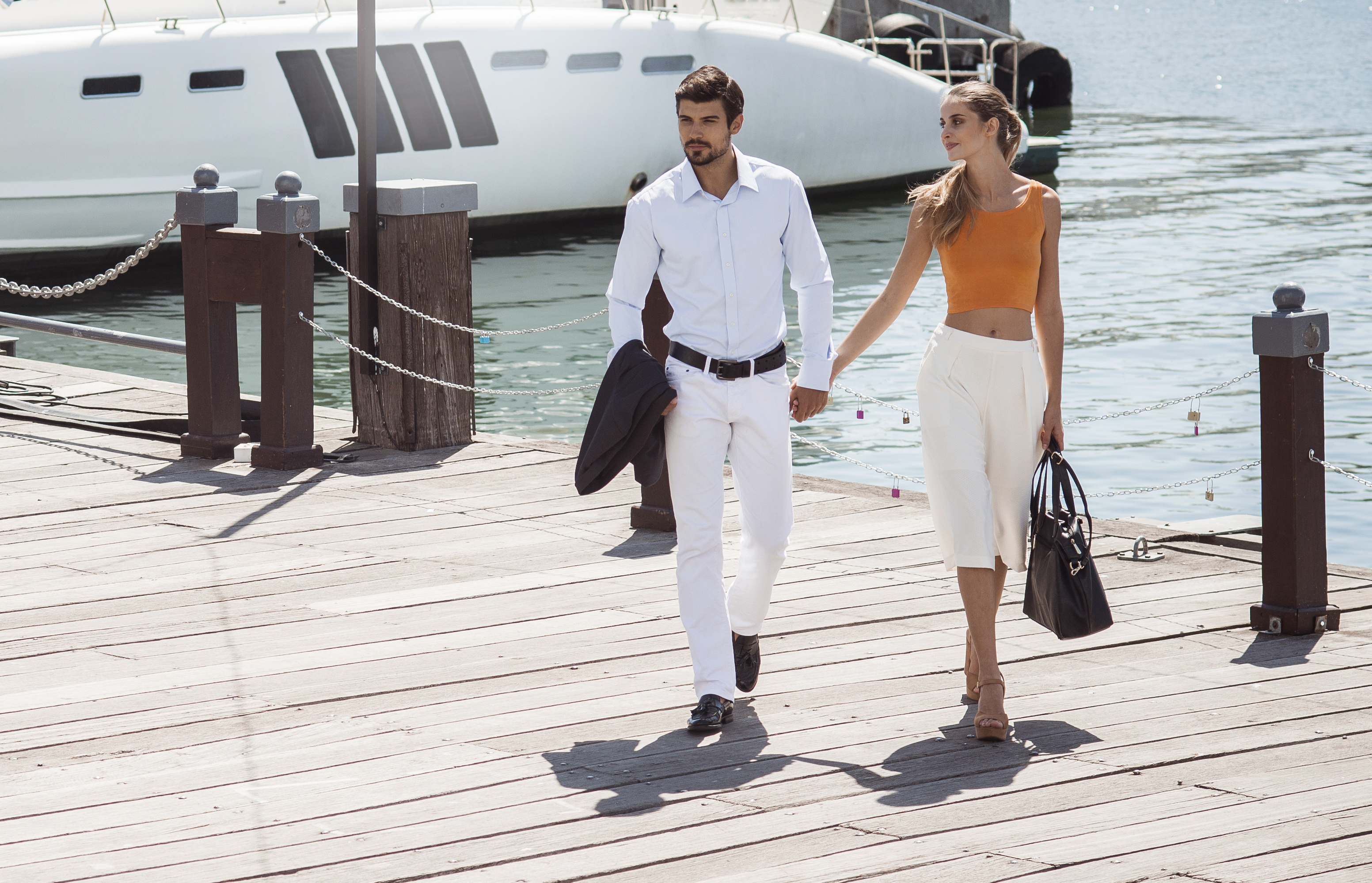 The second most prosperous sign is Aries, which has nine per cent of people in the top 100, such as internet leader Larry Page.

The next best signs are Gemini, Cancer and Capricorn, who are all tied on eight per cent of the top 100.

But it's bad news for entrepreneurial Sagittariuses, as only one person in the top 100 has this sign – Chinese businessman Lei Jun.

The top individual earner on the table was Amazon founder Jeff Bezos, who is a Capricorn, followed by SpaceX founder and Cancerian Elon Musk. 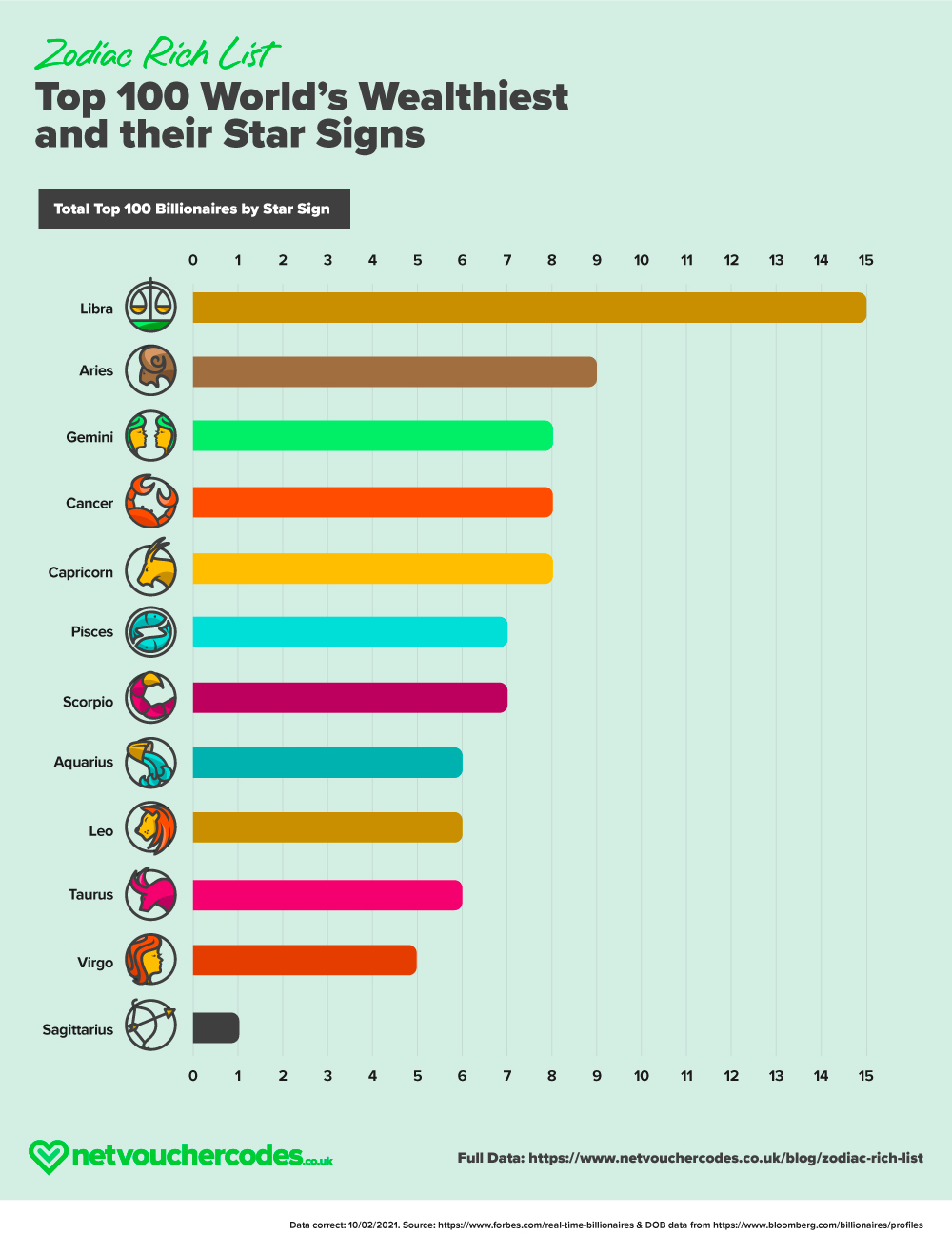 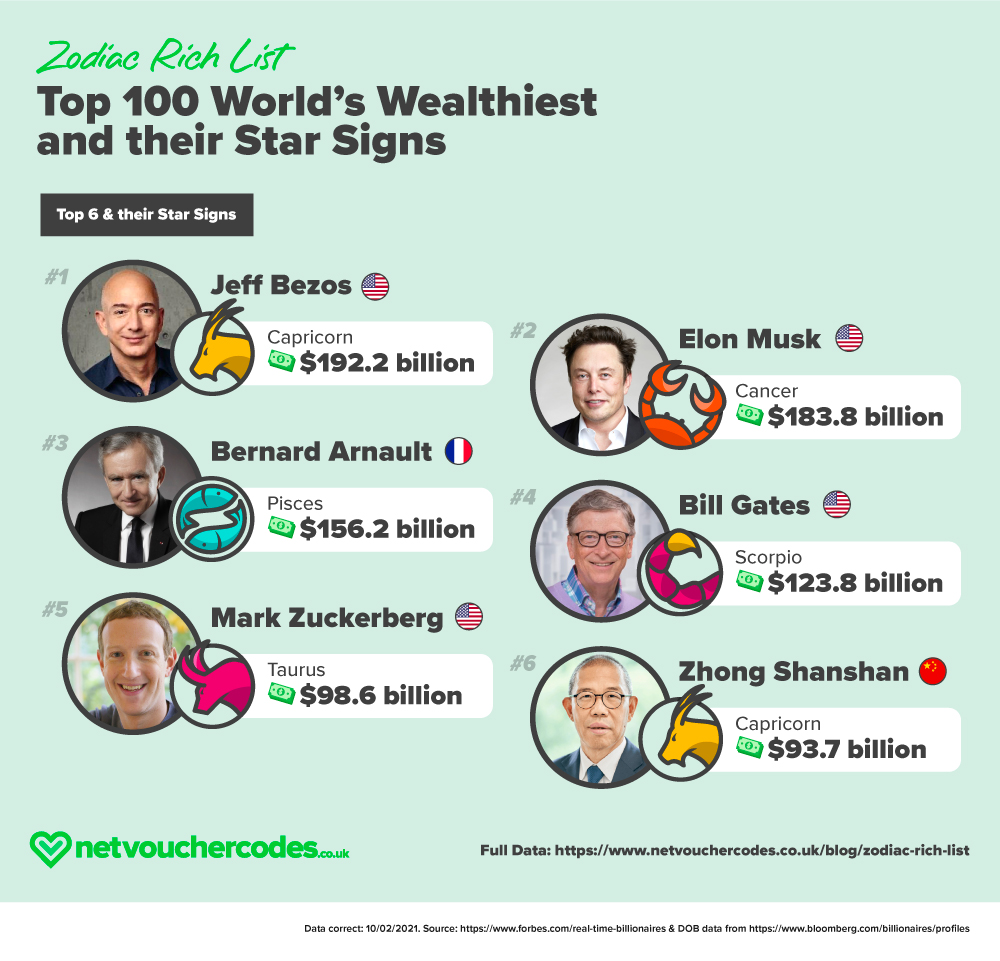 Interestingly, although Libra is the wealthiest overall billionaire sign, not one individual in the top 15 had a birthday during the Libra season.

American heir to the Walmart fortune, Alice Walton is the most prosperous Libra with a cushty net worth of $68.1 billion (£48bn).

Ambition and greed aren’t typically classed as common traits among those born between September 23 and October 22, which is Libra season. 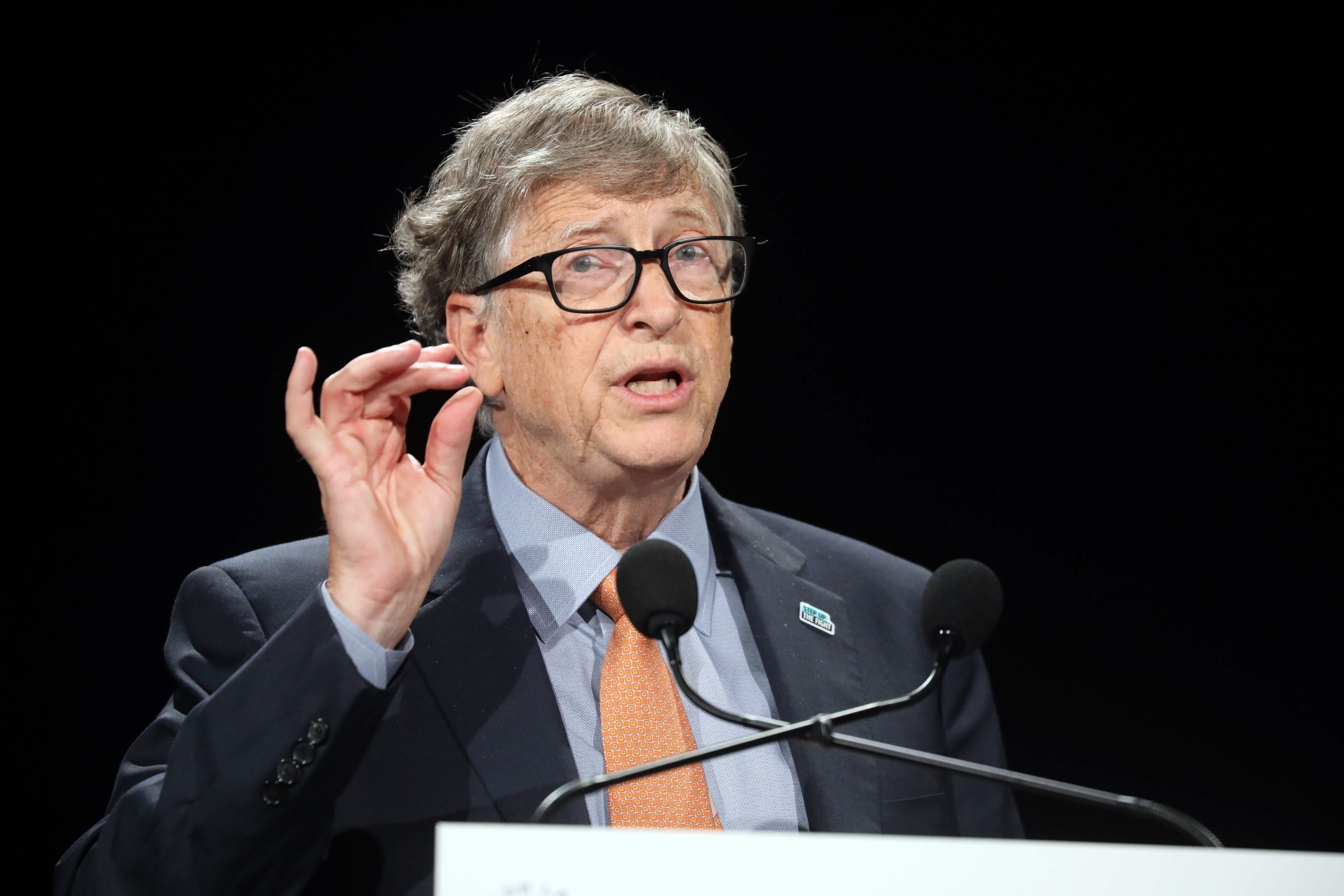 However, they are often described as excellent leaders because they are perceived as diplomatic and outgoing.

The alleged competitive nature of Aries babies might account for their heavy population in the top 100, as they are known for wanting a challenging career and making aggressive investments to reap financial rewards.

The data was found by NetVoucherCodes.co.uk who examined Forbes' Real Time Billionaires list to determine their star signs. 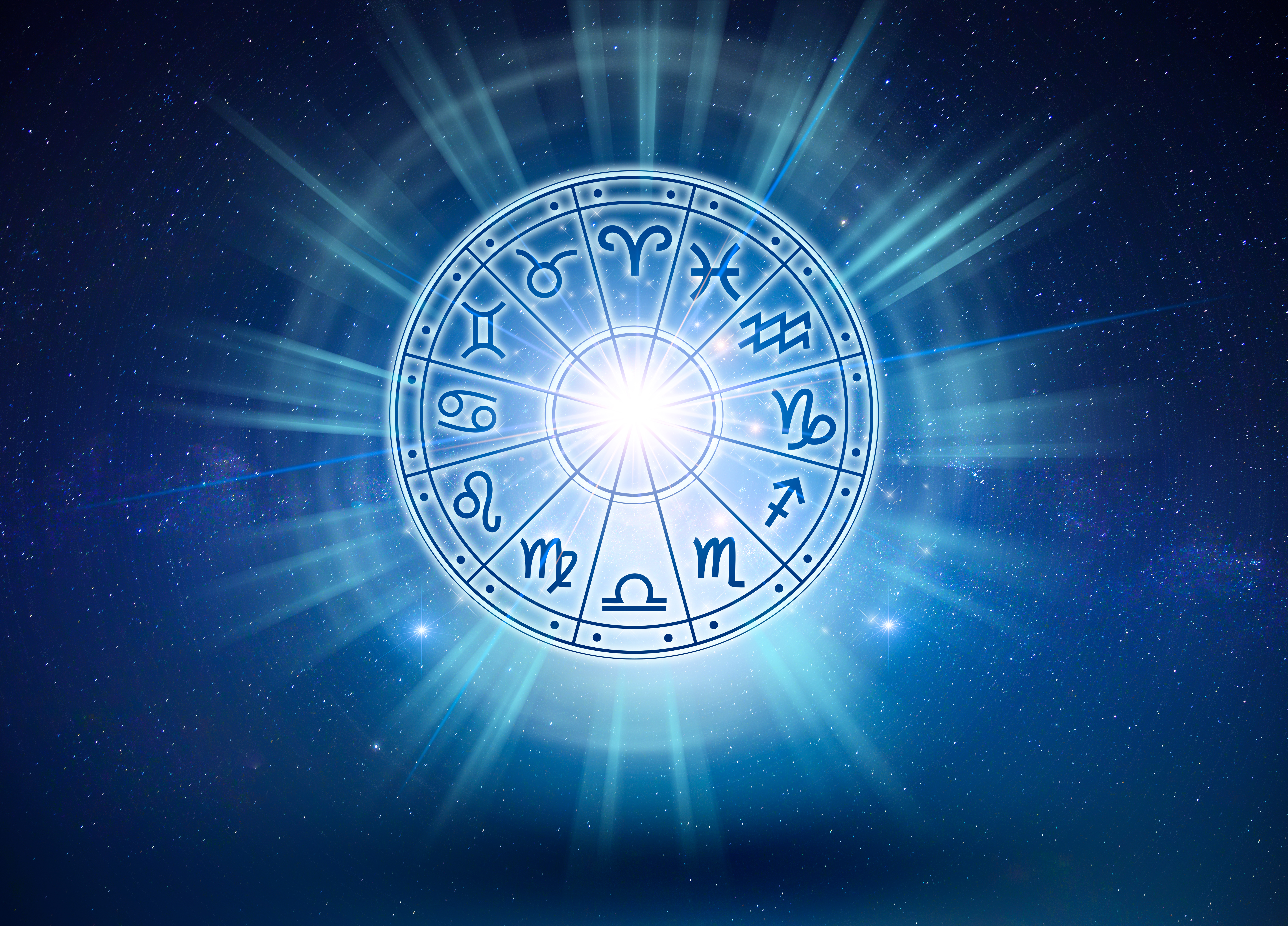 The traditional dates used by Mystic Meg for each sign are below.

A spokesperson for NetVoucherCodes.co.uk said: “When it comes to making money moves, some people are better at keeping the cash in the bank than others.

"No matter what your thoughts towards horoscopes are, some people just seem to know how to make business decisions, savings and investments go further.

“The correlation between birthdays and bucks to your name seems to be quite a strong one, we have seen lots of Libras in the top, closely followed by Aries.

“But it was bad news for hopeful billionaire Sagittarians, despite their generosity and great sense of humour. We love the Sagittarians in our life but perhaps sometimes they make promises they can’t deliver on!”

We shared the star signs which get the most matches on dating apps have been revealed – and it’s good news for Leos.

And these are the signs most likely to be CHEATERS.

Who are Dakota Johnson's parents?