RITA Ora ensured all eyes were on her as she donned a daring Fendi jacket combo with harness heels for Milan Fashion Week.

The 29-year-old English singer is rarely afraid to make a bold statement and stunned at the Palazzo della Civiltà Italiana in Rome on Wednesday in the thigh-skimming ensemble. 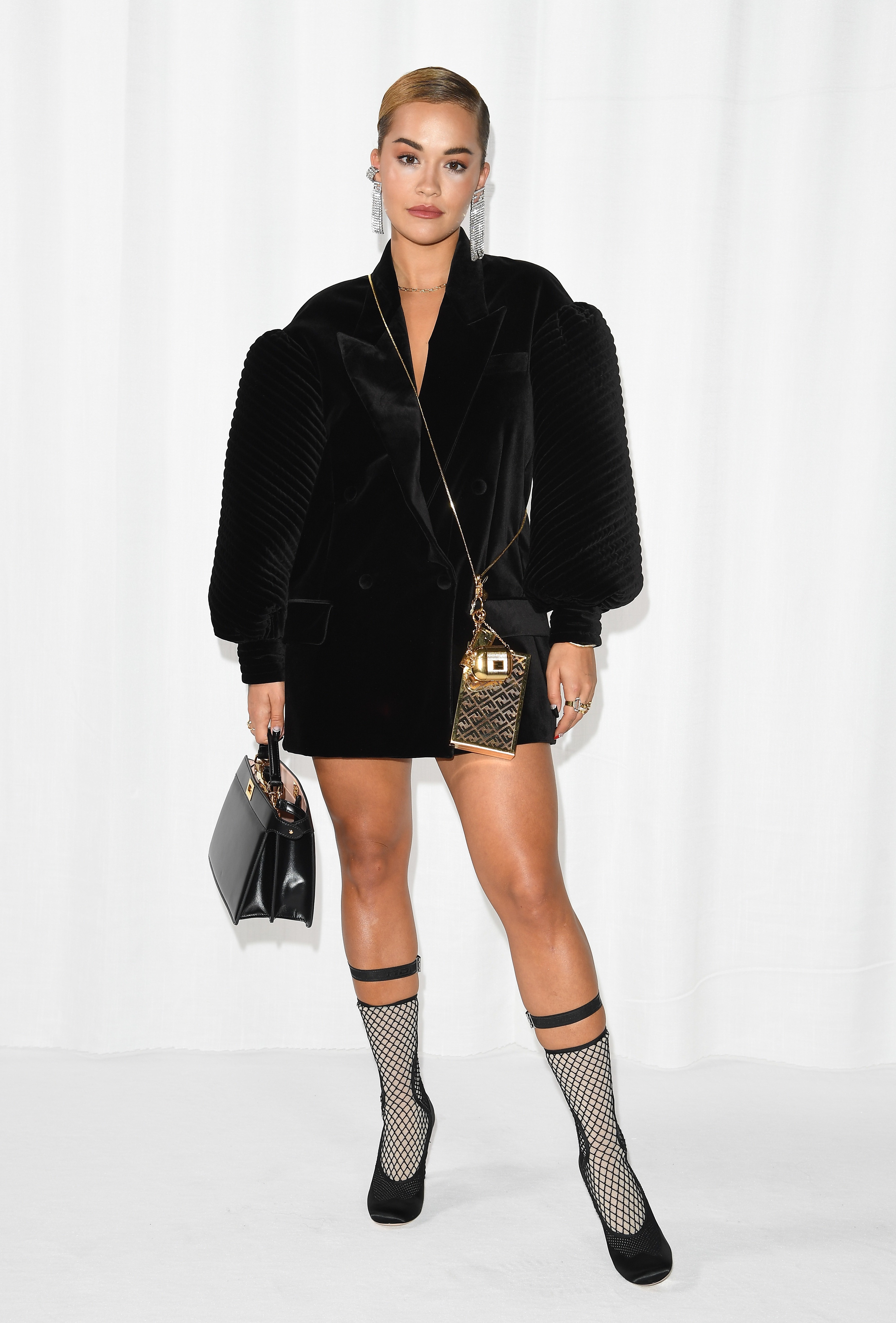 Rita appeared to suffer an awkward fashion mishap, as the velour black blazer seemed to flash her underwear thanks to the slit at the back.

However, the beautiful songwriter confidently strutted her way into the catwalk show in her knee-high fishnets and black heels.

Rita wore her blonde hair pulled back in a bun and accessorised with diamond earrings and sunglasses.

The Ritual songstress joined the likes of Yazmin Le Bon and Ashley Graham at the Fendi show. 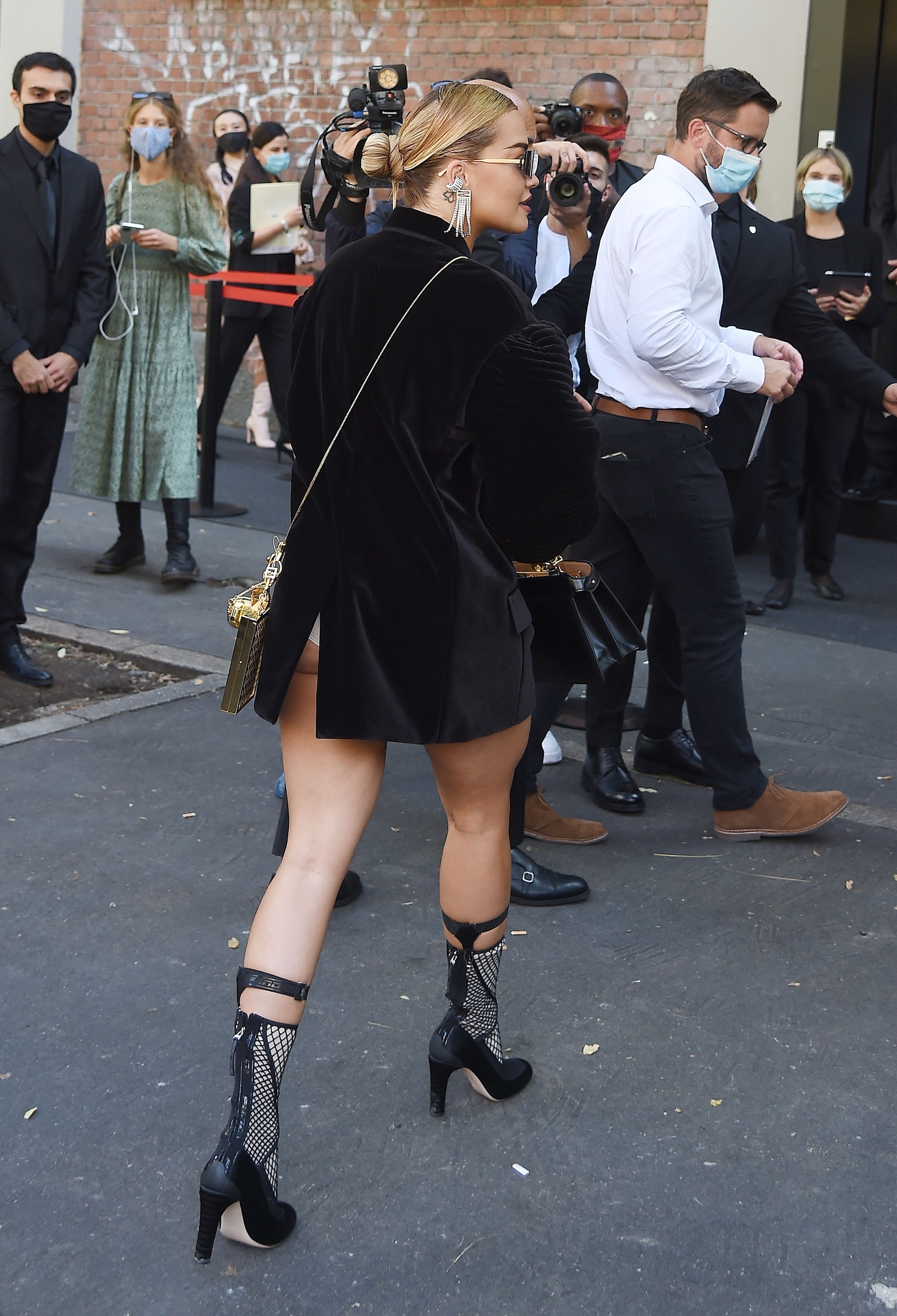 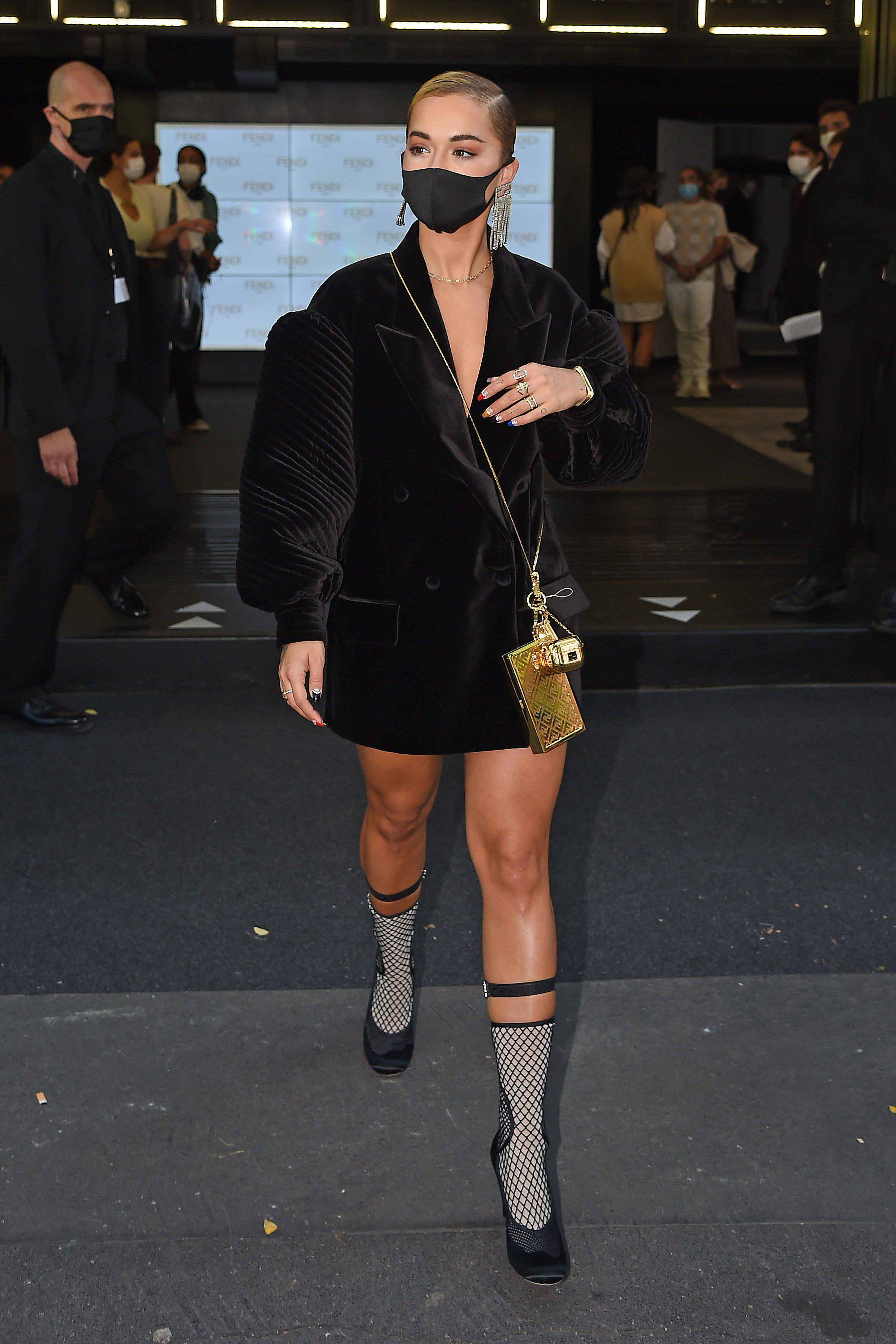 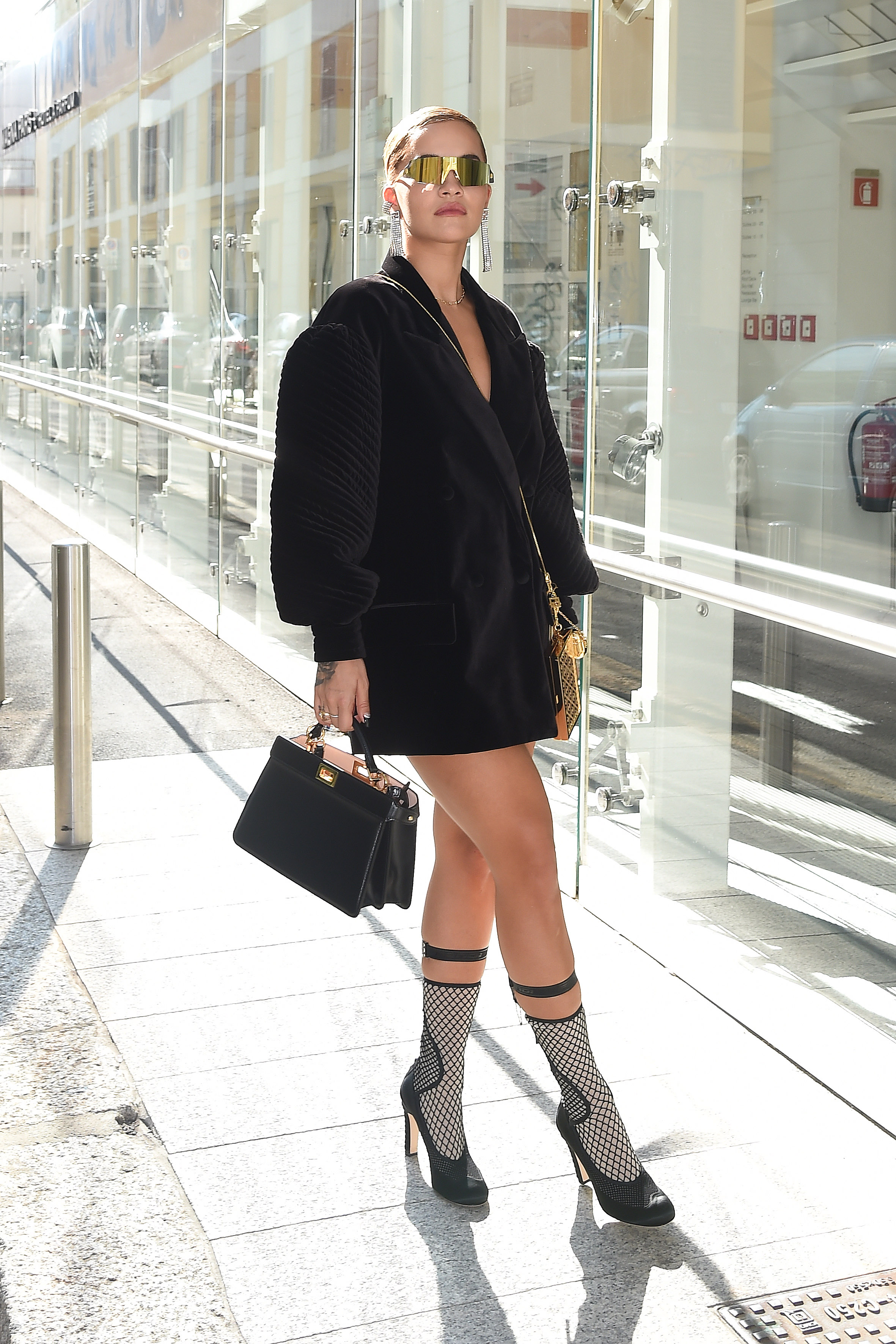 Due to covid restrictions, the WWD reported CEO Serge Brunschwig saying the fashion show would be a “physical event, with a limited number of guests and a digital component, the format of which is being defined.”

Fendi opened Milan Fashion Week at the Palazzo della Civiltà Italiana in Rome, which is the headquarters of the brand.

Inside, the catwalk featured designs that were predominantly red and white in colour. 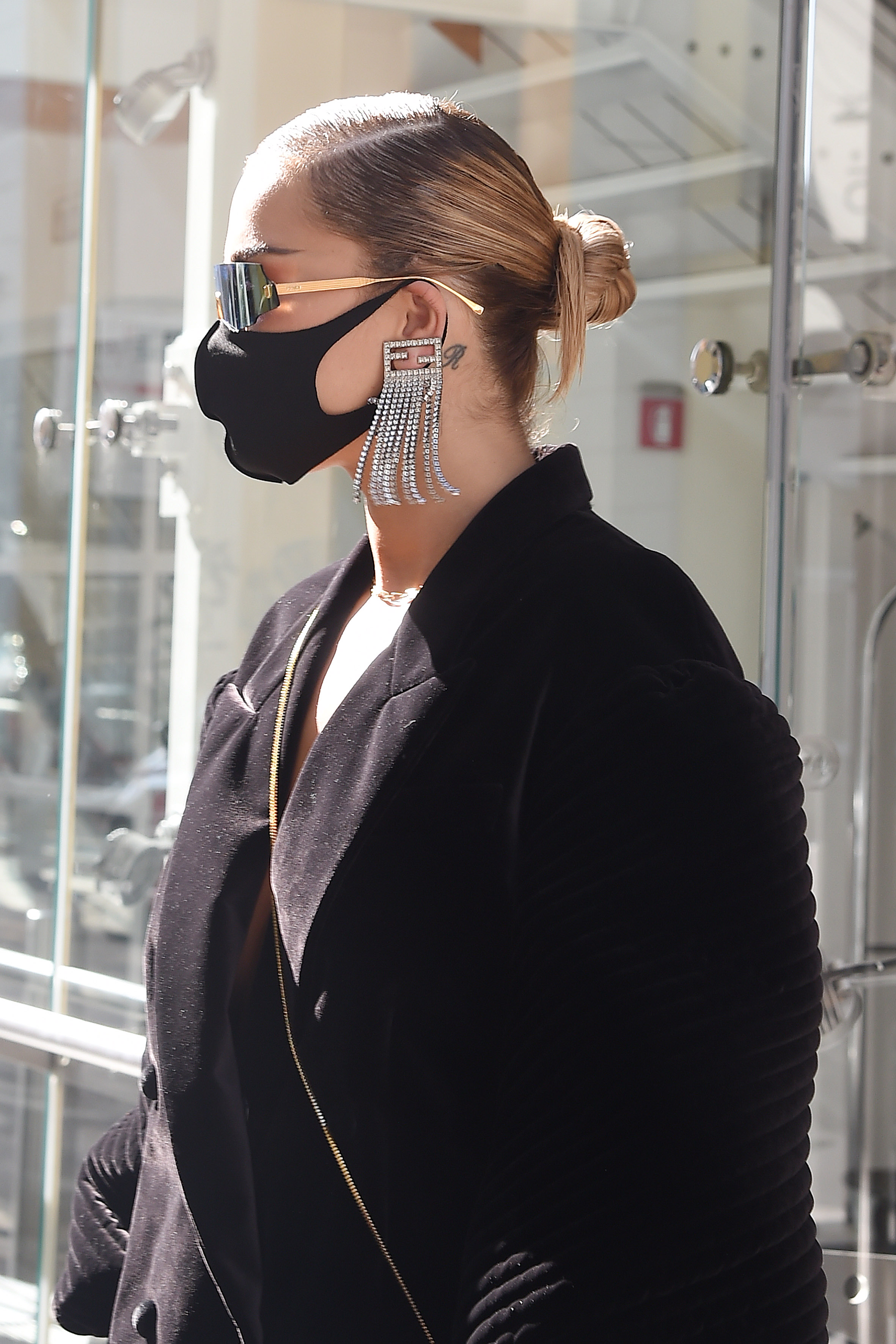 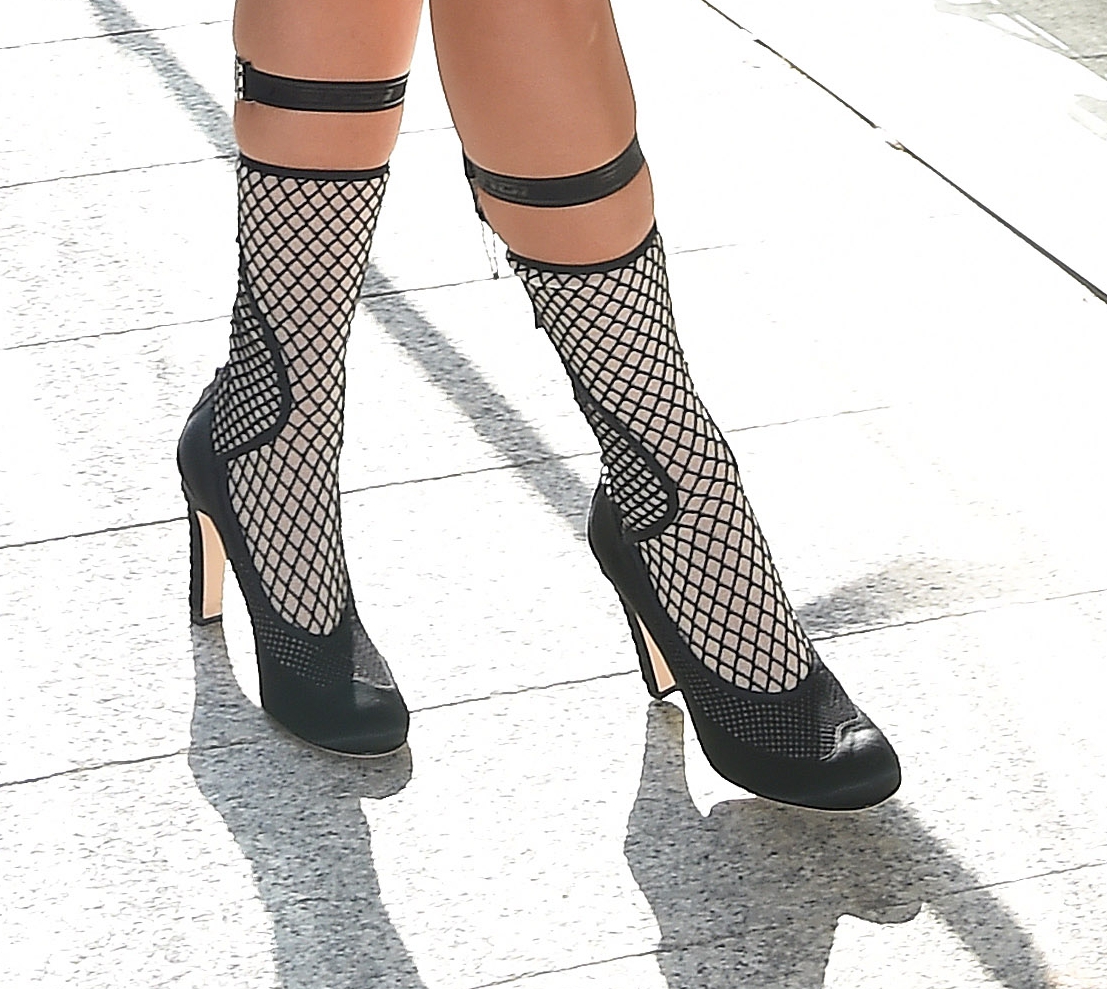 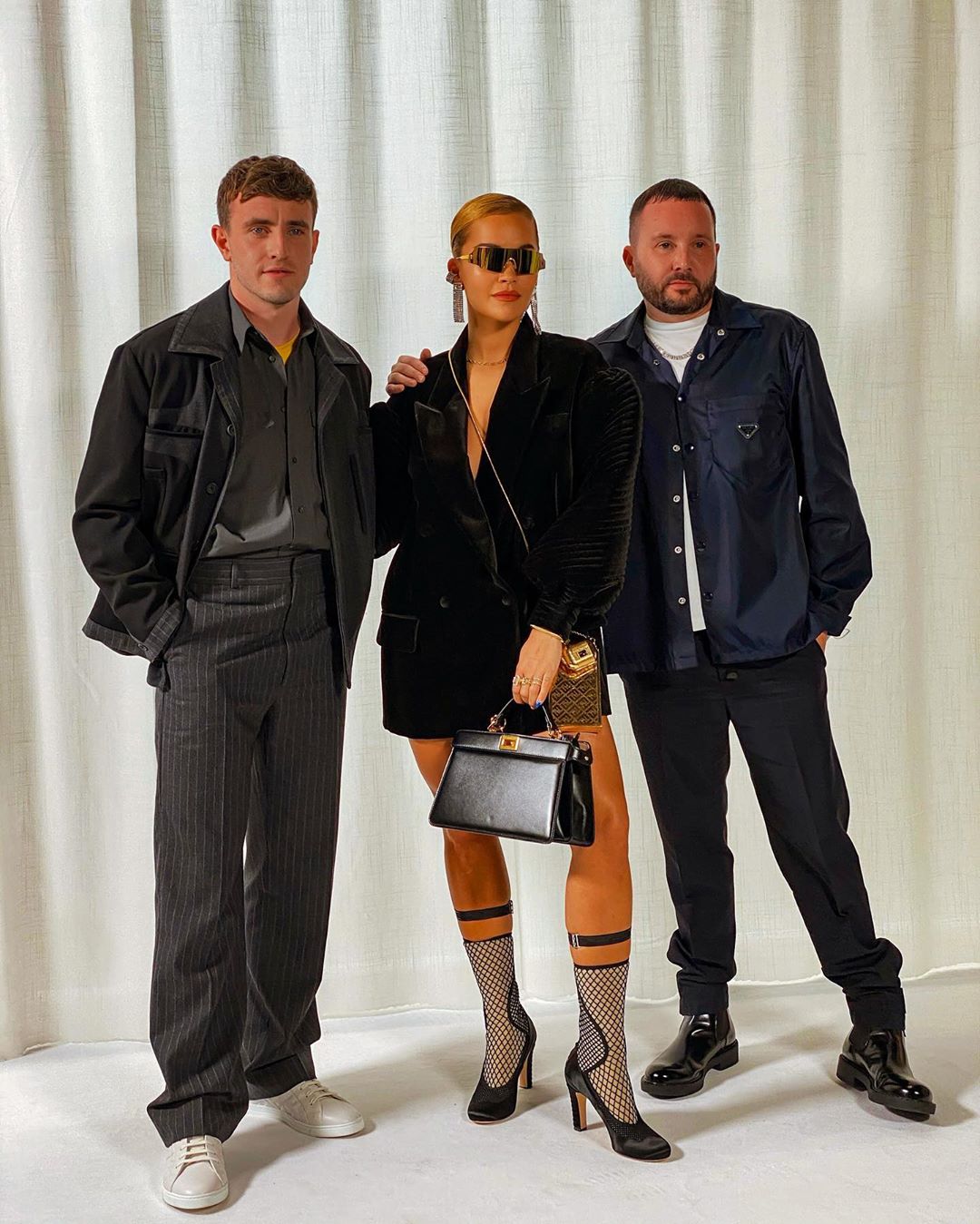 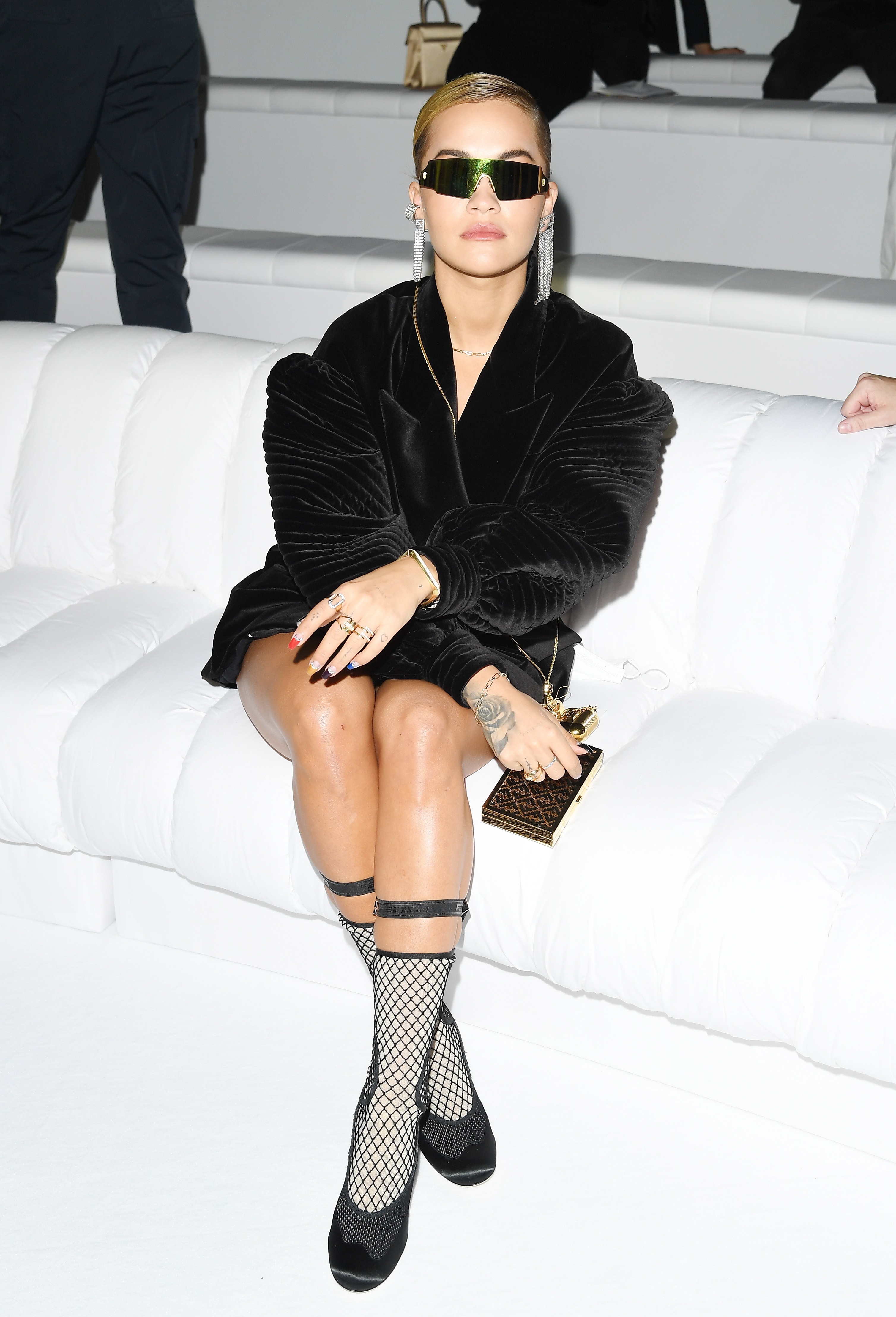 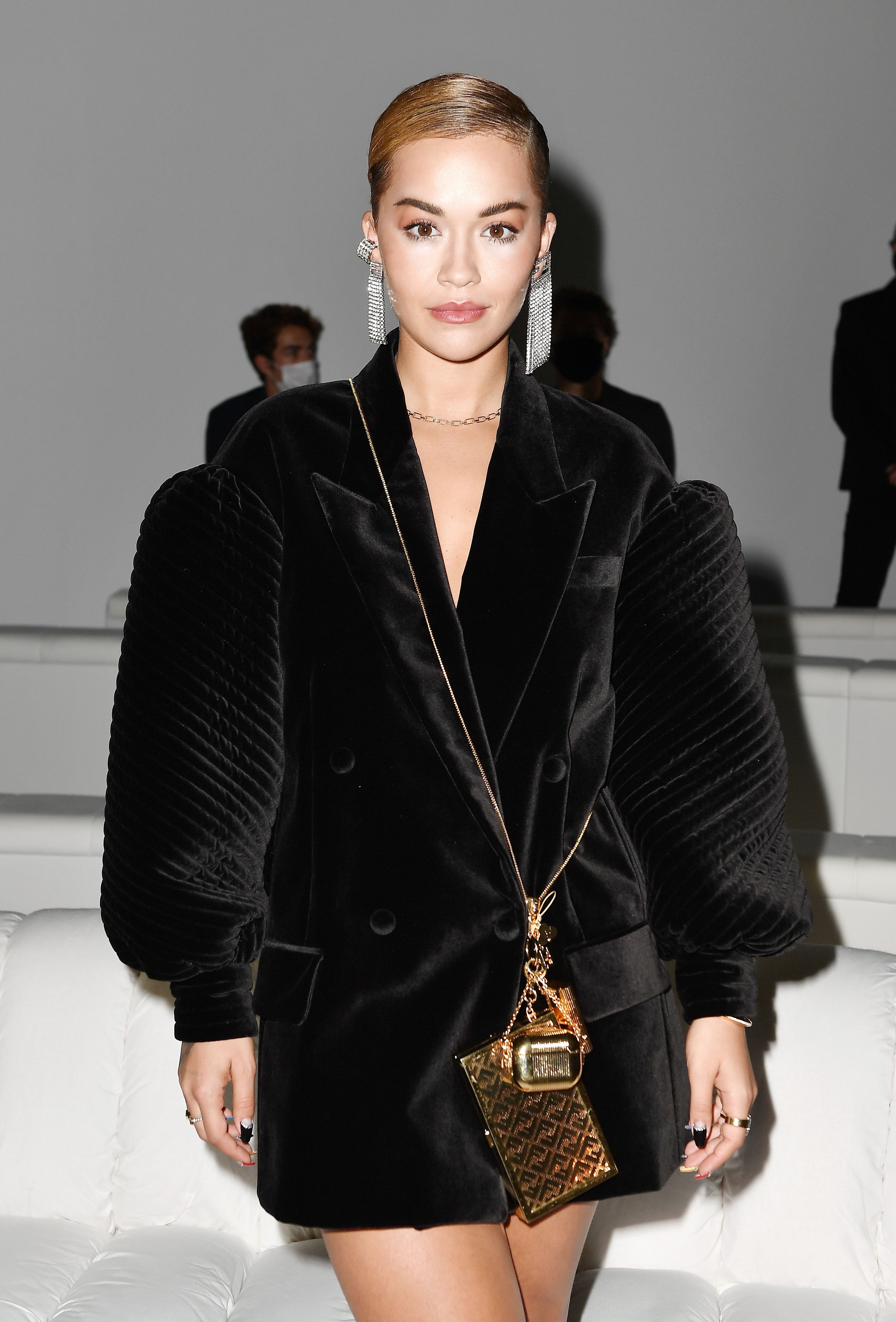 Models sashayed down the runway in sheer dresses, tulle skirts and tailored suits, with the brand’s iconic F motif on a number of pieces.

Speaking to The Sun, friends insisted Rita was involved with the filmmaker after she was seen enjoying a boozy evening out with business tycoon Faton Gashi. 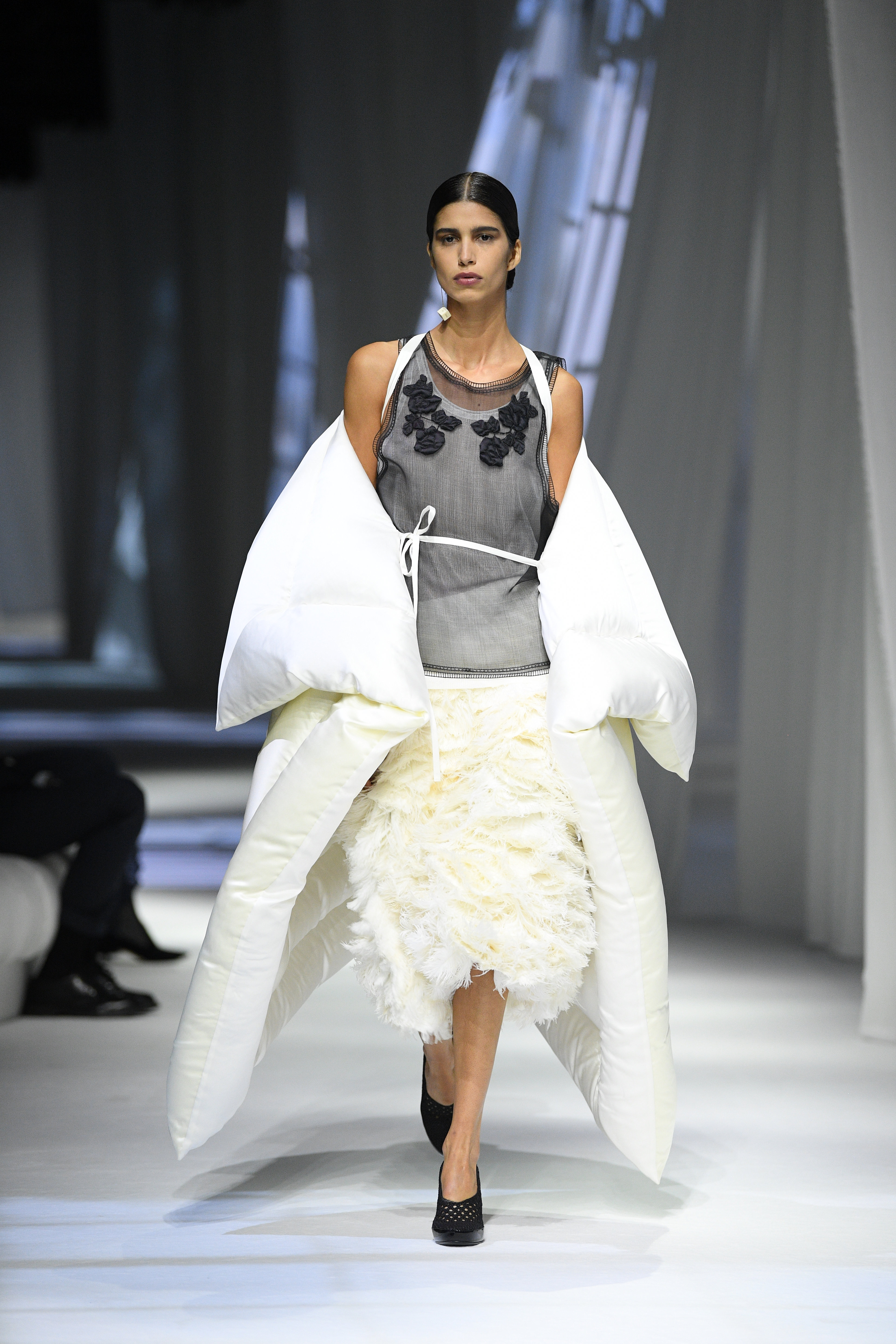 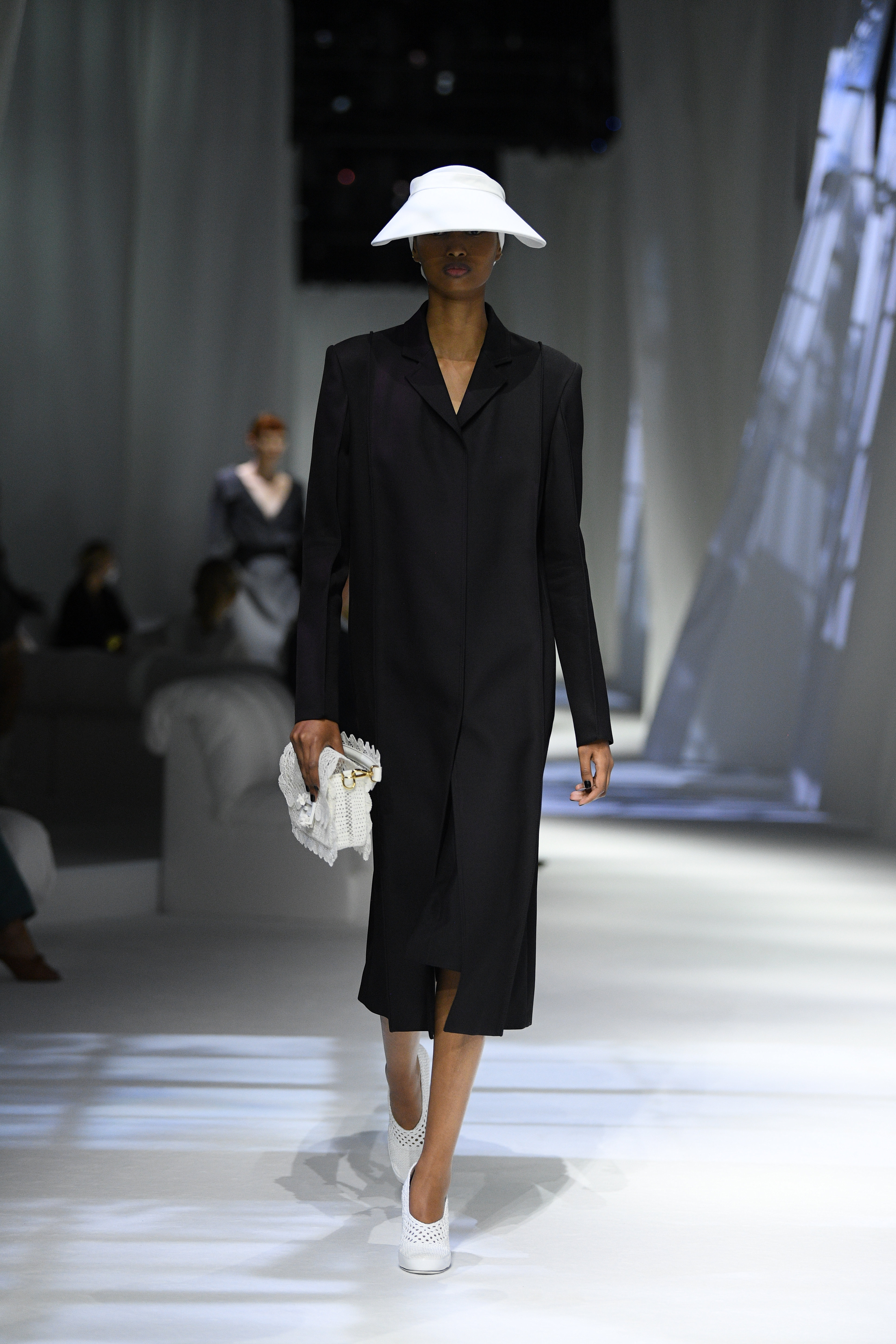 A source said: “Rita was hitting the town with friends including Faton. But she's in a serious thing with Romain and properly loved up.

“It's the first time she's been serious with someone in ages.”

We shared how Rita is among stars copying Jessica Rabbit in killer red dresses that leave NOTHING to the imagination.

For more celebrity stories, Frankie Bridge opened up about how lockdown helped ease her anxiety & how she became a TikTok sensation with husband Wayne.

And Danielle Armstrong revealed why abusive trolls who ‘broke’ her have made her determined to lose baby weight her way.

Amazon's Latest Influencer Collab Is Both Size-Inclusive AND Super Cute