Home » Fashion » Royal Family tree – Where does royal baby Archie sit in the line of succession and where does Prince Louis Mountbatten fit in?

THE Royal Family is growing and growing as the Duchess of Sussex gave birth to her first child on May 6 – and it's a boy!

But how will baby Archie fit in with the Royal Family? We have a family tree to help you work out all the connections.

Well there's no point talking you through it. Take a look for yourself.

Sitting pretty at the top of the pile are King George V and his wife the Queen Mother.

The family chart follows all the way through the generations, through the Queen, her children – including Charles – to Princes William and Harry and on to Wills' kids with Kate.

Added to the final generation are the most recent additions to the family – Baby Archie, Prince Louis and Zara Tindall's second child Lena.

When was Baby Sussex born?

Kensington Palace confirmed the news of the pregnancy on October 15, 2018.

The Palace also confirmed that the baby is due in April 2019 – but no exact date was given.

On May 8 the couple showed their son to the world and revealed his name: Archie Harrison Mountbatten-Windsor.

The Duke and Duchess of Sussex are pleased to announce they have named their first born child: Archie Harrison Mountbatten-Windsor This afternoon Their Royal Highnesses introduced Her Majesty The Queen to her eighth great-grandchild at Windsor Castle. The Duke of Edinburgh and The Duchess’ mother were also present for this special occasion. Photo credit: Chris Allerton ©️SussexRoyal 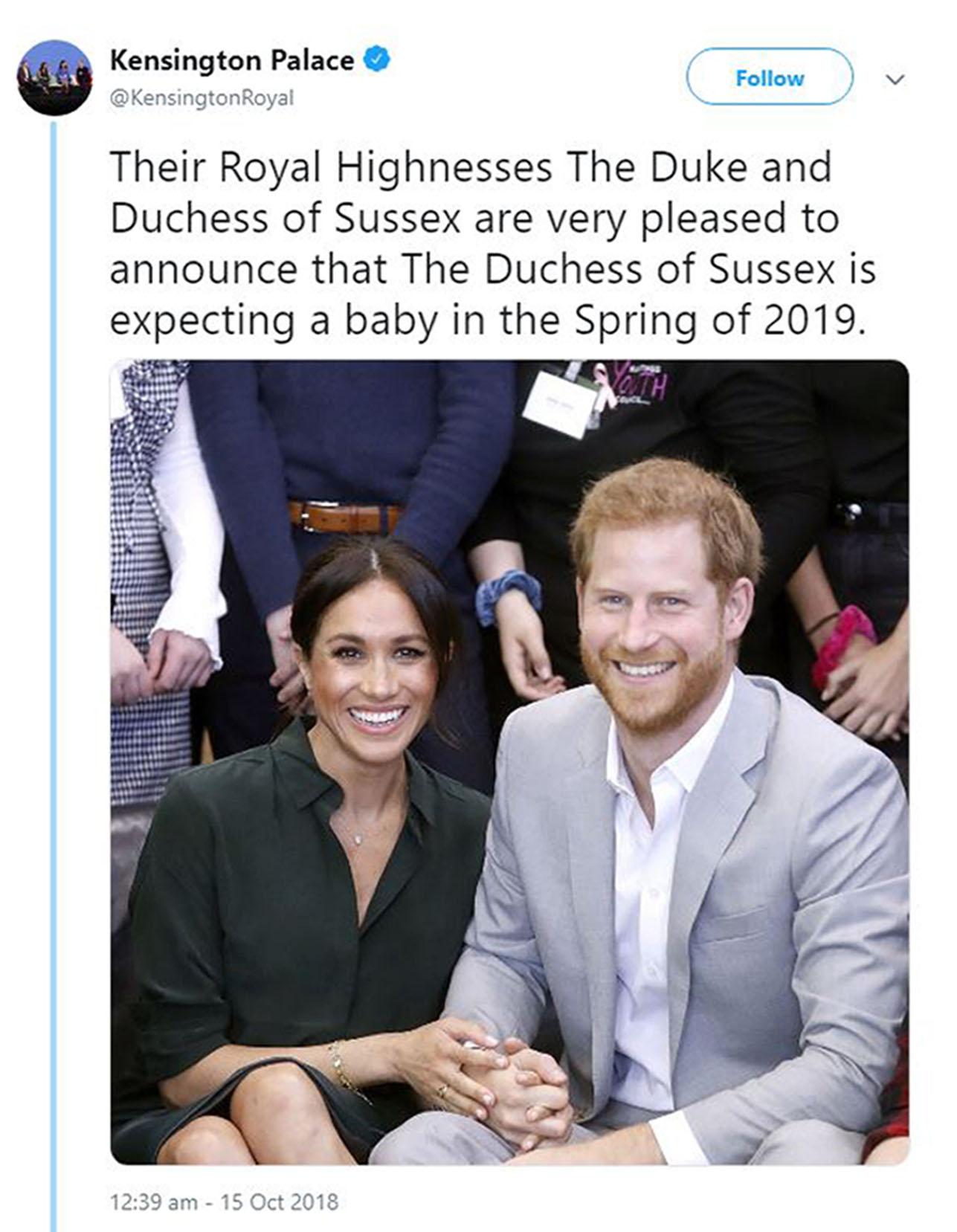 Where will Baby Archie sit in the line of succession?

The throne will pass to Prince Charles if the Queen abdicates, retires or dies – and according to reports, abdication could be a real possibility.

Her Majesty is said to have told her inner circle that if she is still on the throne at the age of 95, she will ask for a piece of legislation to grant her eldest son full power to reign while she is alive.

Royal commentator Robert Jobson told the Mail On Sunday he has spoken to a number of high-ranking courtiers who say preparations for the transition of the Crown are gaining pace.

And at this year's Commonwealth Heads of Government meeting, The Queen said she wished for Charles to succeed her as head of the group of countries.

Next in line after Charles is eldest son Prince William, the Duke of Cambridge, and then his children, Prince George, Princess Charlotte and the new baby boy, Prince Louis.

Meghan and Harry's baby Archie is seventh in line to the throne.

Prince Andrew, the Duke of York, is bumped down the line to eighth.

When was the royal baby be introduced to the world?

Meghan and Harry beamed as they introduced their "amazing" baby boy to the world on May 8, just hours before revealing his name.

The new parents appeared tired but ecstatic as they cradled the newborn, with giddy bearded dad Harry joking his son "already has facial hair".

The Duke and Duchess of Sussex's low key announcement at Windsor Castle is in stark contrast to Kate Middleton and Prince William's baby reveals that saw hundreds of photographers snap pictures of their three children hours after they were born.

Where the baby boy was born will be revealed in the birth certificate – which must be completed within 42 days of the birth.

New mum Meghan, 37, stunned in a white dress that bared her arms as she stood by grinning new dad Prince Harry, 34, who cradled their little boy.

She gushed over life after welcoming her little boy, saying: "It's magic.

"It's pretty amazing. I have the best two guys in the world, so I'm really happy."

And she said the baby boy, who is just two days old, already had the "sweetest temperament" – adding "he's the dream".