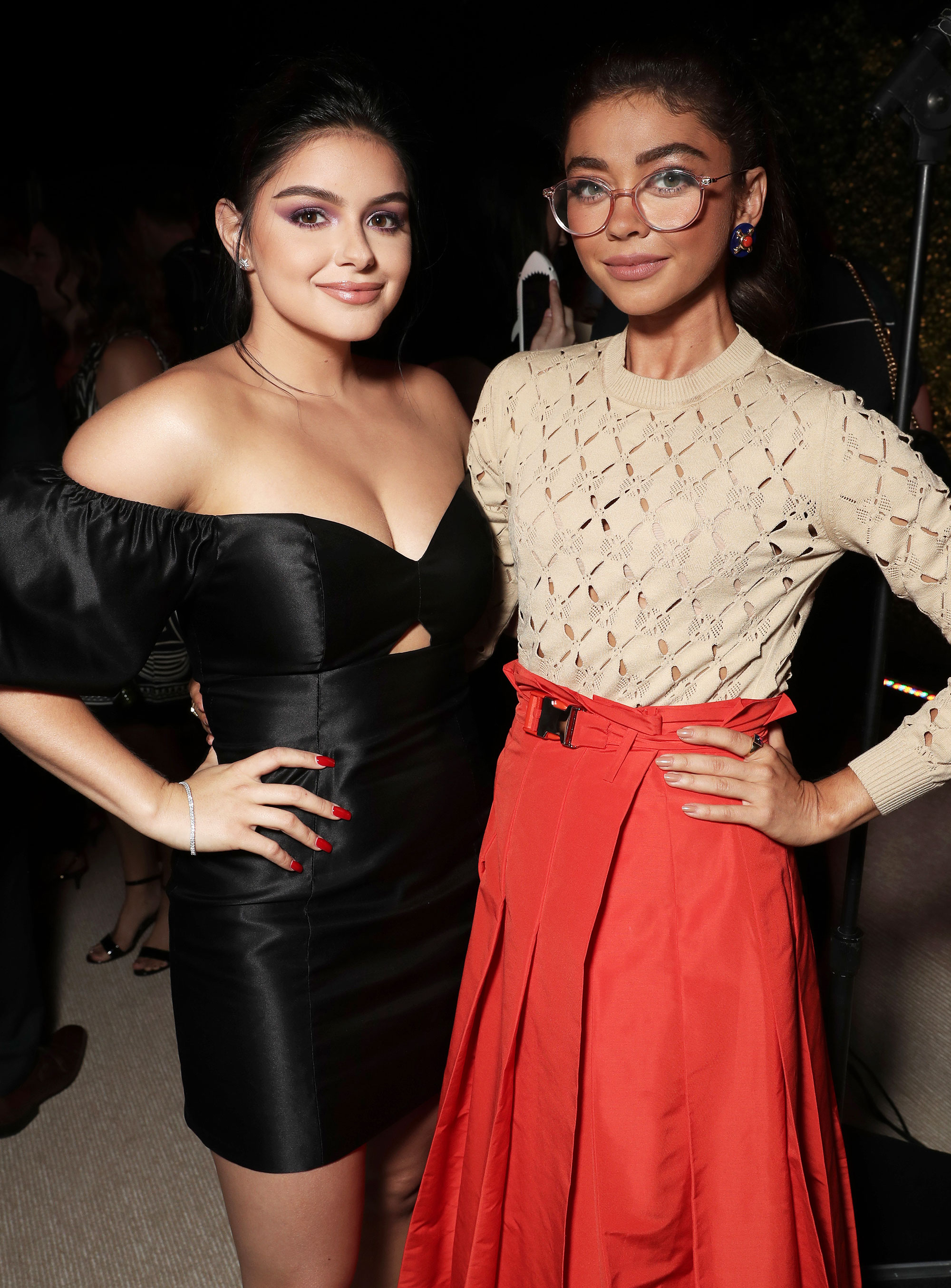 Sarah Hyland and Ariel Winter play on-screen sisters on ABC’s Modern Family, but in real life, they’re just as supportive of one another. On Sunday, February 23, Winter defended her costar when an Instagram user criticized the dress she wore to the show’s wrap party.

From Front Rows to Epic Parties, See All the Stylish Stars at Milan Fashion Week Fall-Winter 2020

Both actresses wore little black dresses to the bittersweet celebration, which took place at the Sunset Room Hollywood in L.A. Hyland posted an Instagram photo with Winter, revealing that the older of the two TV sisters donned a curve-hugging bodycon and the younger debuted a see-through off-the-shoulder number.

Fans and critics flocked to the comments section to share their opinions of the cast’s outfits. But when one troll criticized Winter by writing, “What was she thinking …. seriously,” Hyland made it known that she will not put up with any negative comments about her friend.

The “Met At a Party” singer clapped back at the social media troll and wrote, “That she’s a sexy and confident woman. Everyone that is making a negative comment about my sister can back the f–k up because I WILL NOT tolerate it.”

And that wasn’t the only comment Hyland responded to. When another critic wrote, “What’s up with Ariel Winters outfit tho?” Hyland said, “You that she’s ??? I KNOW.”

While there were plenty of trolls stirring the pot, there were also many positive comments. A fan wrote, “Need Ariel’s dress” and Hyland responded, “same.” Another repeated what many fans were saying (and thinking) by writing, “Ariel looks ?????.”

Hyland’s fiancé, Wells Adams, wrote, “You ladies both look ?!!!” and the Modern Family star responded to her future husband with a bunch of kissy face emojis.

One of the most notable comments of all was the emotional caption Hyland left on her Instagram photo series. She wrote, “I love these people with all my heart. 11 years together is proof you and your tv sister will start wearing the same outfit, siblings for life will be made, and you’ll forever fight over the same professor ?.”

She concluded, “We’ll always be Dunphy’s and we’ll always have each other ❤️.”