WE can easily spend hours perfecting our weekly shopping lists – but the second we step into a supermarket, we can't help but get distracted by all the special offers.

One person who knows a little something about this is Kelly Costa – who used to throw anything that caught her eye in her shopping basket. 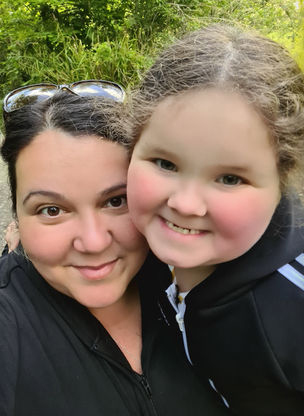 But after joining bargain-hunting Facebook groups, the Essex-based mum-of-two told Latest Deals how she wanted to make her £60 food shop go further.

By shopping the yellow sticker aisle and freezing whatever she doesn't eat, Kelly has managed to cut the cost of her shop down to £10 a week – and shares her bargains on her Instagram page Yellow sticker Kelly.

She said: "Before becoming a mum to Isabella, now eight, I shopped haphazardly with no regard for what I chucked in my supermarket basket. If I fancied wine, it went in."

However, Kelly's approach changed when Isabella began struggling with developmental delays as a baby. 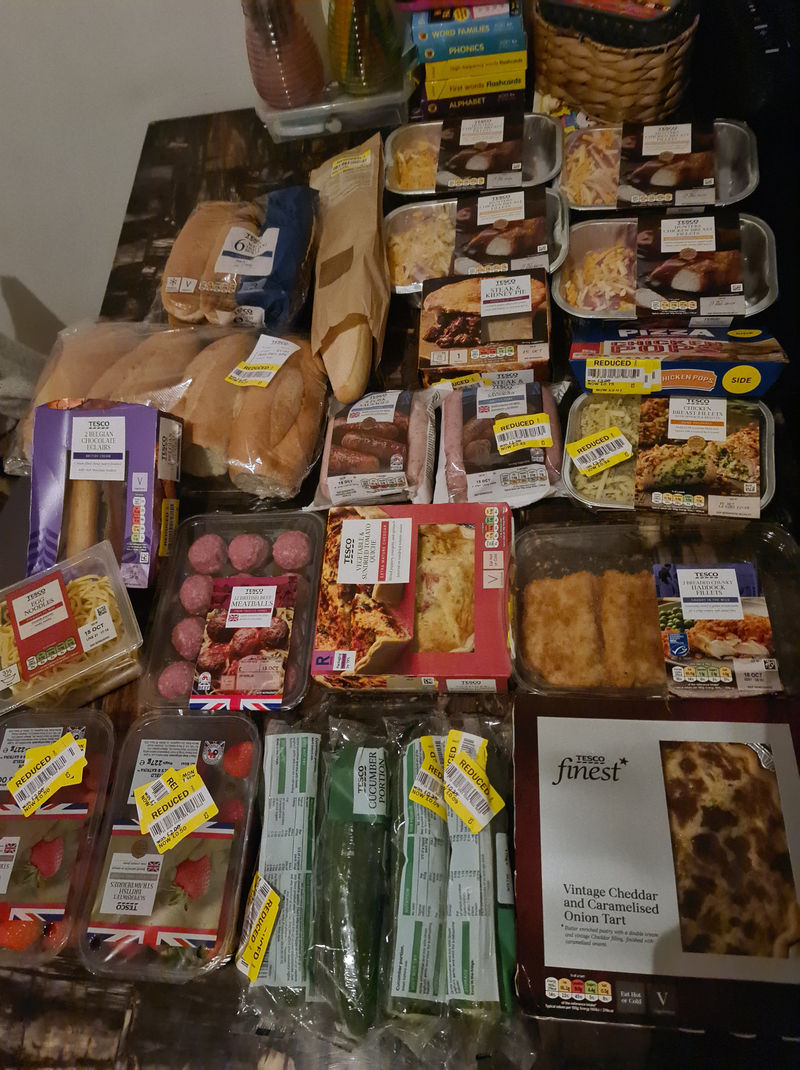 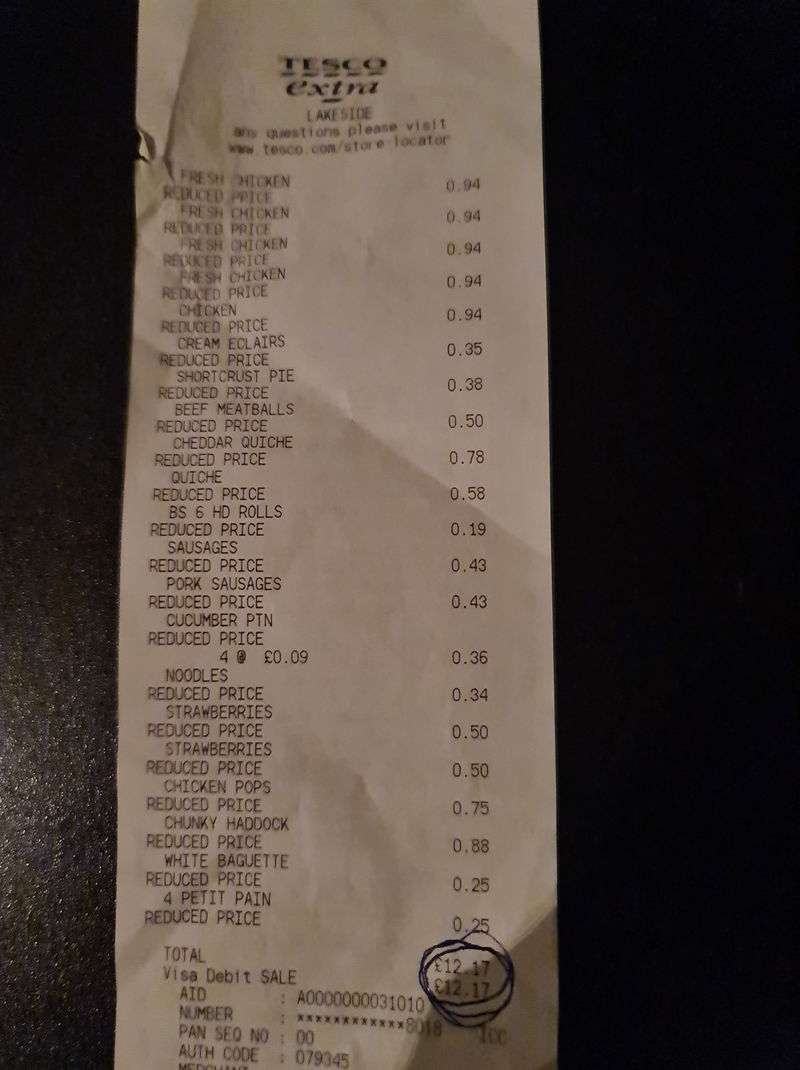 At the time, Kelly was earning £32,000-a-year working as a contract manager – but had to quit when Isabella was two years old as they child-minder couldn't cope with her needs.

She said: "Overnight I went from having plenty of cash to virtually none, surviving on her disability benefit, carer’s allowance and universal credit. Her dad isn’t in the picture and money was really tight.

"But I was desperate to continue to feed my kids healthy meals. I’d grown up near Lisbon, Portugal, before moving to Essex for work and I’d loved my traditional food growing up."

Determined to still cook delicious meals for her family, Kelly became a yellow sticker shopper and began heading to the supermarkets near closing time when they knock up to 75 per cent off. 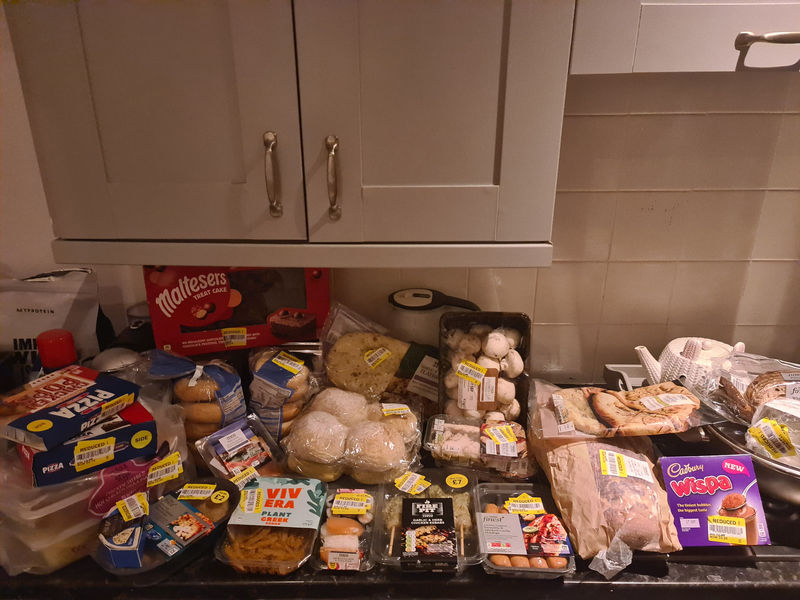 Kelly added: "I know what time the supermarkets knock down the prices and head there then, going straight to the reduced aisle.

"In the past, I’ve got chicken for £1, lamb steaks for 60p, chicken chipolatas for 60p and a smoked steak salmon for £1.

"I’ve got a two for one Indian takeaway down from £8 to £2 too. [Kelly's son] Raphael and I enjoyed that. 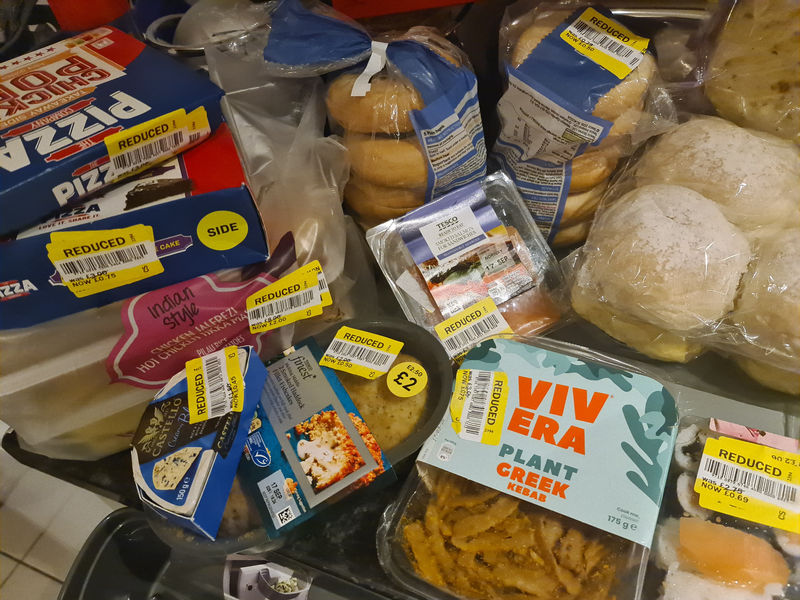 Kelly recently bagged a 27-item shop from Tesco for just £12 – but her average weekly shop usually costs a tenner.

She said: "I don’t buy anything which isn’t on offer now – I can’t afford to.

"Some of it I freeze, but most I eat the same day or over the next few days. In total I spend about £10 a week on food, whereas before I spent about £60."

The savvy shopper recommends chatting to supermarket workers to ask when they're reducing products.

She also gets to the reduced section early so you can take in what's there before they're marked down again.

And when she's bagged a particularly impressive haul, Kelly shares it on Facebook and Instagram with other yellow shoppers.

"I don’t feel guilty. I eat everything I take and if there’s only one thing left on the shelf I still grab it," she said. "I love showing off my wins on Facebook and my Instagram page and most people have been lovely!"

As well as yellow sticker shopping, Kelly has also downloaded an app called Olio where supermarkets inform users when food is being thrown away and lets them have 10 per cent off.

For more food tips, this mum shared her £15 Tesco shopping list to help people feed their kids for week & others give tips to get costs even lower.

And this student shared exactly how she lived on just £5 for five days – here’s how you can too.

Plus this expert shared the signs your food is safe to eat after the best before date.

Stars weigh in on Clarence Avant, the ‘Black Godfather’

Signs of cancer can appear as early as childhood, study finds

Early work for Kavanaugh will include immigration and firearm cases