Home » Fashion » Do you see these dots as blue or purple? People can't agree what colour they are – and they're ALL right

And a new optical illusion proves just how easily our definition of colours can be skewed. 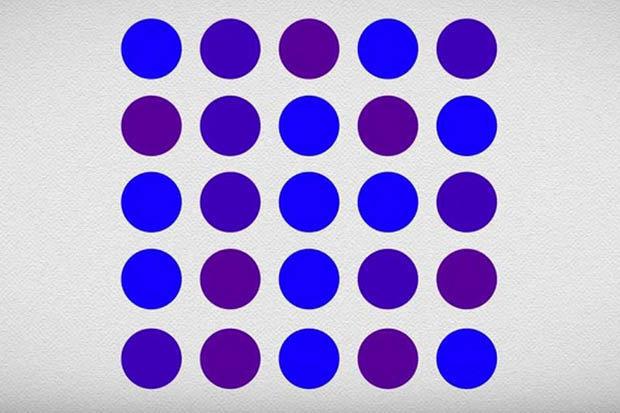 Researchers from Harvard University created a puzzle which had 1,000 dots ranging from very purple to very blue.

Participants were asked to identify if each dot was blue, and the results were very interesting.

In the first 200 trials, there were an equal number of blue and purple dots shown to the participants.

This then changed so the majority were purple, with some blue ones dotted in randomly. 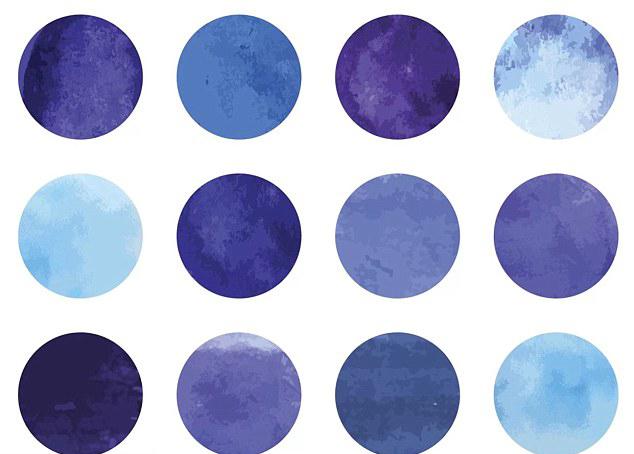 The researchers concluded that by the end of the study, people’s perception of colour had changed from the start – and dots they had previously classed as purple, they now classed as blue.

When this was switched around, so the number of blue dots increased, this actually had the reverse effect and participants were less likely to identify a purple dot as blue.

These results suggested that peoples’ concept of blue had expanded, and now included purple hues.

Even when money was offered to those in the study if they kept their judgements consistent with their first thoughts, they still made the errors.

David E. Levari, of Harvard University, said: “When the prevalence of blue dots decreased, participants' concept of blue expanded to include dots that it had previously excluded.”

While this may seem like a trivial difference, this “design flaw” in the brain does have real-world consequences.

To demonstrate this, researchers showed people a number of computer generated faces with expressions ranging from neutral to threatening.

Similar to the dots study, they slowly reduce the number of obviously threatening faces.

Participants were then found to expand their definition to include expressions they had previously classed as neutral.

The phenomenon is known as “prevalence-induced concept change”.

In the new study, which was published in Science magazine, researchers said: “This phenomenon has broad implications that may help explain why people whose job is to find and eliminate problems in the world often cannot tell when their work is done.”

You’ll need to look twice to really understand what’s going on in these brain-twisting optical illusions.

Can YOU solve the cow and chicken riddle that’s left people stumped?

If you stare at this optical illusion for more than 30 seconds, something very strange happens.