A STUNNED new mum gave birth in the bath after not knowing she was pregnant – only for her boyfriend to come home and accuse her of finding the baby in the street.

Charlotte Dubard, 24, from London, had no idea she was pregnant despite suddenly craving sugar and gaining around 11lbs in weight.

She felt a series of sudden abdominal pains so decided to investigate with her iPhone camera to discover what was happening down below.

The Somerset House waitress took a video and was stunned to see her baby’s hair sprouting out of her nether regions.

The graduate – who was a size eight to ten throughout her secret pregnancy – allowed instinct to take over as she gave birth in the bath.

Baby Elias was born at a healthy 6lbs 8oz on January 29 and brave mum Charlotte underwent the excruciating experience all alone and without the aid of painkillers. 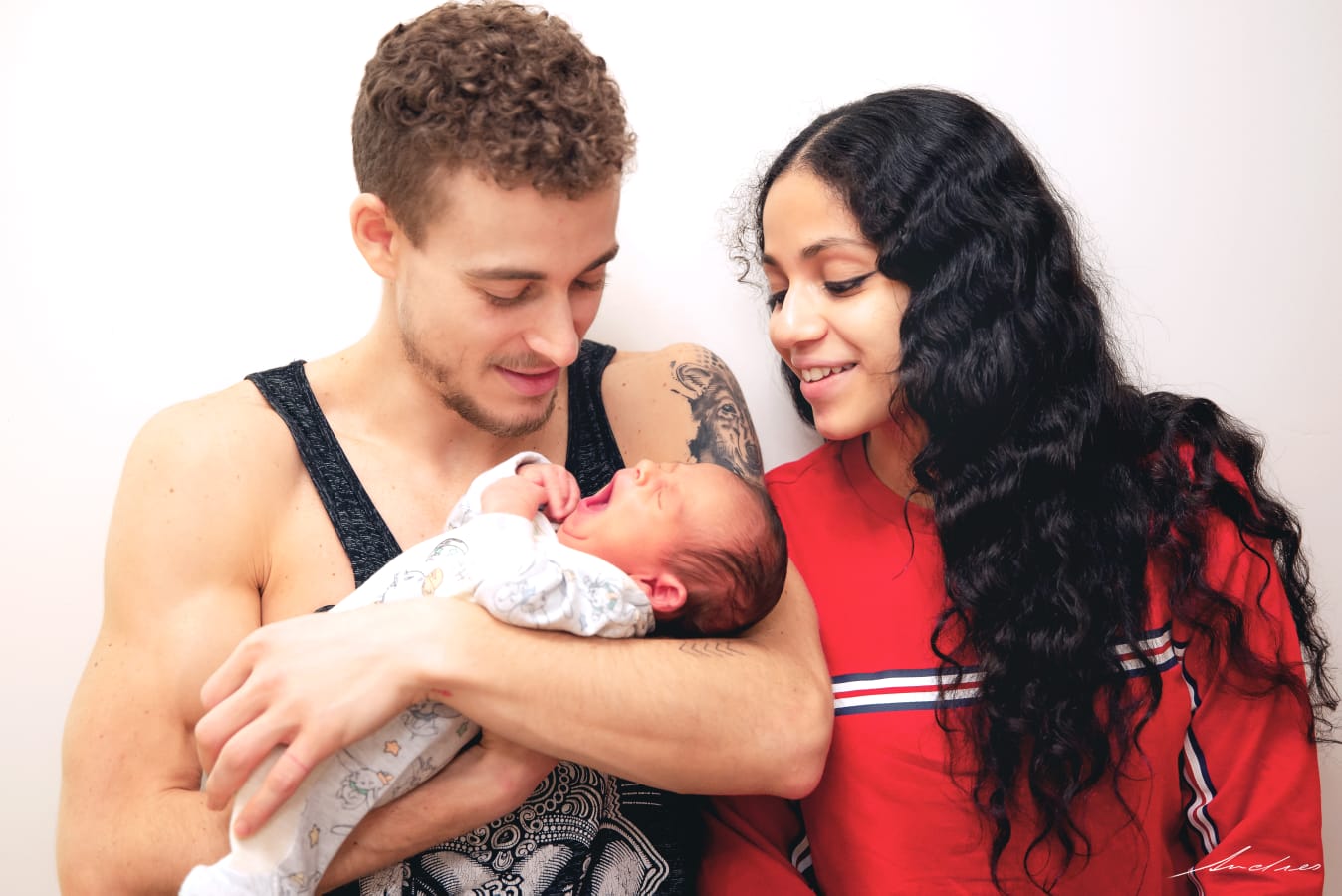 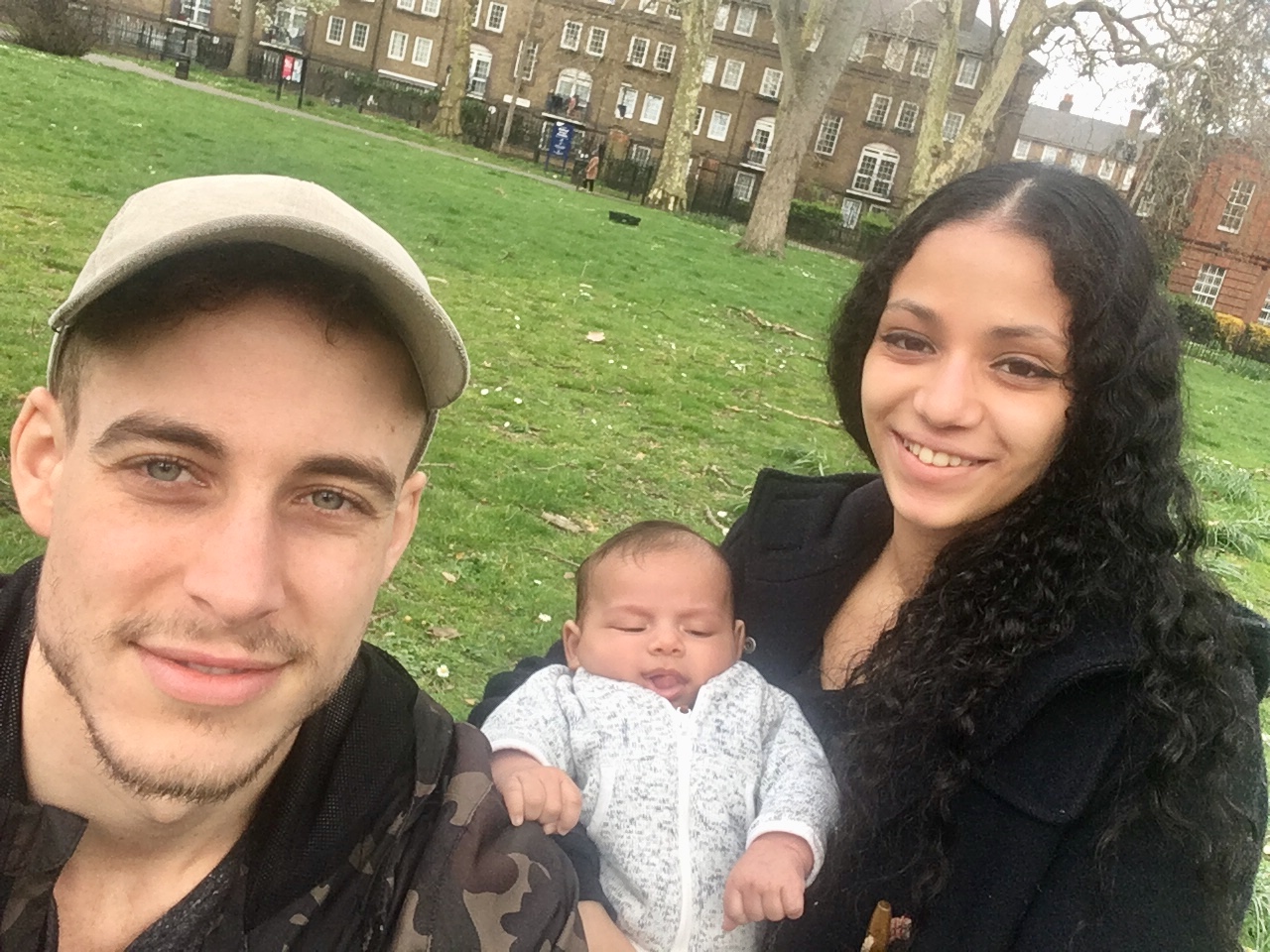 She then found a pair of nail scissors to slice her umbilical cord before ringing boyfriend Miguel Angel, 28, telling him he needed to come home urgently.

He dashed back from his job at Pret-a-Manger to the couple’s flat they share in Bow, east London.

But she said: “When Miguel came home, he screamed ‘Oh my god you found a baby in the street’!”

Charlotte said it took ages for him to believe the tot was his. 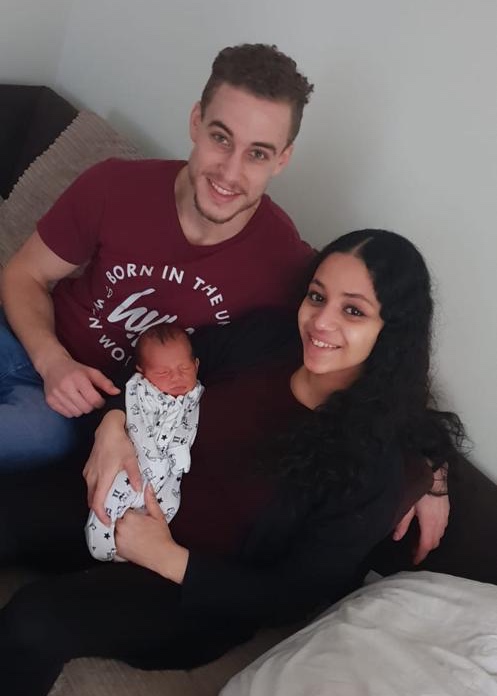 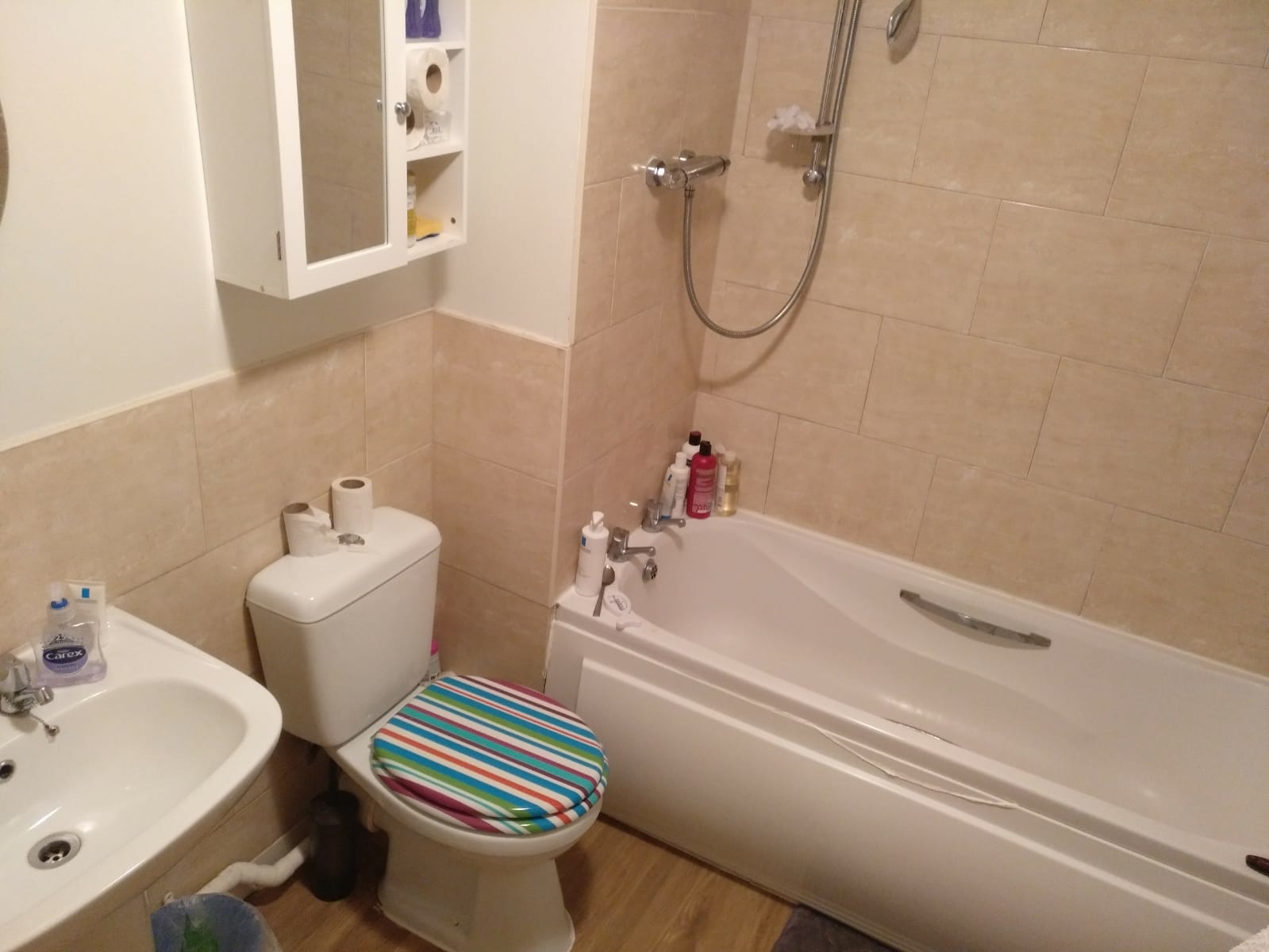 She said: “I started bawling and said ‘This is ours’.  He was in shock. Neither of us could believe it was ours.

“It was the most mysterious thing, I obviously gained a little bit of weight but nowhere near enough to make me think I could be pregnant.

“In hindsight, I was craving a lot of sugar and I did also have a problem with my leg which meant I had to be off work for a week.

“The doctor said that was probably the pressure from the baby.

“One evening, I started to get cramps but they were really quite mild – milder than my usual period pains.

“Then the next day they continued and they kept coming and going in waves which I now realise were my contractions.” 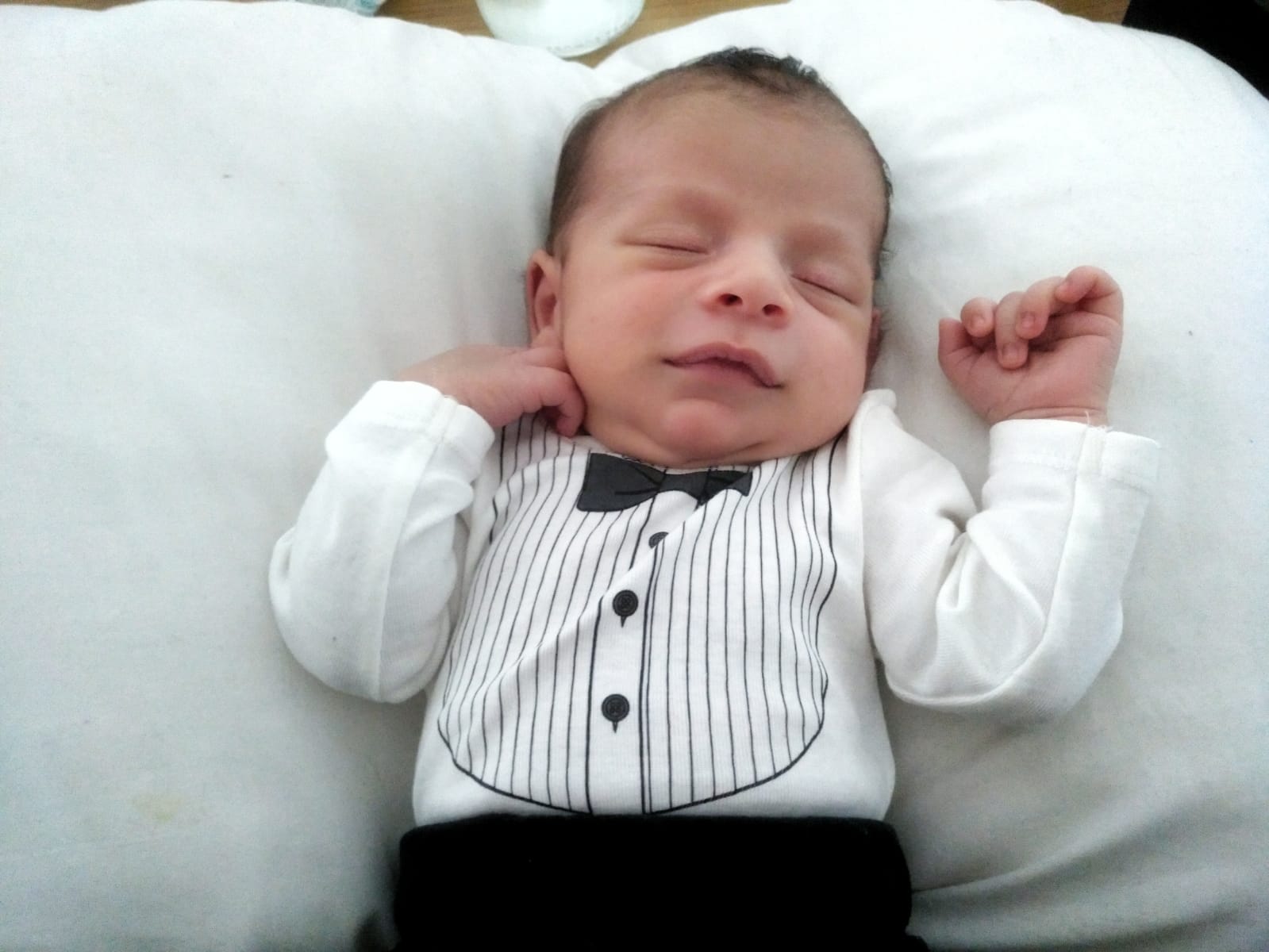 Little Elias was immediately taken to the hospital after his surprise birth and put in intensive care for thorough checks.

Charlotte said: “It was only once we got to the hospital that I really registered what had happened.

“I was so traumatised from the birth I had barely registered Elias at all.

“But then when we were waiting for the doctor, Miguel said ‘Look he has your nose’ and that’s when I suddenly realised he was ours.” 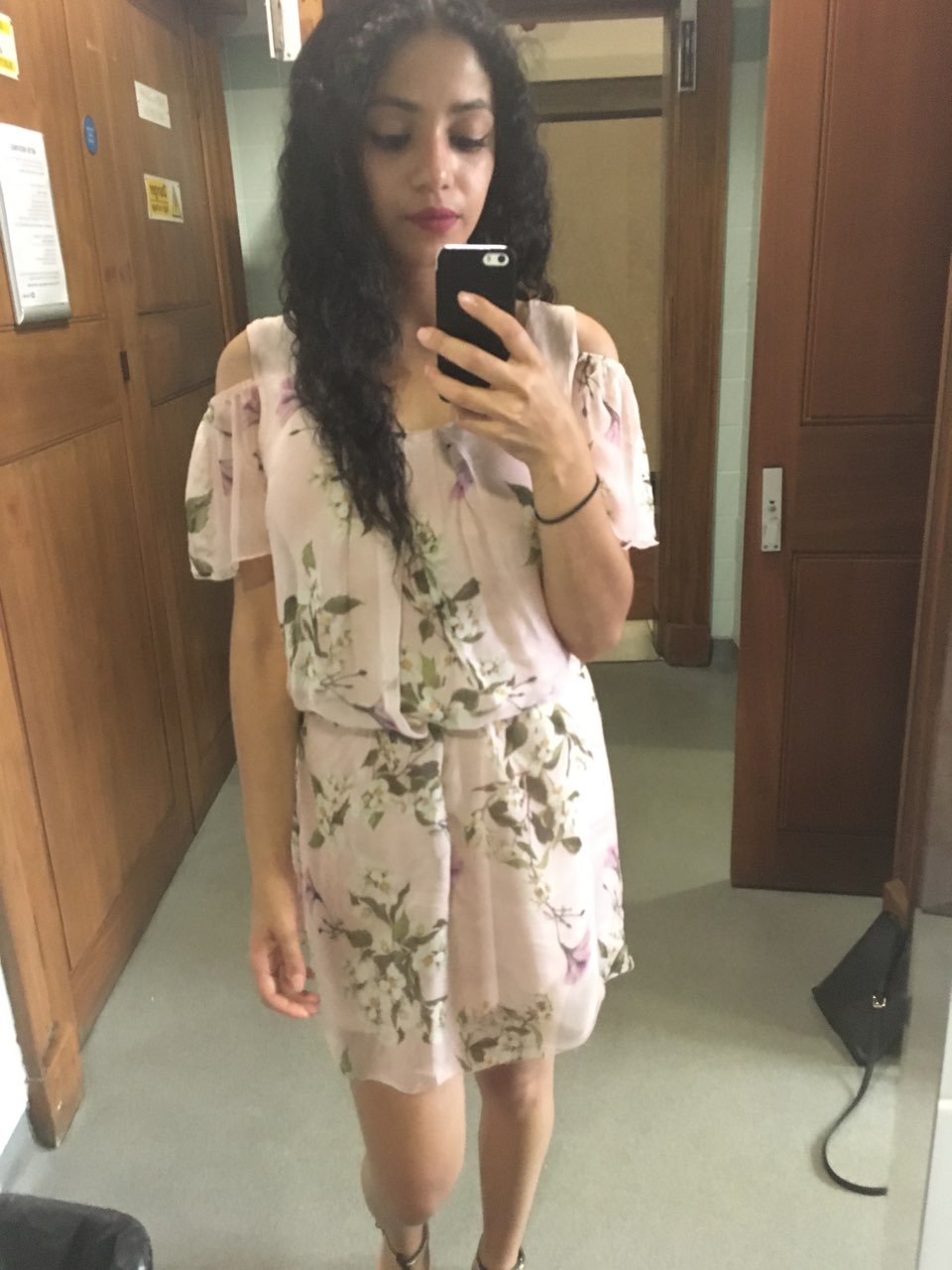 Charlotte added that she feels incredibly lucky to have such a healthy baby despite smoking, drinking and working 14 hour days throughout her pregnancy.

She also continued taking the contraceptive pill while pregnant and claims her periods remained normal during those nine months.

She said: “I call him my miracle baby because he is so healthy after all I put him through.

“Also, so many things could have gone wrong with me giving birth alone but it all went remarkably smoothly.

“The midwives even asked me how I knew where to cut the umbilical cord because if I had done it wrong it could have been so dangerous.

“I have no idea how I knew exactly what to do, I guess instinct took over.” 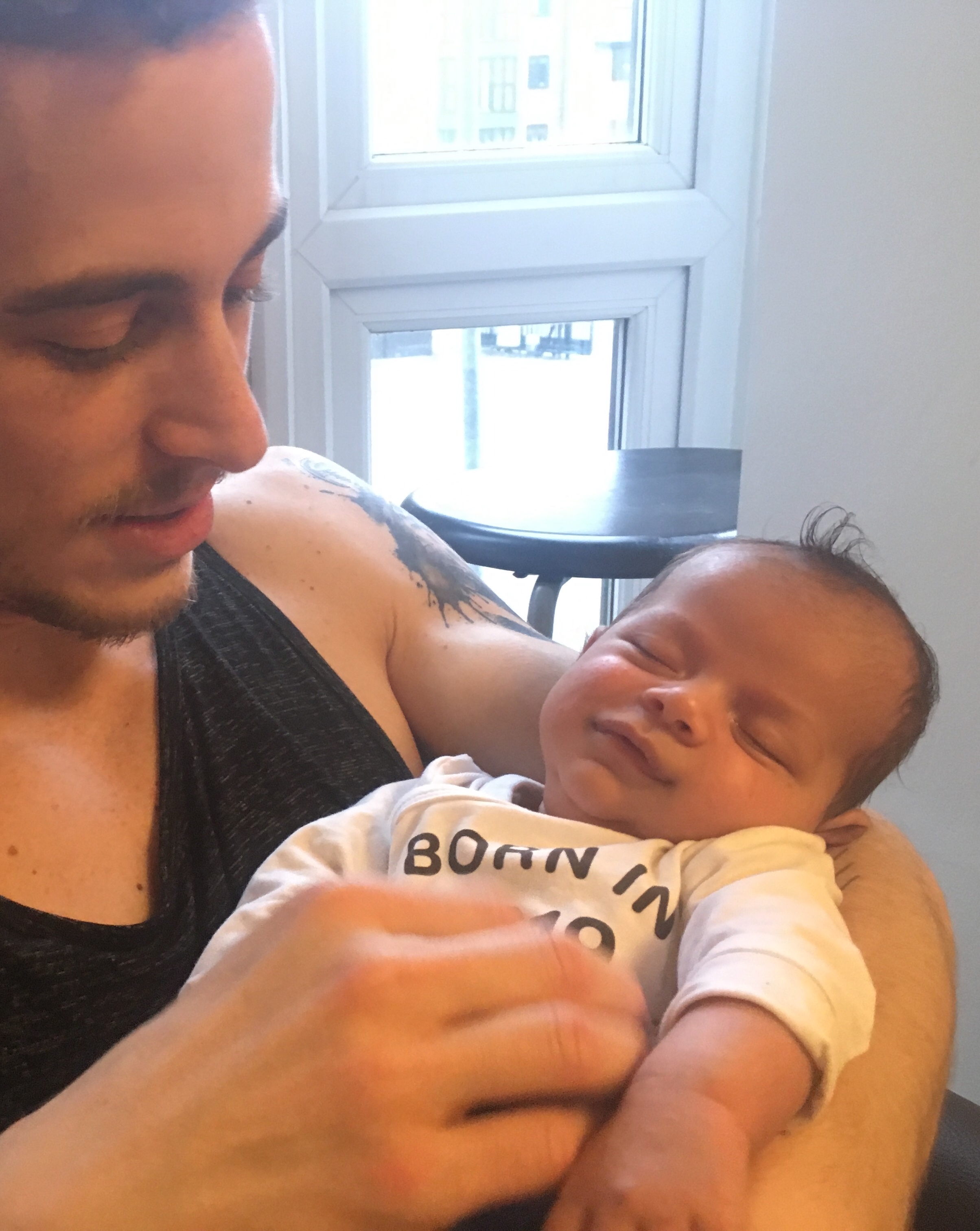 Charlotte didn’t even tell her mum straight away.

She said: “I actually didn’t tell her right away because she was working and I knew she wouldn’t be able to finish her shift if I told her.

“I waited until the next day and she was so shocked.”

Charlotte and Miguel met on dating app Happn in the capital just under three years ago.

Though she said she was usually very careful at taking the contraceptive pill, she recalled two occasions when she forgot to take it around the time Elias was presumably conceived.

The student couple planned to move to the US but are now staying put. 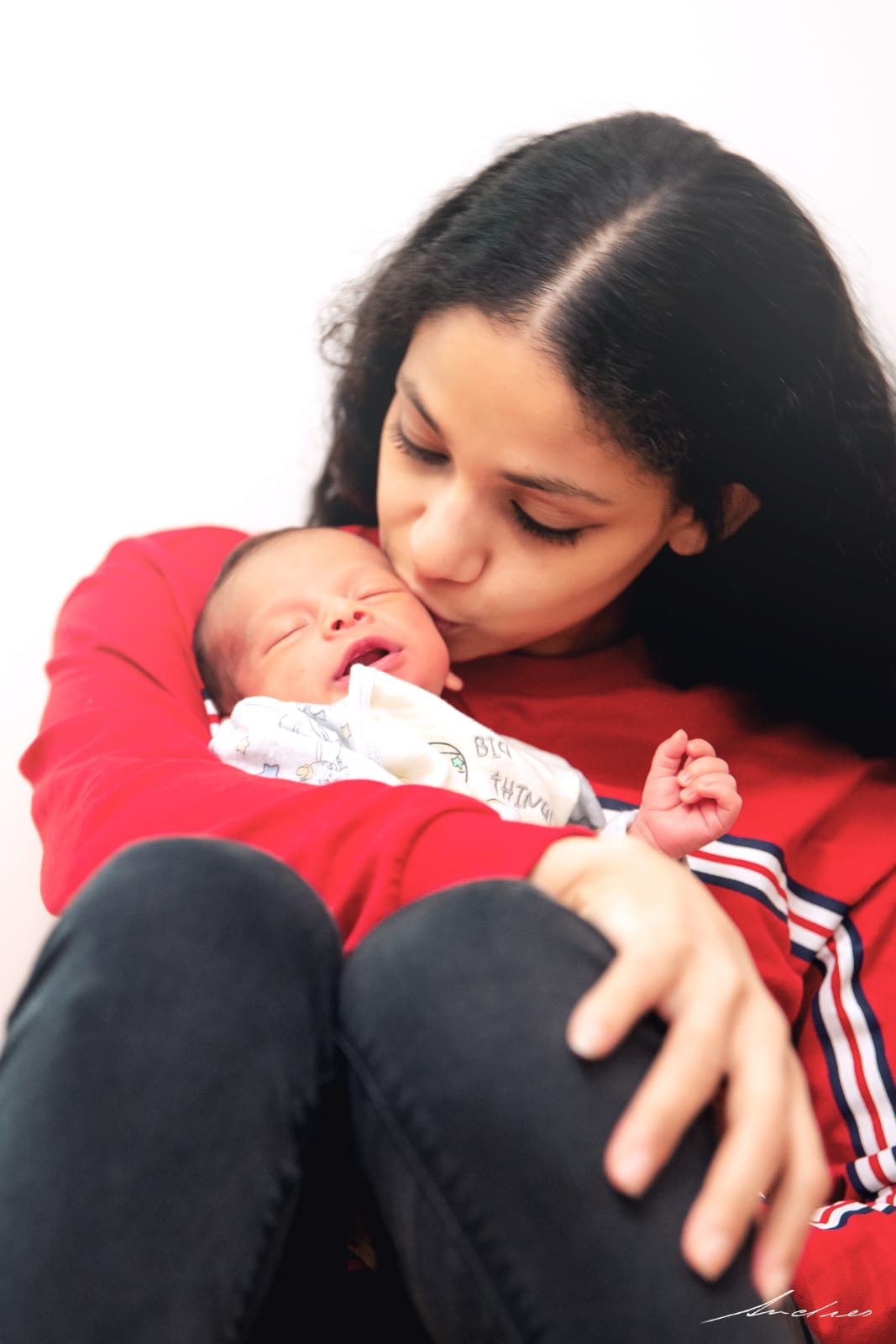 She credits her family for making the transition into motherhood so easily.

She said: “I actually didn’t tell my mum right away because she was working and I knew she wouldn’t be able to finish her shift if I told her.

“I waited until the next day and she was so shocked.

“But my family have been so supportive, they’re very strict Catholics and they see Elias as a miracle.

“My grandmother says he is a little angel.” 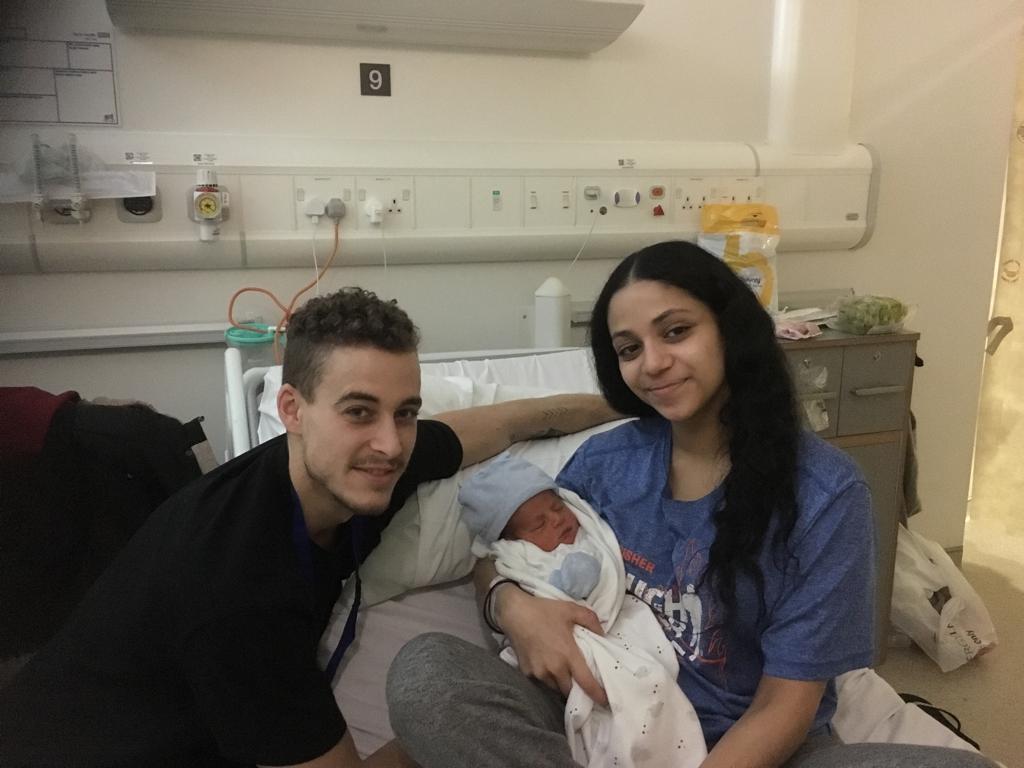 While rare, symptomless pregnancies are a recognised phenomenon.

Back in 2016, the Royal College of Midwives estimated they accounted for around one in 2,500 cases in the UK.

This translates as 320 cases each year of women not knowing they were pregnant.

Charlotte’s mother has set up a GoFundMe account so kind strangers can donate to help the new parents adjust.

She's not the first person to have an unexpected pregnancy recently.

A size 8 teenager who didn’t realise she was 8 months pregnant shocked at her ‘sudden’ bump when docs turned her baby in the womb.

We also showed the story of a mum who gave birth to FIVE babies after doctors told her she was ‘100% infertile’ at 19.

Connie Britton Wins Variety Icon Award: My Goal Has Always Been to Reflect Women Back to Themselves