Russian cat walk stars Masha and Dasha Ledeneva, both 15, were diagnosed with anorexia after appearing on a Moscow talk show last year. 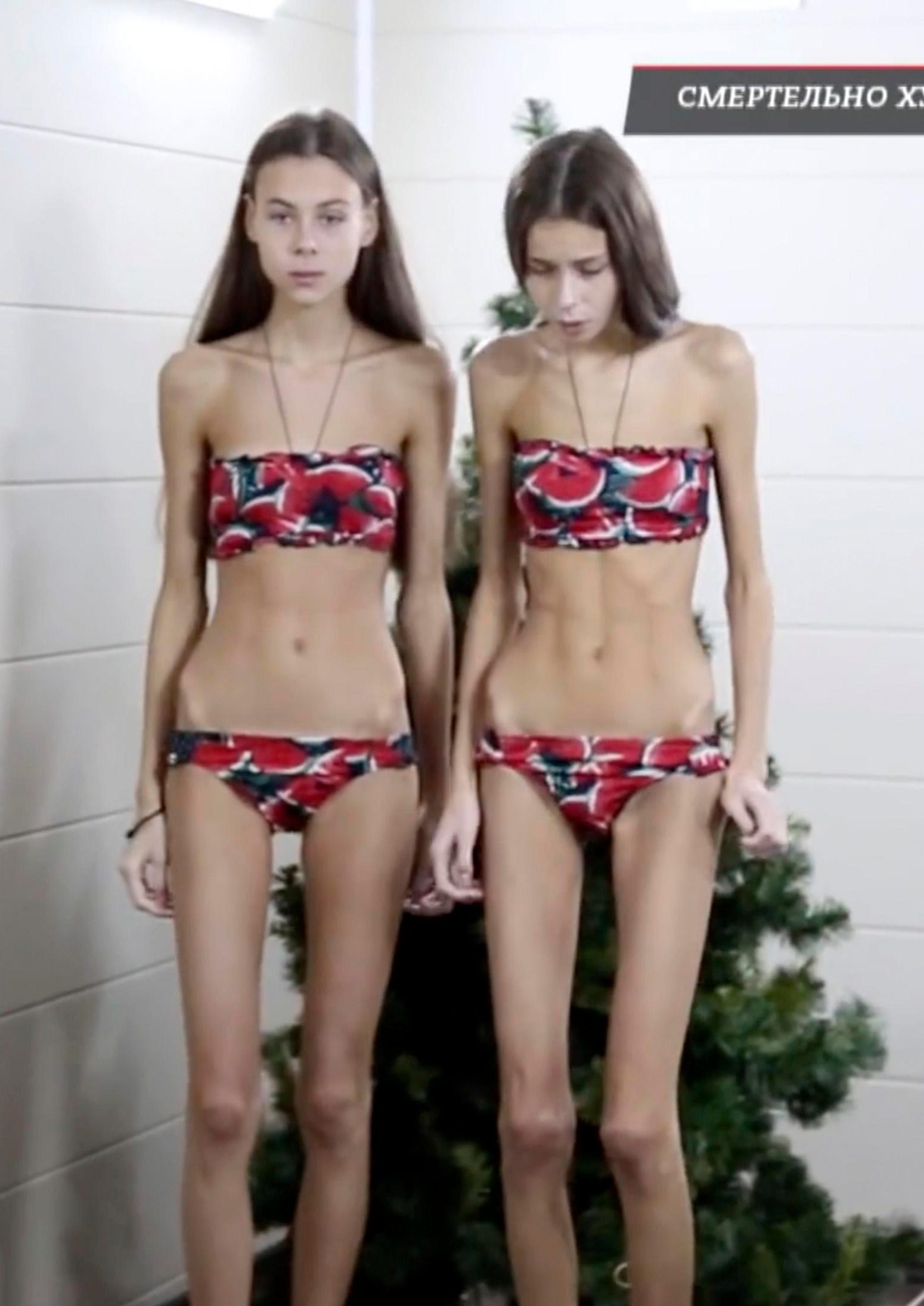 As the girls strutted around in bikinis, Dasha admitted she "feared putting on extra weight" – and both hung their heads in silence when asked if they were scared they might die.

Their gaunt frames caused crave concern for their health and when Dasha collapsed shortly after coming off the catwalk, the pair were rushed to hospital.

They spent their 15th birthday there and the majority of the festive season, after a doctor said their hearts were in danger as a result of their dramatic weight loss.

Dasha's weight had dropped to just 5st 11lbs (36.8kg) after pressure was piled on them to lose weight if they wanted a successful career as a catwalk model. 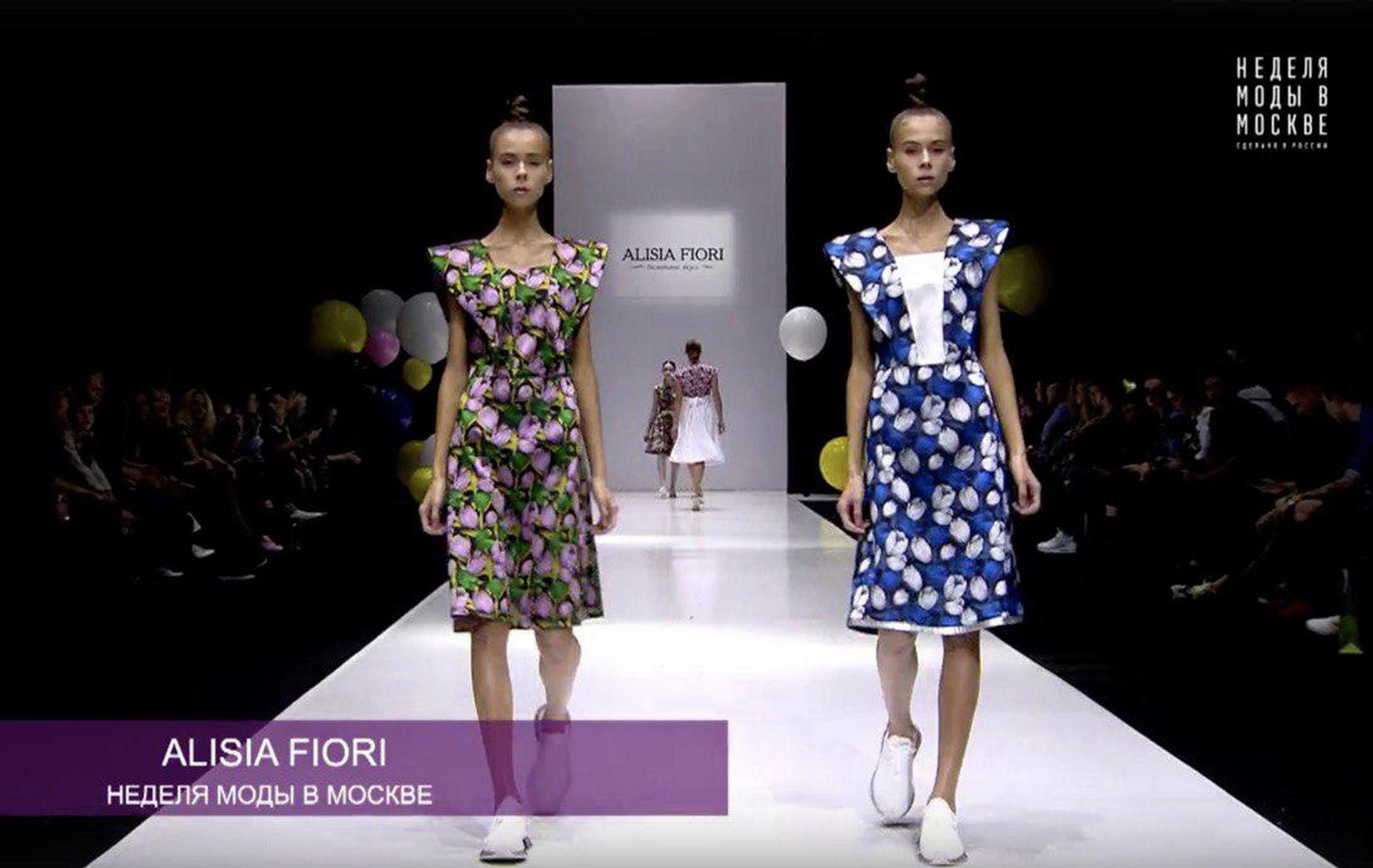 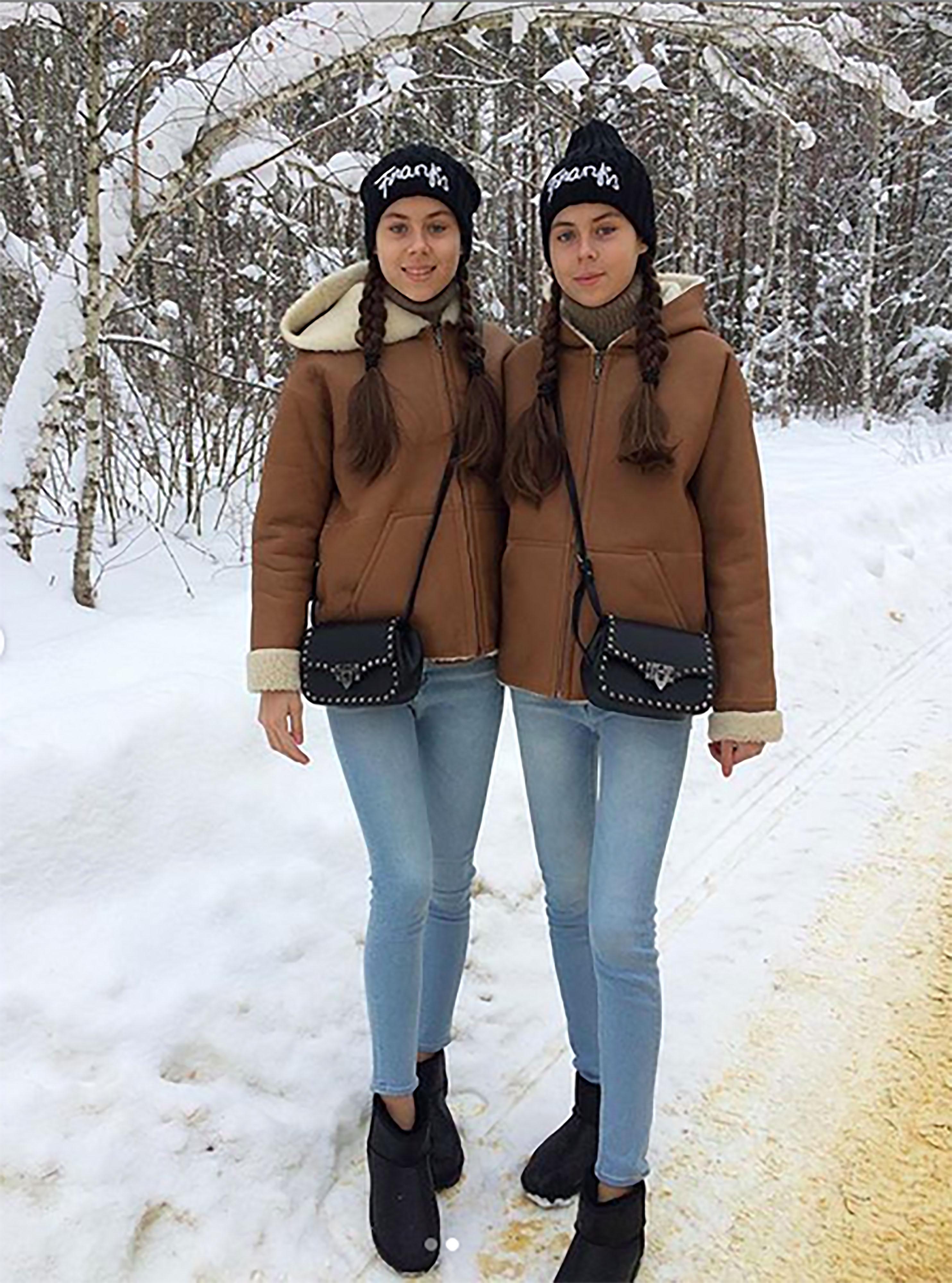 Masha said they had been told to "lose a couple of kilos each" when when they weighed 7st 12lbs (50kg).

Dasha already weighed less than her sister, but thought she too should lose weight if her sister was.

The twins thanked Russian campaigner and former reality TV star Marina Kokhno – who publicly fought for them to receive emergency treatment – for saving their lives. 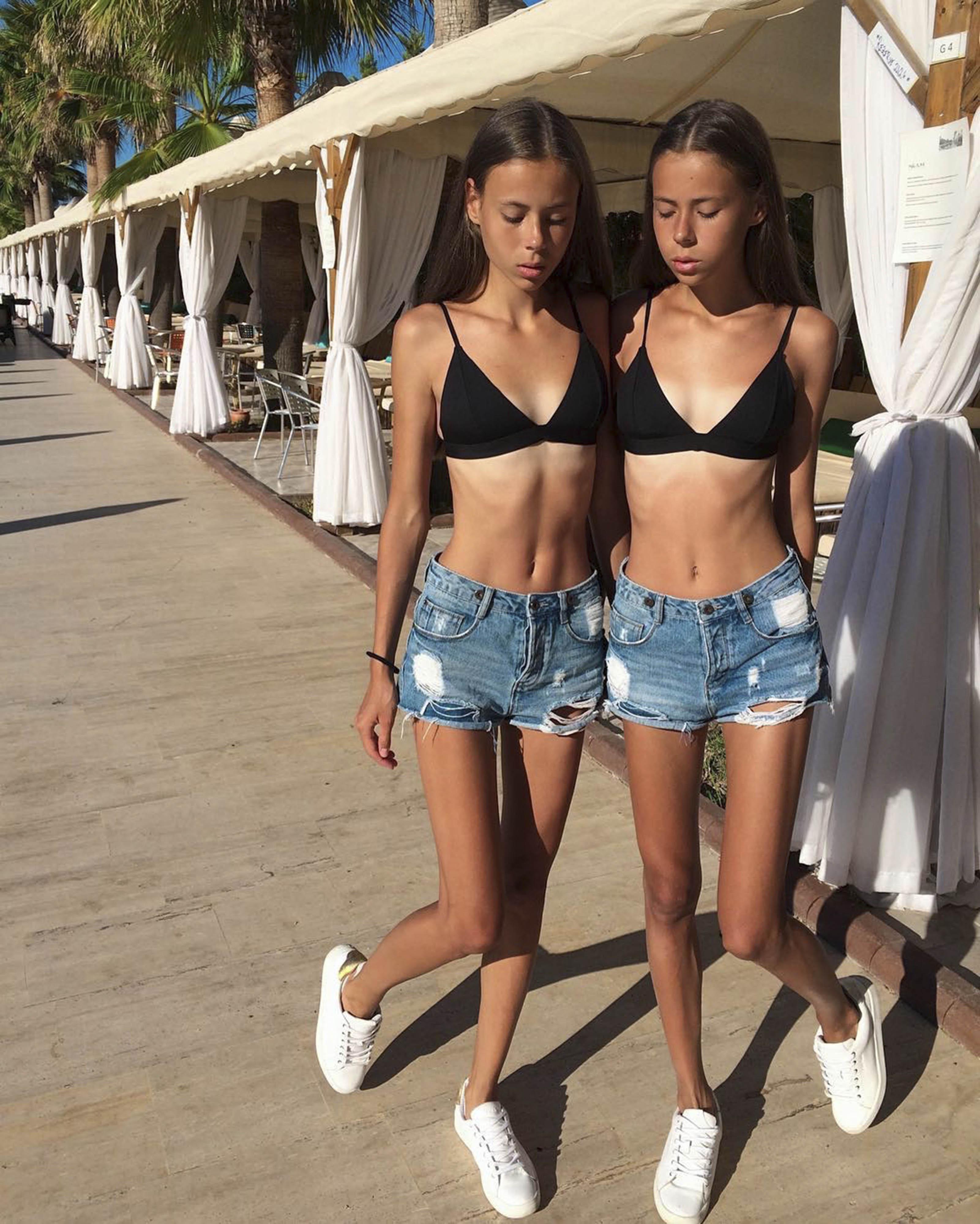 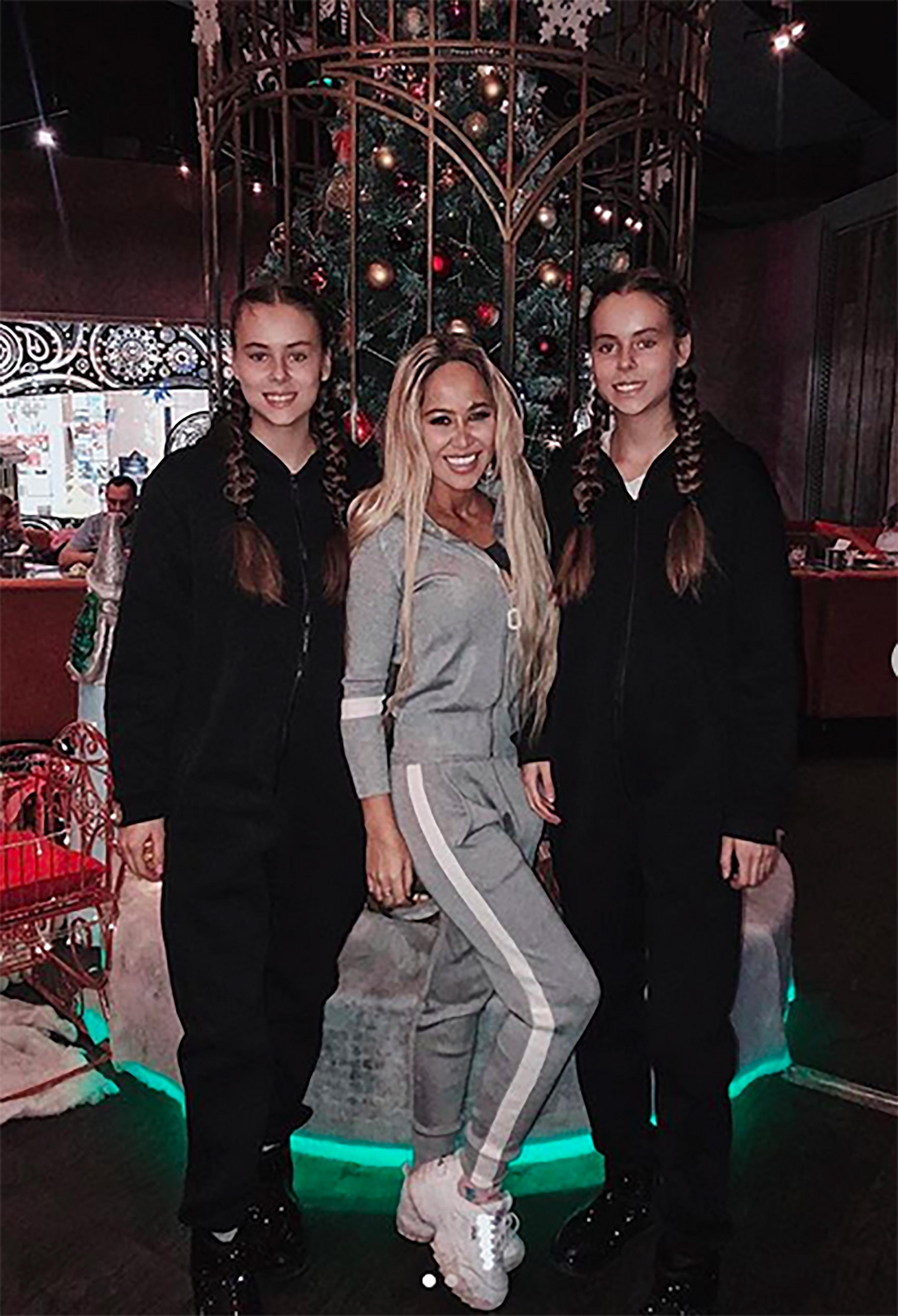 Kokhno overcame anorexia herself in the past, and posted on Instagram: "A miracle happened the day before yesterday – the twins were discharged from hospital.

"All of you remember in what a grave state the girls were when we brought them to Moscow and they were diagnosed with anorexia.

"Today we all sat together in Chaihona (restaurant) having a pizza."

She added that Masha and Dasha are now preparing for a "new happy and healthy chapter of their lives". 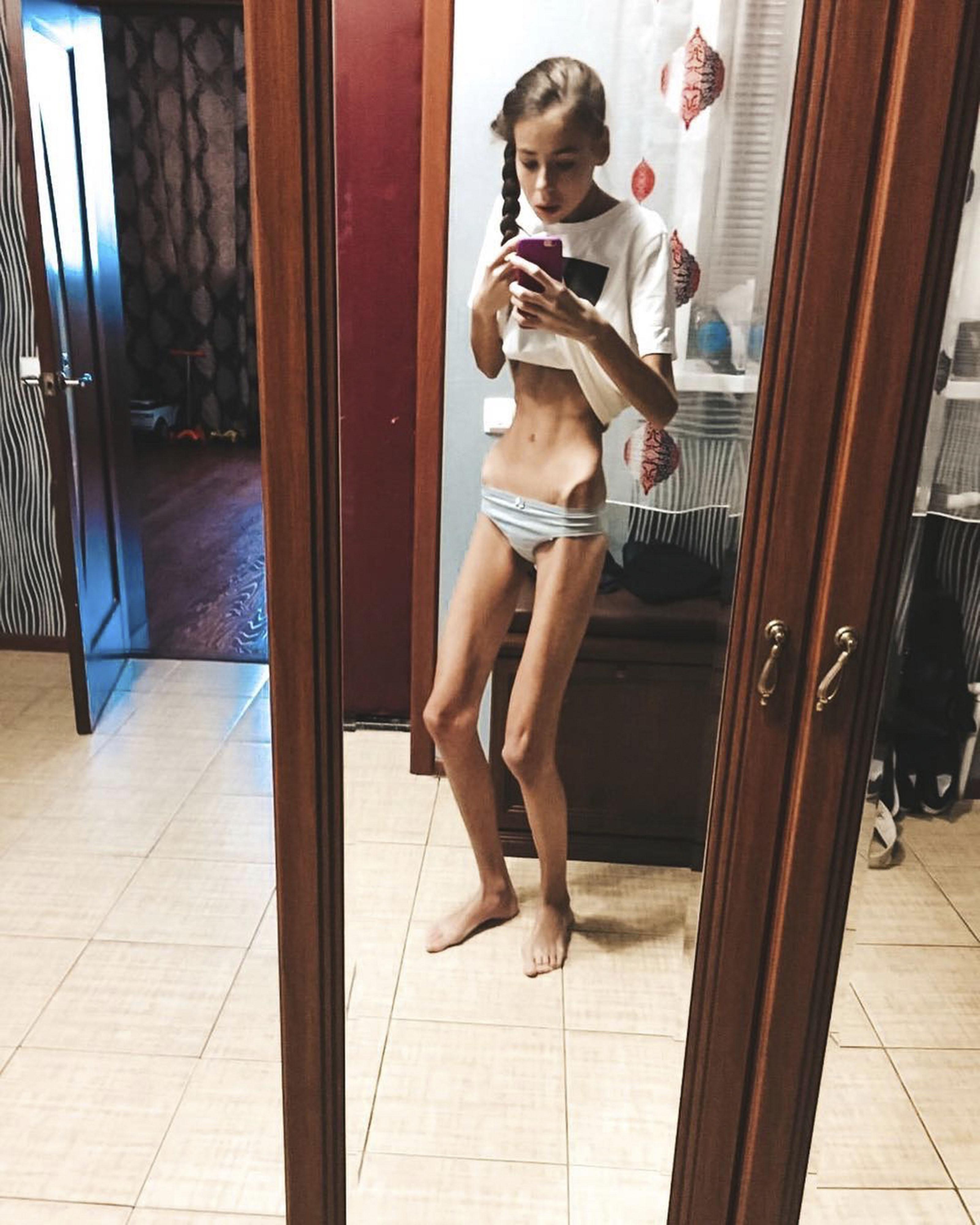 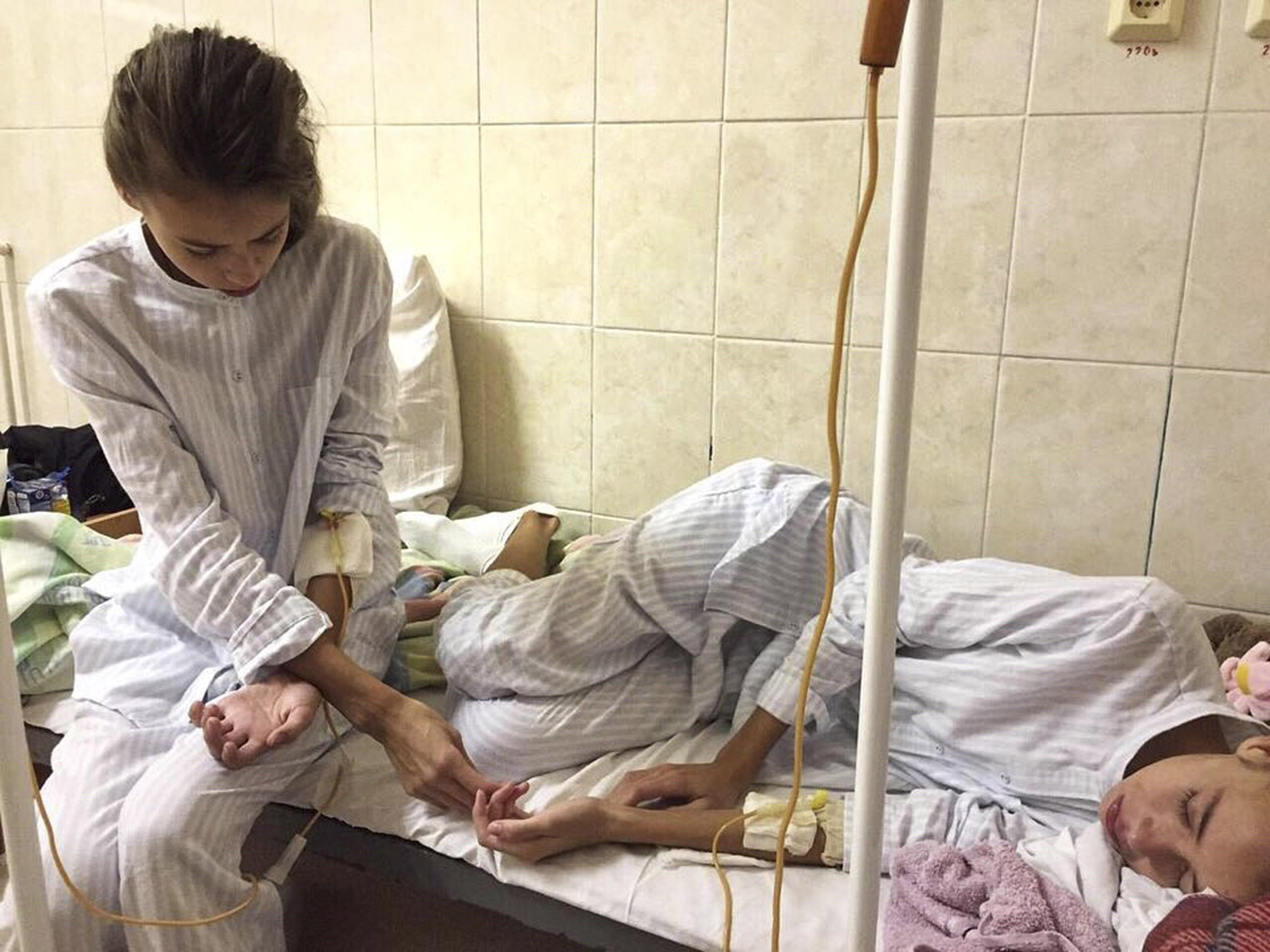 Dasha praised Kokhno for supporting them throughout their "difficult times", adding: "This experience showed us how to love life and who are our real friends are.

"I want to say huge thanks to (Maria Kokhno) – you are the best. We feel great."

Following their appearance on Russian TV, Oskar Kuchera, a presenter on state-run Russian channel NTV, described the twins as "only skin and bone". 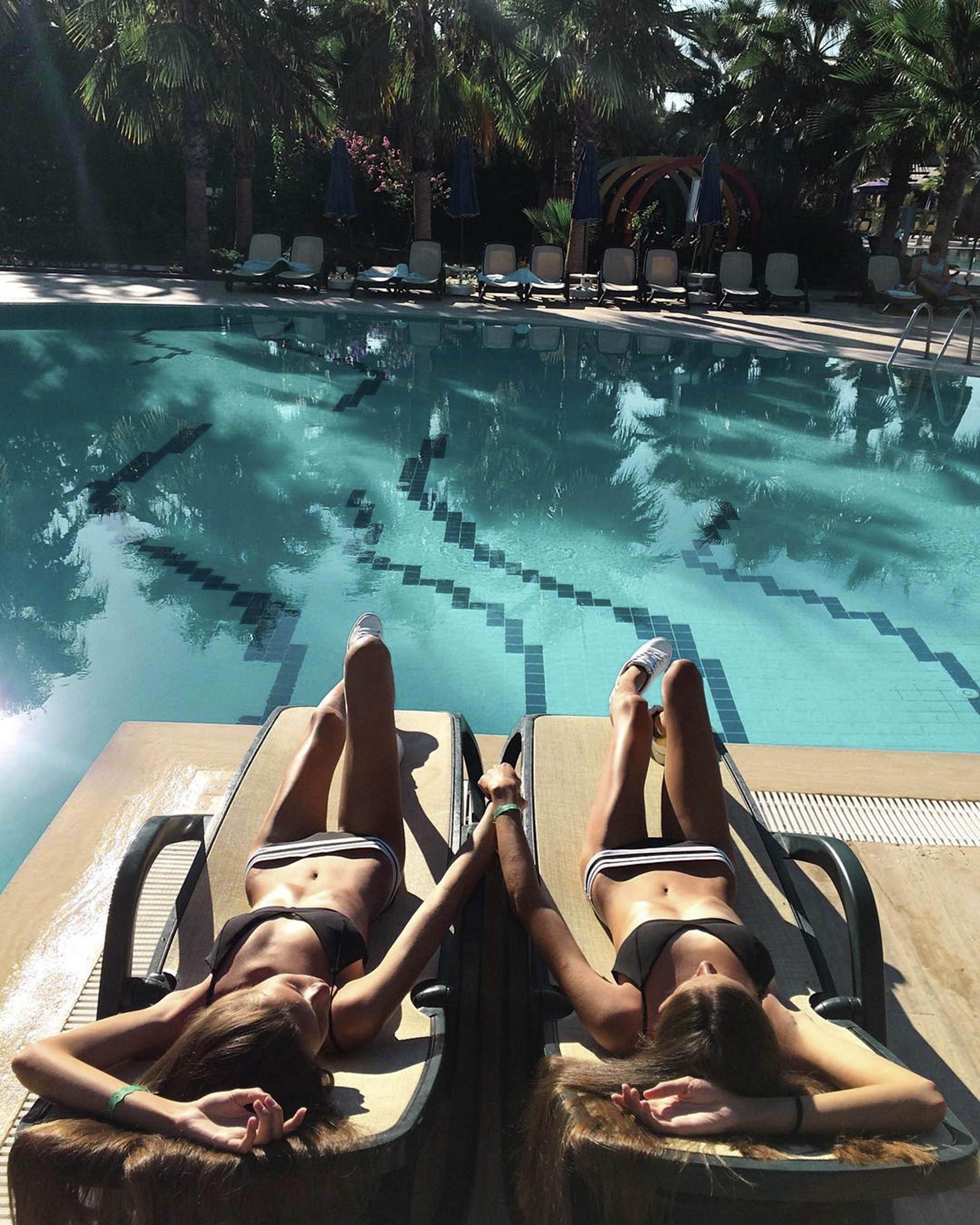 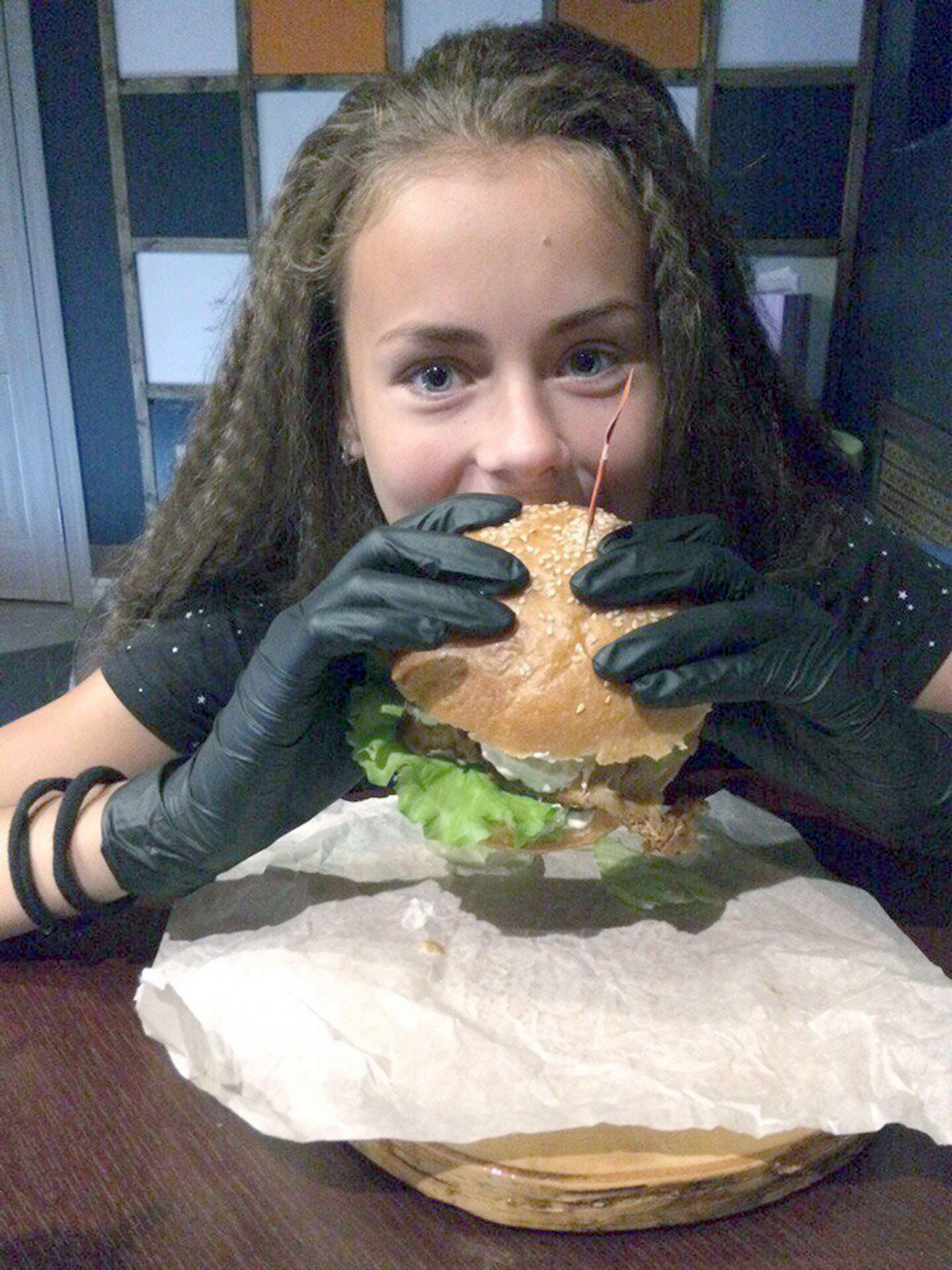 She said they "didn't notice the moment when they turned into living skeletons", adding: "The attractive long-legged twin sisters were catwalk stars at the age of 14.

"Today they are barely standing on their feet. They don't have enough strength to keep their heads up."

The twins' mum Natalia said it was the fault of the head of their modelling school and agency for urging the teenagers to lose weight and recalled carrying the girls into hospital with her husband.

"I was crying all summer long, every single day," she said.

"Natalia just did not want to believe that her girls were ill," she said. 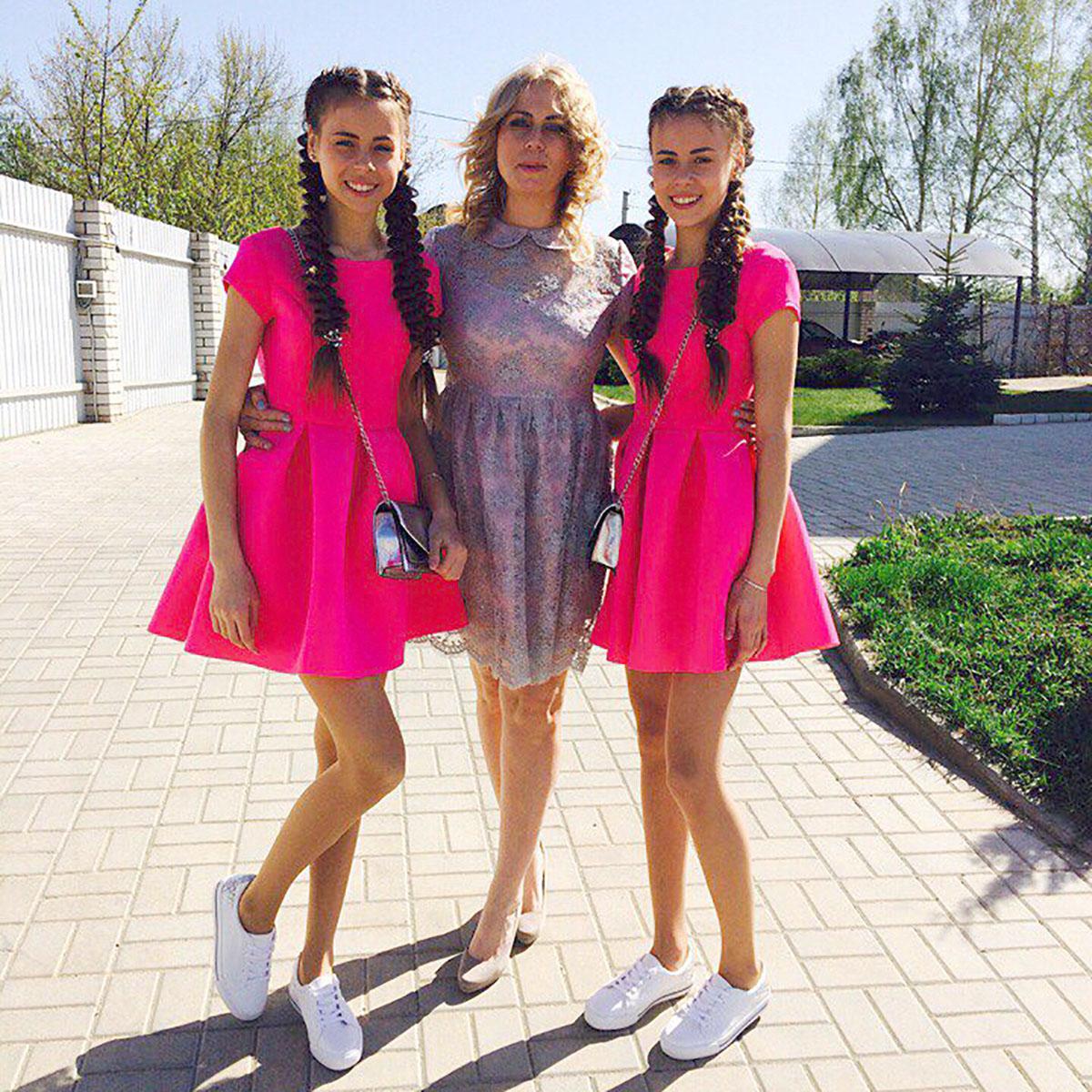 "I don't want to blame her but everybody knows that she is guilty."

We previously told how an anorexic teen given two weeks to live revealed she only ate 120 calories a day following her mum’s tragic death.

Meanwhile Little Mix star Jade Thirlwall has spoken out about her struggle with anorexia, which resulted in her being hospitalised.