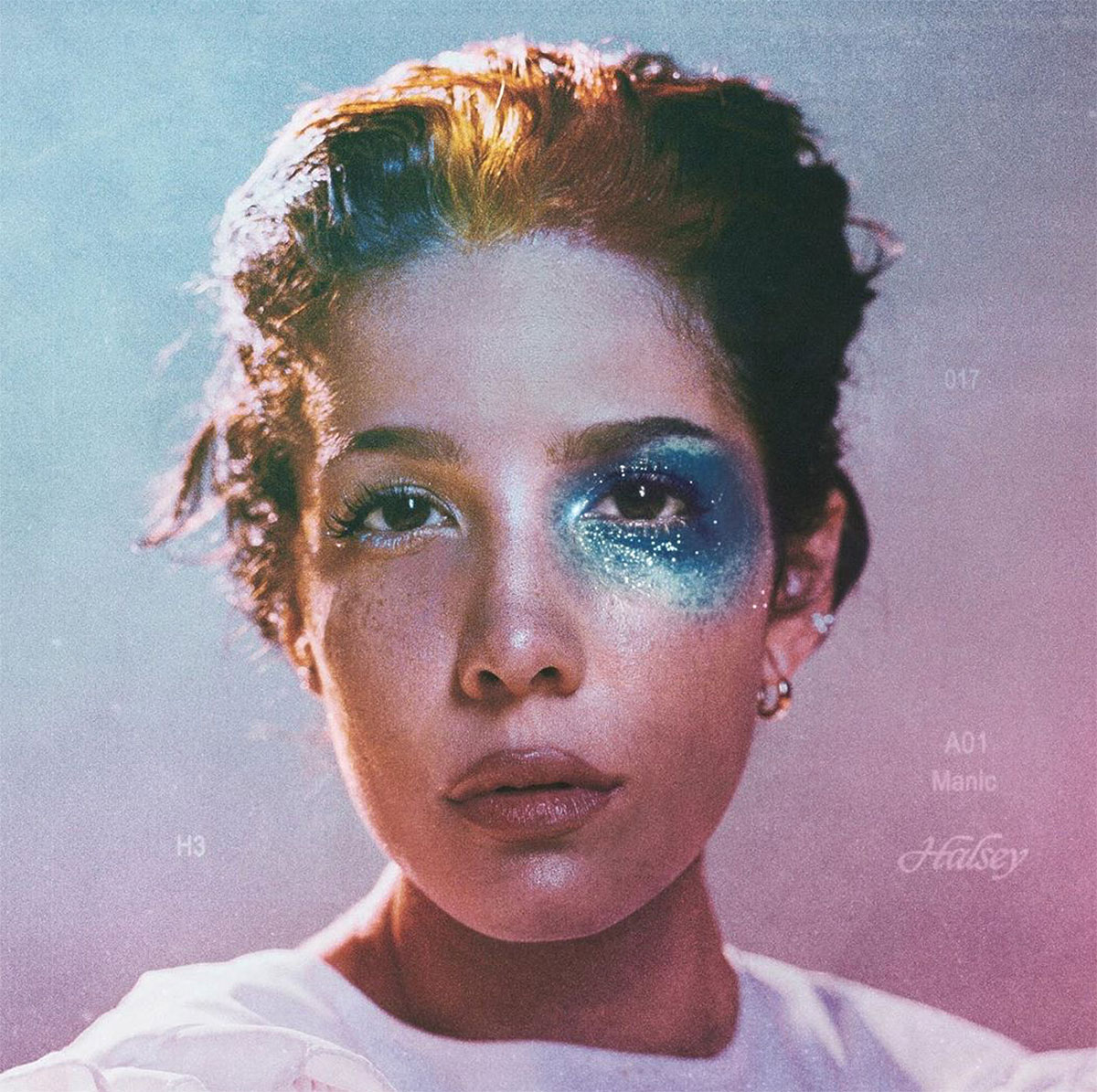 Halsey recently dropped her Manic album and the cover art — featuring the songstress rocking a glimmering blue eye — is just as good as her hit songs.

In a video Vogue dropped on Wednesday, January 22, the “Without Me” singer shared her idea behind the memorable look and how exactly she created it — because yes, she did it all herself.

“When I was coming up with the concept behind the album cover the ‘black eye’ was a really important part of it,” she explained. “I think the black eye is a universally recognized sign of pain or trauma or abuse.”

She continued that this coincides with the message of the album, which is about past traumas she’s experienced and other things that held her back in her early 20s. After growing up and gaining a new perspective, she felt that she could say what she had earned the right to stand up for on this record. “I wanted to do it in glitter, kind of to make it something… almost like a badge, a badge of honor for what I’ve been through.”

As the album cycles forward, she says the eye goes from black glitter to red to yellow, showcasing the stages of a bruise healing. “So hopefully in a year, you guys will see me running around with a face full of yellow glitter instead.”

In terms of actually achieving this, she applied NYX Cosmic Metals Lip Cream in Comets Tail all around one eye using a small brush. Then she pat on loose blue glitter over NYX’s Glitter Primer to help it stick. For a bit more pop, she then used Anastasia Beverly Hills glitter in white around the outer edges of the blue and around the other eye.

To finish her eye makeup, she used two mascaras, one to darken and the other to lengthen, before topping it off with Ardell Lash Wispies.

“Before I was a musician, I was really set on going to art school. A lot of people don’t understand how alike painting and makeup are,” she said. “A lot of it is knowing colors, understanding analogous colors. You know using green to cancel out red, using yellows in your blues and purples and being good with a brush, which is super super important and an underrated beauty skill.”

The Stand's Katherine McNamara Unpacks Julie's Wild Entrance: 'It's What Not to Do' in the Apocalypse

The Spring Trends Taking Over in 2021, According to Experts