Demi Lovato and Ariana Grande go way back. While the two have similar careers — both starting out as child actors before taking the music industry by storm — they’ve never seemed to be competitive when it comes to their music. Lovato and Grande have been outspoken in their support for each other, but, of course, they’ve dealt with their fair share of rumors about them being on the outs. This timeline of Demi Lovato and Ariana Grande’s friendship will prove they’re still BFFs through it all.

Their earliest public interaction goes all the way back to 2011, and, as small as the interaction was, fans quickly became interested in their friendship. At the time, Lovato was all over the Disney channel, while Grande was Nickelodeon’s "it" girl. Fast forward nine years, and both Grande and Lovato will be taking the stage to perform at the 2020 Grammy Awards. Just like their careers have flourished over the past decade, so has their bond. So, let’s take a look back on Grande and Lovato’s friendship timeline.

March 2011: A warm welcome back to social media

After Lovato took a brief break from social media, she returned to Twitter and got a sweet message from Grande.

December 2013: Rumors of a rift arise

Lovato stepped in to clear the air after a Twitter user claimed she said rude things about Grande. The person wrote that she saw Lovato — who she called "Demi Lavender" — at the airport, and claimed Lovato said she "sees people come and go all the time" and "Ariana is one of those people." Once Lovato caught wind of the since-deleted tweet, she shut it down perfectly.

November 2015: Reunited, and it feels so good

Lovato and Grande were all smiles while they snapped pictures together at the American Music Awards alongside Nick Jonas and Grande’s brother, Frankie, and grandma Marjorie. 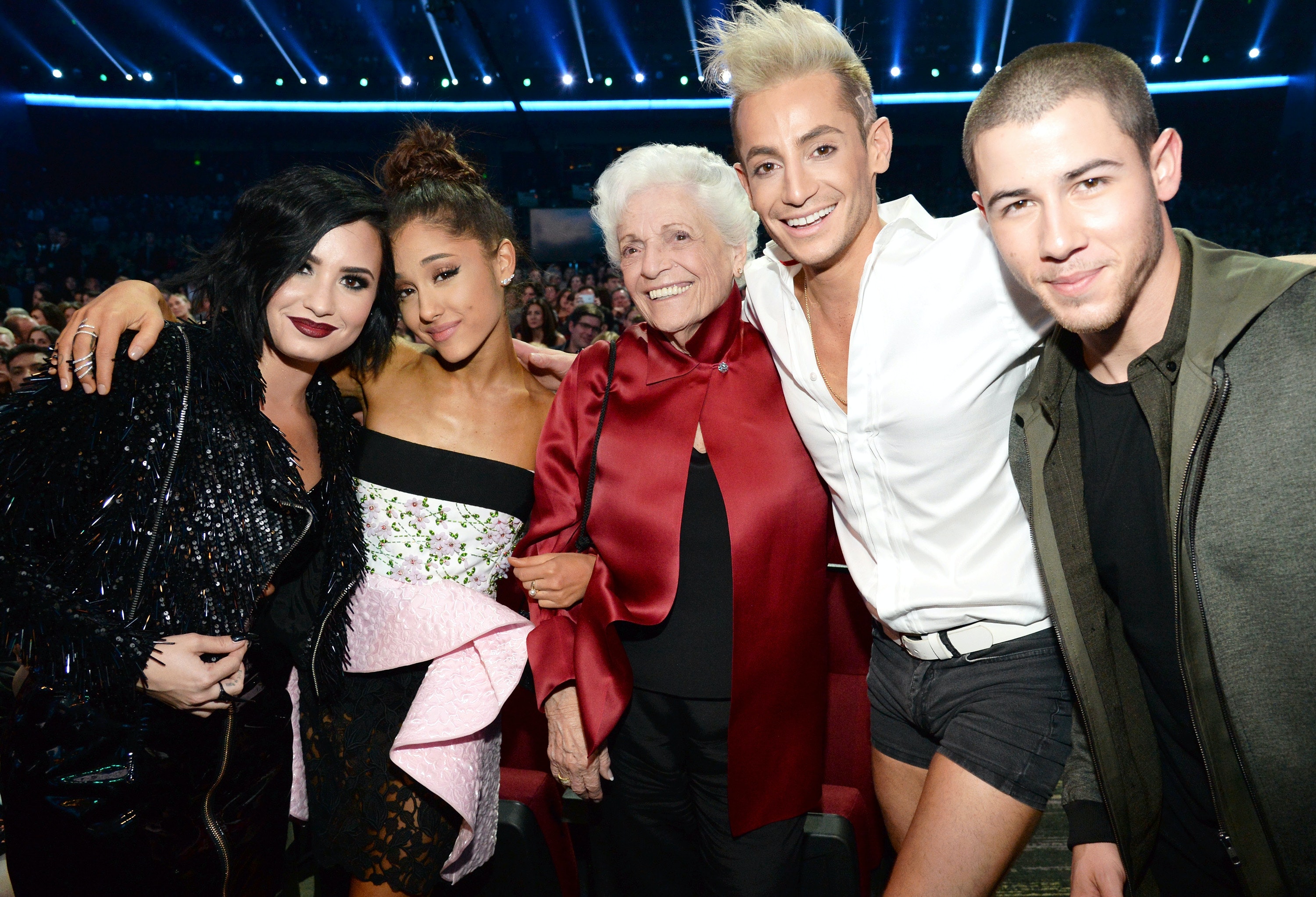 February 2016: A spooktacular girls night out

Only true friends would face their fears together: Like the time Grande and Lovato bonded as they hiked to the Manson murder house. They then exchanged hilarious tweets about their scary adventure.

When the star-studded lineup for the Manchester tribute concert was announced following the terror attack at Grande’s May 2017 concert, Lovato was noticeably not on the list of artists. In response to a fan’s question of why she wouldn’t be performing, Lovato wrote, "Cause I wasn’t asked."

The comment made fans believe Lovato and Grande were on the outs. But later, Lovato shared a tweet promoting the tribute concert, writing, "We all need to do everything we can to support," and that down all the gossip of beef between the ladies.

Hours after it was confirmed that Lovato was hospitalized following a drug overdose in July 2018, Grande showed her support on Twitter writing, "I love u @ddlovato." Grande’s mom, Joan, also penned a powerful statement about the situation.

February 2019: Grande reveals how often she talks to Lovato

Grande came to her own defense when a Twitter user called her out for publicly supporting Miley Cyrus but not Lovato, making it clear that her followers don’t see everything.

Lovato spent her 27th birthday dancing the night away at Grande’s Sweetener world tour stop in London alongside Scooter Braun and friends. Backstage, Grande led her backup singers and dancers in a pre-show prayer dedicated to Lovato. Following the concert, the pals joked around and celebrated with cake.

Okay, last one before bed. They literally filmed/sang happy birthday twice and @scooterbraun STILL forgot to press record 😂 @arianagrande’s face is everything and this video is a perfect glimpse of how fucking happy and rad my birthday is this year. So so happy. And I love my new family. Thank you guys, love you 🙏🏼🙌🏼

This was too sweet not to post…. before show prayer they did this for my bday 🥺😭 I’m so so proud of you @arianagrande. You fucking killed that!!! I love you tons 💕

Though Grande and Lovato don’t always broadcast their love for each other on social media, fans go wild when the friends do decide to share their fun times with the world. And if history is anything to go by, their next show of #BFFgoals is right around the corner.

Kristen Bell Seems Totally Unbothered By That Dax Shepard Cheating Rumor, Based On Her IG

Eric Schneiderman And The Myth Of The Irreplaceable Male Ally