EVERY family has their own special Christmas traditions – whether that's spending the entire day in matching festive PJs or opening all their presents at the crack of dawn.

And just because they're one of the most famous families in the world, the Royals are no different… although this year's traditions could look a little different. 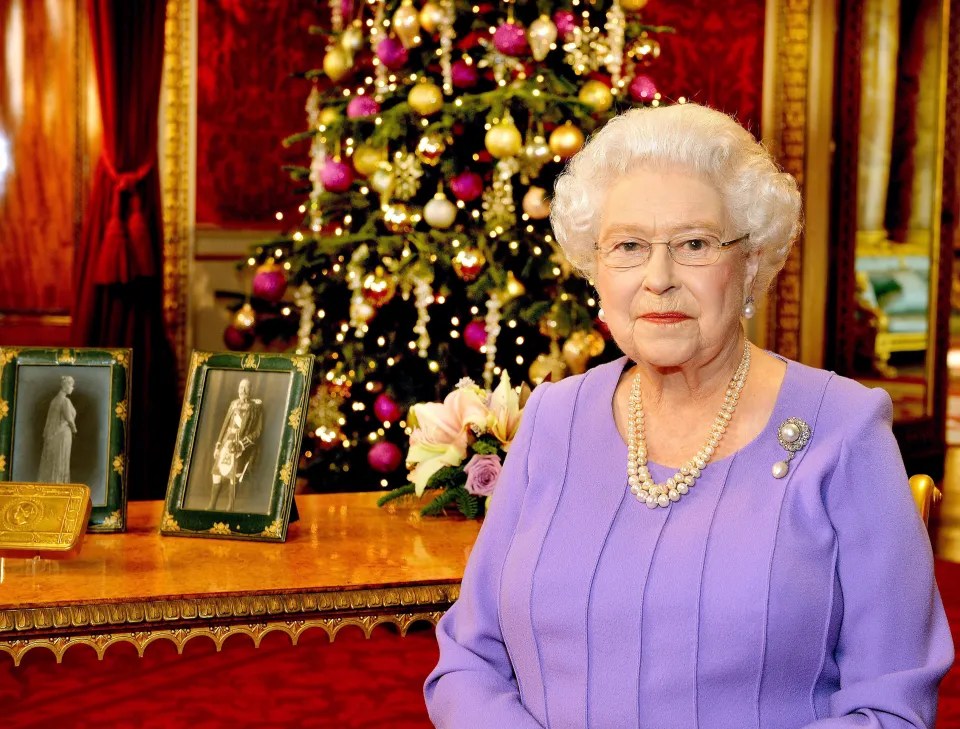 Her Majesty, 95, has been forced to scrap her traditional trip to Sandringham, Norfolk, as the UK battles rapidly rising cases of the Omicron variant.

Instead, the monarch will stay at Windsor Castle for the second year running.

But normally, the Royal Family would head to the Sandringham Estate in Norfolk on Christmas Eve to spend the special day together.

From WEIGHING every guest before and after their Christmas lunch to the corgis' personalised menu, here Fabulous takes a look at some of the Royal Family's more weird and wonderful festive traditions.

The most important members of the Royal Family arrive last 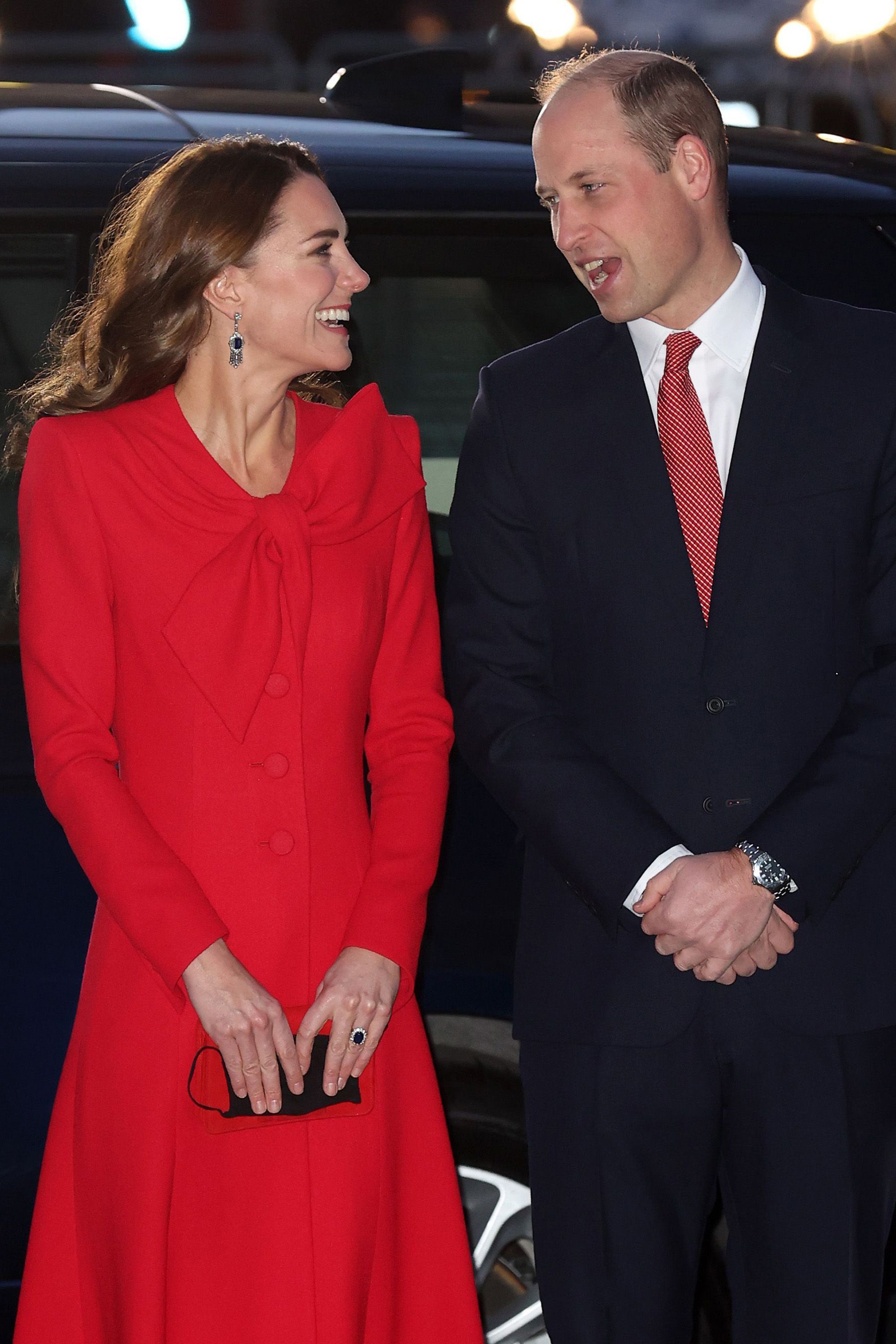 In previous years, our family members usually rock up as when they feel like it on Christmas Day.

But when you're a Royal, this all depends on your status in the family.

Speaking to Wales Online in 2014, royal author Brian Hoey revealed that members of the family are given a specific time to arrive a week before the celebrations.

He said: "Those family members who have been invited to spend the holiday with the Queen and Prince Philip are told by the Crown Equerry, who organises all transport, in what order they are to arrive at Sandringham, the Queen’s Norfolk estate, and at exactly what time. 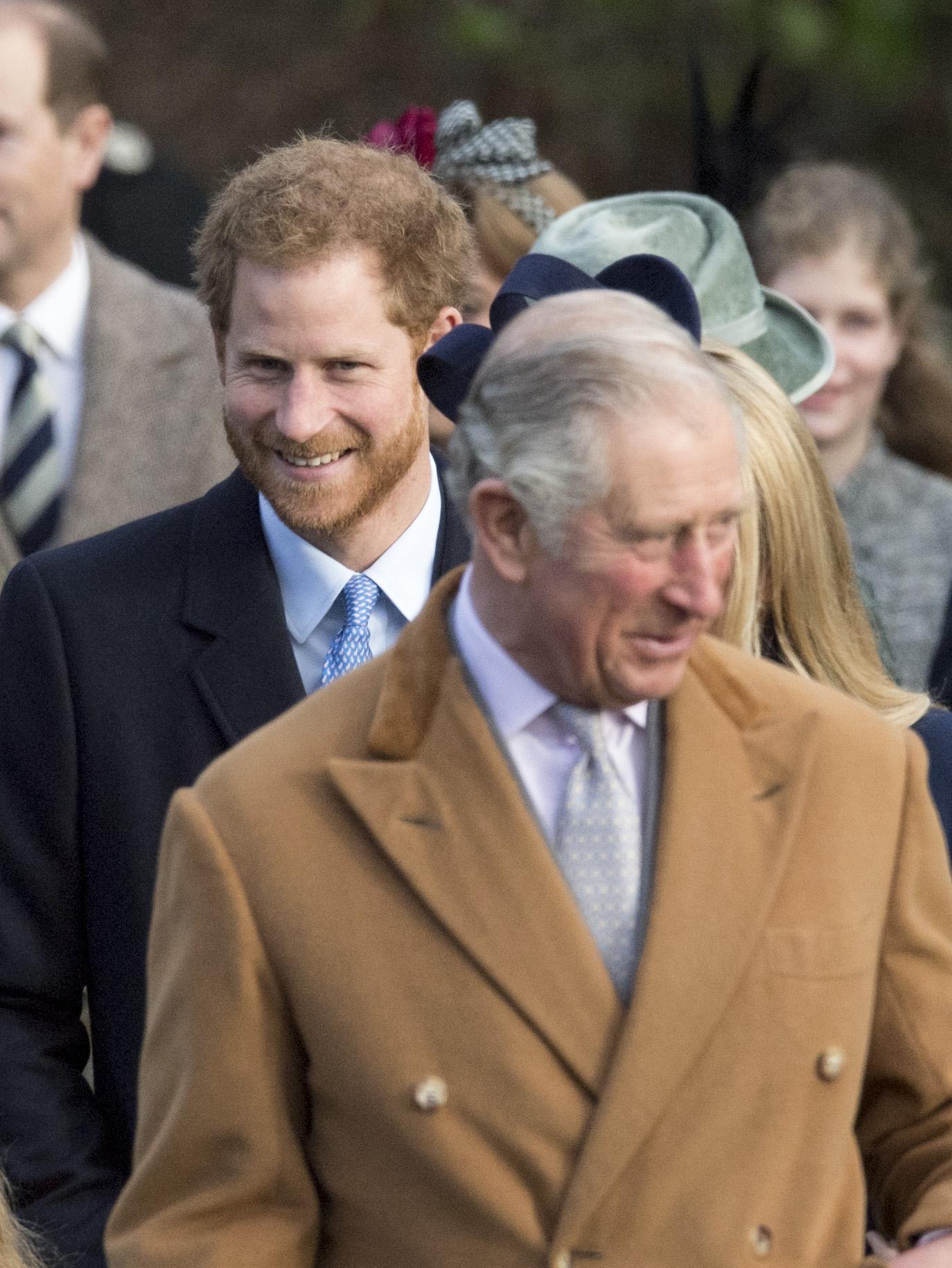 "Royal protocol being what it is, it’s all worked out according to precedence and seniority, with the most junior and least important arriving first and Prince Charles and the Duchess of Cornwall, the Duke and Duchess of Cambridge [and their children], the last to turn up."

Gifts are exchanged on Christmas Eve

We normally spend all of Christmas Eve telling the kids that they can't open any presents early – but after learning this fun fact about the Royal Family, we might just consider it.

According to royal expert Robert Jobson, the Royals exchange their gifts as a nod to their German heritage – as Queen's Victoria's husband Albert started the tradition back after their wedding in 1841. 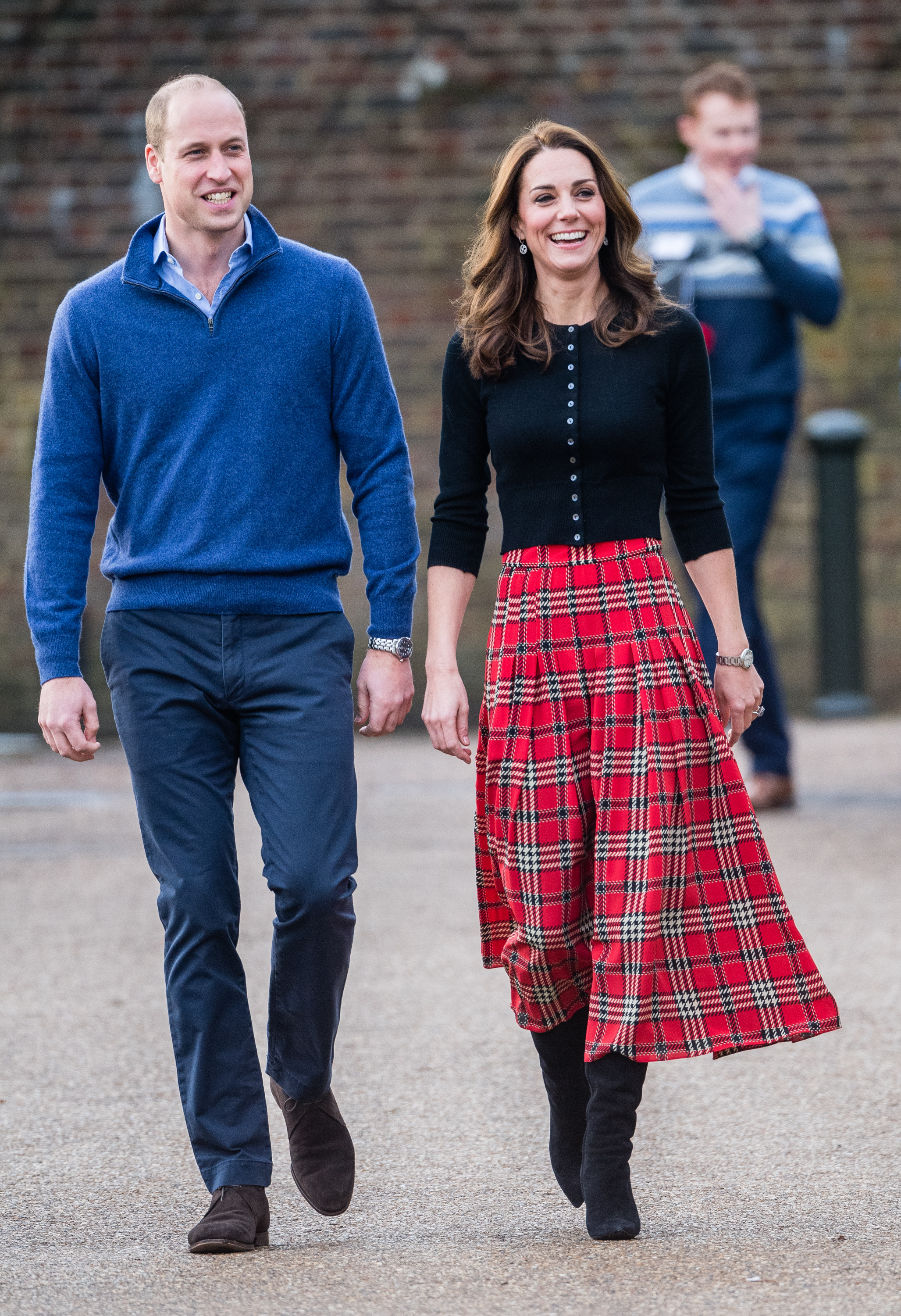 He told the Express: "Royals have done it every year since. On Christmas Eve when all the clan are together, the Queen’s grandchildren and great-grandchildren put the finishing touches to the 20ft Christmas tree in the White Drawing Room.

"Presents will be opened that day at tea time as the royals still keep to the German practice of opening their gifts on Christmas Eve."

Instead of shoving them under the tree, the family are invited to lay their presents next to their name cards on a linen table cloth in the Red Drawing Room.

Christmas Dinner isn't the only big meal of the day 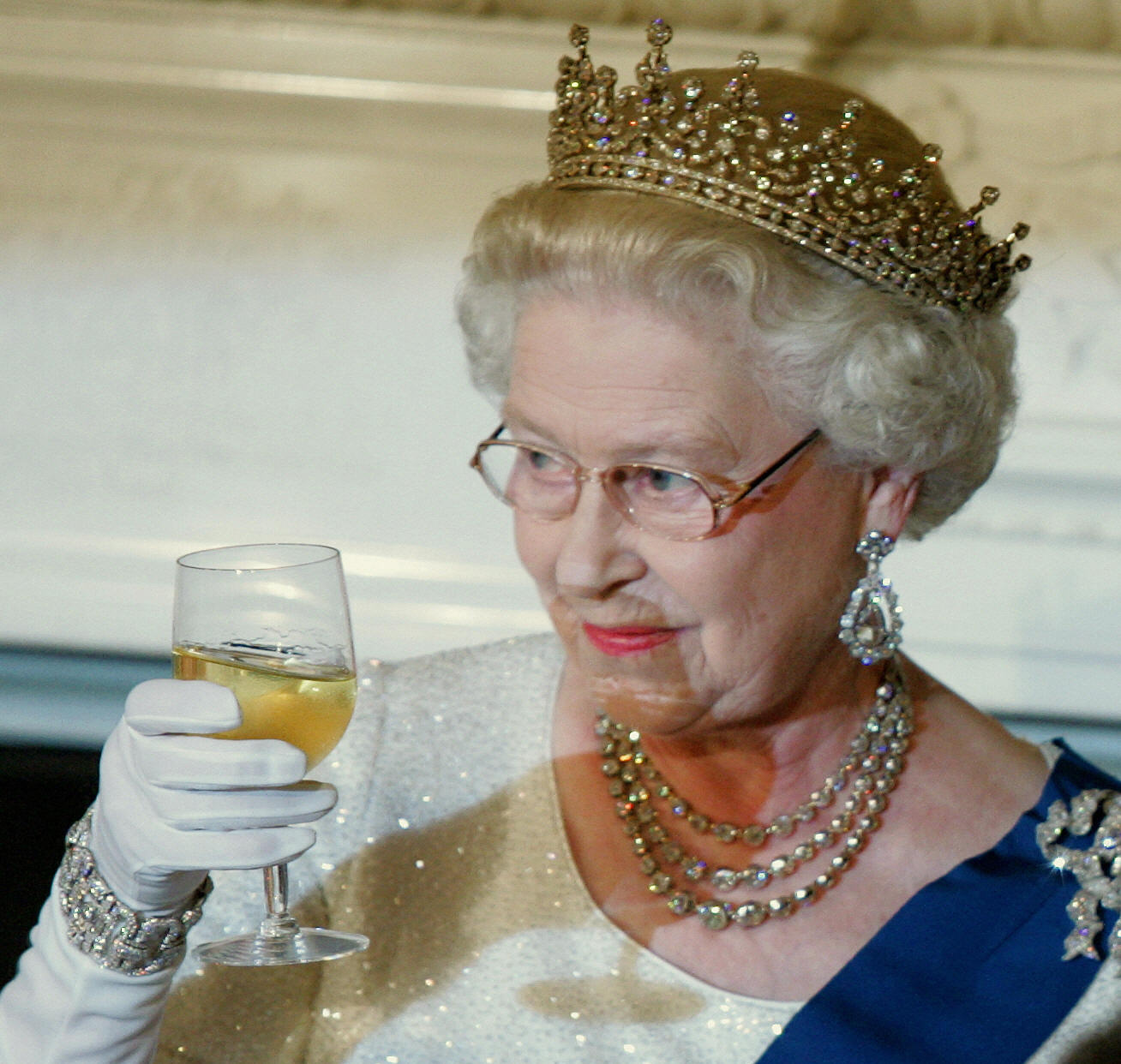 While most of us have a light dinner on Christmas Eve, the Queen goes all out and hosts a black tie banquet for her nearest and dearest.

With the men in tuxedos and the women in tiaras, the Royals reportedly dine on Norfolk lamb, shrimp and other produce from within the estate.

Former royal chef Darren McGrady – who worked for the family for 11 years – claims that the Royals are served a full English fry-up in their bedrooms the following morning.

And if that wasn't enough, the chef told the Daily Mail that the family also followed up their Christmas lunch with wild BOAR for dinner.

He said: "When I was there it was traditional, Old English cuisine: a stuffed boar’s head on platters, ox tongue and boiled and roasted hams, salmon and game. Potatoes tossed in hollandaise sauce, sliced tomatoes or green leaves suffice as an accompaniment."

Even the corgis have a personalised menu 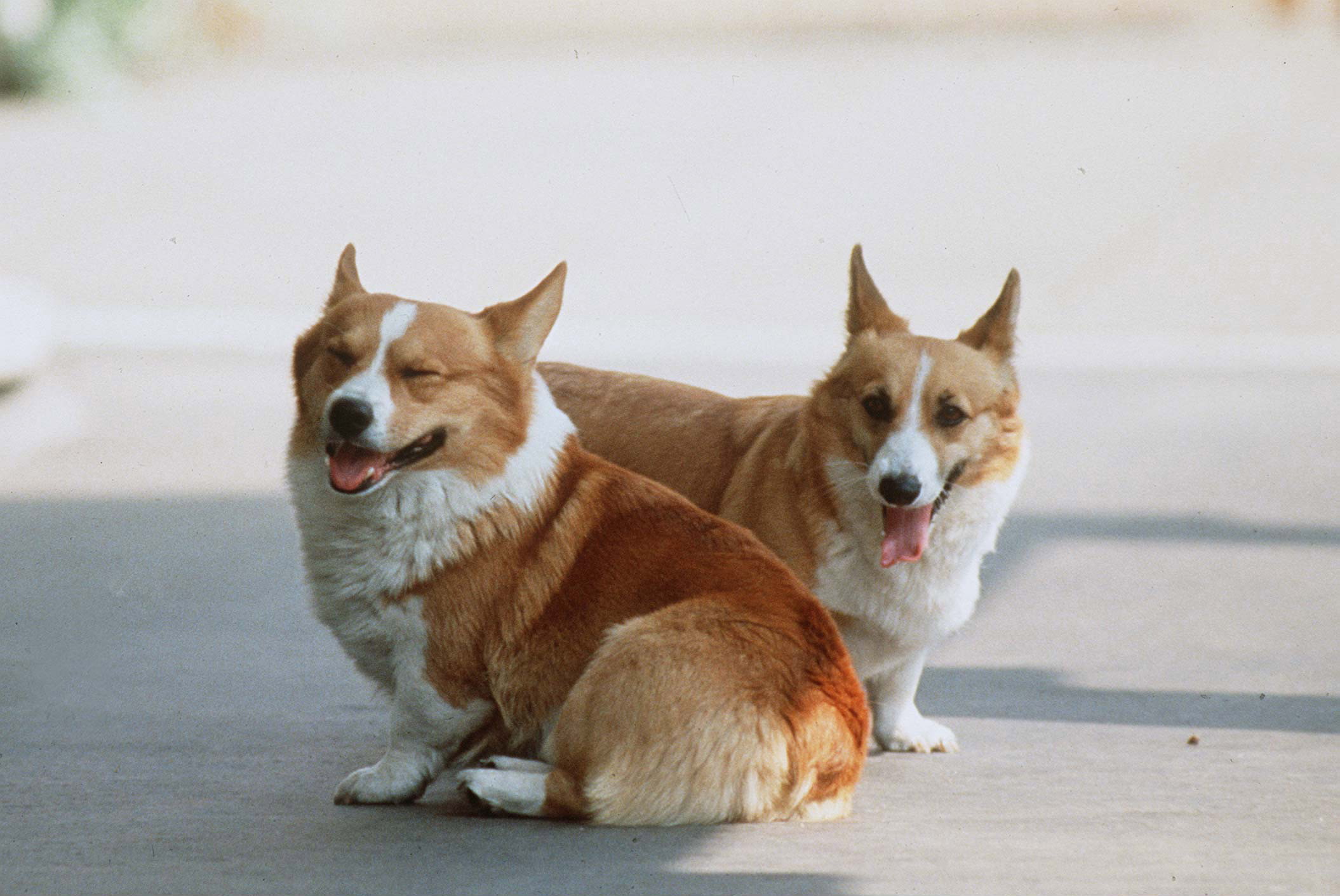 As we're sure all animal lovers will agree, pets really are part of the family – and The Queen ensures her beloved corgis have a special Christmas treat too.

The former chef claims Her Majesty's dogs were given a special Christmas meal too which consisted of the freshest local produce.

Darren wrote: "Even the corgis – there were 12 when I was chef – have individual menus, usually involving a rotation of fresh rabbit, beef or chicken with rice and cabbage.

"We’d jokingly refer to the footmen responsible for the dogs, both named Paul, as ‘Doggy One and Doggy Two’."

Every guest is WEIGHED before and after Christmas dinner 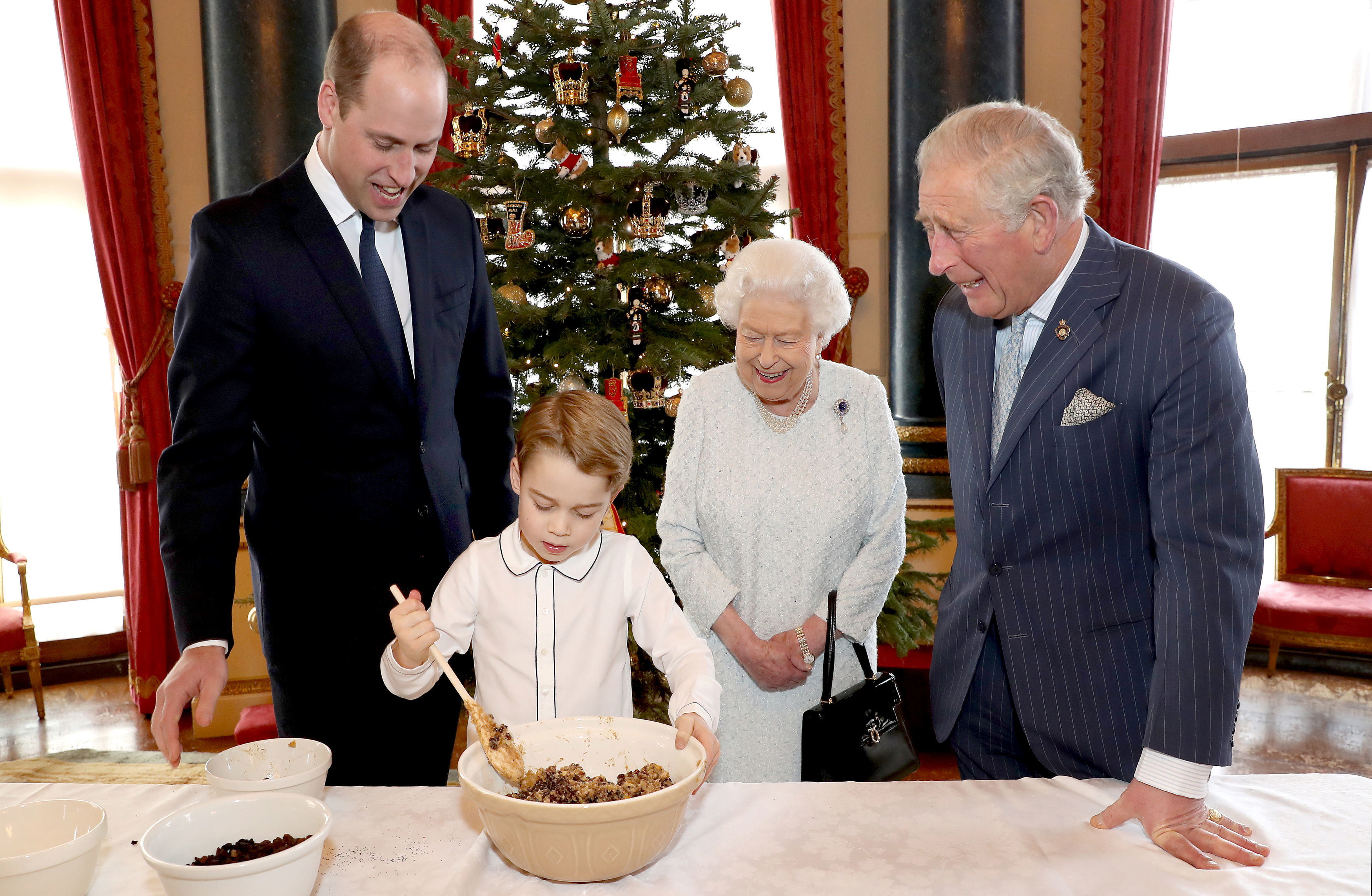 Admit it, we all like to boast about how much food we can tuck away on Christmas Day – but in the Royal Family, you have to put your money where you mouth is.

In 2018, royal expert Ingrid Seward Ingrid told Grazia that The Queen asks each of her guests to "weigh themselves" using a pair of antique scales when they first arrive at the Sandringham estate in Norfolk for the Christmas period.

But this is all to make sure guests are having a great time – and they're weighed to make sure they're being "well fed".

The tradition dates back to King Edward VII's reign in the early 1900s – and applies to all members of the royal clan.

As the festivities undeniably revolve around eating, the Royal Family first enjoy a turkey dinner with all the trimmings before indulging themselves in an afternoon tea complete with a "gargantuan iced cake".

Staff presents are purchased in MARCH 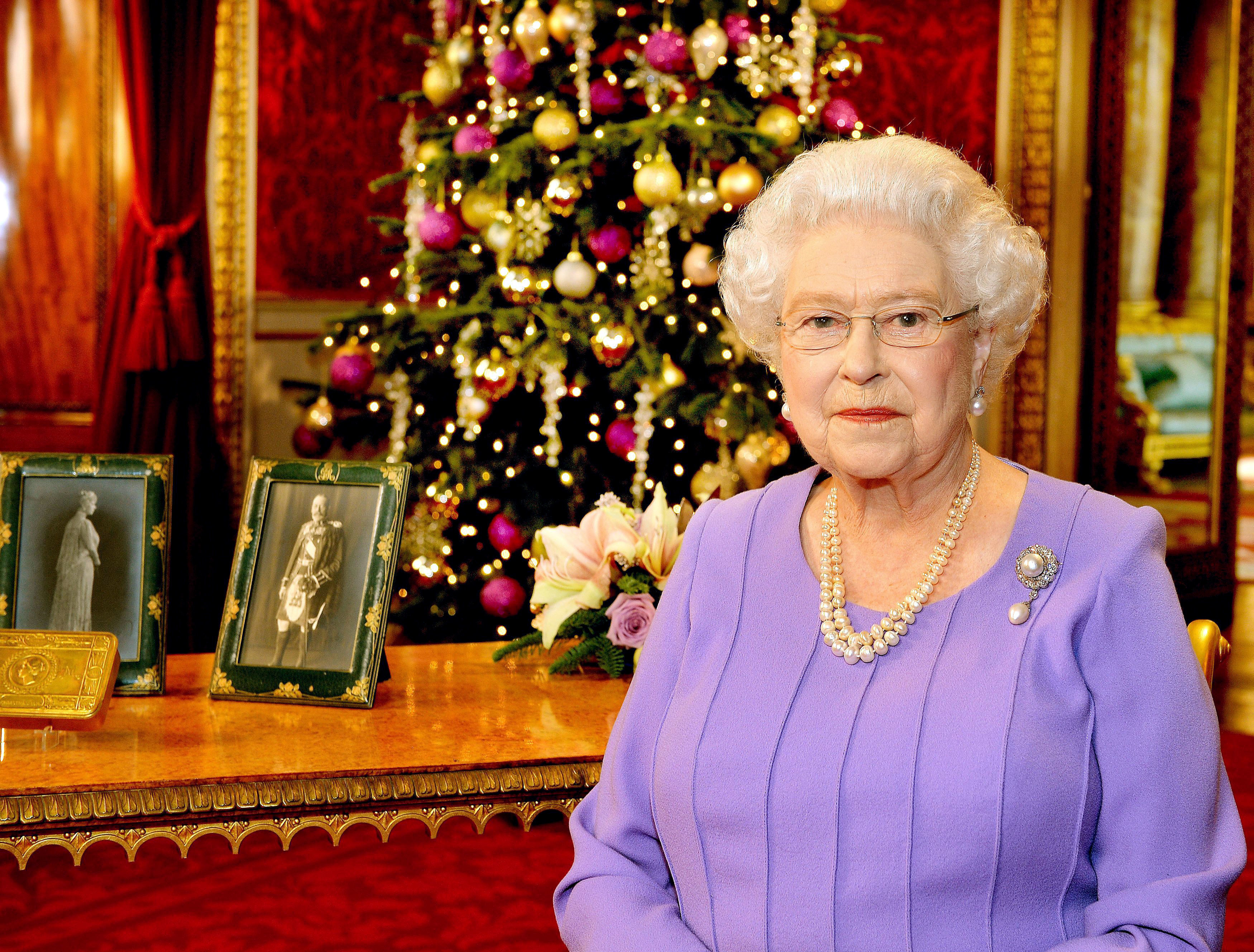 There's being organised with your Christmas shopping – and then there's the Queen.

Royal expert Brian Hoey claims Her Majesty has previously asked her chief housekeeper to ask staff for their Christmas wishlists as early as March.

He wrote for The Express: "They get to choose their own present – with a couple of conditions. First, they have to have been in royal service for more than a year, otherwise they don’t qualify.

"Next, they cannot have anything – as Prince Charles might put it – 'above their station'. This means the most junior staff can have a gift worth £28, increasing year by year to a maximum of £35." 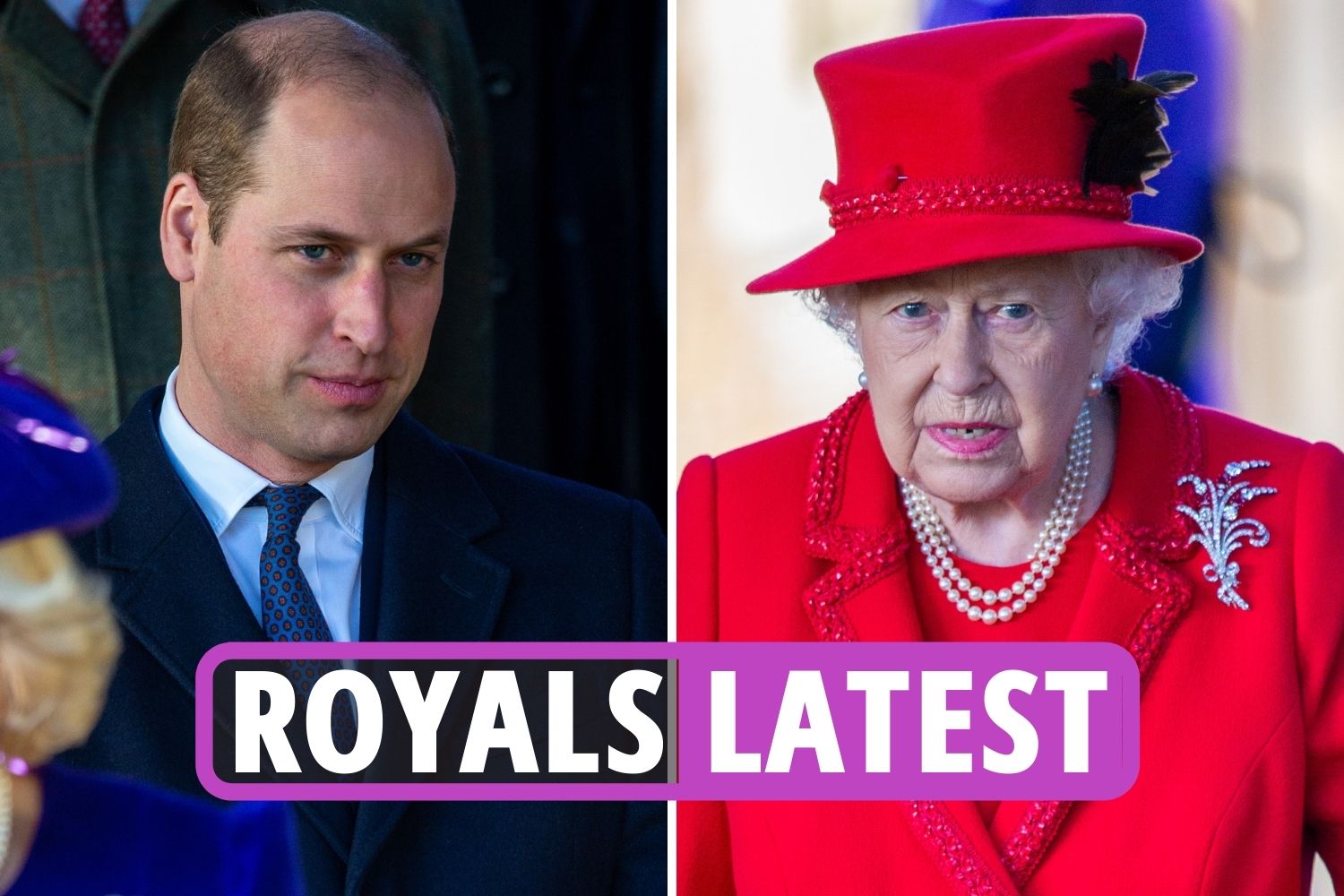 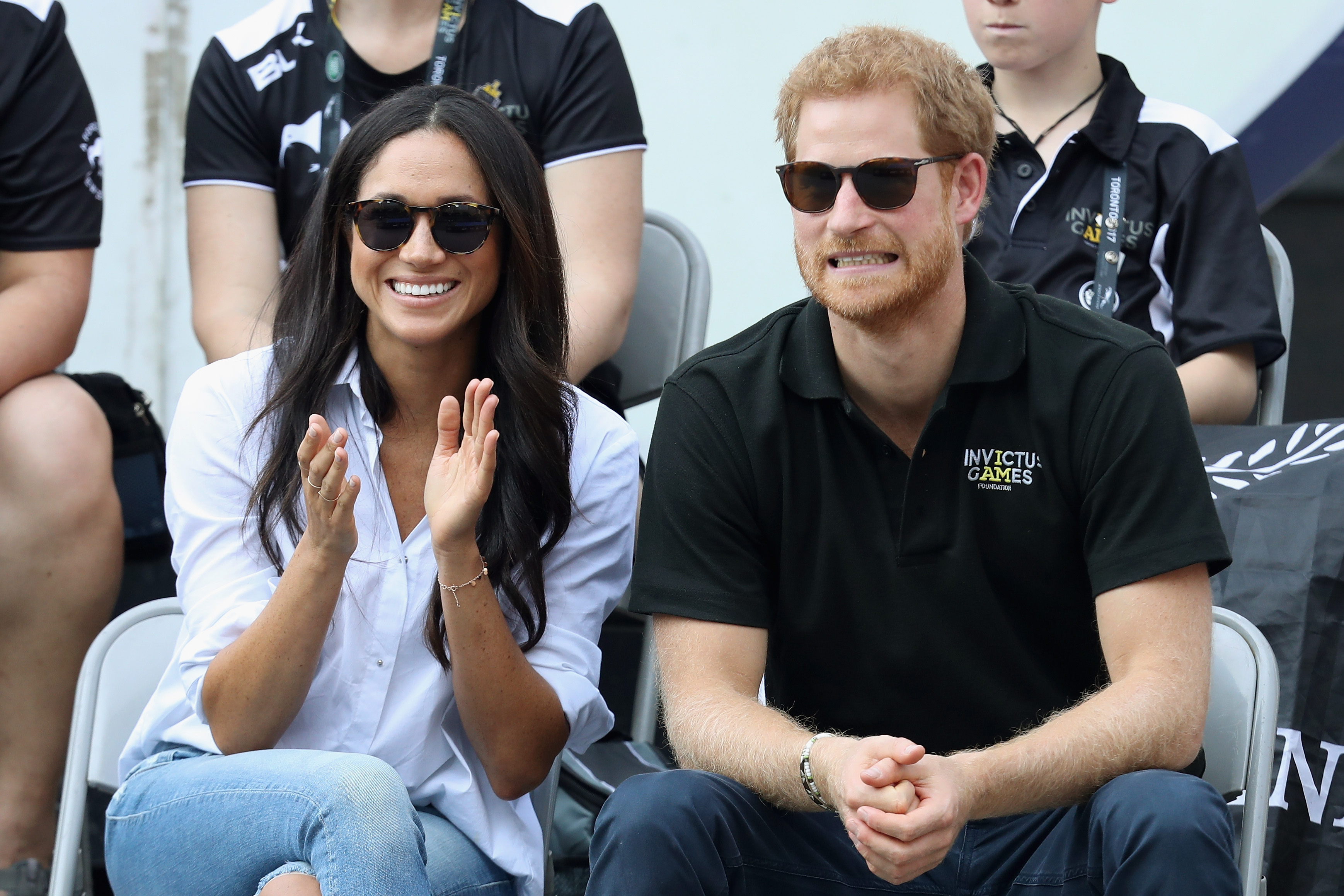 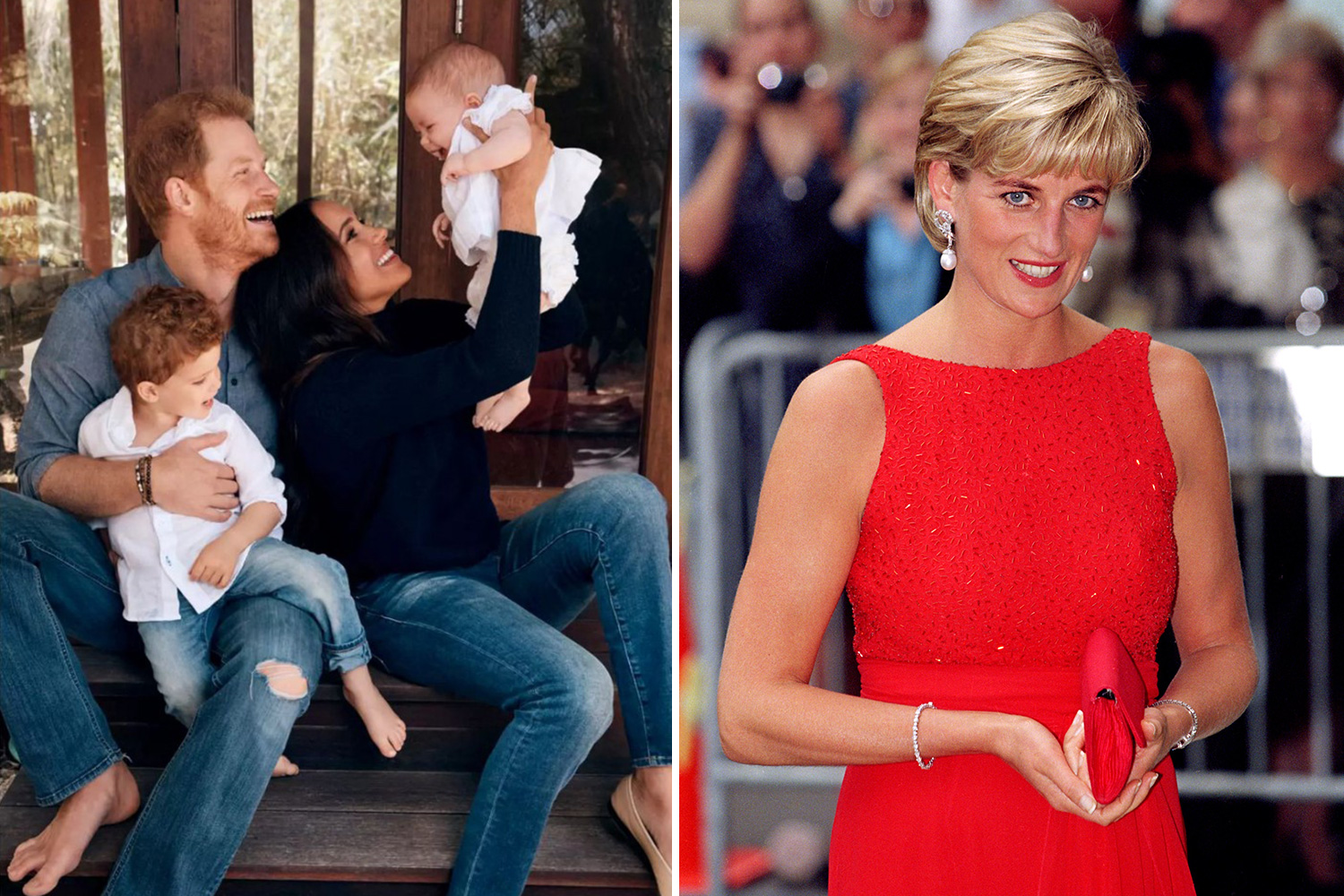 In more Royal Family news, this is the sweet promise Prince William made Kate Middleton before they got married – and he’s kept it.

How unlucky-in-love Kelly Brook finally found The One after dating a Hollywood hardman, rugby star and an ex-Gladiator

We Hate to Tell You This, But Bubble Skirts Have Returned

‘Days Of Our Lives’ July 24: Abby Tells Chad About Baby, Steve Is Out Of Surgery, Ben Weston Released [Recap]