As any lone parent knows, finding time to have a personal life isn’t easy, so we’re stepping in to make romance a priority. 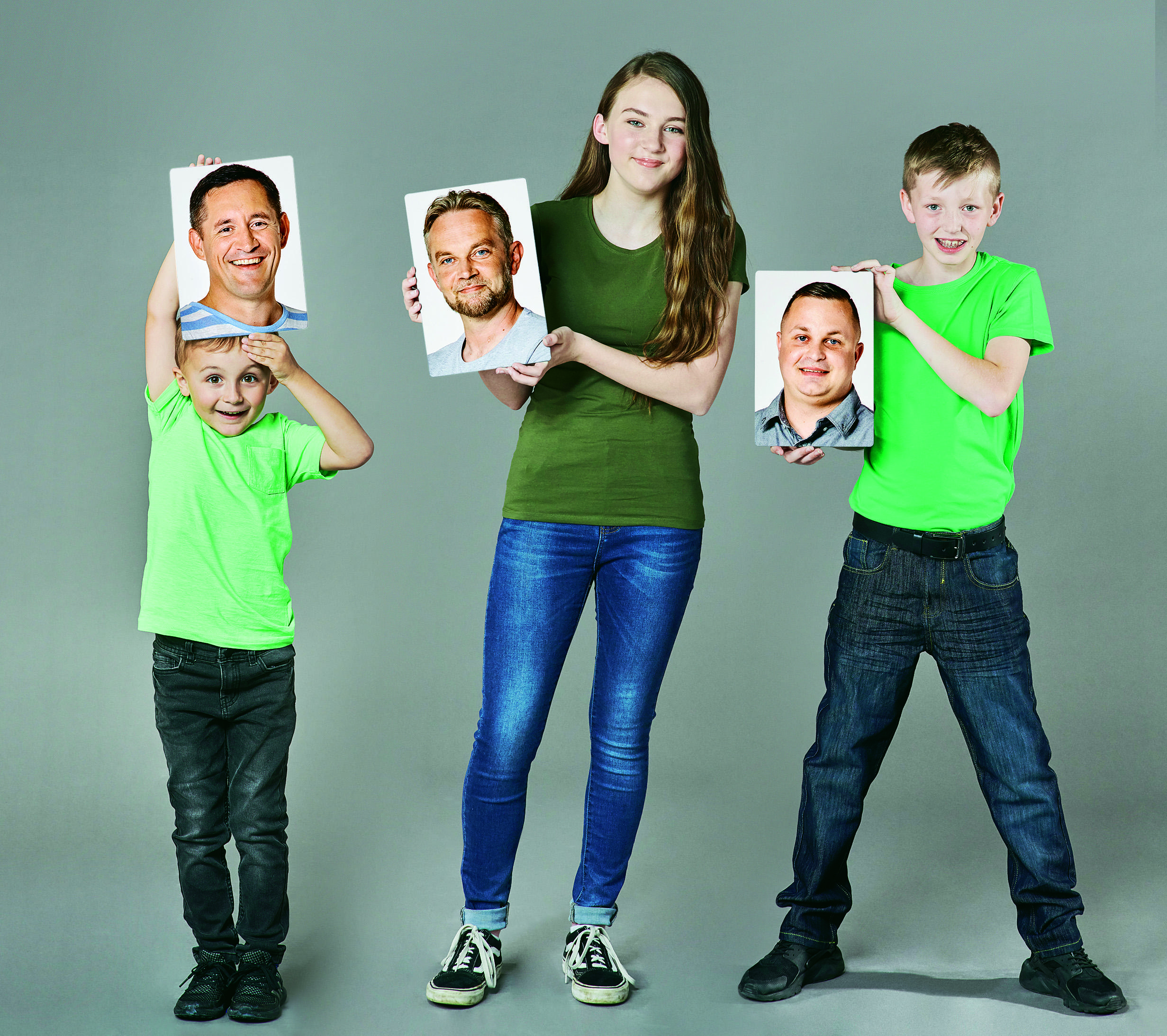 With eight children between them, these single dads are definitely owed a night off and an all-expenses-paid date with a Fabulous reader – could that be you?

‘Online dating is too superficial’

Gareth Morris, 43, is an operations manager and lives in Sandhurst, Berkshire. He has two sons Max, six, and Henry, two.

He says: “I was in a relationship with my sons’ mum for seven years until we split in March 2017, and a lot has changed on the dating scene since I was last single! Friends suggested using apps like Tinder and Bumble, but I wasn’t impressed. 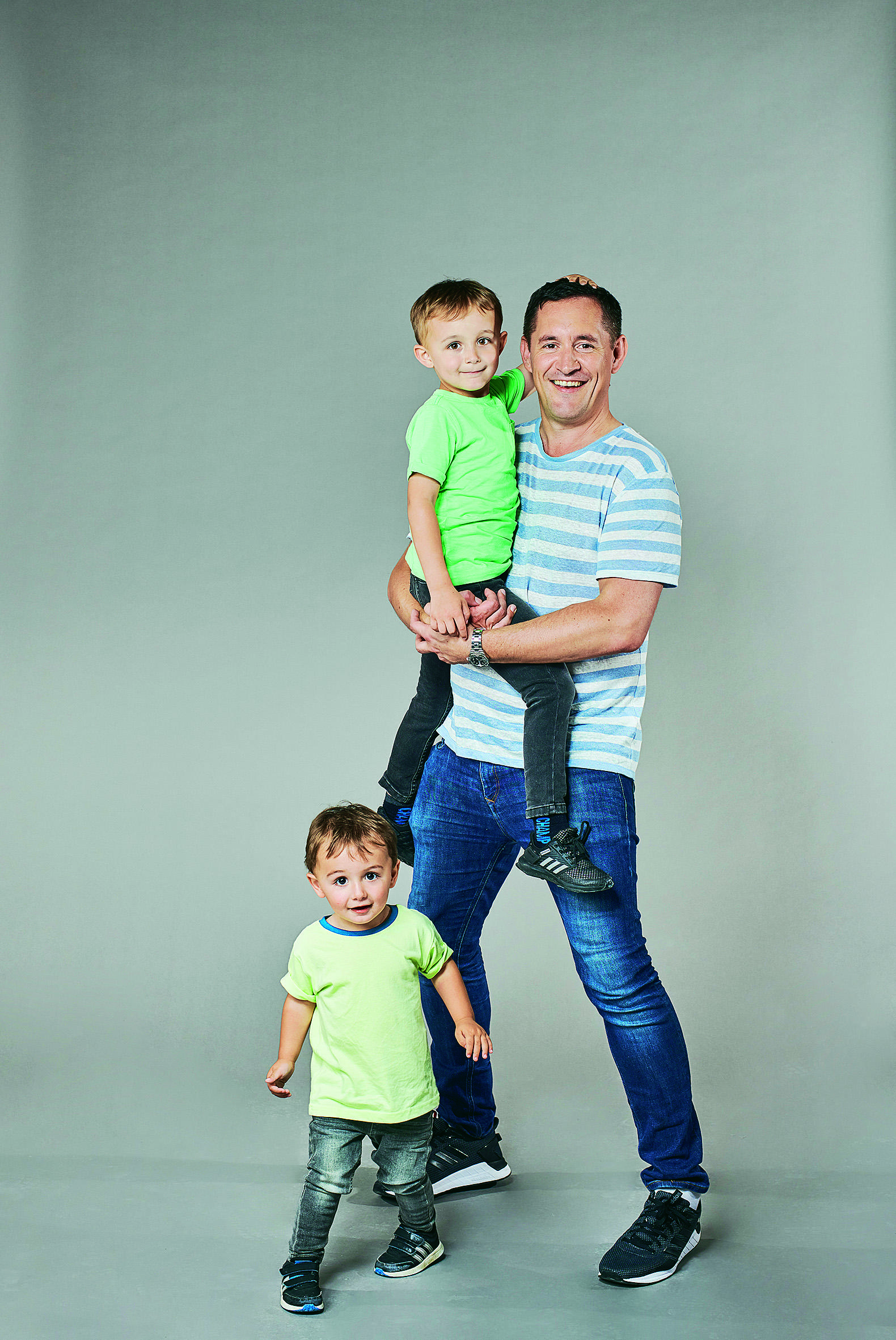 “I found it superficial judging someone purely on their looks. Call me old-fashioned, but I’d much rather get to know someone over a nice meal and a few drinks.

“It never crossed my mind that one day I might be a single dad, but I’m lucky that my ex and I are still good friends.

“It was a mutual decision to separate and we share custody 50/50. We even go out for lunch together on our handover day.

“My boys love being outside, taking trips to the park and going Pokémon hunting. They both have a wicked sense of humour, and I’m so proud to be their dad. In the past, women have told me they’re put off by the fact I’m a single father, but the right woman will understand how important my sons are to me.

“My ideal date would be someone who, like me, enjoys comedy nights, travelling and good food, but I also think it’s good to have different interests, otherwise things get boring. Life is too short to be alone and I’d love to meet someone to share it with – is that a bit soppy!?”

Max says: “My Daddy is great and loves me and my brother so much. He plays in the garden with us, lets us have sweets and he’s a brilliant Pokémon hunter!”

Bruce Deakin, 40, is a full-time dad and volunteer swimming teacher. He lives in Walsall, West Midlands, with his four children Cerys, 14, Dilys, 13, Malakai, 10, and Tate, seven.

He says: “Since my marriage ended in April 2013, I’ve had four relationships lasting between two months and a year, all with single mums who I’ve either met locally or online. “I think the fact I have four children does put some women off, and I understand that – it’s a lot to take on! But for me having a big family just means four times the love and fun, and I wouldn’t change it for the world.

“The children have always lived with me as I’d given up my job as an office manager to be a stay-at-home dad when Tate was eight weeks old, so their mum and I decided it was best to keep things that way, while she still sees the kids regularly.

“The domestic side of lone parenthood didn’t faze me as I was used to doing all the cleaning, cooking, and school runs, as well as being a dab hand at a ponytail. But the realisation I’d mainly be responsible for the kids’ emotional needs and helping them come to terms with their parents splitting up was daunting. Thankfully, they are coping really well and I’m so proud of them.

“I’m very laid back and love being outdoors – my hobby is outdoor swimming in lakes – so it would be great to meet someone who’s also relaxed and active, with a good sense of humour. As a family we like to have movie nights or take our dogs for big walks. Just being together is what makes me happiest.

“It’s only at the end of the day when the kids are asleep that I really miss having someone to unwind with. As the children have got older they’ve started telling me I need to find a steady girlfriend.

“I think they’re all too aware now how much of my time and energy goes into family life, which is why they feel it’s time to carve out some space for me. It’s great knowing that they’re 100% behind me meeting some new.”

Cerys says: “We’ve grown up knowing Dad is always there for us, and now it’s time he met someone special. He cooks a mean toad in the hole, he’s very honest and loving, and he makes us all laugh every day. Whoevergets to date him will be a lucky woman!”

If you fancy a date with Gareth, Scott or Bruce, email [email protected] with the name of your chosen man as the subject.

Tell us a little bit about yourself and why you’d make the perfect date for the guy of your choice, along with a recent picture.

Our dads will look through all applicants to choose their ideal date to take for a romantic dinner.

Please be aware that if you’re chosen, you may be photographed, filmed and interviewed by Fabulous, both in print and online.

Winners will be notified within 28 days of the closing date.

‘I don’t want to be a single dad forever’

Scott Samuels, 32, is a stay-at-home dad and entrepreneur. He lives in Wisbech, Cambridgeshire, and has two sons Kaden, 12, and James, seven.

He says: “I’ve only ever been a single dad, but it’s not what I want for the rest of my life. As friends are starting to settle down, I’ve realised I want to meet someone, too.

“I must admit that for the first 18 months of my eldest son Kaden’s life I chose not to see him, and it’s the biggest regret of my life. I was only 20 and his mum and I had been in a very casual relationship. The pregnancy was a huge shock and I just wasn’t mature enough to cope with it. “But then Kaden’s mum wrote me a heartfelt letter, which made me realise how important it was that I became a proper dad to him. I still feel sad I wasn’t there for him when he was a baby, but I’ve tried every day since then to make it up to him, and four years ago Kaden came to live with me full-time, although he still sees his mum.

“James’ mum and I split up when she was pregnant with him in 2010, as we realised we just weren’t right for each other. She’s now married to someone else, but we have a great relationship and James is with me every weekend and on school holidays.

“Kaden has ADHD and having a child with special needs means I’ve tended to put my own life to one side to focus on him and James. It hasn’t left me a lot of time for dating, although I’ve had a couple of short relationships over the years.

“I might not appear to have the best track record, but I’ve grown up so much over the last few years and I definitely feel ready to settle down. I tend to connect best with single mums because we have a lot in common – we both know life isn’t perfect.

“I’d love to meet someone outgoing with a strong personality and plenty of self-confidence. Kaden and James have told me they’d love new children to play with, too, so someone with kids around their age would be perfect, but it’s certainly not a dealbreaker.”

Kaden says: “My dad cares a lot for other people, but I think it’s time he thought about himself a bit more. I’d like him to meet someone and I think they’d have a lot of fun on a date. He doesn’t take himself too seriously, he’s kind and he’s funny. My favourite thing is playing footie with him in the garden.”