Vicky Pattison has spoken about her parents’ recent split, following her dad’s battle with alcoholism. 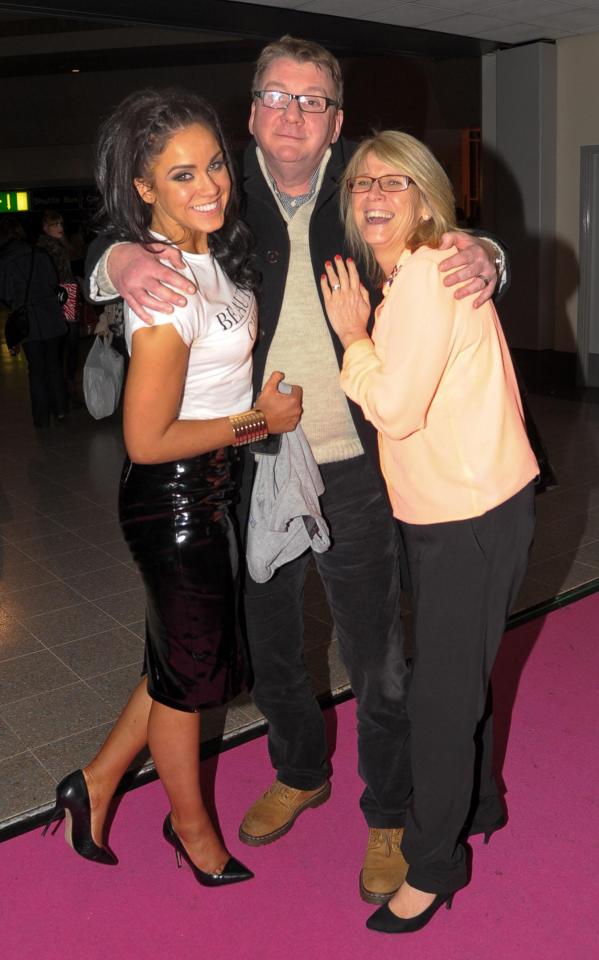 While the star, 30, says the separation was difficult to deal with, she hopes they now find happiness apart.

She says: “Mum left him about a year ago, which was really brave.

“He’s the only man she’s ever loved but she hasn’t had a cuddle in years. 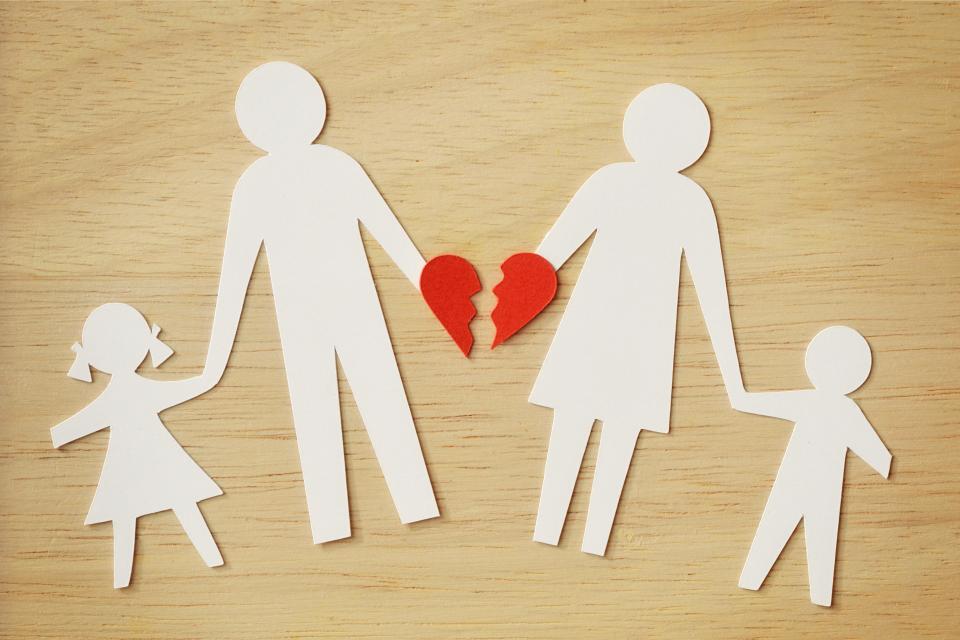 “My mam deserves to be cuddled.”

Is there ever a “good” time to deal with divorce?

Here, three readers who saw their parents split at different stages of life tell JENNY FRANCIS how they were affected by the change.

'I'm grateful they split up when I was so young'

ANNIE BELASCO, 34, was just a year old when her ­parents divorced.

The author lives with husband Sam, 31, an Army saddler, and their children Joe, four, and Rose, 18 months, in Windsor, Berks. She says: 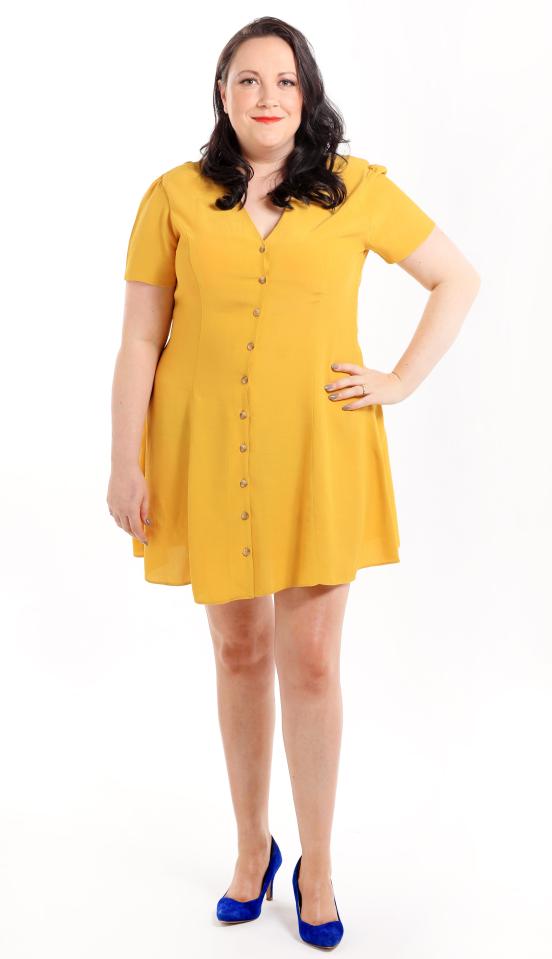 I never really experienced the divorce. I just always knew Dad didn’t live with us.

When I was seven, I understood that my parents had split when I was younger but we never sat down and ­formally discussed it. If I ever had any questions, they answered them and that was that.

Dad was there every weekend and I only have happy memories of my childhood.

We spent lovely weekends together, going to museums and the park. I looked forward to these days out. 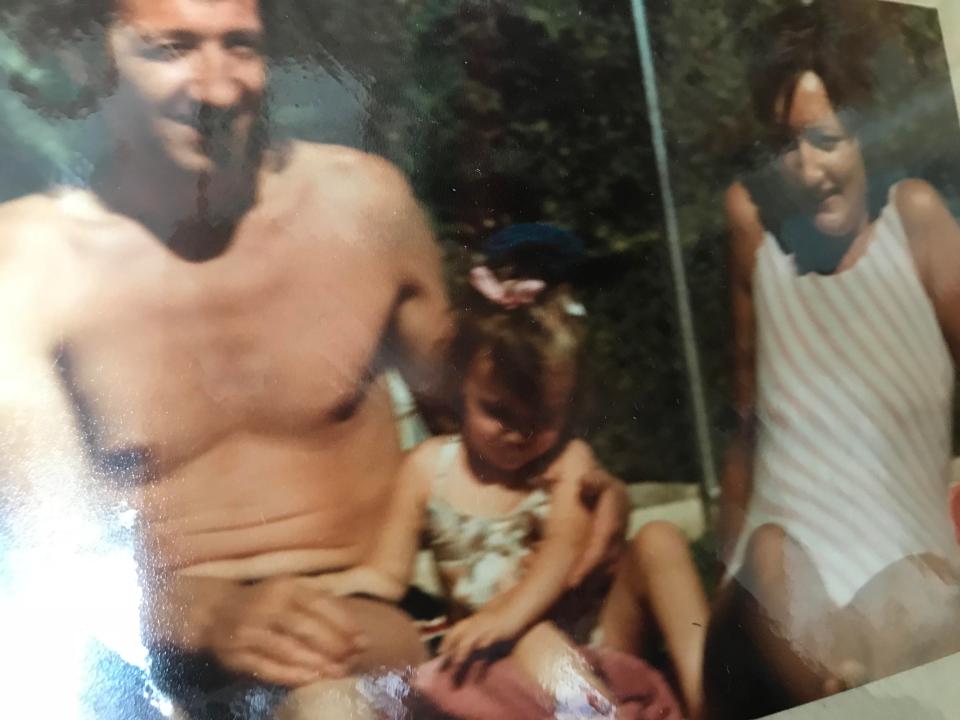 Home life couldn’t have been happier for my sister and me, thanks to our ­amazing mum. She did everything she could to make sure we knew we were loved and secure at home.

I came to see other families didn’t live this way when kids at school asked questions. The typical response was: “Oh no, poor you.”

But I’m grateful they split and stayed friendly with one another for our sake.

I always bonded with friends whose parents were also divorced, as we had more in common, but I was never sad about it. 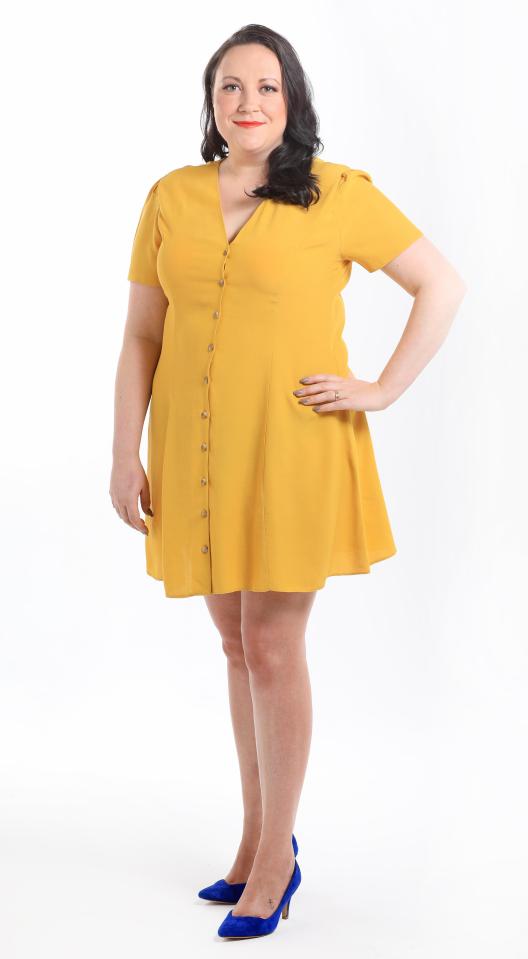 When I started dating in my late teens I was much more wary of men than other girls.

Only now do I appreciate a male influence at home. Sam is in the Household Cavalry and likes order, which is good for our kids. They need a male role model for rough play and someone to be strict with bad behaviour.

Now I’m a married mum of two, I see how hard my mum worked bringing us up on her own. Dad is like a mate.

We’ll have a drink in the pub together and they both attended my wedding. There are no bad vibes between them.

'They were wrong to stay together for our sake'

WHEN Lizzy Howell’s ­parents announced they were divorcing when she was 12, she was relieved.

The 27-year-old account manager from Wandsworth, South West London, admits the constant fighting leading up to the divorce affected her more than anything else and wishes they had split earlier. She says: 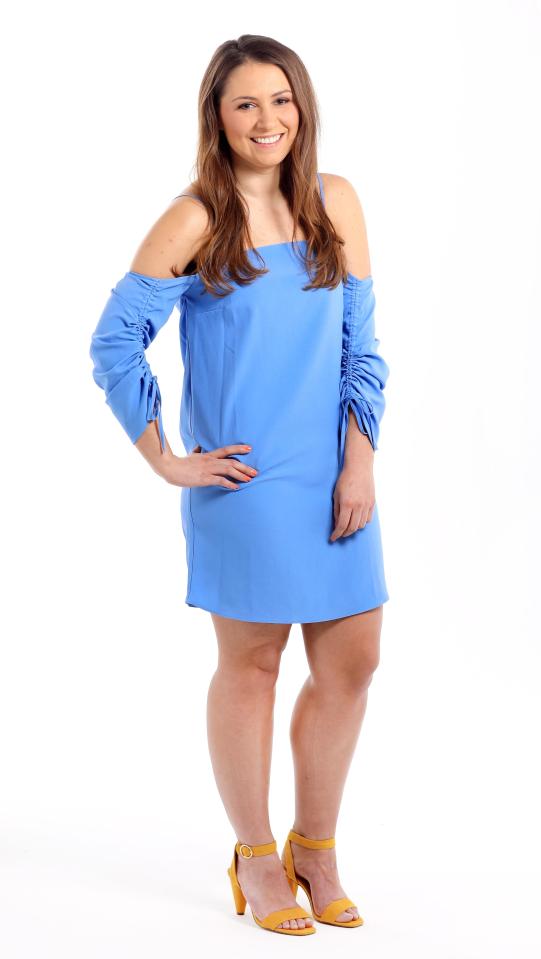 I was 12 when it happened and my younger brother was nine. At the time, it was a big relief.

It was clear my ­parents staying together was not right for the family. It was hard. I think they stayed together longer than they should have for us – they thought it was better than splitting up. But the truth is the opposite.

There were a difficult few years leading up to the divorce, so when it happened my parents were able to move on and live separate, far happier lives apart.

I don’t see my dad any more. I haven’t seen him for years. But I have moved on with my life and so has my dad and I’m OK with that. 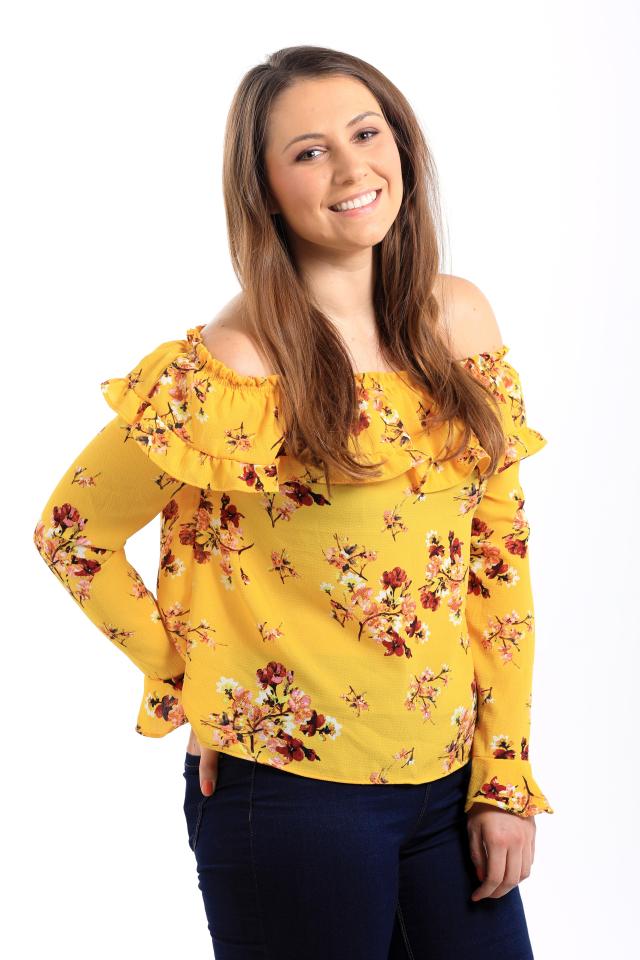 My parents’ divorce does make me think twice about getting married myself. I’m not in any hurry to settle down because I saw what a horrible place my parents were in and how miserable they both were. My past boyfriends have all been lovely people because I look for kind, responsible men and tend to steer away from “Jack the lad” types like my dad.

The best thing is that my brother and I are super-close, as we have always been there for each other.

I know he will walk me down the aisle if I ever change my mind.

It was hard growing up around a negative atmosphere but now I feel it’s the best thing that happened to our family.

My mum, brother and I are so close because of it.

'Break-up scared me off love and marriage'

KAREN FIGGITT’S parents broke up when she was 23.

The caterer, now 37, says the split turned her life upside down, forcing her to look after her fractured ­family rather than focus on starting her own. The mum, from Weymouth, Dorset, says: 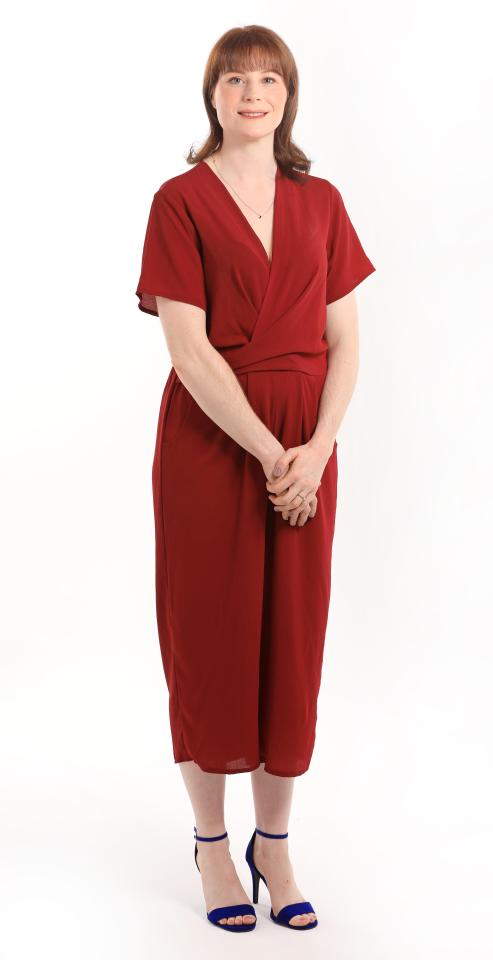 Mum and Dad had been together for 27 years before they got divorced. It hit me hard.

Growing up, I had a lovely childhood. I felt really secure and adored. My parents used to take us on exciting caravan holidays, with Dad driving and Mum packing picnics.

Because I was an adult when they divorced, people weren’t as sympathetic to me and my feelings as they are to younger children. I didn’t have to decide who to live with but I had to start deciding who I would visit and call for a catch-up. 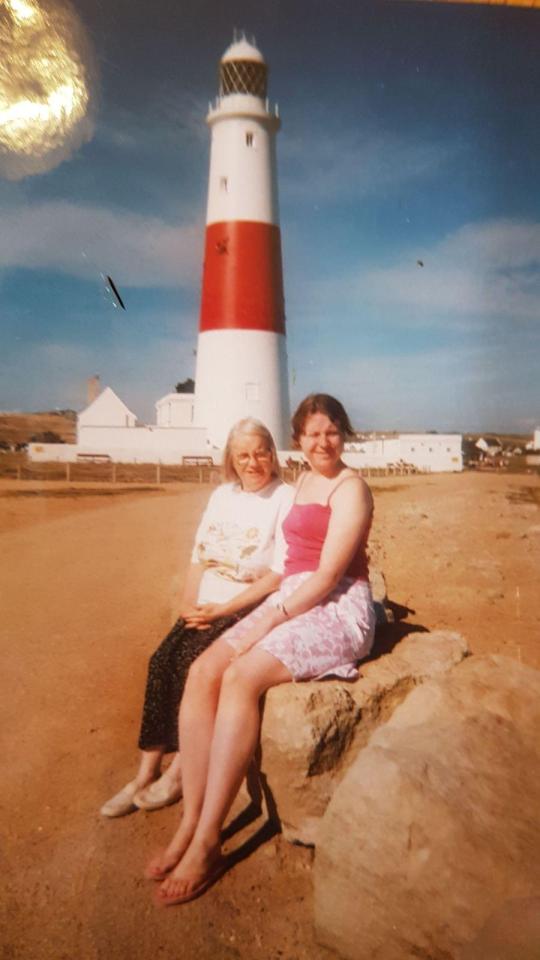 Suddenly that ­family base was gone and I felt lost. Soon after, I had to step up and take on the role of the man with my mum. For years Dad had been in charge of so much and Mum was clueless.

I had to start sorting bills and jobs at the house. I went from being carefree in my twenties after moving out to super-responsible. Mum didn’t filter her views and I’d beg her to stop talking about Dad badly.

I couldn’t work out how they’d been wed so long then decided to divorce.

After a few years, it started to affect my relationships too. 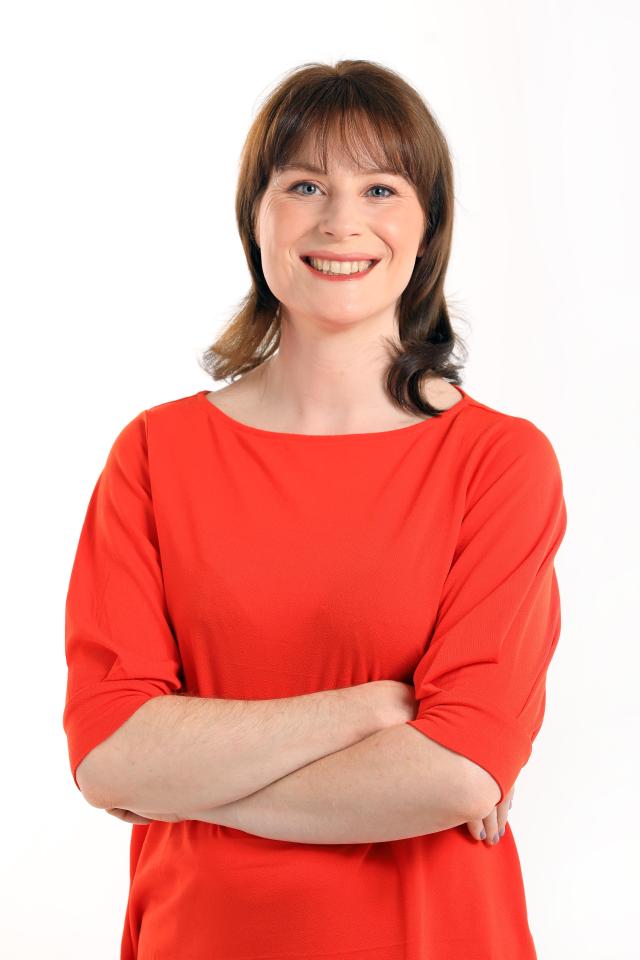 I’d always believed I’d be married happily when I found the right man but I suddenly changed.

I ruled marriage out and it caused havoc with my boyfriend at the time.

It made me careless in my relationship and I ended up breaking up with him because of their divorce. I was suddenly scared of love.

I had a lot of failed dates and short-term relationships. It wasn’t until I met my fiancé Philip, 52, that I ­realised I could be happy.

We’re long-term engaged, as I’m still scared of ­marriage, and have been together 14 years.