Home » Fashion » Two of Us: how two friends finance their passion for vintage fashion

Melbourne writers Penelope Chai, 38, and Jane Dickenson, 39, bonded over their love of second-hand attire. They combined their passions to start Clothing for Correspondence, a letter-writing service to elicit pre-loved garb. 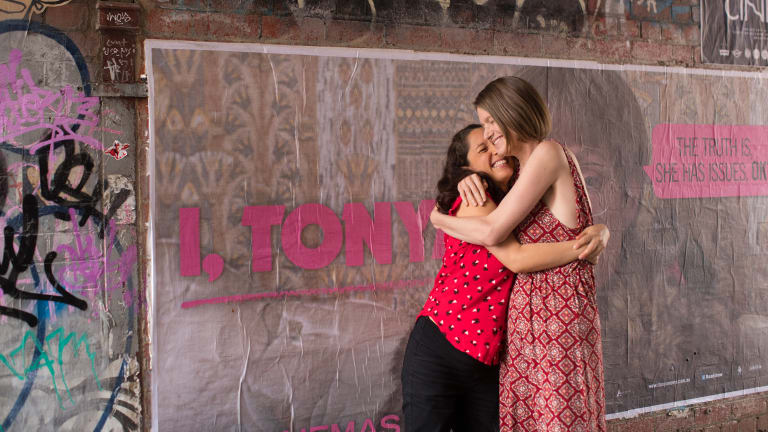 PENNY: I first saw Jane at the 2007 Orientation Day for creative writing at the Royal Melbourne Institute of Technology. We were in the lecture theatre and caught each other's eyes. A guy sat next to her and started chatting to her. I thought it was a missed opportunity, as I wanted to get to know her.

After one semester, I dropped out. Jane emailed and asked about forming a writers' group. Helen Garner, whom we both loved, became our imaginary patron. Each Wednesday we'd meet at the Soul Food Cafe in Fitzroy. We'd drink soy chai and I'd eat spanakopita.

Initially, we workshopped short stories. Jane used to write beautiful pieces about her dating experiences, which were both hilarious and heartbreaking. She's an intuitive writer and taught me to put more of myself in my work.

We both really dislike shopping, preferring second-hand things. Jane told me this great way to get hand-me-down socks from people. If you go to someone's house without socks on and it's late, you can say you are cold and ask if you can borrow some socks. Then not give them back. I tried it out, and it worked.

I have three sisters and Jane would admire my hand-me-down clothes. We wondered how she could get some, too. We thought we could offer our services writing letters and complaints for others in exchange for an item from that person's wardrobe. Clothing for Correspondence began as just a funny thing to do, but then we started getting request letters from places like Budapest, Fiji and England. Probably the best thing Jane's got in exchange for a letter was a leather saddlebag. She used it for ages.

Clothing for Correspondence has given us this amazing opportunity to connect with strangers worldwide. We connect in quite an intimate way, because we need people to tell us in-depth about their predicaments. [Their trove of stories became an ABC television show, Other People’s Problems, now on iview.]

No one sweats the small stuff more than Jane and I. After one meeting, we spent the next four hours dissecting it via text: "Was I sitting at a weird angle?" "Did I drink the water too often?" Our foibles make us laugh.

What I admire most about Jane is her courage of convictions. She has a strong sense of justice. She believes deeply in things and attends to them. During the marriage equality postal survey, she painted rainbow "Yes" placards and positioned them around her neighbourhood. Jane has taught me how to open up and talk about fears and vulnerabilities. I'm more of a "hunker down and work through it" person. She is better at stopping and reflecting and sharing. So I've tried to emulate some of that.

JANE: Penny and I met in a lecture theatre. She had pink hair and looked cool, too cool to speak to me. But we spoke and I was surprised at how easy she was to chat to.

Penny is very driven, probably the hardest-working person I know. She bounces out of bed, does yoga, goes swimming and drinks green smoothies for breakfast. Then writes for hours and hours. She uses her spare time to do things like study languages and go hiking.

You would never know she's had amazing success with her screenwriting. [Penelope has written across several different genres and won a number of awards.] I find out about the awards by reading about them. She has a manager in LA and travels back and forth for meetings. She's the most humble person I know.

Penny has this diary in which she schedules everything, but once she's done something, it's scribbled out so you can no longer see what she's written. When she's famous, her diaries will be useless to archivists.

Penny and I are similar in a lot of ways. We both feel passionately about equality and the environment and we both source second-hand stuff. When we first began discussing Clothing for Correspondence, I was so excited that she was as into it as I was. It is 100 per cent about doing something fun together. There are easier ways to get clothing than spending hours writing other people's correspondence. It has also been a great way to ensure we write regularly.

A few years ago, she needed an outdoor table. My husband built her one for her using his ex-girlfriend's grandmother's deck. We try to reuse things as much as we can. Penny is basically a better version of me: more disciplined, less dramatic, and with a much quicker wit.

She is also much shorter than me: I am six-foot-one and she is five-foot-two. Once, she asked a friend if we looked strange when we were out together. Her friend said, "God yeah. You guys look bizarre." Oddly enough, we manage to share clothes.

Penny's fashion sense is eclectic. For a long time it was floral and jazzy prints, but now she's going for slightly plainer clothes. Wearing second-hand clothes, one day you can look like a Country Road mum, the next a hippie on the way to the Byron Bay markets.

When we were writing Other People's Problems, we spoke a lot on the phone. Banjo, my four-year-old-son, used to come into the room and ask who I was talking to. Penny worried that he would start hating her because she was constantly on the phone to me.

I live on the Mornington Peninsula, and Penny lives in an outer Melbourne suburb. We would never be able to live or travel together. She's quite particular about how she likes things, and I'm incredibly messy. We'd quickly drive each other crazy.

‘Let me finish my question’: Voter confronts Trump over efforts to undermine Obamacare