This is going to be the summer of fluffy shoes, and you’re not going to be mad about it. Ugg’s "Fluff Yeah" slides have arrived, giving you a whole new option on how to style your summer dresses and palazzo pant outfits.

Originally known for their sheepskin boots, the brand has been nudging itself out of its staple Early-Noughties box and expanding into different designs and aesthetics — and these fluffy sandals are a testament to that. Also designed in the brand’s trademark sheepskin material, the entire shoe is covered in a teased out fluffy fabric, from the slide band in front of the foot to the sides of the soles. The slide band also features grooves in the sheepskin, making it look like an actual pool slide sandal. The back features an oversized strap with an Ugg graphic, bringing the whole "chunky shoe" aesthetic full circle.

The shoes come in a series of different colorways, offering you four different hues to choose from. You can pick between a coral hue named “Lantana,” which is named after a flower; a soft, almost white blush-pink dubbed ”Seashell Pink;" a dark grey aptly named “Charcoal;” and then your sleek black option called “Black."

Meant to combine the look of a slipper with the functionality of a sandal, the two combine together to make one summer statement shoe. See the options below. 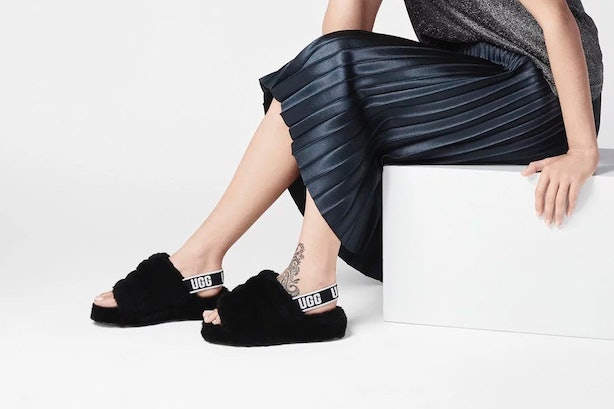 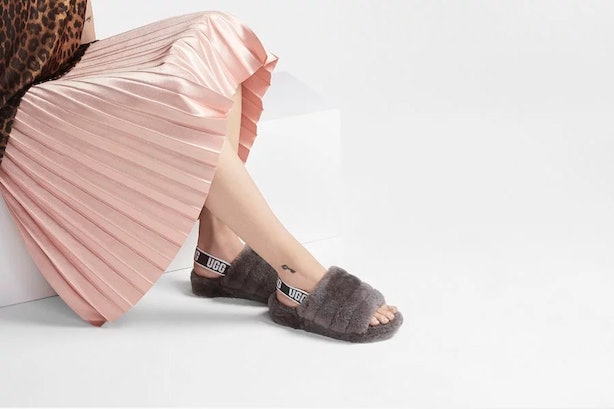 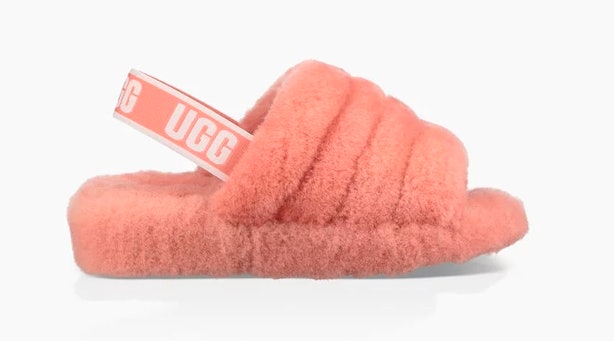 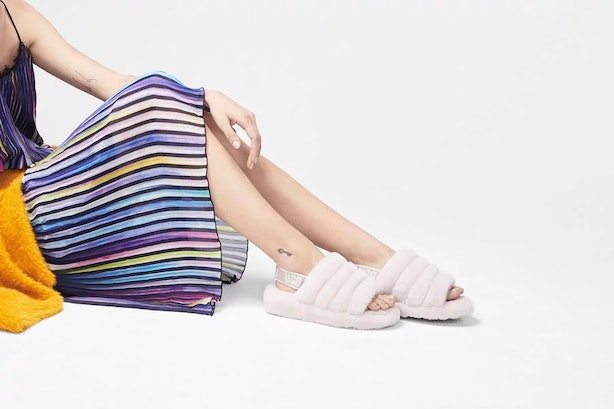 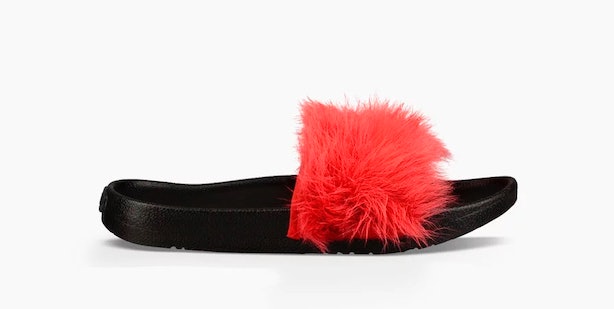 If you had no idea Ugg makes summer shoes, you’re not alone. In the past year the brand has made strides to reinvent itself and push past its college-and-leggings aesthetic, collaborating with a series of innovative designers and creating unexpected silhouettes. From making bedazzled and flame-licked shoes with Jeremy Scott, to socked booties with Japanese label Sacai, it’s been a transformation.

One of the most buzzed about collaborations was with streetstyle brand Y/Project. A Parisian label that gravitates towards slouchy, unisex designs, the two debuted a collection of slouchy thigh-high Ugg stilettos that completely flipped the classic winter shoe on its head.

"The UGG Classic boot is one of the most recognizable shoes in history. It’s timeless and challenging design made it a worldwide statement. Y/Project is about challenges. Since launch we’ve been twisting the grounded codes, we challenged the acceptable and triggered people by putting focus on the unexpected," Glenn Martens, the designer, shared in a release.

Ugg keeps pushing the boundaries and is completely revolutionizing our summer wardrobe game. Here’s to hoping they continue.

People: Shia LaBeouf & Margaret Qualley ‘are not dating, but have fun together’