VIEWERS were left ‘screaming at their TV’ after a contestant walked away from an ‘easy’ £1 million question on Who Wants To Be A Millionaire.

Davyth Fear, from Caernarfon, Wales, made it all the way to the end in last night’s gripping episode of the game show, hosted by Jeremy Clarkson. 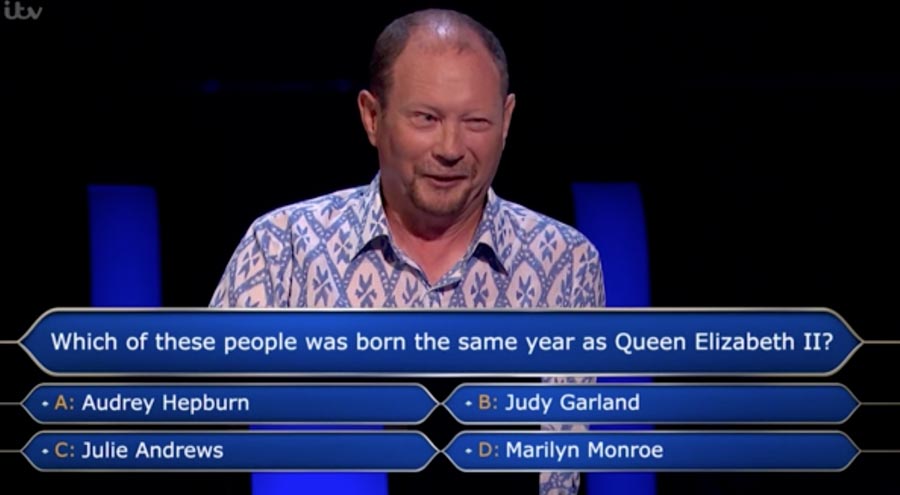 Davyth flew through the rounds, using his ask the audience lifeline on the penultimate question about condiments, 50:50 on question eight about Al Capone, and he asked Jeremy on question nine about Aerosmith.

But still he had one lifeline left when it came to the ultimate question, with the rebooted series featuring four options.

The retired geography teacher had won himself £500,000, but was unsure over the final question – despite some people calling it ‘easy’.

Jeremy Clarkson read out the question, saying: “Which of these people was born the same year as Queen Elizabeth II?” 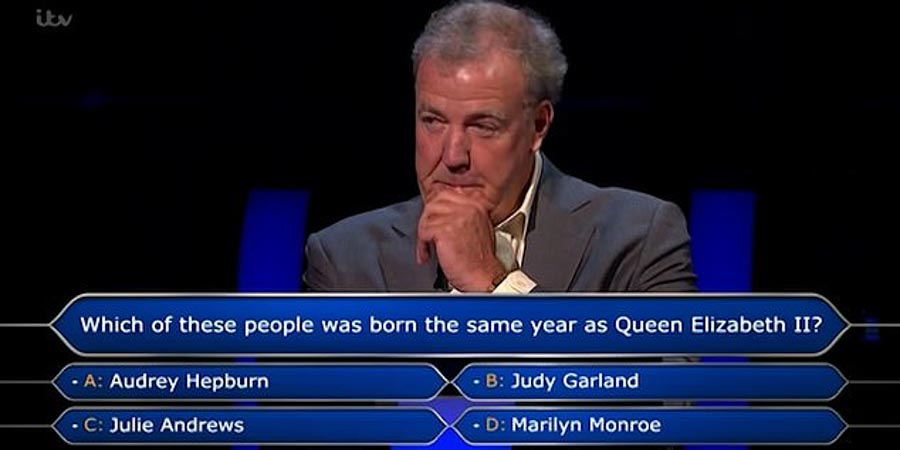 Davyth thought the answer was Audrey, but decided to use his remaining lifeline – phone a friend – to check.

But after his friend thought the answer was Judy Garland, Davyth had second thoughts about playing and decided to walk away with a cool half a million, rather than dropping down to £32,000 if he got it wrong.

Who Wants To Be A Millionaire questions

Starting with the earliest in the year, put the following greetings cards in the order they would typically appear in UK shops.

4. (£300) The golfer born Eldrick Tont Woods is best known by what first name?

5.  (£500) The popular name of the ceremony seen outside Buckingham Palace is 'The Changing of the …' what?

A: The Famous Five B: Goosebumps C: Captain Underpants D: A Series of Unfortunate Events

8. (£4,000) Which TV chef campaigned to have Turkey Twizzlers removed from school dinner menus?

A: The Big Lebowski B: Armageddon C: Deep Impact D: The Truman Show

11. (£32,000) Which British military figure signalled to his troops 'England expects that every man will do his duty'?

16. (£1million) Which of these people was born the same year as Queen Elizabeth II?

He told Jeremy: “When I was working it out I thought Audrey might be more likely, but he didn’t know. I don’t know.

“I’m going to walk away with the money, unfortunately. Final answer.”

Jeremy replies: “I can’t say I blame you.

“There’s no other way of saying this, Davyth, you’re going away with half a million pounds.” 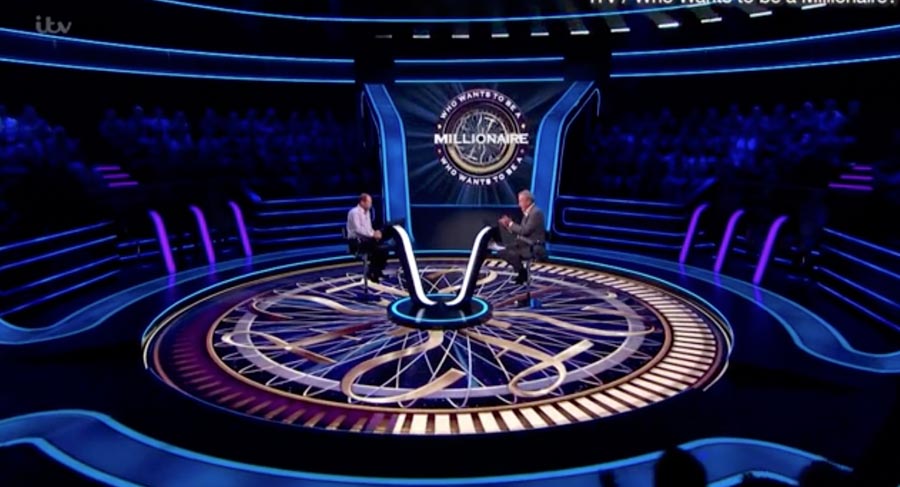 But viewers watching the episode, which first aired last September, claimed they were shocked at how ‘easy’ the million-pound question was.

Numerous people took to social media, claiming they knew the answer before the options were revealed.

One person said: “Easy question for the £1million.”

Another wrote: “Screaming at the TV! For a million pounds!”

Someone else posted: “When you get a million pound question right before the answers are revealed.”

This person commented: “He was amazing!! Seriously cool, not greedy and went at the right moment. Respect."

Who Wants To Be A Millionaire answers

Meanwhile we tested people on this tricky quiz which challenges drivers to recognise 15 road signs.

Plus can you guess the famous sports stars in this tricky emoji quiz – how many can YOU name in a minute?

And we asked if you spot the skateboard hidden among these flip flops in this fiendish brainteaser?

Fifth self-employment grant: When can I apply for and how much will SEISS boost be?

Trump shared a doctored video of Pelosi ripping his speech that's been viewed millions of times, and Democrats are outraged Facebook and Twitter still won't remove it