Home » Fashion » We fell in love after BOTH being accused of crimes – I was arrested for assult, he was called a rapist, it was all fake

A COUPLE have found love after both being accused of crimes they didn't commit, andhave even set up a charity to help others in their situation.

Liam Allan, 25,was mistakenly charged with rape and sexual assault which later proved to be completely false, while Hannah Arkwright, 23,was accused of domestic violence by a spiteful ex. 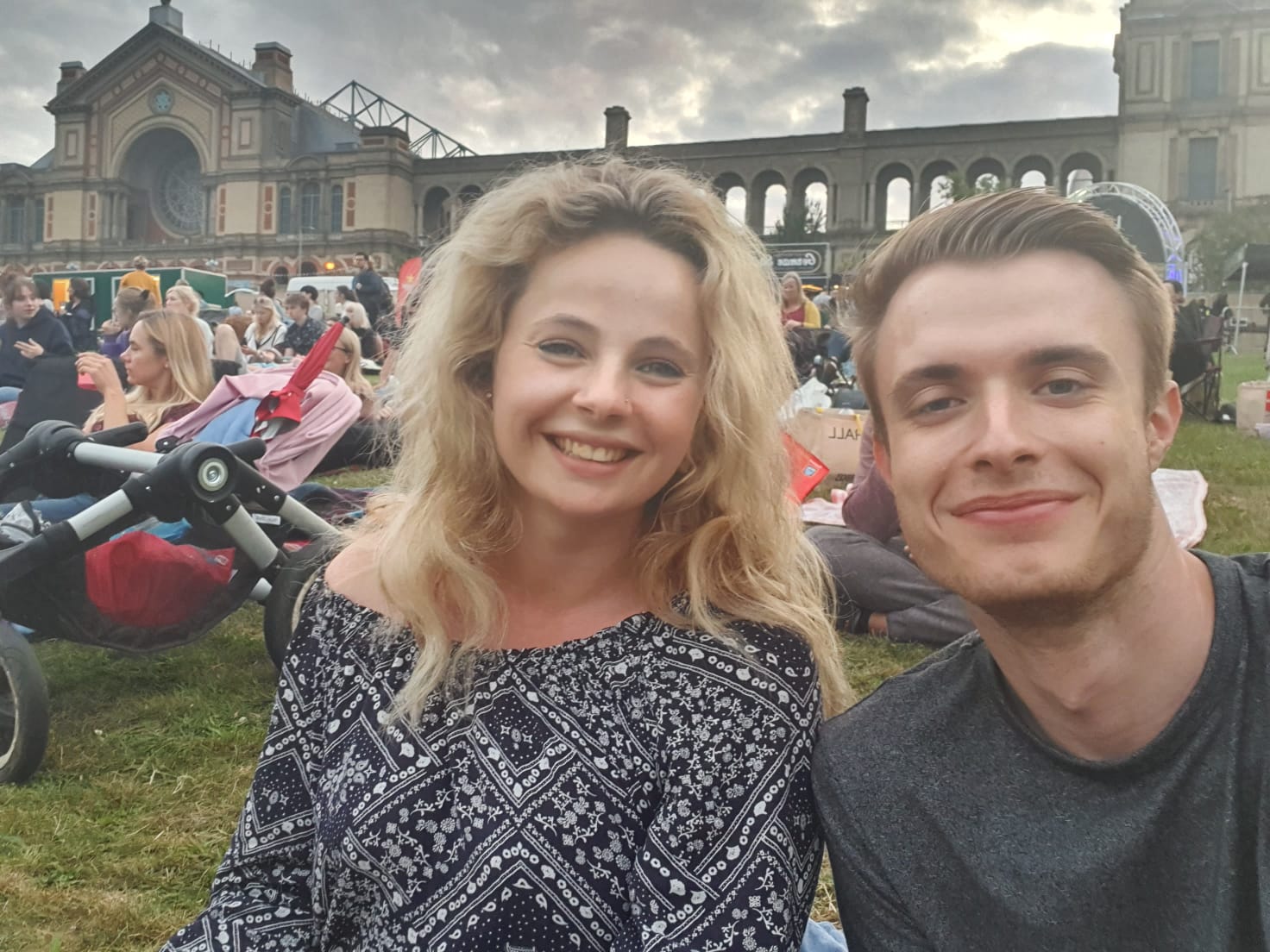 For Liam, who had dreams of becoming a police officer, it was two years of mental torture before a trail of text messages proved he was innocent – something he'd pleaded from the start.

As for Hannah, she was quizzed by police several times over her ex's accusations and waited more than a year to learn she was finally clear – despite her being totally innocent.

It wasn't until she heard Liam speak at an event he had organised in Cardiff in March 2019 that her life finally turned around – admitting it was love at first sight.

The pair fell for each other instantly and now have adorable eight-month-old Cara. 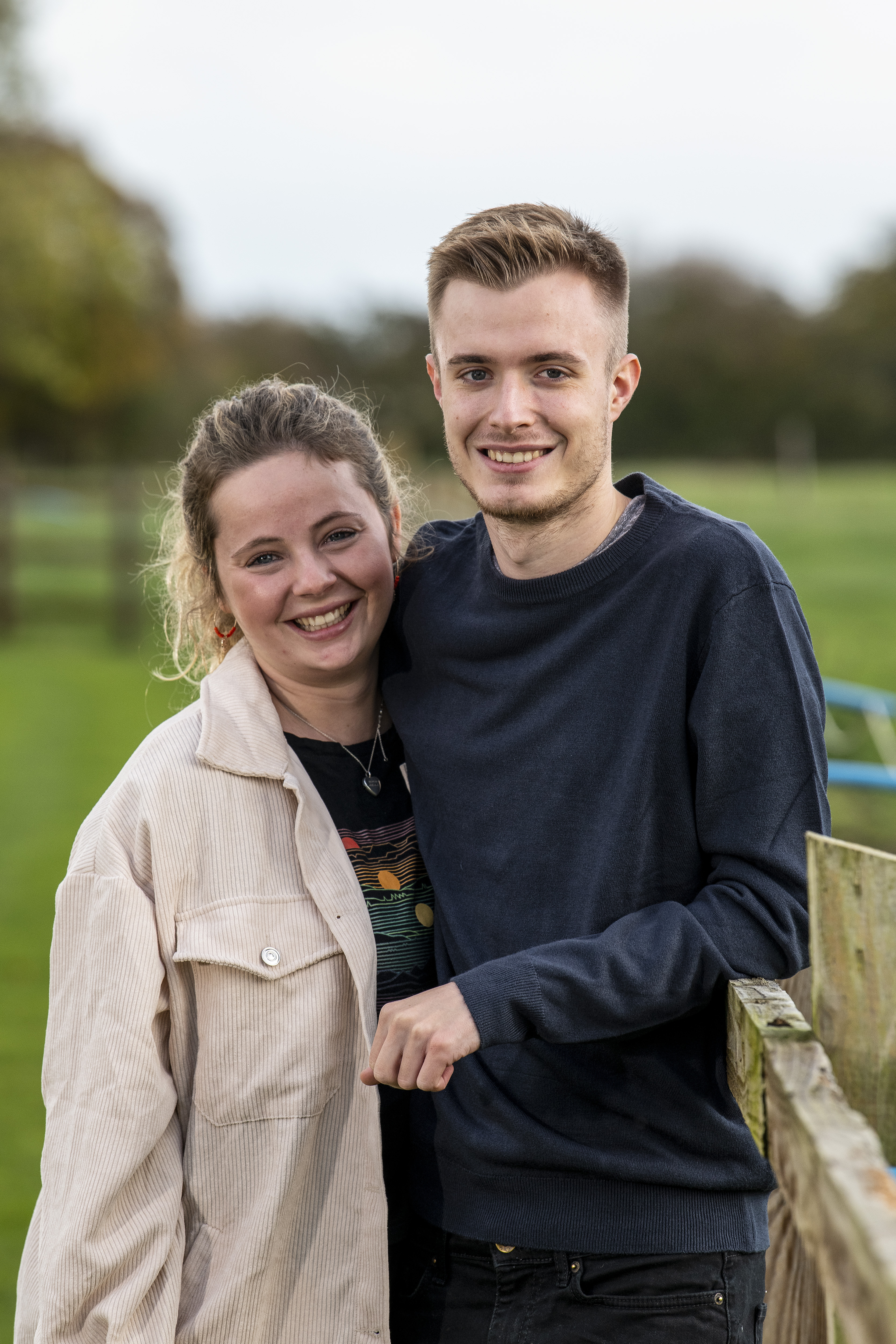 Hannah, a law graduate,explained that they went to a bar and had a few drinks and they "haven't stopped talking since."

Liam added: “We’re an example of making the best out of a horrible situation and finding the good in the bad.”

Their charity, called The Defendant, will offer a free helpline and advice on where to turn to for those in the same position as they once were.

Liam, a former criminology student, was three days into his trial for supposed rape and sexual assault when ten of thousands of texts from the alleged victim – which weren't previously disclosed – appeared in court.

The messages proved that the alleged victim had continued to pester him for casual sex after the incident was supposed to have occurred.

The texts also show messages between the woman and her friends detailing how much she loved him, and proving "what type of man Liam was". 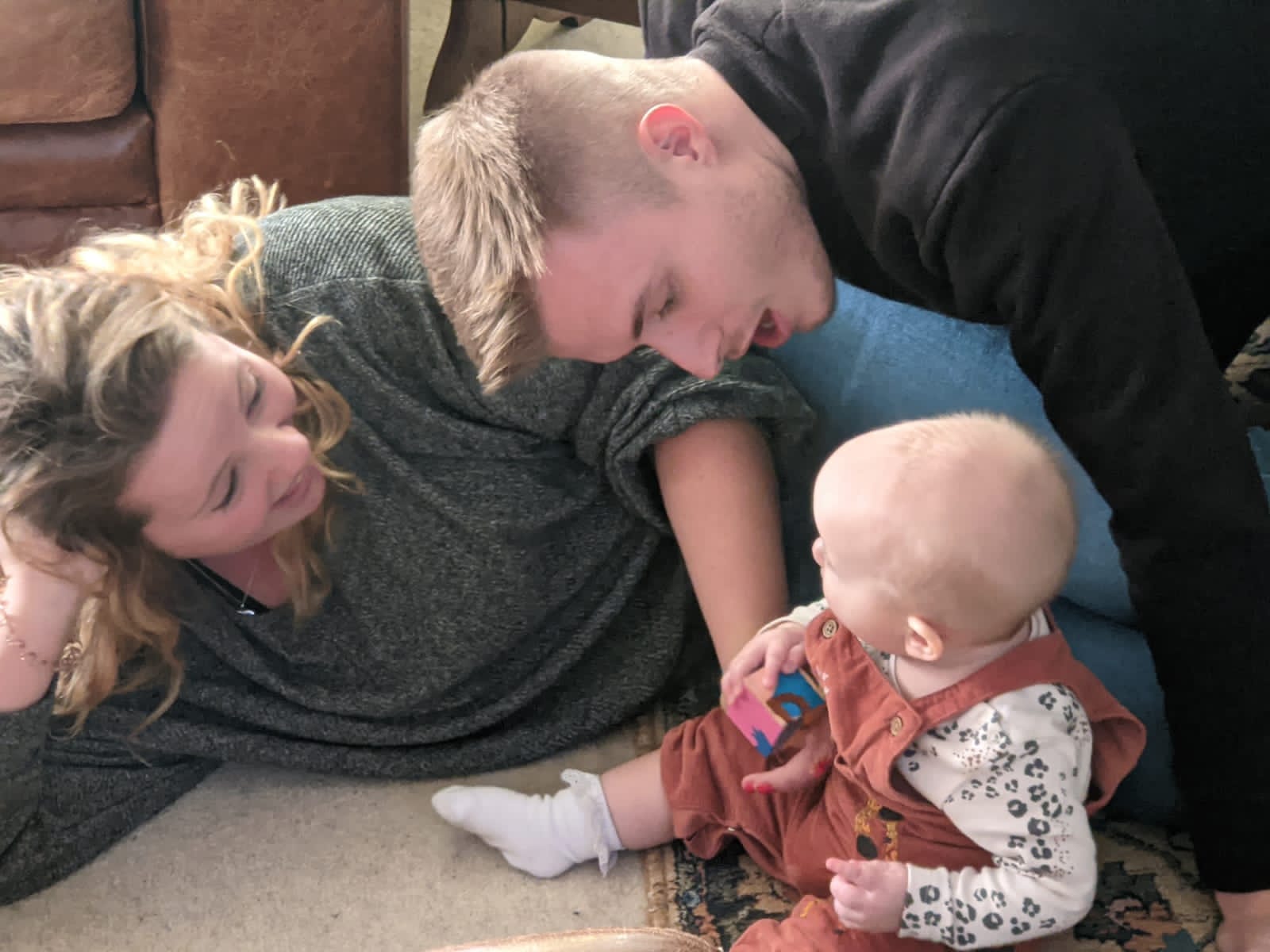 The worst part is that there were even references to rape fantasies, which eventually led to the case being dropped.

Following the alleged incident, police rocked up at Liam's door in January 2017, and he started experiencing panic attacks not long after.

The Metropolitan Police later apologised, admitting they failed to find evidence in the messages which were originally ignored because the officer in the case said there was “nothing relevant on it”.

Liam now works at a scientific research publishing company after putting his dream of becoming a police officer on hold.

He explains that the ordeal has "left a void" in his life, and that it's "difficult to explain the effect it had on my life".

Meanwhile, Hannah was facing her own battle for justice – being accused of ­domestic violence by an ex after their ­relationship ended badly. 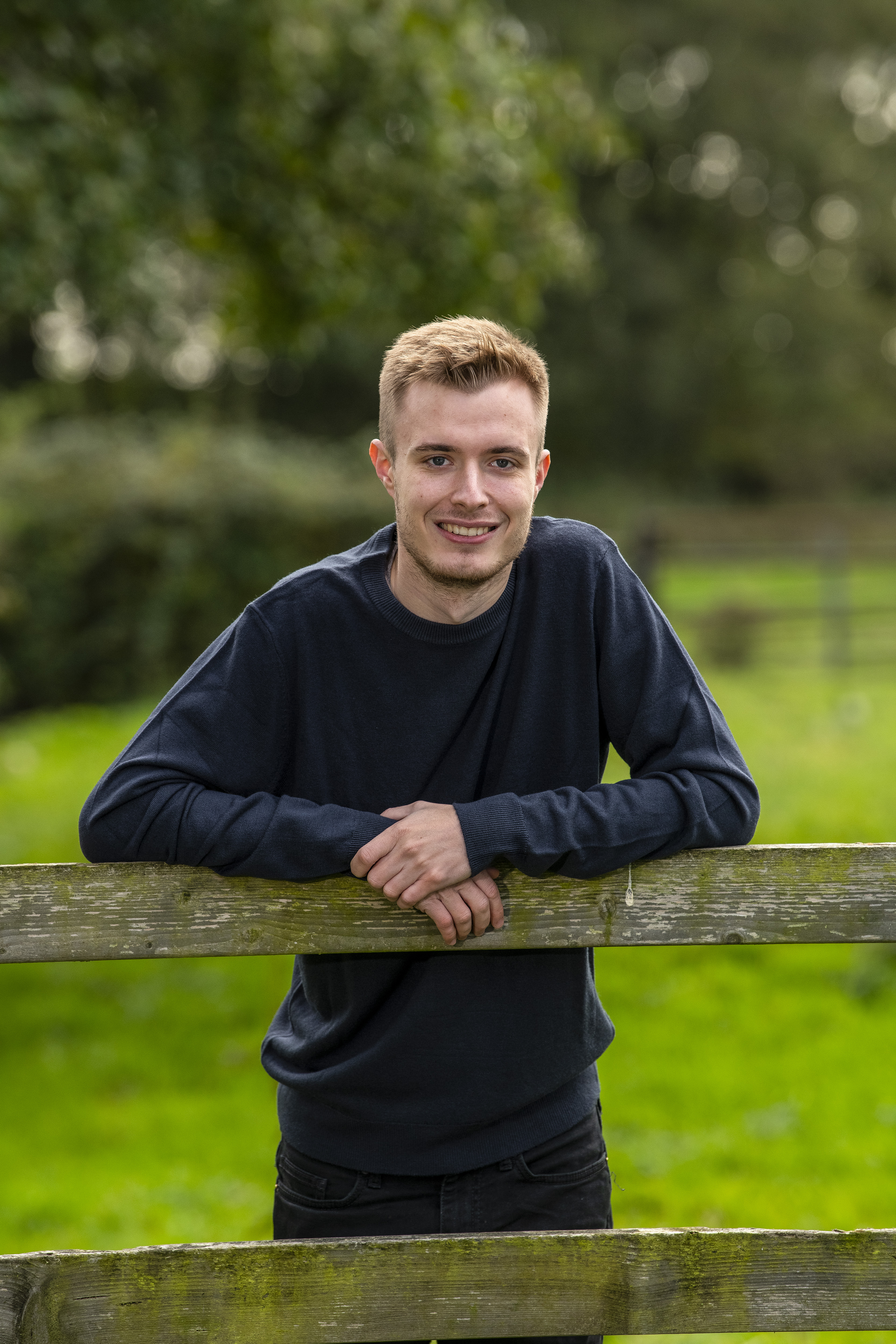 Hannah was horrified by the allegations, which were entirely made up,which threw her life into turmoil.

By the time charges were eventually dropped, she says, it had taken toll on her mental health .

Hannah said: “It dragged on because the investigating officer changed a few times. One went sick, one was just incompetent and it would restart and I’d be re-interviewed. So we did the whole thing three times. It was horrible. It left a sour taste. Obviously I was pleased it wasn’t going any further but my life had been put on hold for a year.”

The accusation meant Hannah couldn’t take up her place at medical school, and her parents spent tens of thousands in solicitors fees throughout the case.

Once it was over,Hannah became interested in the British justice system and its flaws, which is what led her to attend Liam’s Innovation of Justice event in Cardiff. 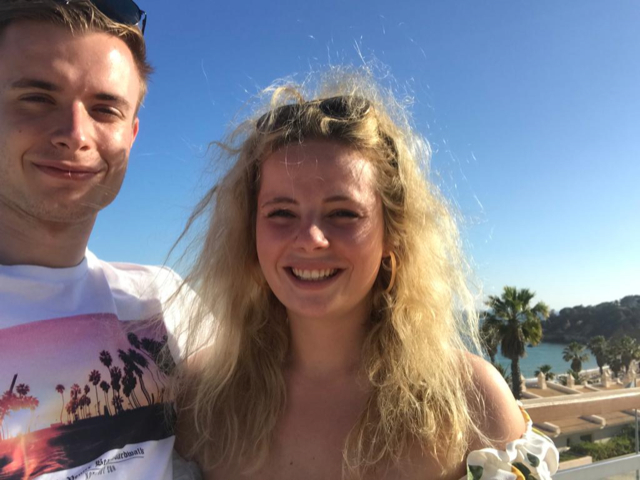 They hit it off right away and wet out for a drink afterwards where they each shared their own experiences.

Within three months they were thrilled to learn they were having a baby, admitting they didn't exactly take thing slowly.

After opening up to each other on their first meeting, Hannah said she felt so much better knowing he'd been through something similar.

Liam and Hannah launched The Defendant from their kitchen table in Sutton, South London not long ago, with Liam describing it as a "legal knowledge hub."

They plan on setting up a help-line for people that are suffering and need emotional support.

Hannah added: “A lot of people have said things have gone wrong in their cases because they didn’t have the info they needed. We want to change that.”

Now Hannah has finished a master’s degree in law, she hopes to become a criminal lawyer while Liam plans to run The Defendant full-time.

But for now, they are also focusing on little Cara, the best thing to come out of the bad situation they were in.

In other relationship related news, a woman revealed that she tried to shave her pubic hair before an impromptu one-night stand but sliced off chunks of skin & got covered in blood.

And a says that her boyfriend doesn’t mind that she's an escort and has sex with men for cash.

Meanwhile a couple reveal how they make £150 having marathon 5 hour sex sessions on camera in front of strangers – and say it’s made their relationship stronger.

Who's performing at the Brits TONIGHT with Hugh Jackman and who's performed at the awards in past years?

Heartbroken family pay tribute to ‘beautiful and warm’ son, 16, who died after ‘taking drugs’ at Leeds Festival | The Sun