The birthdays at Our Beginning are no longer celebrated with organic ice cream. The school’s kitchen makes dairy-free, fruit-based sorbets. This sorbet was the first hint of the change that the Seattle-based day care’s founder, Paula Jones, had long planned.

“It’s been on my mind since Day 1,” she said: taking the school vegan.

The school always served organic, from-scratch meals for breakfast, lunch and snacks each day to its pupils, who range in age from six weeks to five years old. Lauri McCloud’s older child started at Our Beginning just after it first opened in 2010, and she and her husband chose it specifically for this chef-led food program. The couple want to raise “kids that ate everything,” she said.

But Ms. Jones’s announcement at a parent council meeting on August 16, 2018, said Noa Guter, whose two kids attend the school, seemed to be fast and final. As of September 11, Ms. Jones told the crowd, Our Beginning would not serve any more meat, dairy or egg products, except for milk, which is required by Washington state law to be part of meals in child care centers.

Save for a small amount of poultry, the school had been close to vegetarian from Day 1. So the fact that this change might upset parents wasn’t something Ms. Jones had much considered.

But Josh Coffee, the chef at Our Beginning, had predicted that outcome. The kitchen at the day care center is the first thing people see when they walk in, a sign of the importance placed on what the kids eat. It’s a position that made Mr. Coffee uniquely attuned to what the parents would think. He said he hadn’t heard from any who were in favor of moving toward a vegan meal plan.

Meghan Lyle, a registered dietitian, has two kids at the school. “It was couched as ‘plant-based,’” she said, “which, ironically, I’m heavily for.” But the surprise announcement displeased her. She responded with an email outlining the potential issues she saw with how the plan might affect dietary diversity, nutrition and just plain old taste.

It started last June, two months before the move to a plant-based meal plan was announced to parents. That was when Ms. Jones directed Mr. Coffee, the chef, to send all of his menus to a nutritionist for vetting. The nutritionist pushed back on the scant amount of meat. It wasn’t the only thing that made Mr. Coffee think the transition would be hard. “It was a difficult thing to do in a kitchen the size it was,” he said, noting that cooking vegan meals for almost 200 kids would be more feasible with, among other things, more help, more space and more steamers. He also couldn’t even agree to many of the nutritionist’s proposed solutions: They included nuts, and some students had allergies.

Parents say they felt that Ms. Jones’ own journey was informing decisions pertaining to the health and well-being of their kids. (Ms. Jones eats what she describes as “an almost totally” vegan diet, and is inspired by books like “The Cheese Trap,” which takes a dim view of milk fats.) On September 11, the date originally stated for transition, Our Beginning instead held another meeting for parents. Ms. Jones noted that the parents had legitimate questions, but seemed disappointed that she hadn’t been convincing about the importance of a vegan diet. “We had a dietitian there, but I think that what we need is the white jackets,” she said. “And by white jackets, I mean doctors.”

The concerns expressed at the parent meetings were familiar to Jeff King, head of the Muse School in Calabasas, Calif. “We had a little mini-revolt,” Mr. King said of his own school’s process of turning vegan. (Muse runs from prekindergarten through high school.) The announcement was made in the spring of 2013 and Muse began the transition that fall, with one vegan meal each day. Two years later, they were serving a fully plant-based diet.

At the time of the “mini-revolt,” Mr. King said, “ninety percent of the parents were there to either get it changed back or to complain.” Unlike Ms. Jones, however, Muse’s staff stayed away from arguing that they were doing it for the health of the children.

“We had to be very clear on our ‘why’ — environmentalism,” Mr. King said. The school’s mission is sustainability, and they focused solely on veganism as an ecological choice. But, Mr. King said, they still ran into a fair number of parents who didn’t like being told what their kid was or wasn’t allowed to eat. He watched one kindergartner’s mother go through the lunch line with him during the transition period and stage-whisper, “Quick, get your turkey sandwich before Jeff King takes it away.” The school also received what they said was a fake doctor’s note, saying one kid had to eat meat for health reasons.

Around the country, a handful of day care and early childhood education centers serve vegan food to very young children, including The Scandinavian School of Jersey City, which was inspired to make the change by having students who were already vegan (The Wall Street Journal, in 2016, said veganism gave it a “cool factor”). For the founders of Heärt Montessori in Cincinnati, opening the school as vegan from the start was the culmination of a decades-long dream: the co-founder who runs the kitchen was already a vegan chef. Heärt’s students dig into cashew cream quesadillas and beet burgers with air-fried sweet potatoes. Snacks include avocado toast “deluxe” with cucumbers, tomatoes and herbs.

Natalie Digate Muth, a pediatrician and registered dietitian in Carlsbad, Calif., said she is surprised to hear about situations in which schools are pushing plant-based diets and the parents are upset, and not the other way around. “I see a lot of patients here in Southern California who went vegan and want their kids to go vegan as well,” she said. “It can work.” But Dr. Muth — like many of the parents — has one question: Why?

“You can do a vegan diet in a healthy, balanced way that’s fine for kids,” she said. “It’s a much less efficient way to help children get all the nutrients they need, but certainly, it can be done.” It concerns her that this wasn’t something the parents were pushing for, that it was foisted upon them, but Dr. Muth did lay to rest one major concern a parent might have: “Nutritionally, I don’t think it’s an issue.”

Ms. Lyle, the parent at Our Beginning, said that it was making limitations around food that was her concern. “You have this situation in the U.S. where we have both an increase in chronic disease and a really high rate of eating disorders,” she said.

If Our Beginning achieves their goal to serve a vegan-plus-mandatory-milk diet, Ms. Lyle said, she would remove her children from the school. It’s inevitable that she won’t be the only one.

At Muse, about half the families left the program when the decision became final. But it has had no trouble recruiting new families unbothered by or even interested in the vegan aspect of the school.

For Ms. Jones at Our Beginning, “the goal is not to lose anyone,” she said. She wants to convince parents that she’s doing the right thing. And Ms. McCloud, who counts herself among the skeptical parents, said that, assuming the vegan transition was executed thoughtfully, she would keep her children enrolled. After all, Our Beginning is environmentally friendly, has a diversity of students (which includes cultural vegetarians), and it’s a privilege to send her children to a school with a chef on staff, she said.

She understands Ms. Jones’s choice to make the vegan call, even if she doesn’t necessarily agree: “At some point, there’s got to be some individual-level decisions.”

Ms. Jones, for her part, has pulled back on the sudden change after blowback from families. As of now, there is not a fixed date for the transition to total veganism, but she hopes to accomplish it in 2019. Ms. Jones is working to offer the same kinds of educational seminars that Muse did — internal training, for one thing.

She’ll also need a chef with experience cooking vegan foods. Mr. Coffee, the previous chef, left in August when the decision was announced. “I didn’t feel that she was listening to me or to the parents about what kind of food they really wanted,” he said. 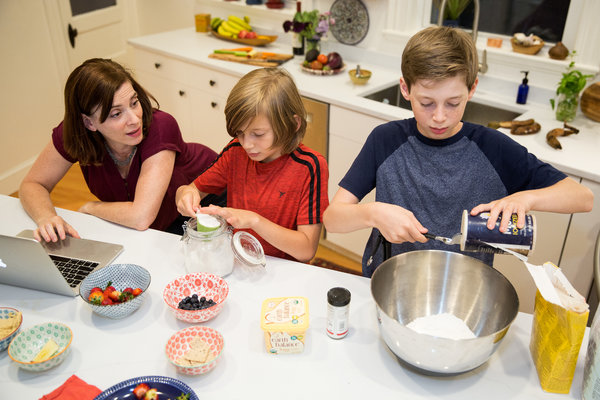 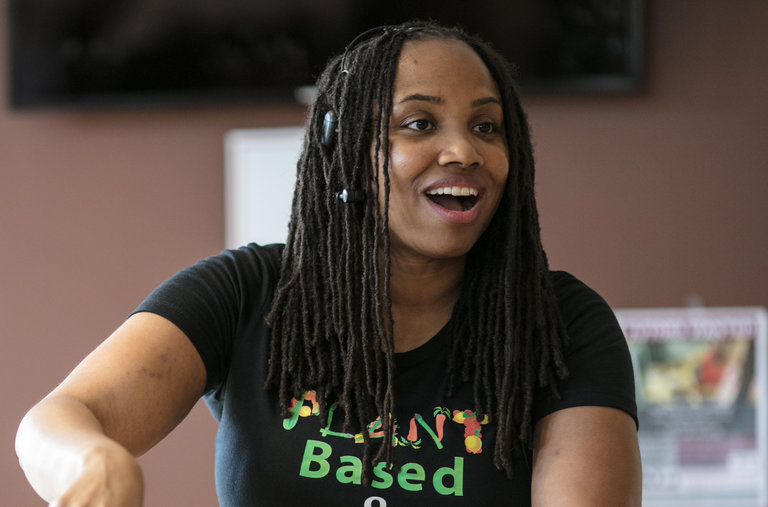 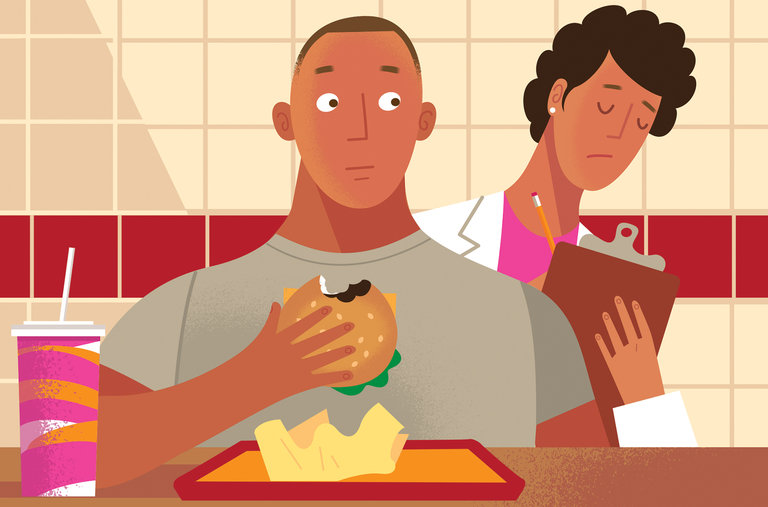 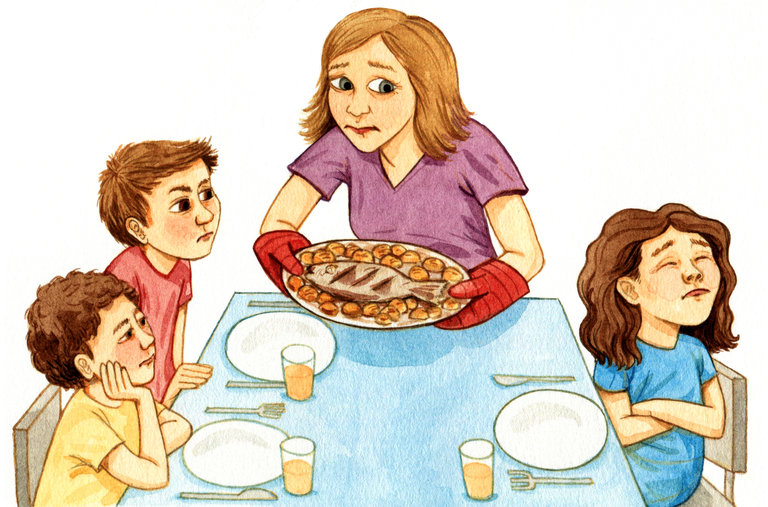 Lamar Odom Said He Left Taraji P. Henson for Khloé Kardashian Because He Was a “Punk”