HAVING had a growing baby bump for a staggering three and a half years – Sarah Holliday believes she's had the world's longest pregnancy.

The 40-year-old, from Fort Collins, Colorado, became pregnant in July 2016. 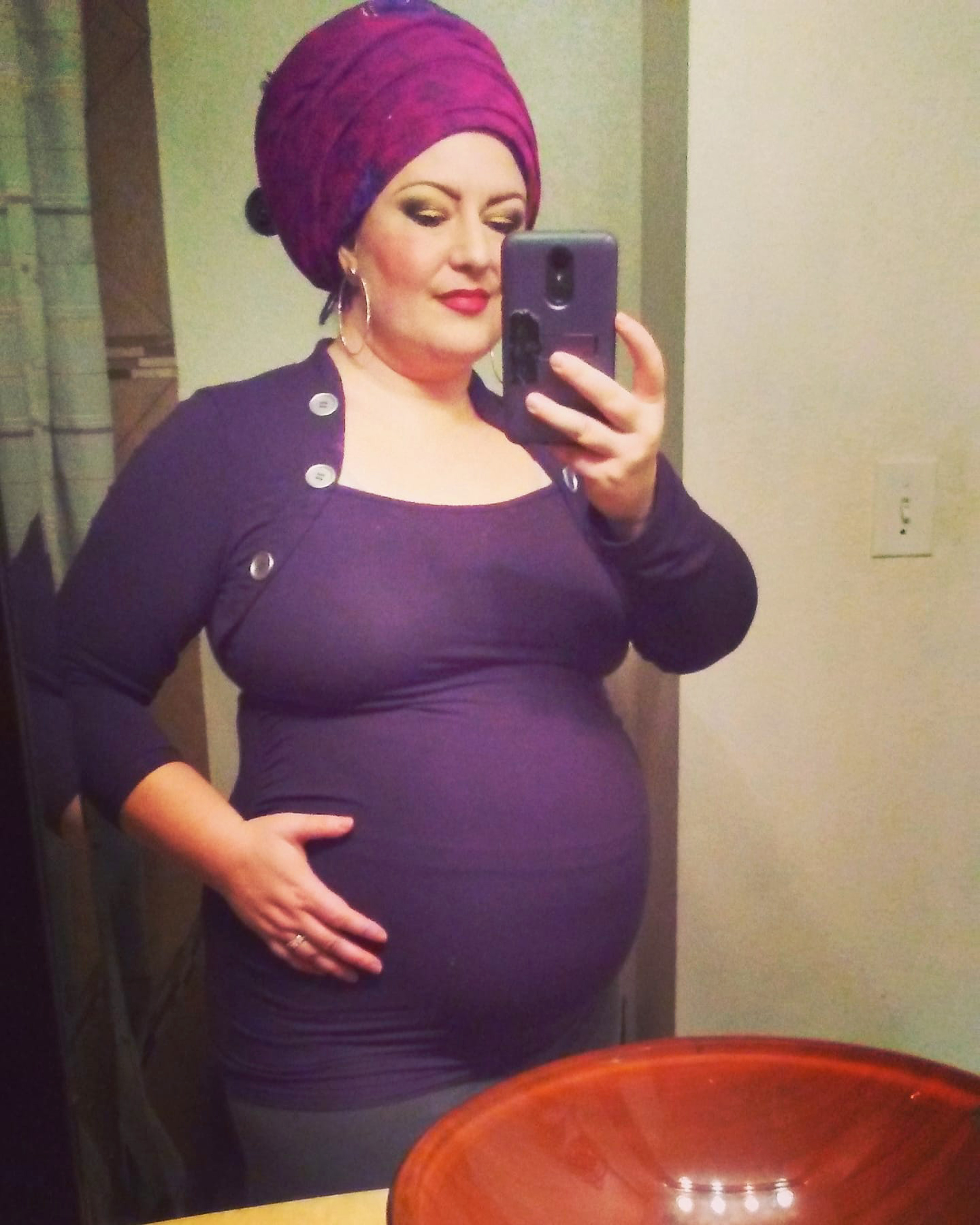 But she was told by midwives that she’d miscarried the baby when they couldn’t find a heartbeat in October of the same year.

However, since then, Sarah's bump has continued to grow.

And she now believes she has been experiencing a "cryptic pregnancy" – a pregnancy that conventional medical testing methods may fail to detect.

Sarah has also found a charity who believe that her pregnancy is progressing so slowly that the foetus has not yet developed a heartbeat.

But doctors have warned it's likely Sarah is experiencing a "phantom pregnancy", where the body tricks itself into thinking it's pregnant.

Consultant gynaecologist, Anne Henderson, told The Sun there is sadly "no possibility", in her experience, that Sarah is having a "healthy, viable" pregnancy.

But Sarah and her husband Cornell, who initially didn't believe she could still be pregnant, still believe their baby will be born.

Sarah said: "I can't wait to meet my baby.

"I'll be sure to tell them of the trouble I've had to get them here." 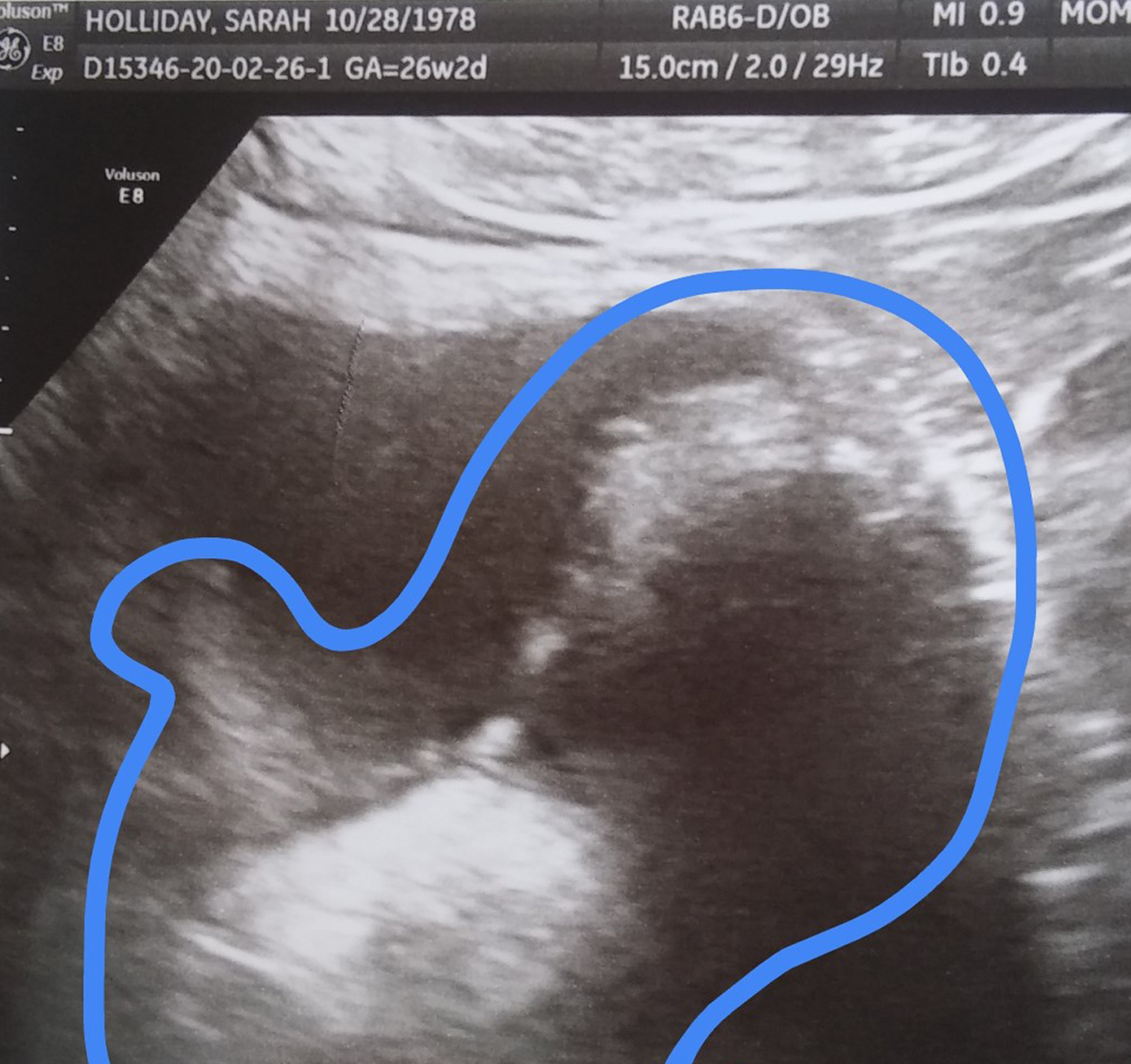 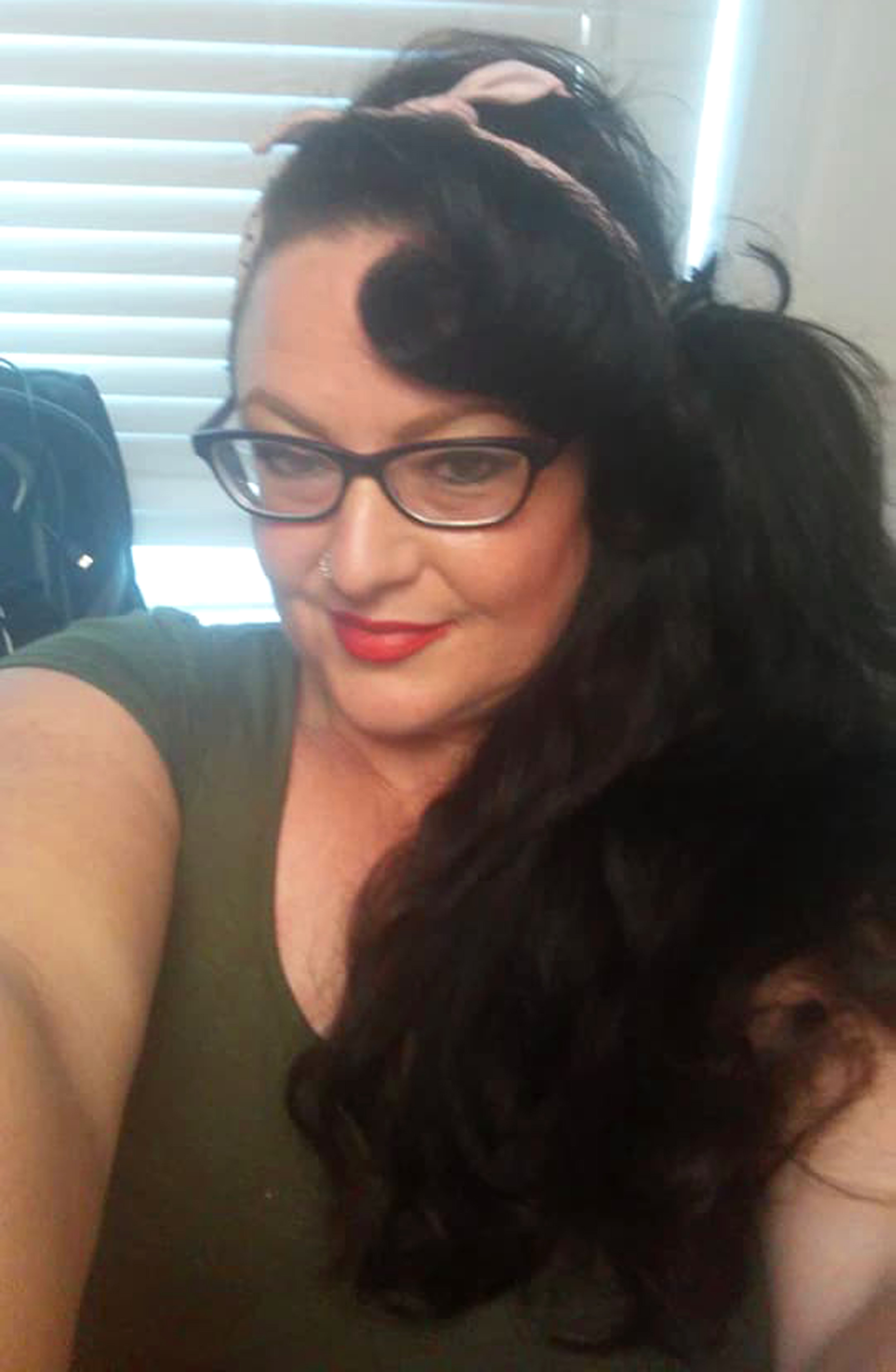 Sarah's ordeal began when she became pregnant in July 2016 – after suffering nine miscarriages.

She said: "I'd always struggled with endometriosis, and had nine miscarriages.

"Each time was utterly heartbreaking – devastated didn't even begin to cover how I was feeling.

When I got the positive test, I was ecstatic

"For this baby, I had a positive test, but doctors then struggled to locate the baby.

"When I got the positive test, I was ecstatic, both my husband and I were so happy.

"It was a dream come true."

Despite this, Sarah's world came crashing down a week later when she went back to see her midwife. 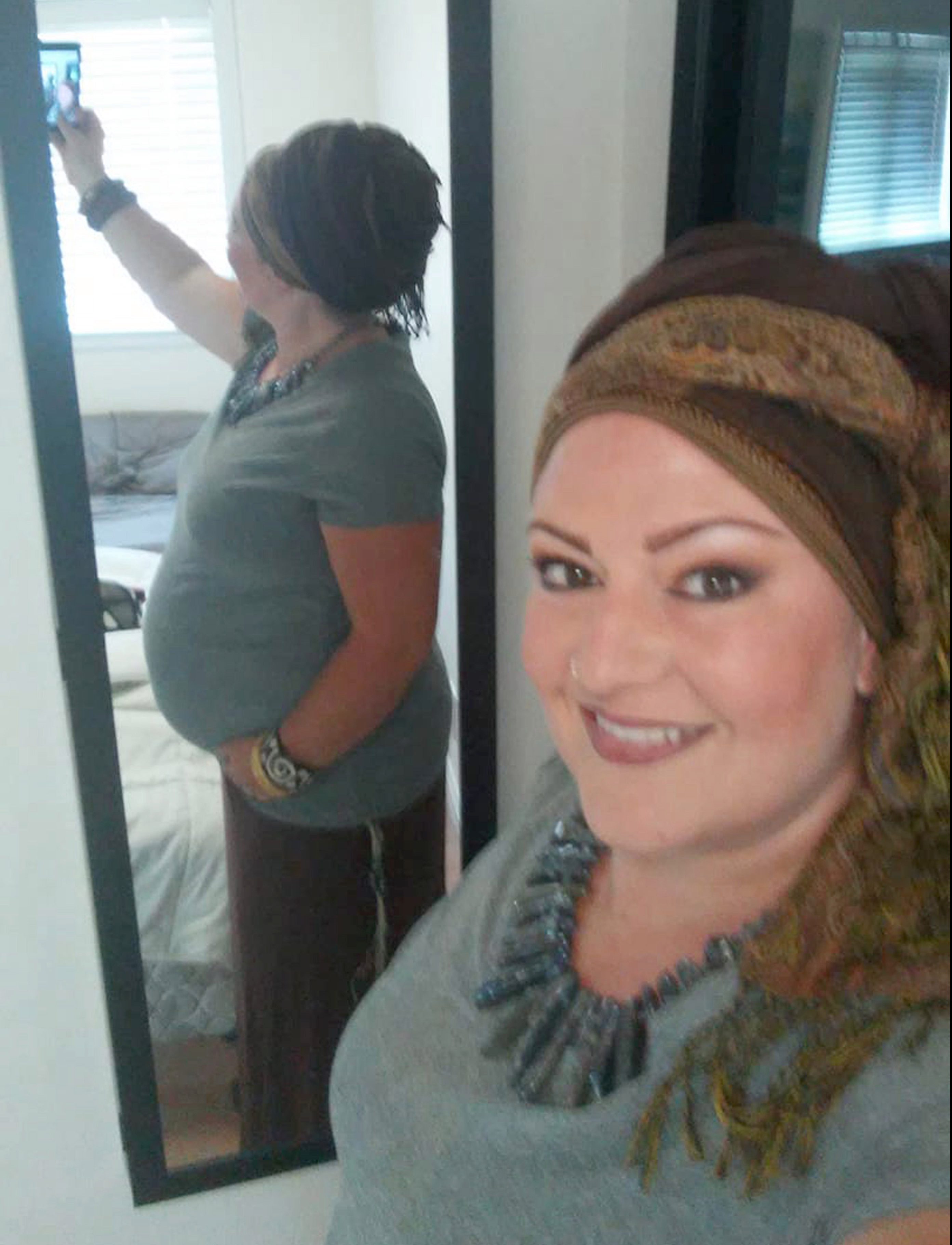 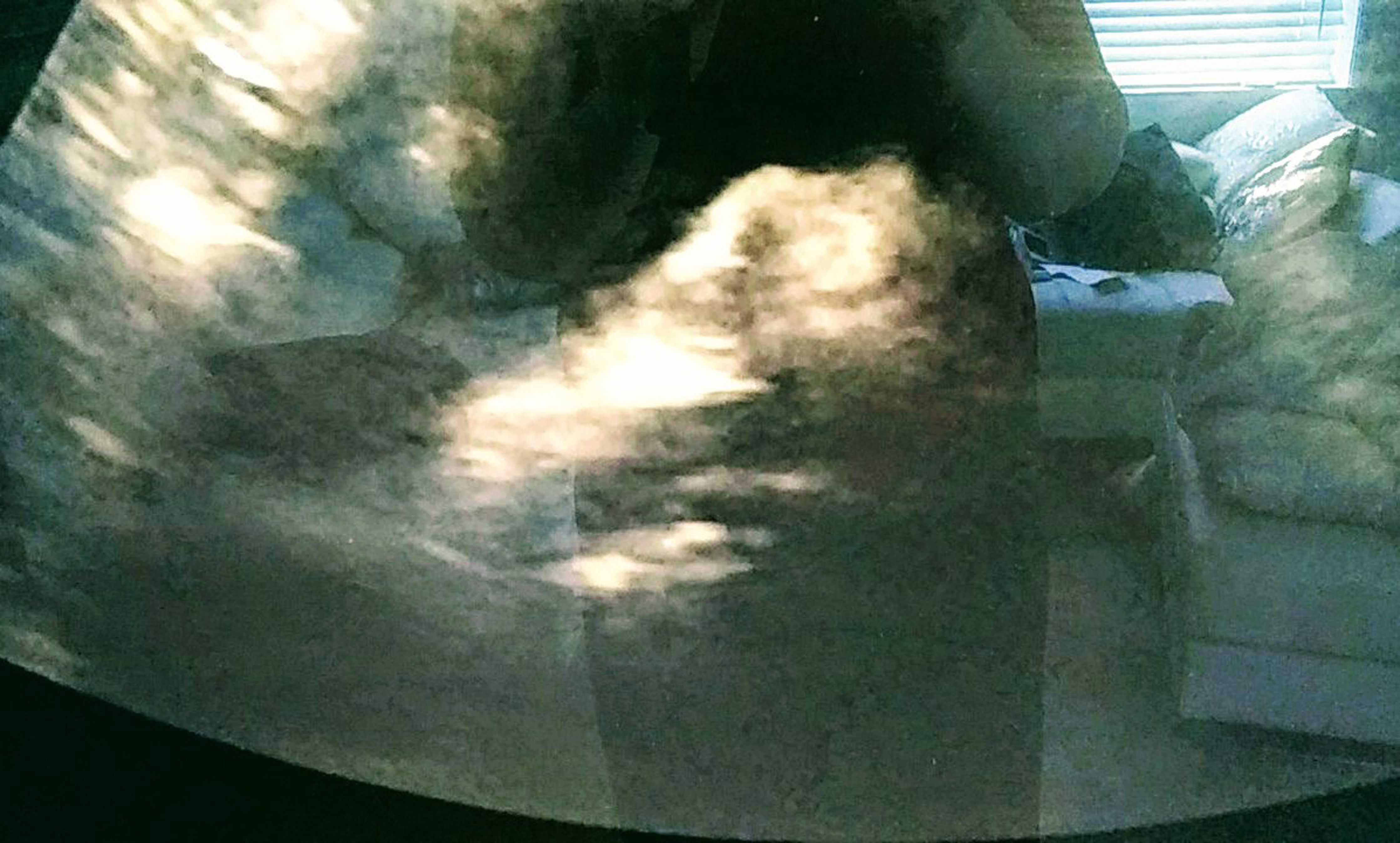 She said: "I returned to see a midwife a week later, who confirmed I was 12 weeks pregnant but she was unable to find a heartbeat.

"All I remember was crying, heading to my car and bawling as I begged for answers.

"Concerned that I hadn't miscarried, she instructed me to go straight to the emergency room.

"There, they were unable to confirm the pregnancy or miscarriage, and instead I was discharged."

After Sarah left hospital, she says her belly continued to grow – leaving her even more depressed. 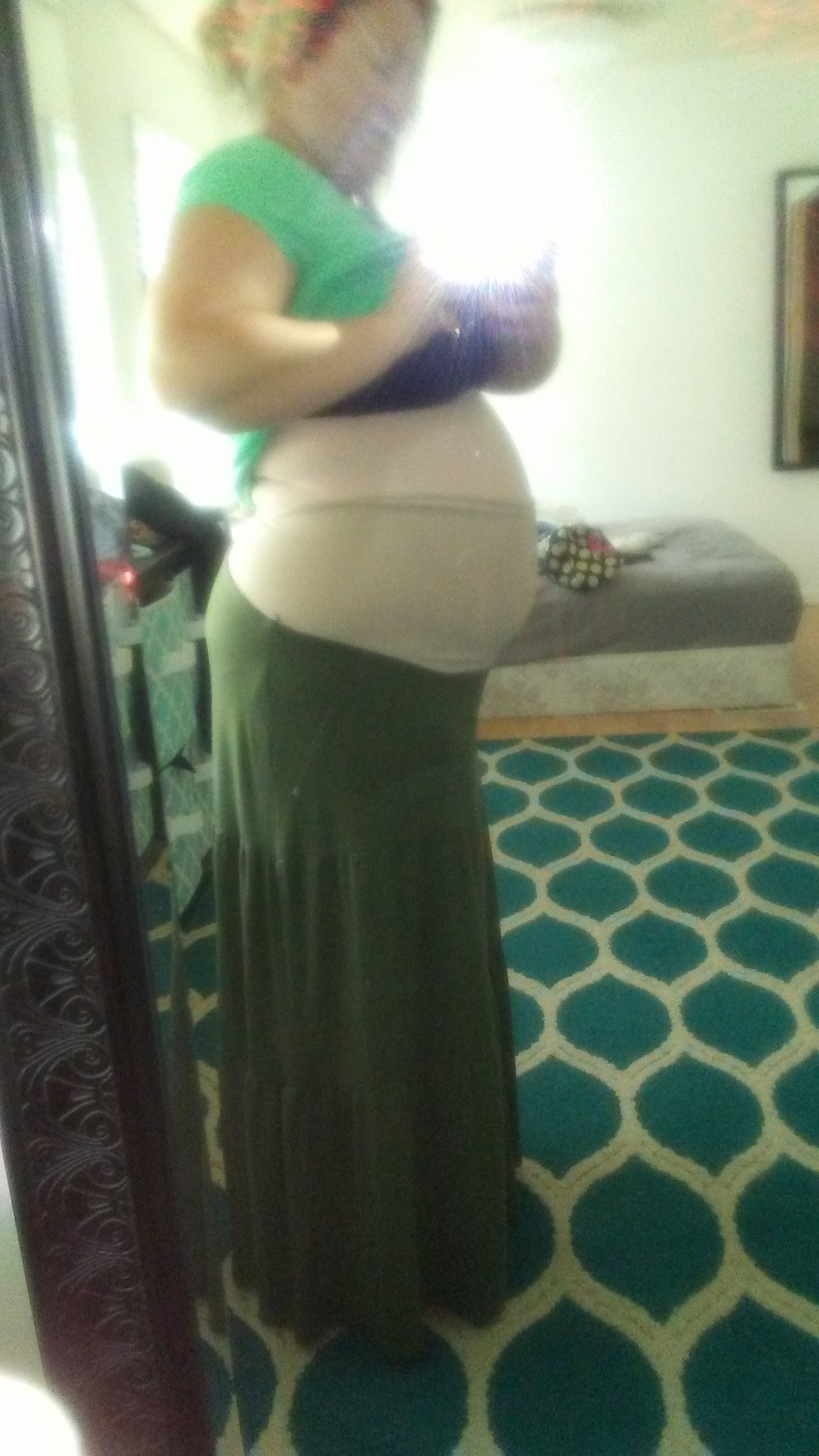 She added: "I'd never been so stressed – I knew I was still pregnant, I never thought I'd miscarried at twelve weeks, but I couldn't confirm it – it made me feel as though people thought I was mad, I was called a lunatic, bullied.

"And when even my own husband expressed disbelief, it was crushing."

And she said confiding in the group helped her feel "like a boulder had lifted."

"The shame of it finally lifted and I felt ready to take on the world," she said. 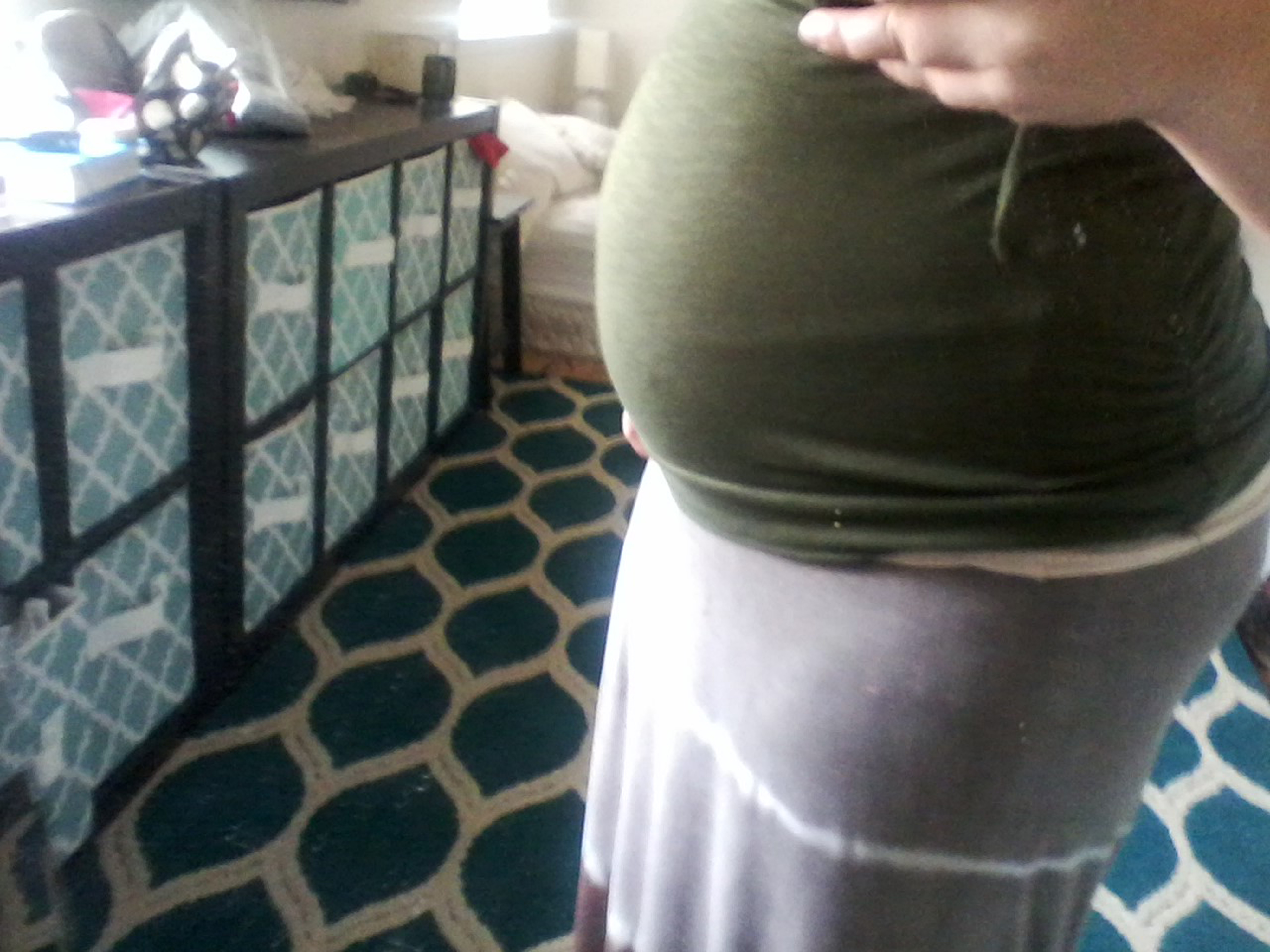 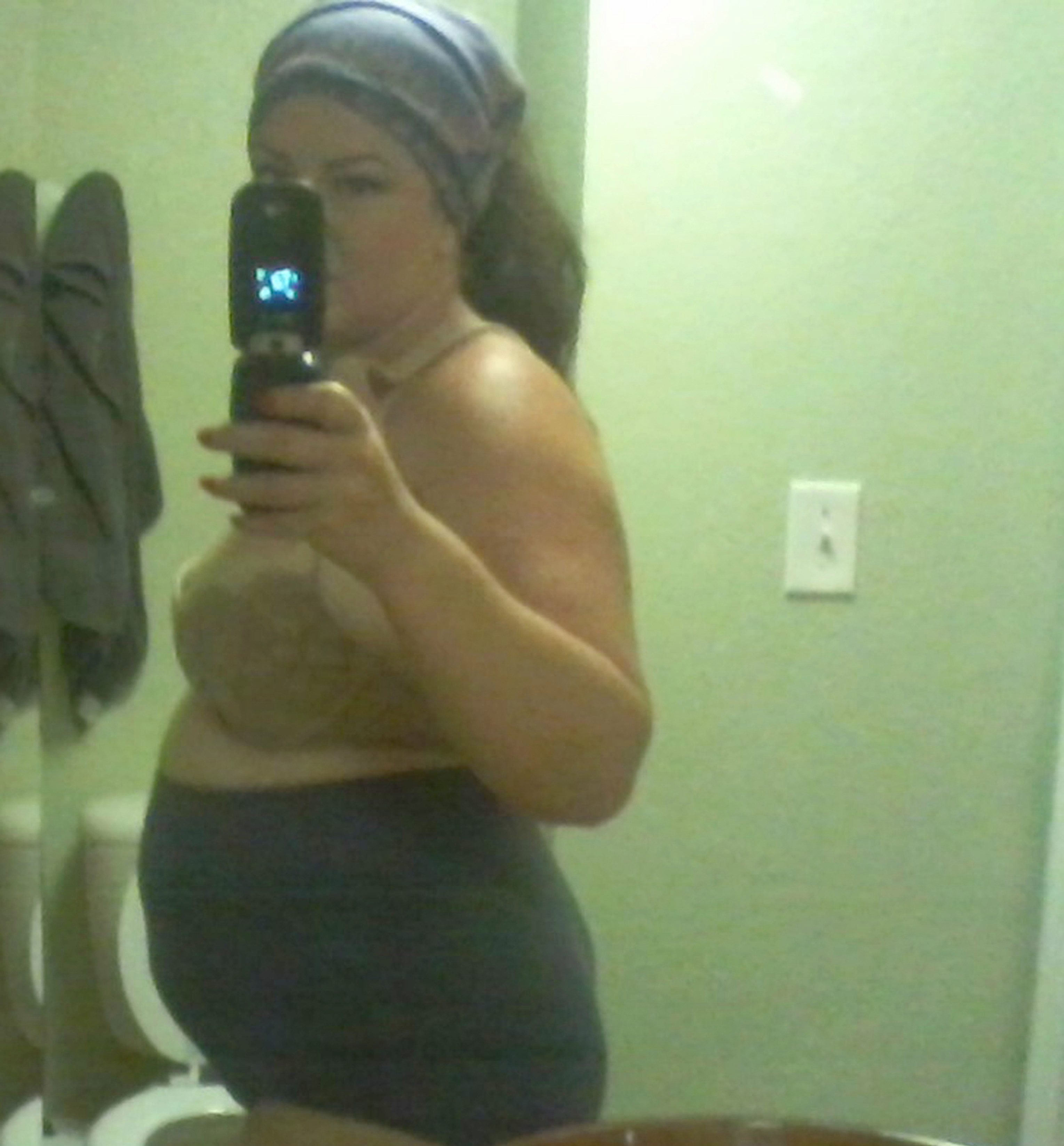 "I took the photos to document the growth, and when I was able to get the ultrasound last month, it finally convinced my husband – he knew that I'd be telling the truth all this time."

Still missing periods, and her belly showing a typical baby bump, Sarah decided to have another ultrasound performed privately – after finding a charity online that described 'cryptic pregnancies' – where the symptoms matched her own.

During the ultrasound, Sarah claims the technician was able to identify the baby, who appeared to be growing very slowly.

The baby is growing slower than normal, but is still very much alive

Sarah added: "I believe I'm experiencing a cryptic pregnancy, where the baby is growing slower than normal, but is still very much alive.

"I've relied on the help I've received from the charity to help me through – I believe that my hormone levels are too low, for a baby to be detected.

"Yet my growth externally is still very much happening, and i'm experiencing all other aspects of pregnancy.

"Whilst doctors have no idea what's going on with me – they think that I'm experiencing a phantom pregnancy, where the body tricks itself into thinking it's pregnant.

"Cryptic Pregnancy Awareness has helped me massively, and it's through them I became determined to have another ultrasound. 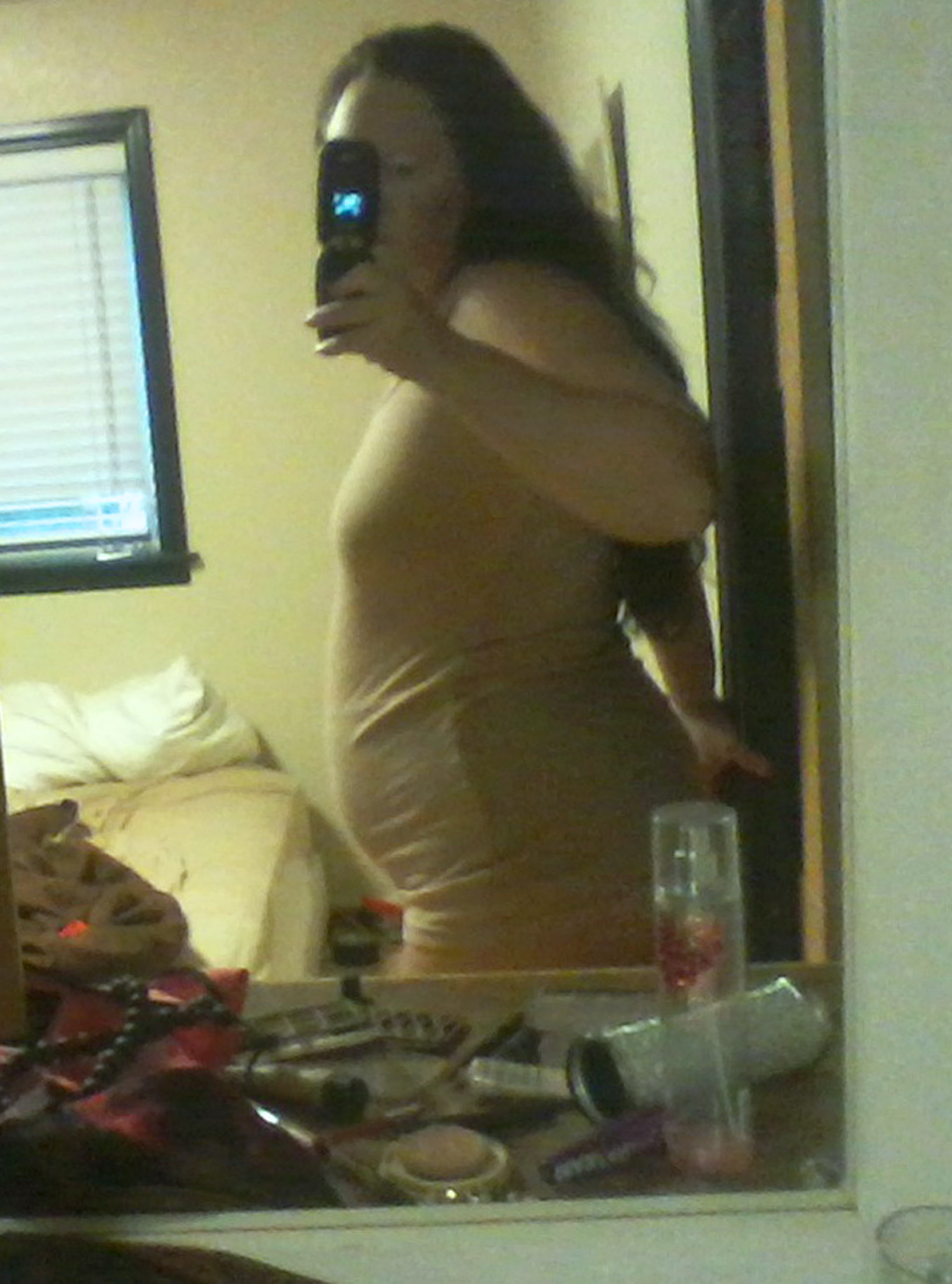 What is a cryptic pregnancy?

Source: Helen Cheyne, professor of midwifery at the University of Stirling

"I think I'm having an extended pregnancy due to slow growth.

"On these scans, it's clear – you can see the baby and now, my husband believes I'm pregnant too.

"It's like a weight has lifted, and I can't wait to meet my baby."

Sarah claims she has lost friends due to her situation as they are "confused" by her pregnancy timeline.

She added: "When I reached what should have been nine months, people kept telling me I was too small, I couldn't be.

"My church pastor even called me into his office, to tell me that if I was pregnant, I would give birth in nine months – so I needed to stop telling people. 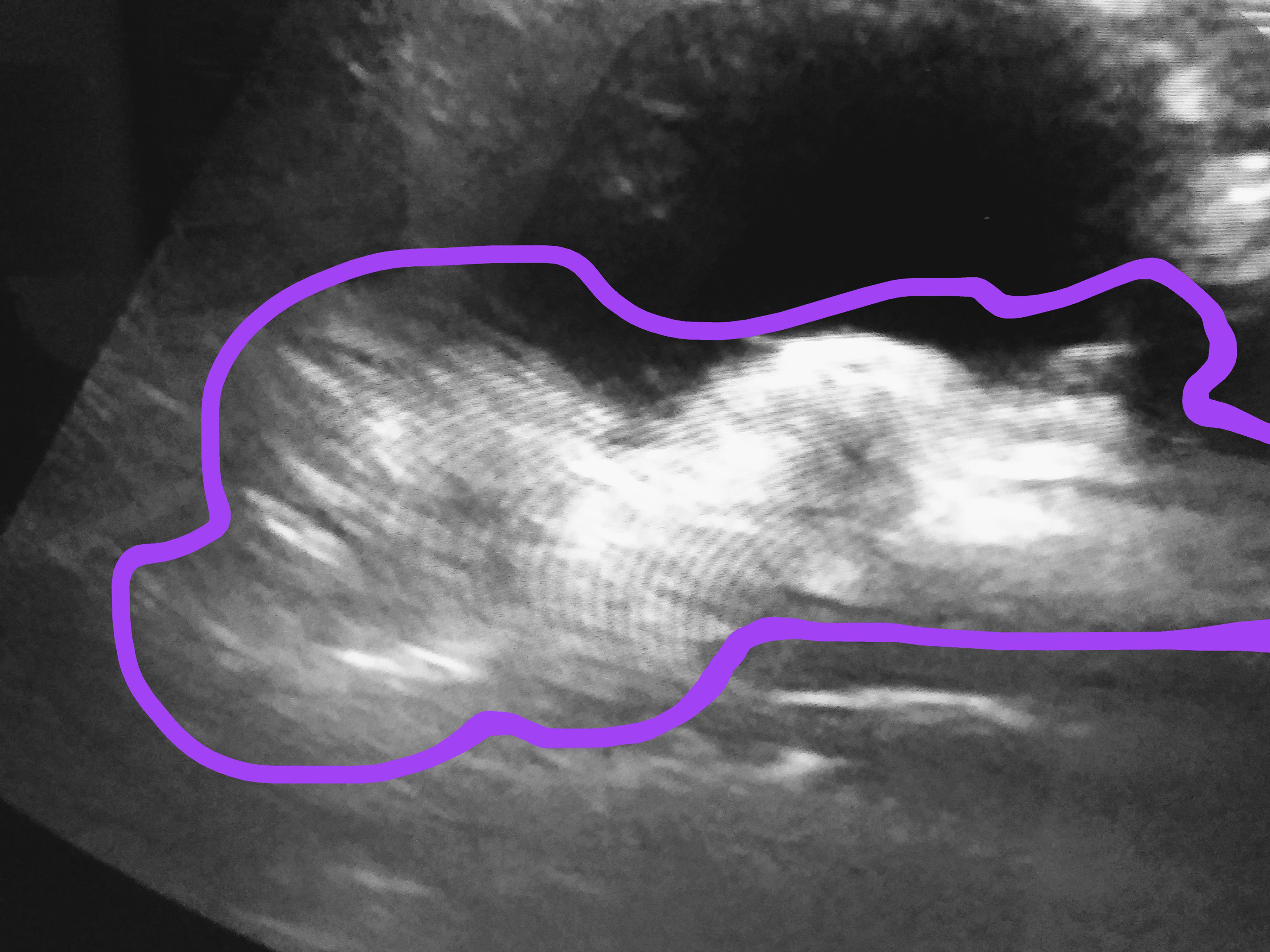 "But I couldn't live a lie – for over a year, my own husband didn't believe me."

Sarah says she is now looking forward to meeting her unborn baby and telling them about everything she has had to endure.

"I'll be sure to tell them of the trouble I've had to get them here – but anything will be worth it for the miracle of having my child," she added.

"I'm unsure of the due date, as the technician was unable to work out how far along I was, but I'm hoping to get that confirmed soon.

"I truly believe I have been pregnant all this time." 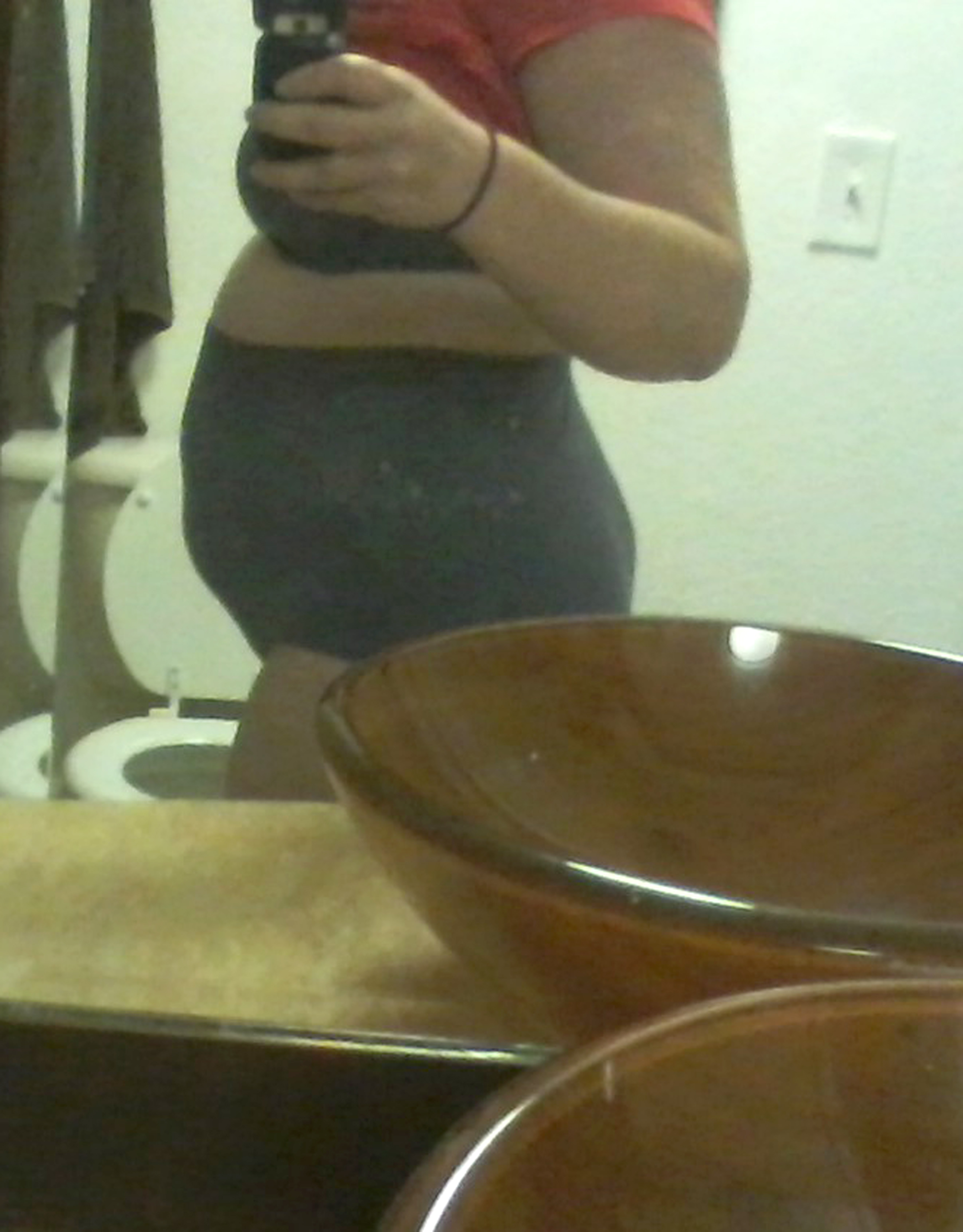 She said: "There is no possibility that this experience is related to a healthy, viable pregnancy.

"Instead is likely to represent a form of phantom pregnancy, which is an acknowledged form of pregnancy-related pathology.

"This condition was first documented many years ago and is thought to be more prevalent in women with a difficult past obstetric history, which can include pregnancy losses, miscarriages, stillbirth and other complications."

Miss Henderson said while some people claim phantom pregnancies are "all in the mind", that is not true.

She added: "Sufferers have been documented to show some of the classical physical symptoms of pregnancy including morning sickness, weight gain, abdominal distention, fluid retention and breast changes.

"Many actually present at antenatal clinics for obstetric care, including ultrasound scans and blood tests.

"The mechanism whereby these changes can arise is not fully understood and, unfortunately, this condition often remains poorly diagnosed and managed."

Sheena Garrett, founder of Cryptic Pregnancy Awareness, said: "Cryptic Pregnancy is medically known and recognised as the pregnancy that goes undetected until approximately 20 weeks, or even until birth.

"However this is the other side of this – where the women are well aware they're pregnant but tests fail to pick it up.

"This type of pregnancy involves a hormonal imbalance with various significant causes and due to the lack of, or very low levels of the pregnancy hormone HCG, many women are falling through the cracks.

"We believe that because of the hormonal imbalance, and issues with the placenta and uterine – like an incarcerated uterus or having a "tilted" uterus, these pregnancies are typically extended gestation, or post-term pregnancies."

Hannah Asked Tyler Out On ‘The Bachelorette’ Finale & It Was EVERYTHING