A WOMAN has revealed her controversial decision to add peas to her full English breakfast – and it's divided the internet.

Jessica M's fry up started off normally enough, with sausages, hash browns, baked beans, eggs and bacon – as well as a plate of toast on the side. 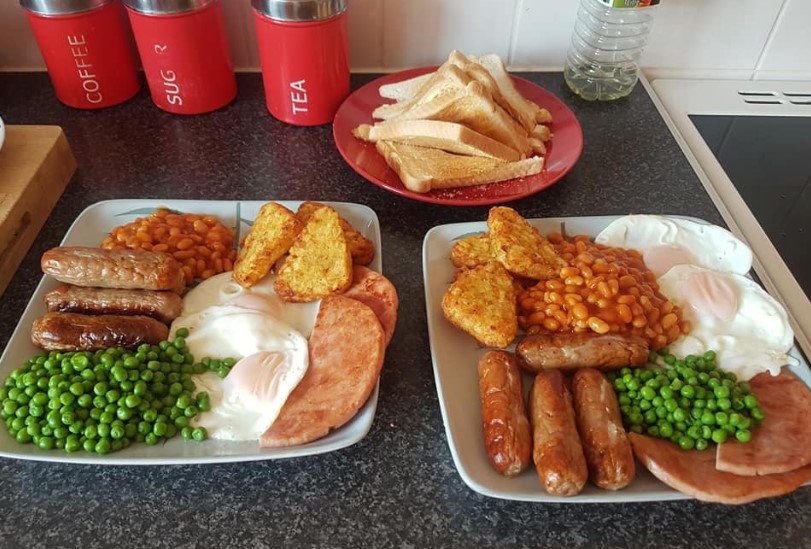 But the addition of greens on the plate looks rather out of place – and some have labelled it "criminal".

Commenting on Twitter's Rate My Plate, one disgruntled Brit wrote: "It's a criminal offence to consume peas before noon.

"PS. Especially when you have beans. Beans are your 'morning pea'."

Another said: "Peas and beans on the same plate? For Breakfast? You should be on a register for this." 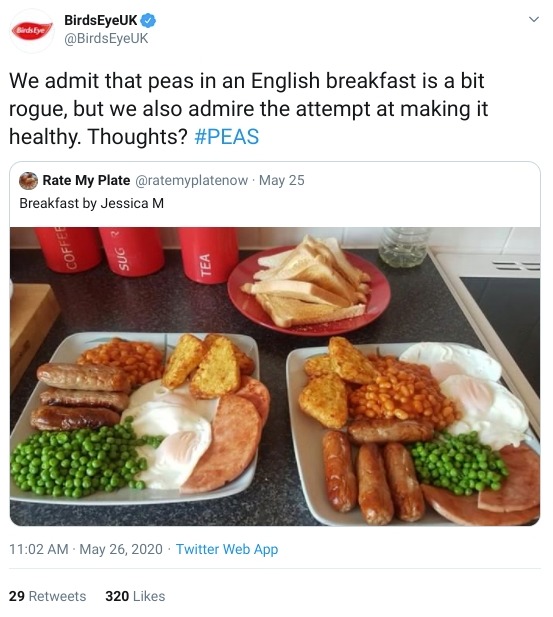 Others described the meal as "sacrilege" to the great British classic.

Birds Eye even waded into the debate, asking: "We admit that peas in an English breakfast is a bit rogue, but we also admire the attempt at making it healthy. Thoughts?"

Some of their followers loved the idea, writing: "I will almost always take the peas at every opportunity."

While another greens fan said: "Give peas a chance".

But the majority were still firmly in the 'no' camp. One lad asked: "Making it healthy? It's a heart attack on a plate. And some peas."

In more foody news, this mum revealed her genius trick stops chopped apples from going brown and it’s so easy.

UK Covid lockdown rules: The ultimate guide to what you can and can't do in lockdown areas